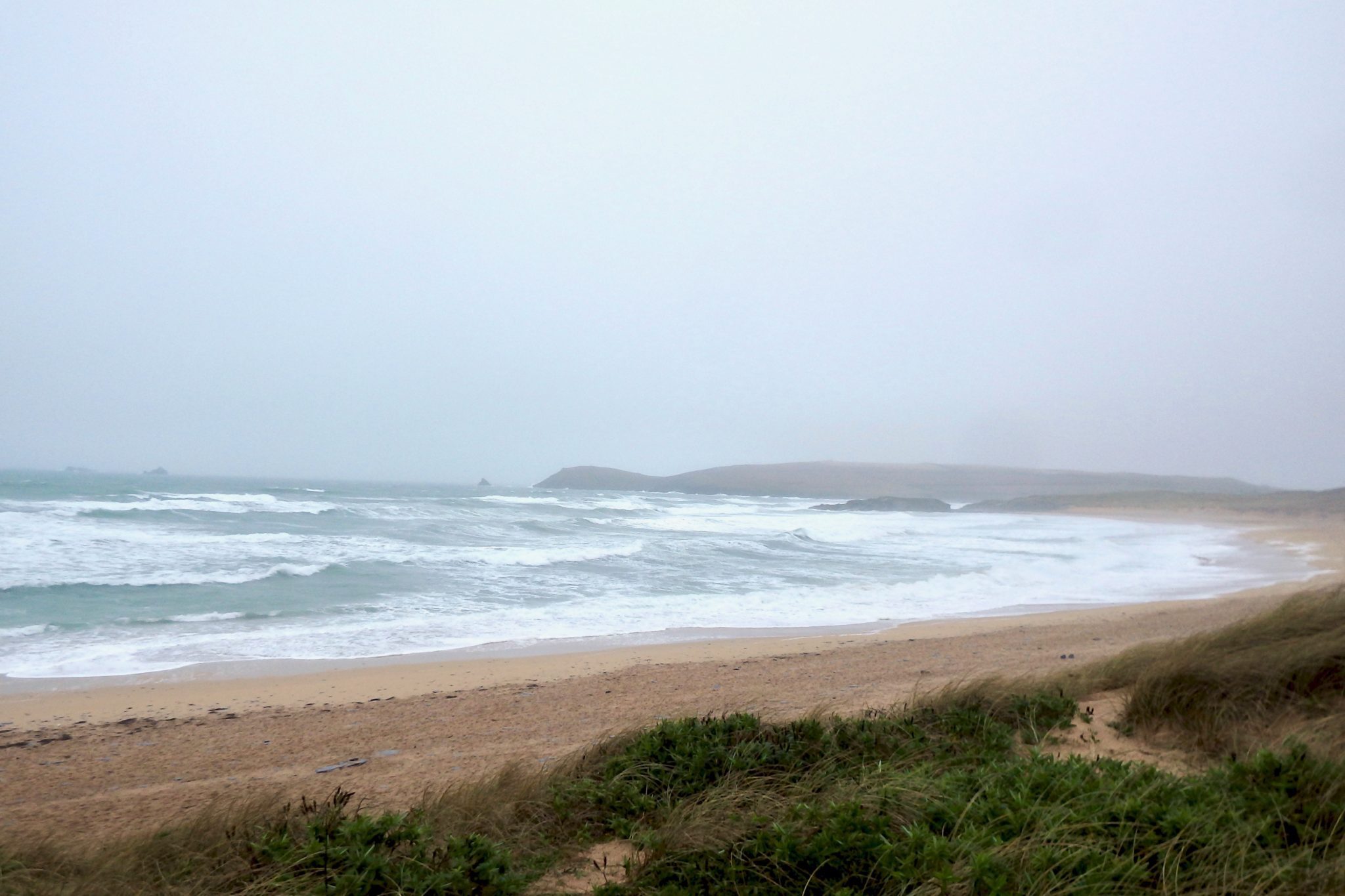 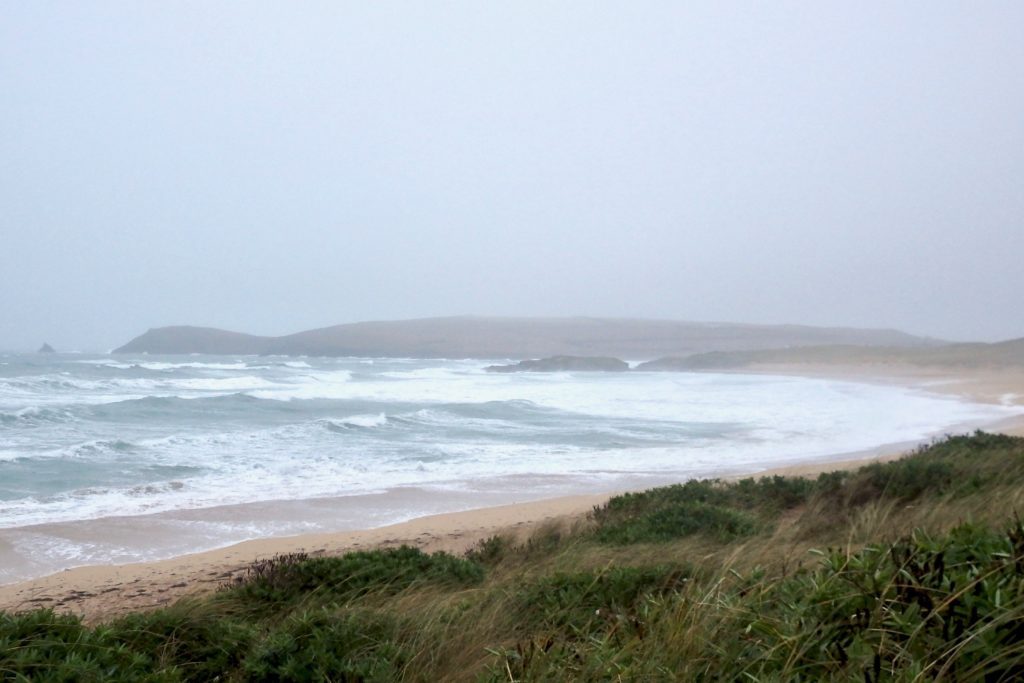 These grey and mizzle filled days are becoming the norm of late, that grey sky merging with the grey sea merging with the grey land.
But at least today the wind has started to shift away from that annoying nor’ west direction, a milder westerly now blowing and feeling as though a south westerly is on its way.
So the three to four to five feet of bumpy surf is still slopped and chopped but at least there’s a chance of Harlyn having some cleaner conditions on offer later!

MIDWINTER STORM FLASH SALE!
This weekend 10.30 Saturday thru 4.30 Sunday!
We are loving these weekend giveaway sales and not loving all these onshore storms! So to cheer you up we are having a massive storm of a sale! We have a load of Xcel and Vissla wetsuits, many at 1/2 PRICE! And we still have a handful of 1/2 PRICE Patagonia suits. And a bunch of Ladies1/2 PRICE suits too! Plus up to £200 OFF some surfboards! REEF shoes 1/2 PRICE and up to 40% OFF Patagonia and Vissla and Reef clothing! So drop in on us this this afternoon! 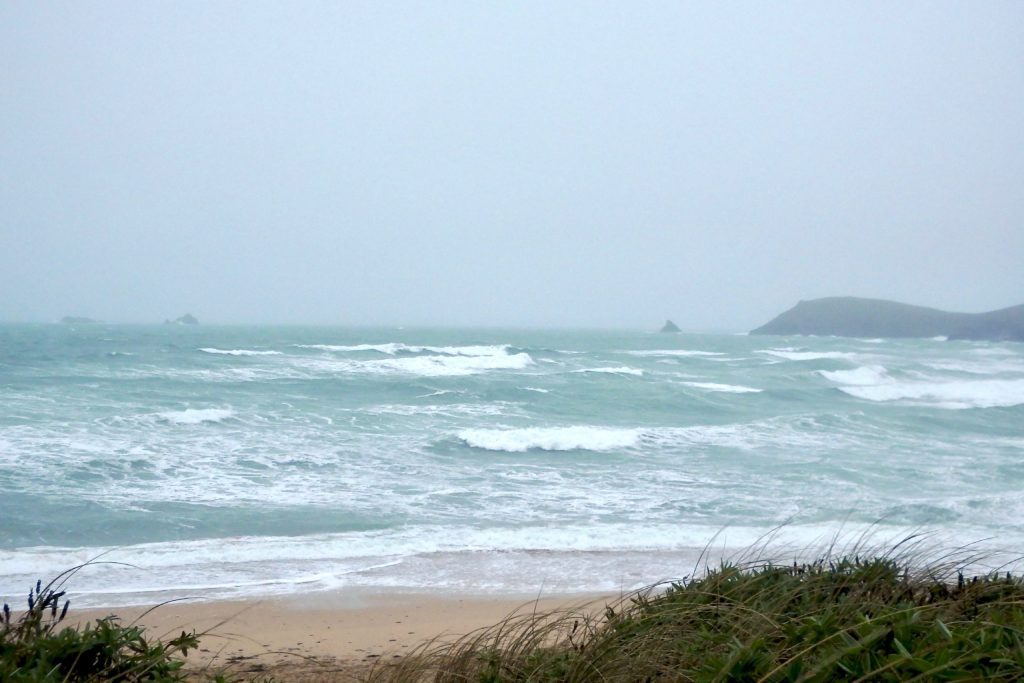 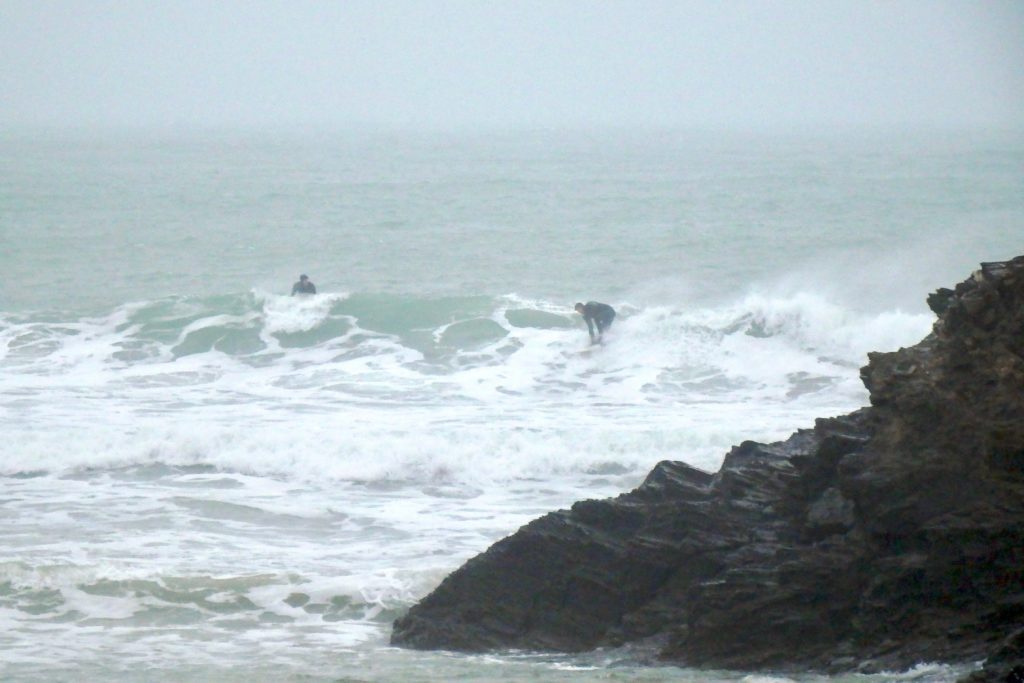 The wind is scuttling across the bay from the west this morning, not quite ruining the surf as much as those north westerlies have been for ages but not being that kind to it either.
The set waves look like fun and there are a handful of guys out who seem to be having some fun.
Give it a few hours though and it should all be a bit cleaner and more organised.
Yep, I think that we can look forward to a drizzly, mizzly, overcast and breezy Harlyn afternoon filled with cleaner and snappier and bigger low-tide hollowed waves. 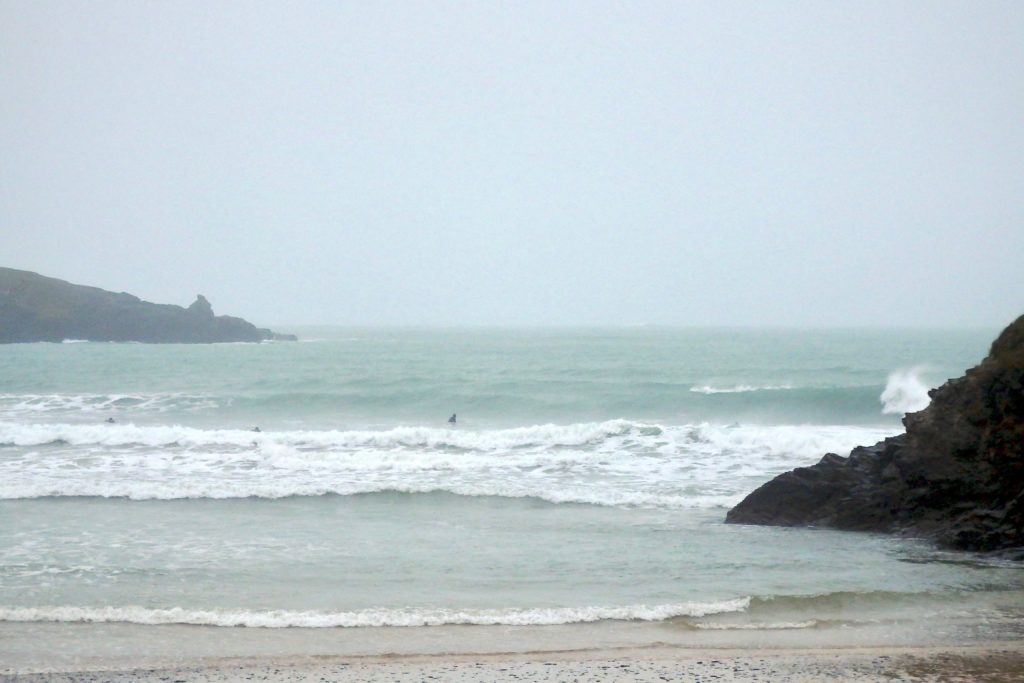 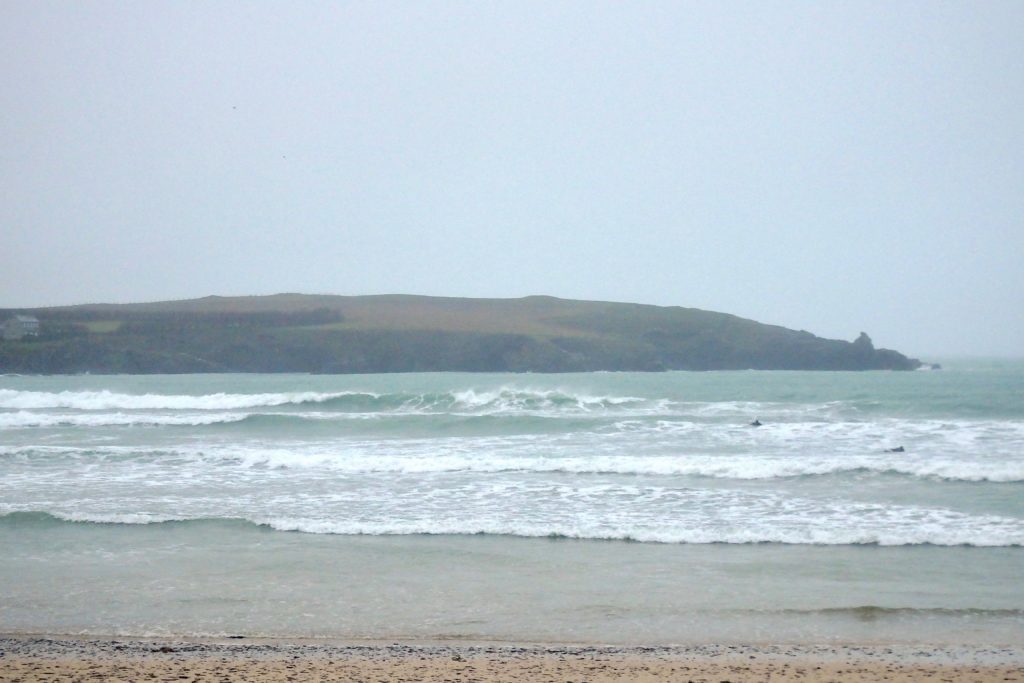 Don’t be too let down by waking to more onshore north westerly winds, there should be a switch to the south west by the afternoon, allowing Harlyn to come alive!
The swell should have built considerably overnight and there might even be a little bit of clear sky here and there too! So if you are feeling like a surf feat you could maybe hit the south coast through the morning and shuffle back to Harlyn or somewhere like it for the afternoon!

It looks as though we should be enjoying some south westerly winds this week, along with some more thick, heavy and sizeable rolling winter swells.
Although those north westerly winds are going to open the week with onshore conditions all along the coast, the wind should veer to the south west soon enough, still onshore at our favourite breaks but offshore at our sheltered north facing breaks.
Those wintery swells are going to build into the week too, getting into the ‘big’ range through midweek and maybe getting real big by the back half of the week.
But you know what will happen then don’t you? Yep, the wind will kick back to north westerly, just to chop and slop those big, big waves!
Thank goodness for the south coast! We have had some fabulous surf over over there since the start of the year and it looks like that is set to continue through the end of this week too!
So, shame about the weather but with just a little bit of looking and seeking we should find some excellent conditions each day this week!
Have a great week, wherever you are and whatever you’re doing!