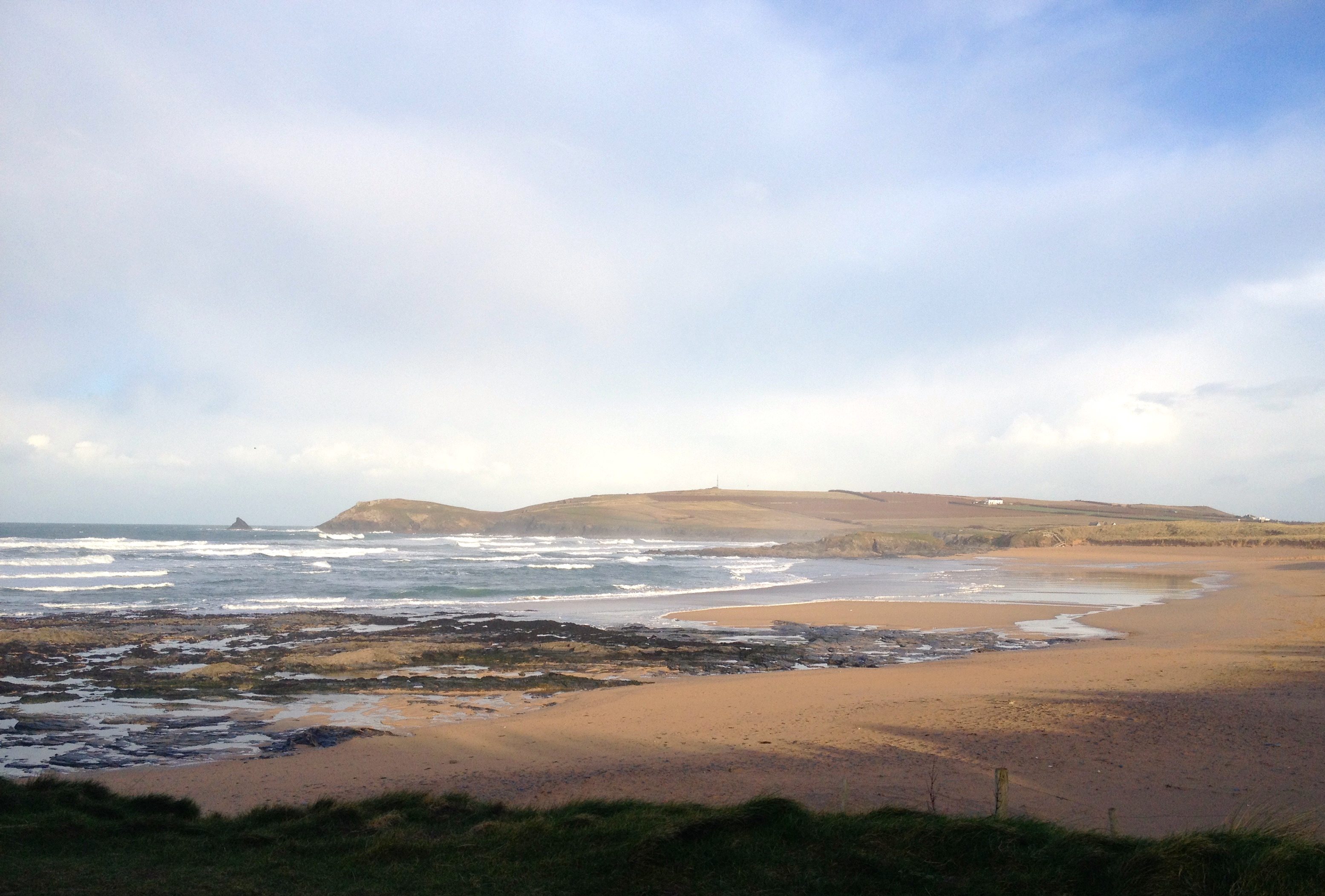 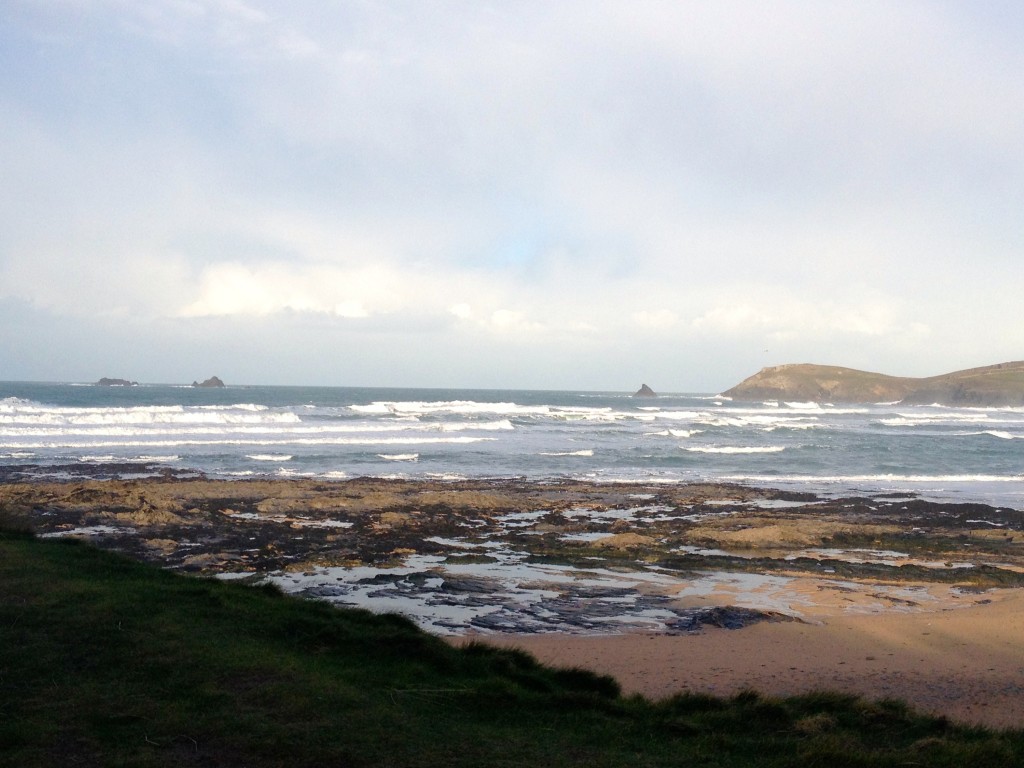 Ah, late again, yesterday’s dawn over Bodmin Moor being replaced by today’s dawn over Truro.
And it is a much brighter and shinier morning this morning, the temperature a full 5 deg C chillier in Truro than here (7 deg C here, a mere 2 deg C there). But it still feels chilly in the wind, indicating that that air has travelled from colder places.
So, the north westerly wind, much, much calmer than the last week or so is still strong enough to chop and slop the surf. And there is a lot less surf than yesterday, at first glance looking about five feet but then those sets roll through and you have to think more eight to ten feet!
It doesn’t matter though because it has no shape, the wind, quieter as it is, is still strong enough to make a mighty mess of those waves and it’s starting to strengthen again already.
Nope, it’s a great place for a stroll in solitude but you might not want to surf it today. 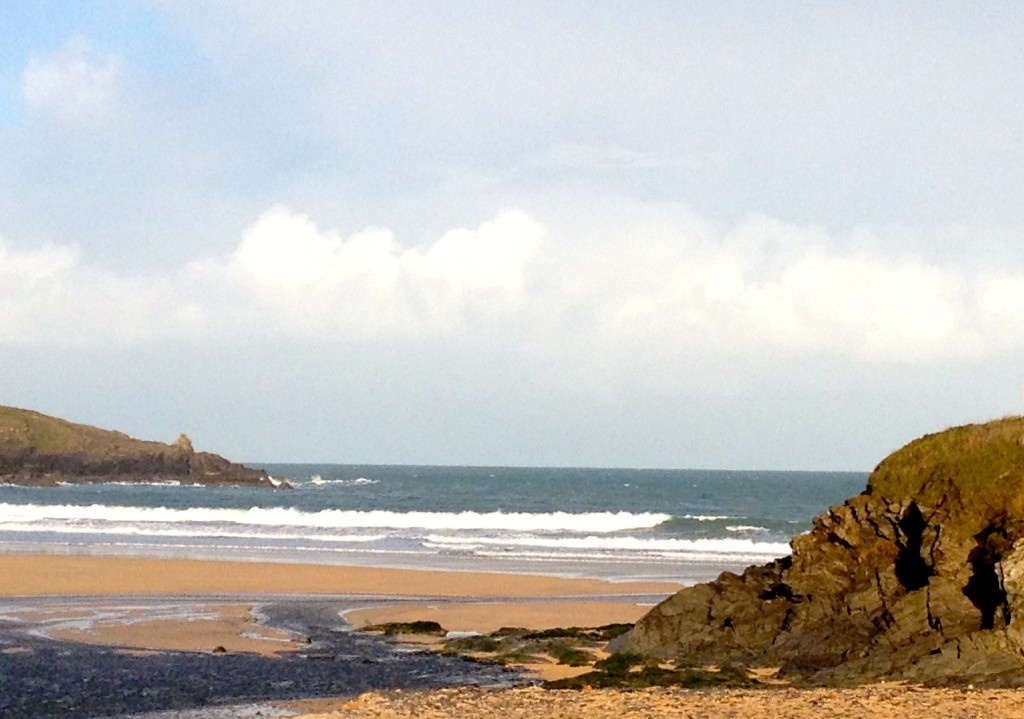 That north westerly wind is managing to gnaw its way straight in here again today as well, straight onshore and strong enough to make things choppy, sloppy and uninviting.
There’s that weirdness of a regular three to four foot swell slopping its way to the beach, being dwarfed by thick and wide lumps of swell, twice the size, pushing along the headland rocks.
It might be worth a little look back towards low tide but the wind seems to be strengthening rapidly again and there’s no sign that it is going to change direction anytime soon.
No, I think that if we want cleaner waves today then we’re going to head off to the far coast again. It could just be very good over there today, if you know where to look!

It’s looking like a Harlyn Saturday ahead!
The swell is likely to stay in that ‘big enough’ size range, probably allowing a three to four foot swell to swing all the way around and into the bay. The wind is forecast to be more westerly, maybe, hopefully twitching just a few degrees more to the south.
It’s probably going to be more sideshore than offshore at Harlyn but it should be good enough to get some of those sand-sucking Harlyn barrels. In between all of those sand-drubbing close-outs that is!

Those strong winds are likely to continue to dominate through the weekend. Gales and storms continue to line up to blow our way well into the start of next week.
And so Harlyn is the place to check locally again. Our winter sanctuary and home to some bowling right-handers amidst a host of thumping close-outs! You have to be nimble of foot and sharp of mind to really enjoy Harlyn, especially at low tide. But it is our winter salvation, the place to head for when most other places are blown out.
Saturday will see those fresh winds blowing smartly from the west, needing only the slightest of nudges to be blowing clean offshore at Harlyn but maybe not quite managing it. We’re more likely to be enjoying three to four feet of thick and lumpy Harlyn through Saturday, just a little smaller on Sunday but with a more direct onshore wind.
Sunday might very well be another South Coast Sunday, that northerly wind being more offshore at a lot of breaks over there!
At least the start of next week is beginning to look calmer and coleaner on this coast anyway.
Have a great weekend, wherever you are and whatever you’re doing!