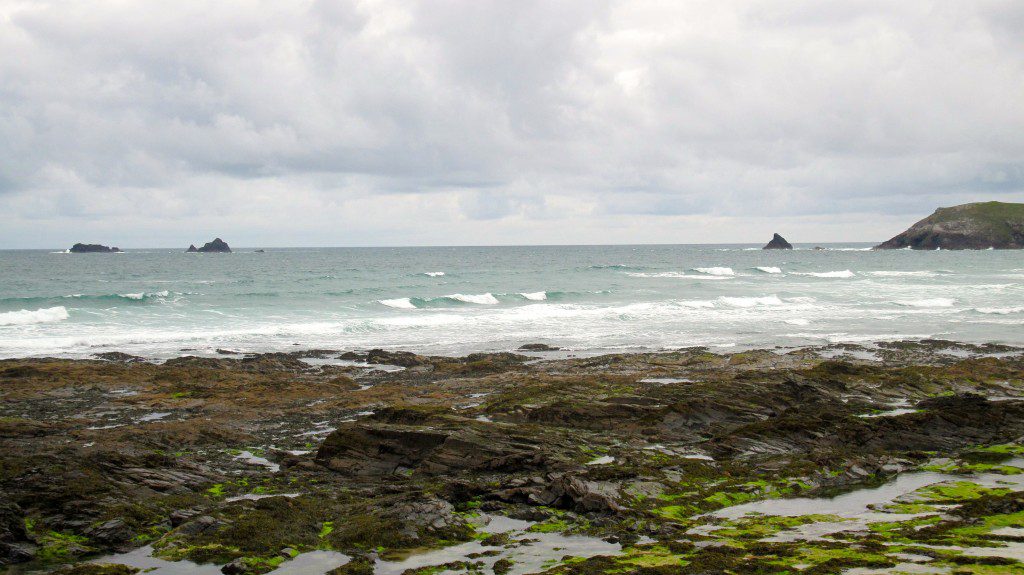 It’s a clearer morning this morning, not much brighter, just clearer.
There’s a brisk westerly wind steadily blowing in with maybe a hint of northerly to it, just adding that chill, while the sky remains a jumble of mixed up cloud, those lumpy layers bumping into each other above the headland.
There’s three feet or so of sloppy surf being blown ashore, a rolling and chopped up but still lined up swell bouncing around in the bay. It’s hardly attractive and it is still chilly enough to look for an excuse not to but if you do get in then I reckon that you’ll have a much better time than you would expect.
But isn’t that always the case?
It should all brighten up and tidy up as the day goes on but we can still only expect a sloppy three foot surf at best!

Do you want to see a brand new Brand of surf clothing and styling sunglasses?
Vissla has just arrived in our little surf store, surf clothing as it used to be; a little more styling, a little bit better made, just a little different.
And d’Blanc sunglasses are in too, Italian design and manufactured.
Watch out for the unfolding stories from Creators & Innovators at www.vissla.com 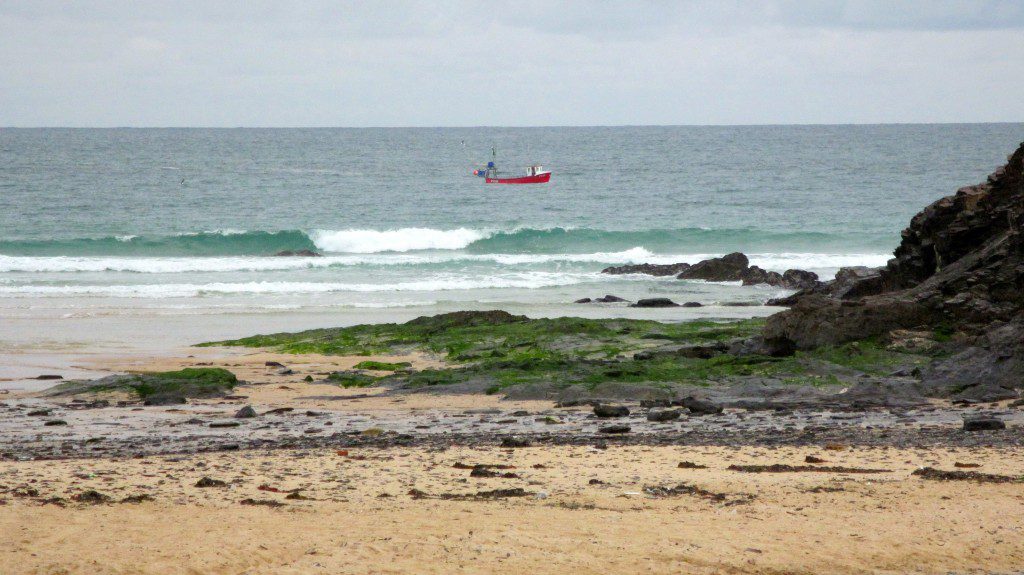 There is a little wave occasionally breaking here this morning too. The biggest ones are a couple of feet and a long way apart but they are there.  And I guess that it will be a little more consistent as the tide rises maybe.
The wind is a little too westerly for it to be clean, there is that bouncy bump to it but if Harlyn is your thing then you’ll be able to ride a wave or two here today.
But it is really the other side that has the surf today, bigger and bouncier but more consistent and surfier.

The wind looks like it’s settling to the north west today and that is onshore everywhere along this coast.
The weather should brighten up a lot as the day goes on and that always helps to make the surf look more inviting but really, the best that we can hope for is three to maybe four feet of onshore and choppier stuff.
I can’t see it being big enough to get around to the far coast where conditions would be much cleaner so get ready to ride some slop!
Bt that can always be a bit more fun than you might expect!

There will be some bigger and more rideable stuff coming through for the start of this week, the wind drifting in onshore while the weather veers from dull and misty and damp and dreary to just about bright enough.
Tuesday should see a decent three feet or more of fun surf throughout the day with those light westerly winds messing up the shape of the waves while blowing mild but pretty damp air our way.
There should be more surf as the tide rolls in through the evenings as well, maybe becoming a decent three feet plus by then.
And that should last well into midweek, getting bigger through Tuesday, settling itself into that fun summer surf range by Wednesday.
With half decent weather being rationed through the week, it does look as though we are in for a pleasant enough but occasionally damp and dreary week of fun surf and mixed but mild enough weather.
Have a great week, wherever you are and whatever you’re doing!