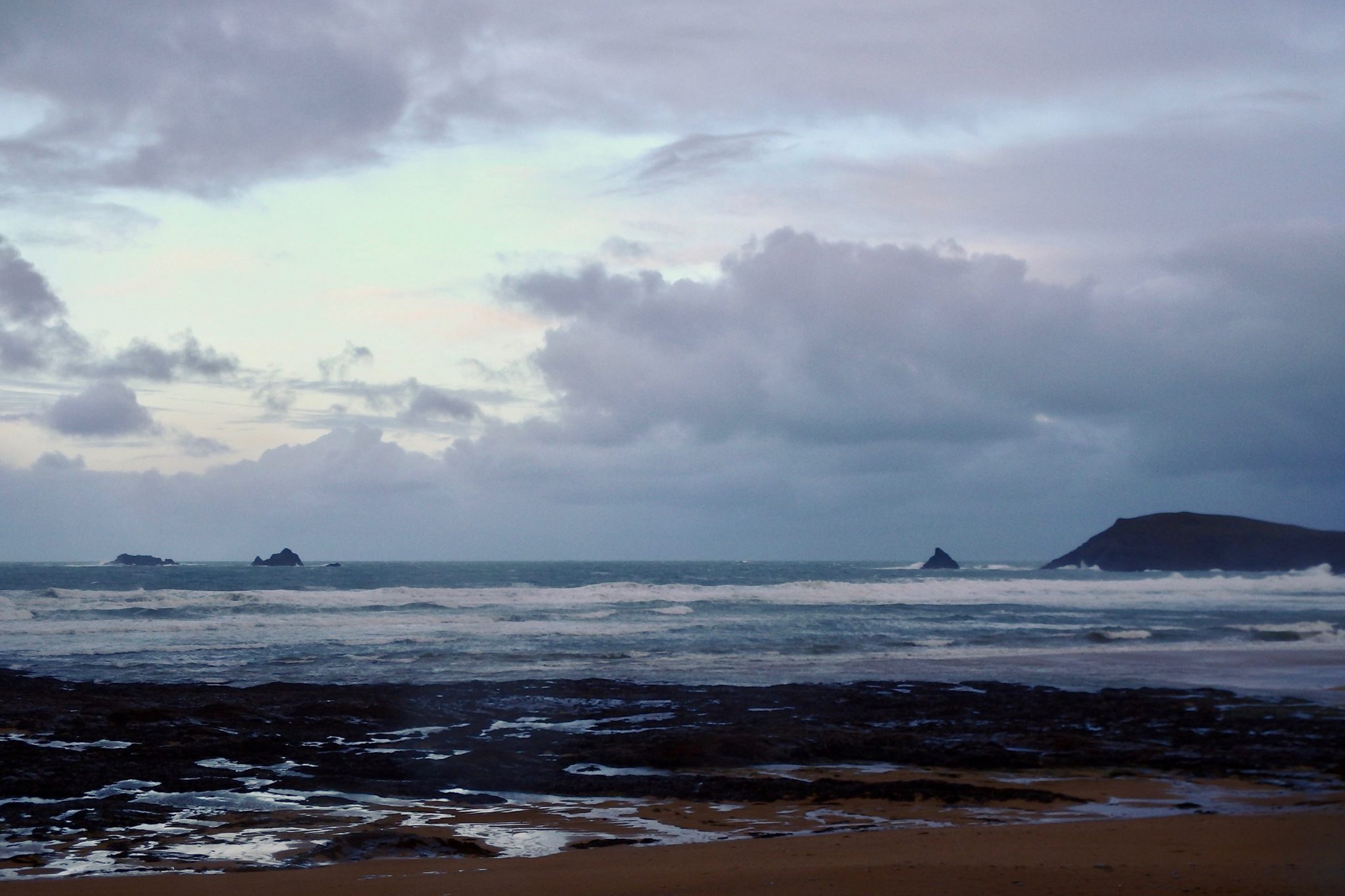 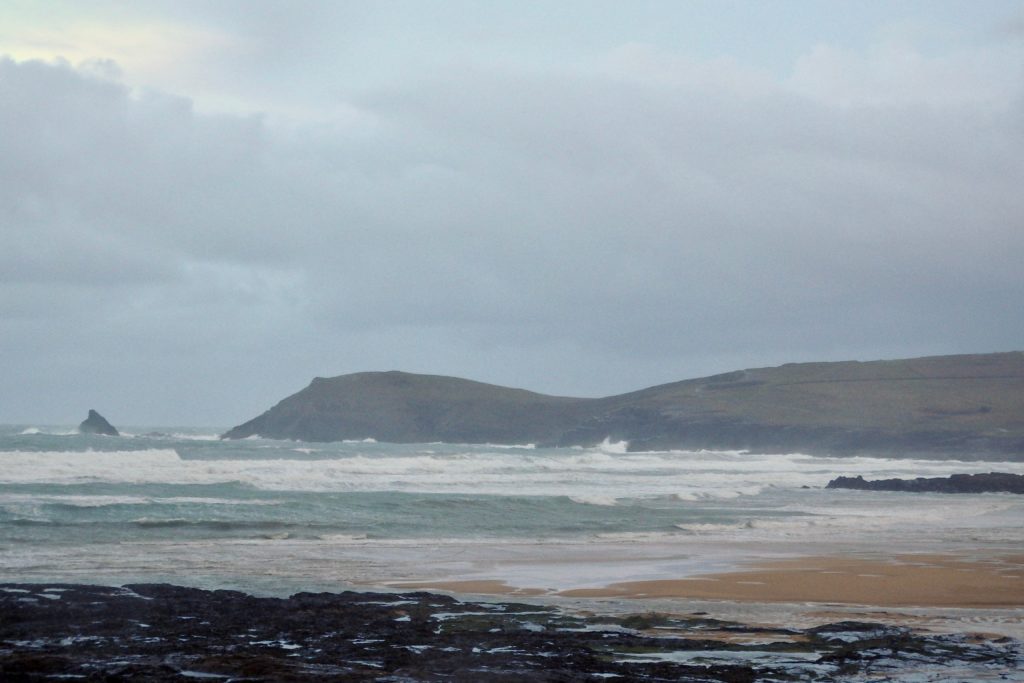 A vicious nor’ wester is battering its way into the bay this morning, flinging stinging rain and sleet ahead of itself while trashing the wild and angry surf.
Five or six feet or so of out of control surf is being vandalised by that nor’ west storm making it all dark and wintery looking and not very inviting at all.
Nope, it’s the south coast or nothing again today! 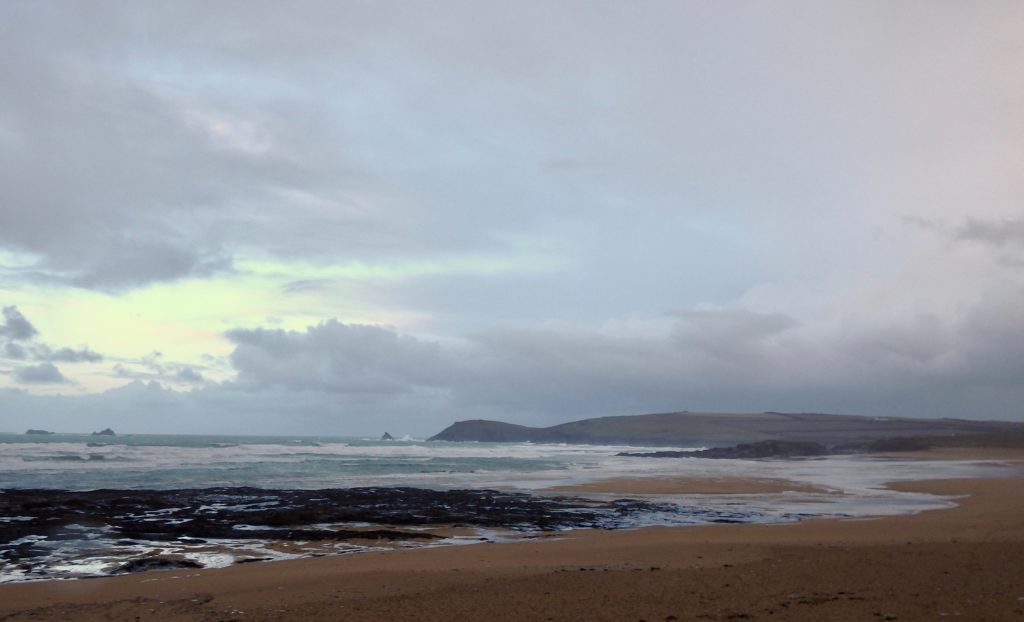 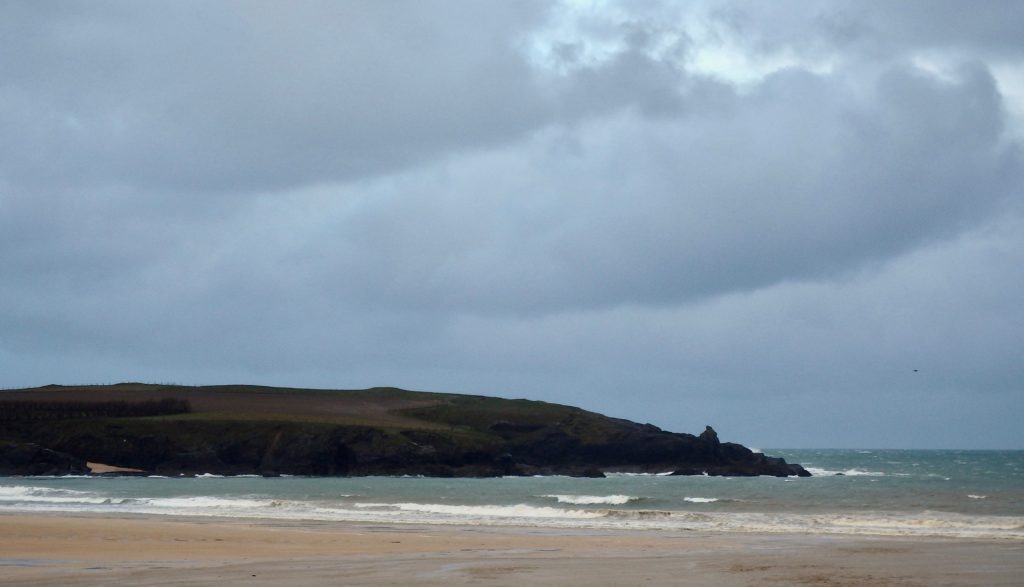 The wind is screeching in here wildly whirling onshore again this morning while the brown and mud-filled stream cascades more riverlike beneath the bridge, backing up across the road and drowning the lower field in the process.
High tide should be interesting but likely it is quite a low high tide again today.
The surf is being obliterated by the storm, not that there’s much surf anyway, it’s all windthrown and gutless stuff that’s fumbling in through the dank darkness. 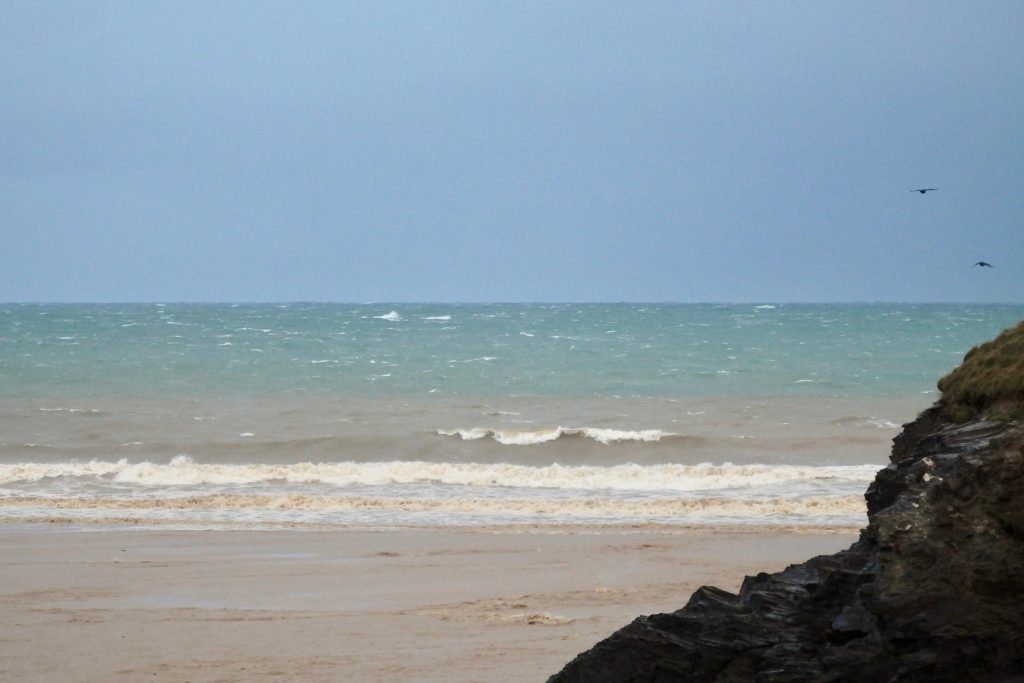 The wind should shift more southerly through this morning, maybe (just maybe though!) backing just a bit to the east.
And that would transform conditions all along the coast.
So we might luck into a midmorning session of three feet and offshore surf in the rain but quickly reverting to onshore, south westerlies by lunchtime. And at least that would let Harlyn clean up a little even if it will only be a foot or two over there.

Another windy and wintery, wild week of storm surf is waiting for us again this week.
The north westerlies of Sunday should soon switch to south westerly through Monday, allowing Harlyn to tempt the school half-term groms in for some fun.
By Tuesday though those north westerly gales will be shrieking down the coastline, blowing out any chance of clean shaped surf anywhere on this coast.
The earlybirds might catch some good surf on Wednesday morning, a small window of offshores cleaning up some decent sized surf for an hour or two before reverting back to onshore.
And then more north westerlies.
A mix of wintery conditions and more howling onshores will see the week out but with the occasional chance of moments of clean, good surf, if you’re keen enough to chase it.
So, a bit of a wild and woolly week for the groms out of school but with enough surf to keep the stoke levels running high with a bit of searching and seeking!
Have a great week, wherever you are and whatever you’re doing!