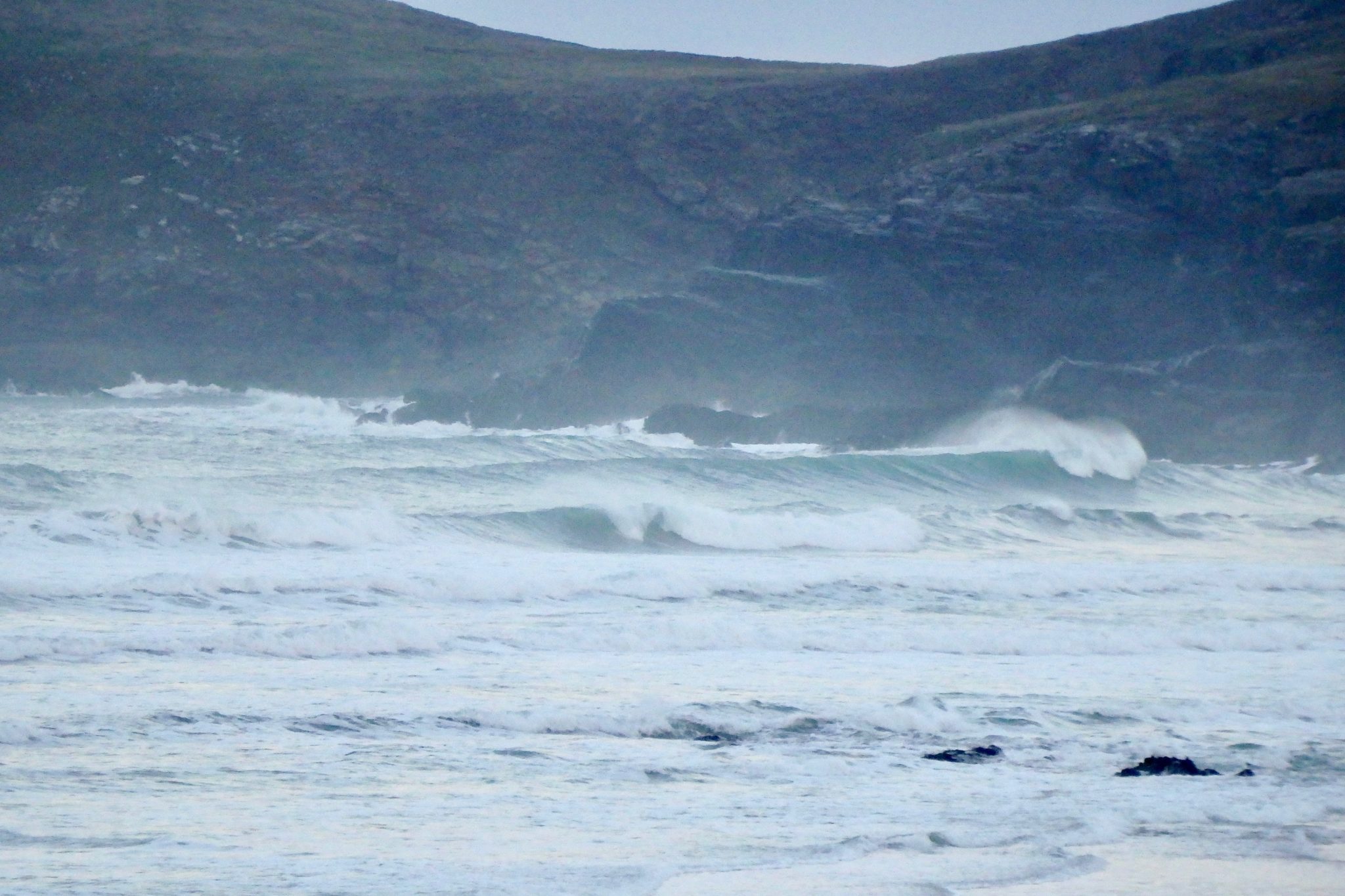 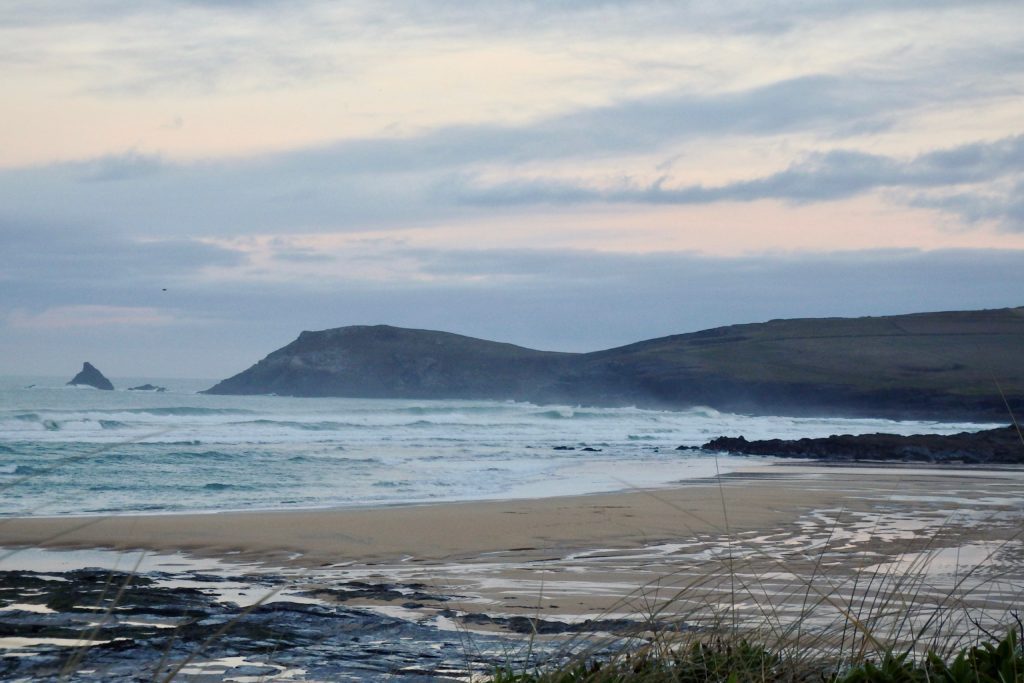 A massive sunrise is bursting over the other horizon this morning throwing golds and pinks, yellows and blues across a clearing sky, almost retina burning after the last how long of dismal drizzle and mizzle.
And so the sky is bright and cheerful, the breeze is light enough to hear the birds squeaking and chattering, gently drifting offshore and the swell is pumping!
Three to four feet of curling and looping peelers are swooping into the bay, all smooth and fast and exciting.
And it should only get better! 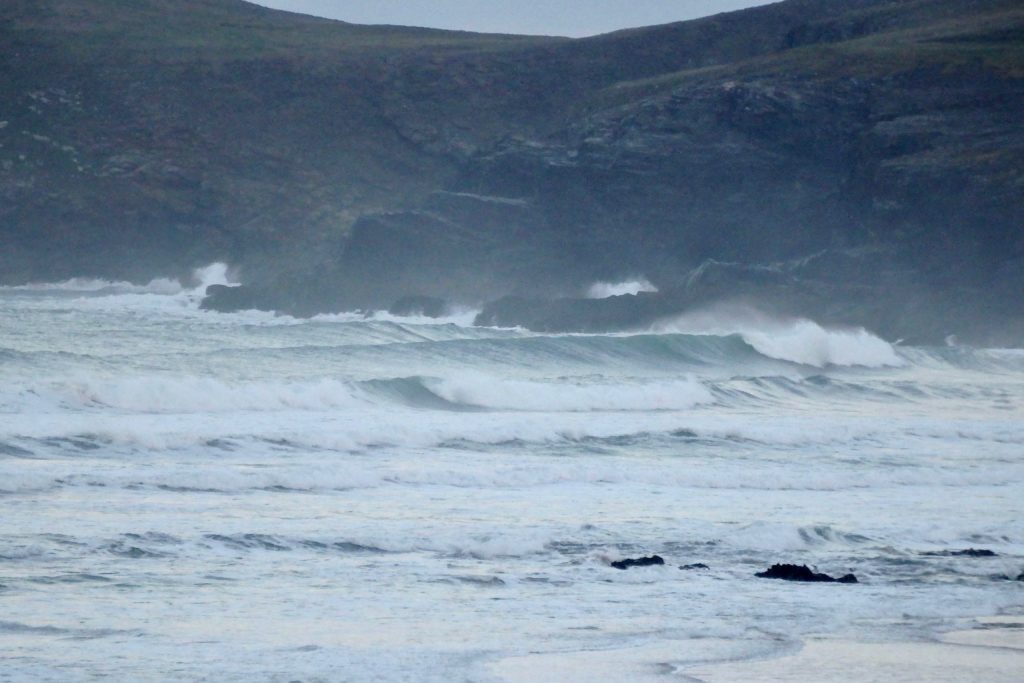 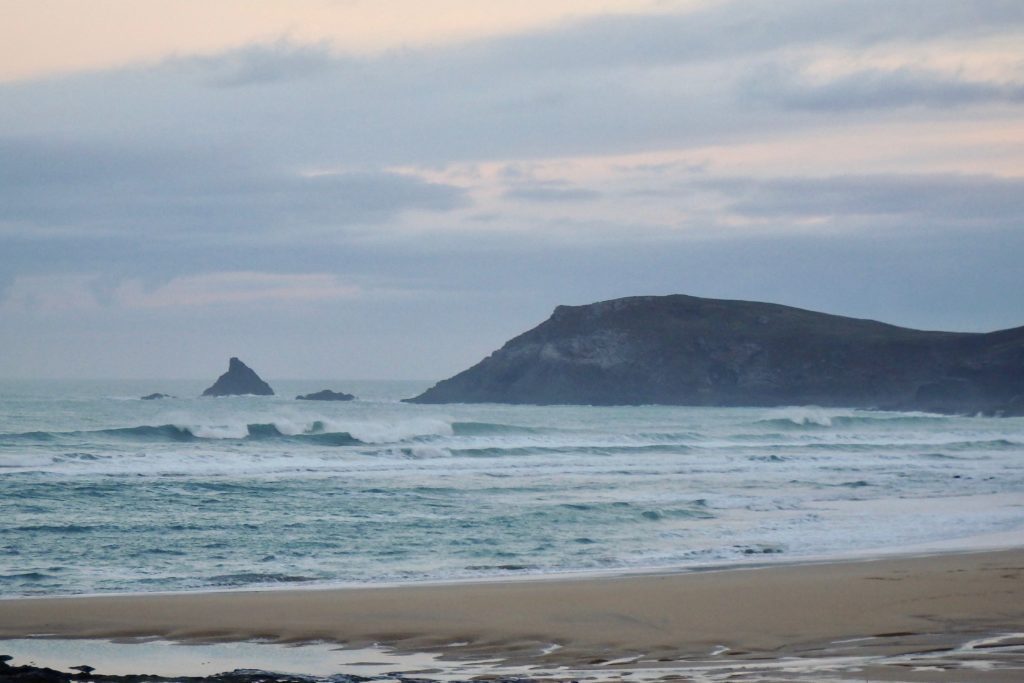 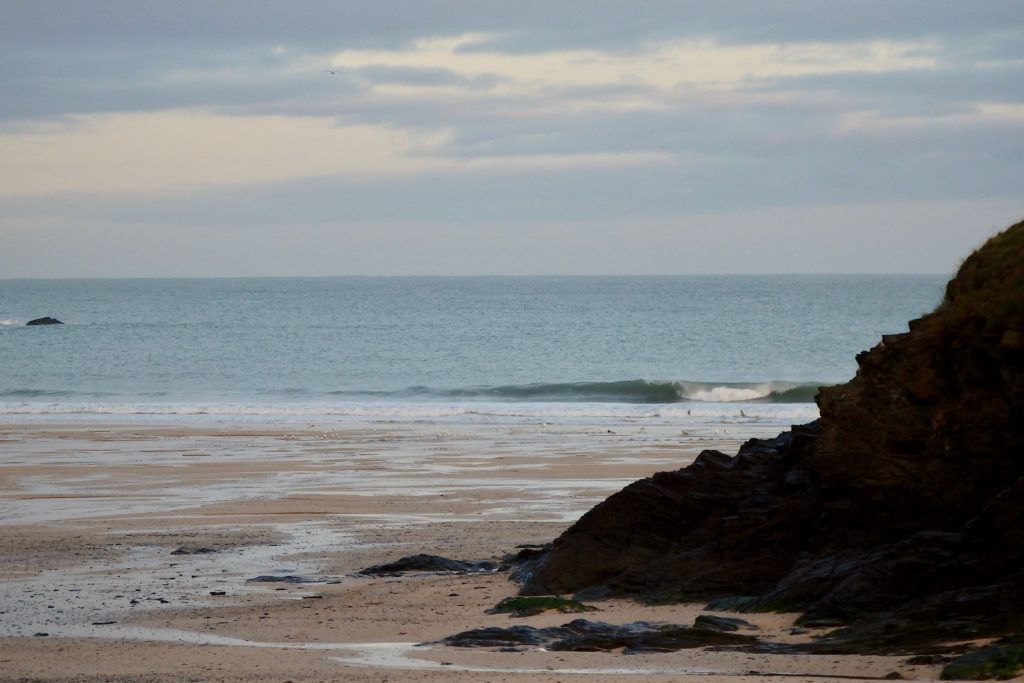 The bay is calm this morning with that kaleidoscopic sunrise exploding at the top of the valley, lighting up some surprisingly little 1 to 2 foot waves that are splashing onto the sand.
An early morning fishing boat is taking full opportunity of the gap between blows to check his pots and haul a few to the restaurants, creating wake as big as those waves in the process.
I’m guessing that this is as flat as it’s going to be though, it is probably that lull that we get a couple of hours before low water. Give it a while and we should see something a bit better (which is what happened yesterday too).
Saying that, there are one or two heading in already and they are catching the odd bigger than expected (but still real small) smooth and snappy glider.
But the other side is pumping and clean. That’s the place to head today! 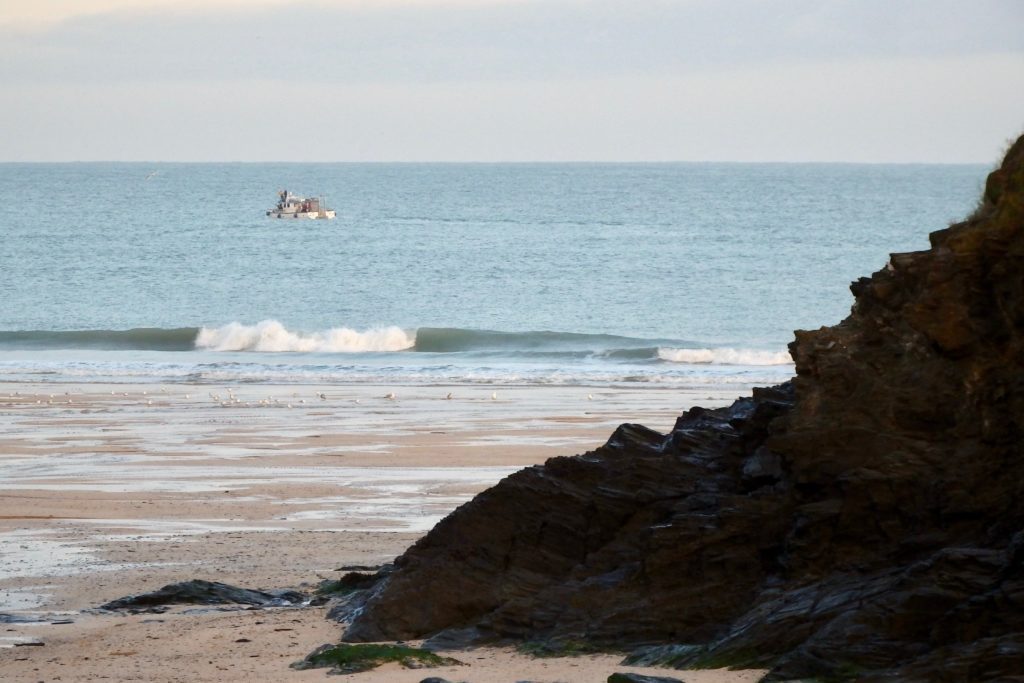 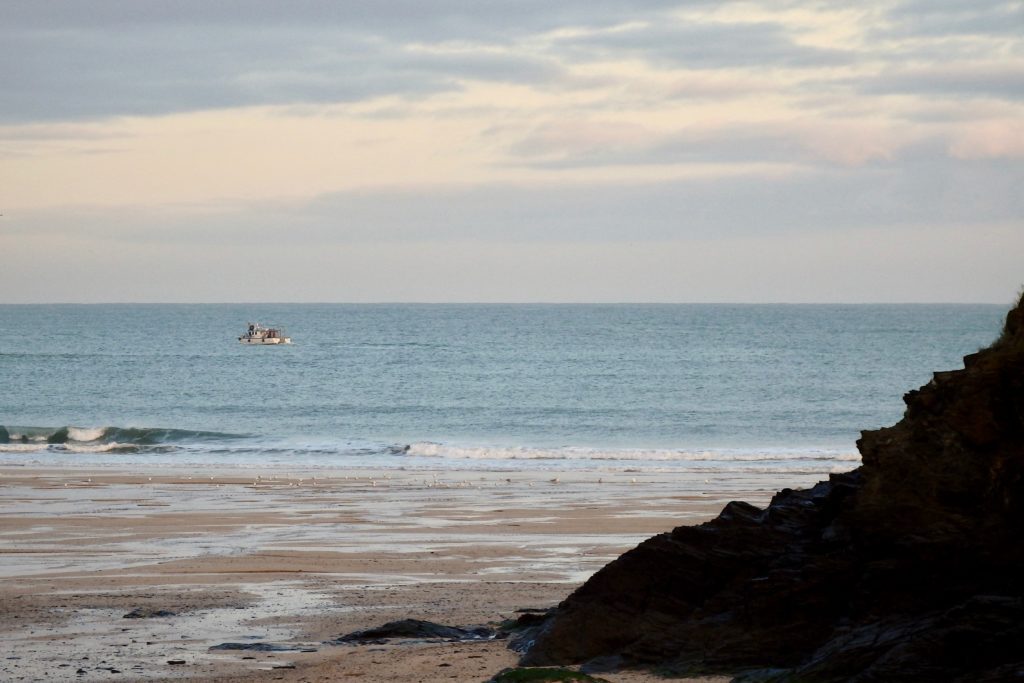 A new swell should be marching our way this morning but, of course those north westerly winds are likely to be blasting their way back onshore all the way along the coast.
It looks like another south coast day agin today!

After weeks and months of predominantly north westerly winds ragging the surf along this stretch of coastline, we might actually see a moment of clean conditions at our favourite surf breaks!
You are going to have to be on it though, it probably won’t last that long before those north westerlies kick back in!
So the week should start out with a continuation of the weekend’s south westerlies, Harlyn showing some of its wintery pleasures.
But if everything goes to plan, that wind should all but disappear overnight while simultaneously changing direction to the south east. And so we should wake up on Tuesday morning to a pleasing and pretty three feet of swell, peeling and rolling off our preferred surf breaks up and down the coast.
That sun should be shining, the birds singing and the waves reeling!
If we’re lucky!
Make the most of it though, we’ll soon be back to those pesky north westerlies howling onshore and pushing a mixed up mess of more wintery surf our way for the rest of the week!
Have a great week, wherever you are and whatever you’re doing!