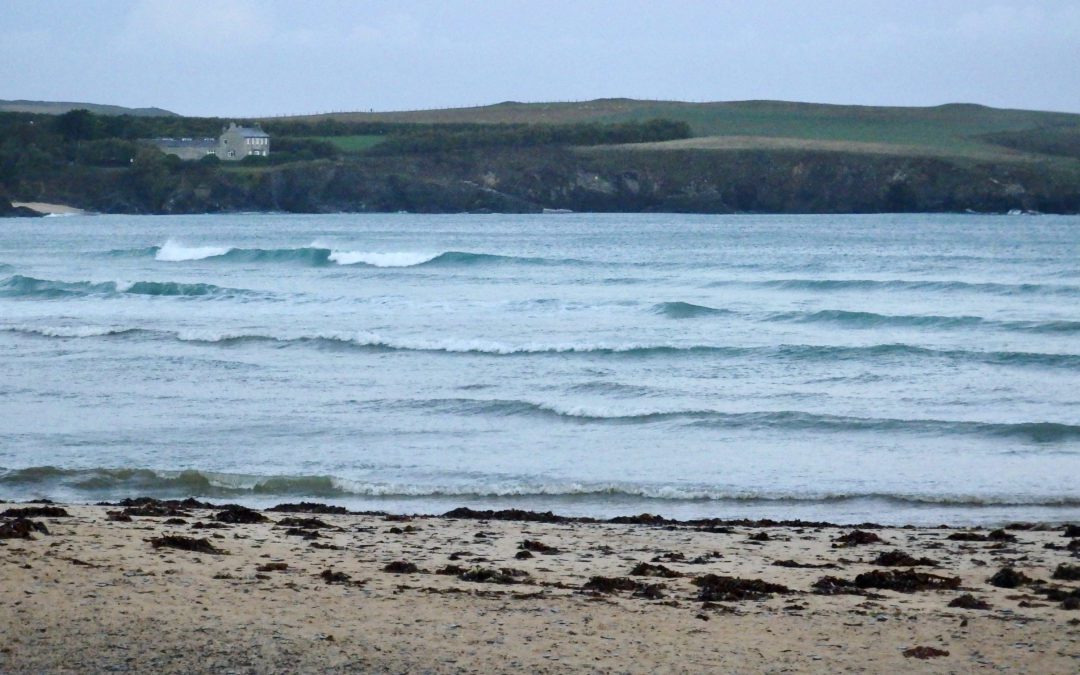 A gusting sou’ westerly wind is screeching and howling as it blows into the bay this morning, the sky gradually brightening to show some smaller than expected surf bouncing around the headlands.
There’s three feet or so of pretty junky surf out there but that should build through the morning, making Harlyn the more attractive option for some clean surf today.
And following last night’s torrential downpours there’s enough blue in the sky to give hope for a fairly dry one today.

The wind is blowing fresh offshore at Harlyn this morning, that still mild but bitey sou’ westerly gusting hard into the tiny but very pretty little one to two feet of surf.
The sky is brightening, the tide is dropping back and the swell should build a little too, so it’s all looking good for low tide Harlyn!

Northerly winds are going to drop the air temperatures dramatically today, while trashing an otherwise thick and fairly solid four foot swell.
We should see some sunshine but it is going to feel chilly and the surf is unlikely to be worth it either.
Unless the south coast beckons that is?

A wet and windy week is waiting for us this week.
After last week’s calm and steady week producing small but sweet little surf, it looks like Autumn is reclaiming its ownership!
South westerly winds will blow fresh and hard into our bays and coves, pushing some big lumps of swell ahead of it as it strengthens into midweek.
That wind will be blowing much milder but very wet air our way, the skies filling with grey.
By week’s end though that wind will have switched to a more northerly direction, bringing colder and more irritating winds onto our shores. Northerly winds are onshore pretty much everywhere on this coastline and so the surf is likely to deteriorate quite quickly.
But the weekend is starting to look interesting with early signs of strong offshores maybe on offer.
So what does that all mean?
Well, ‘Harlyn or not in‘ for most of this week locally.
And it could just get very good during midweek.
Stay safe, stay happy, stay well and have a great week, wherever you are and whatever you’re doing!