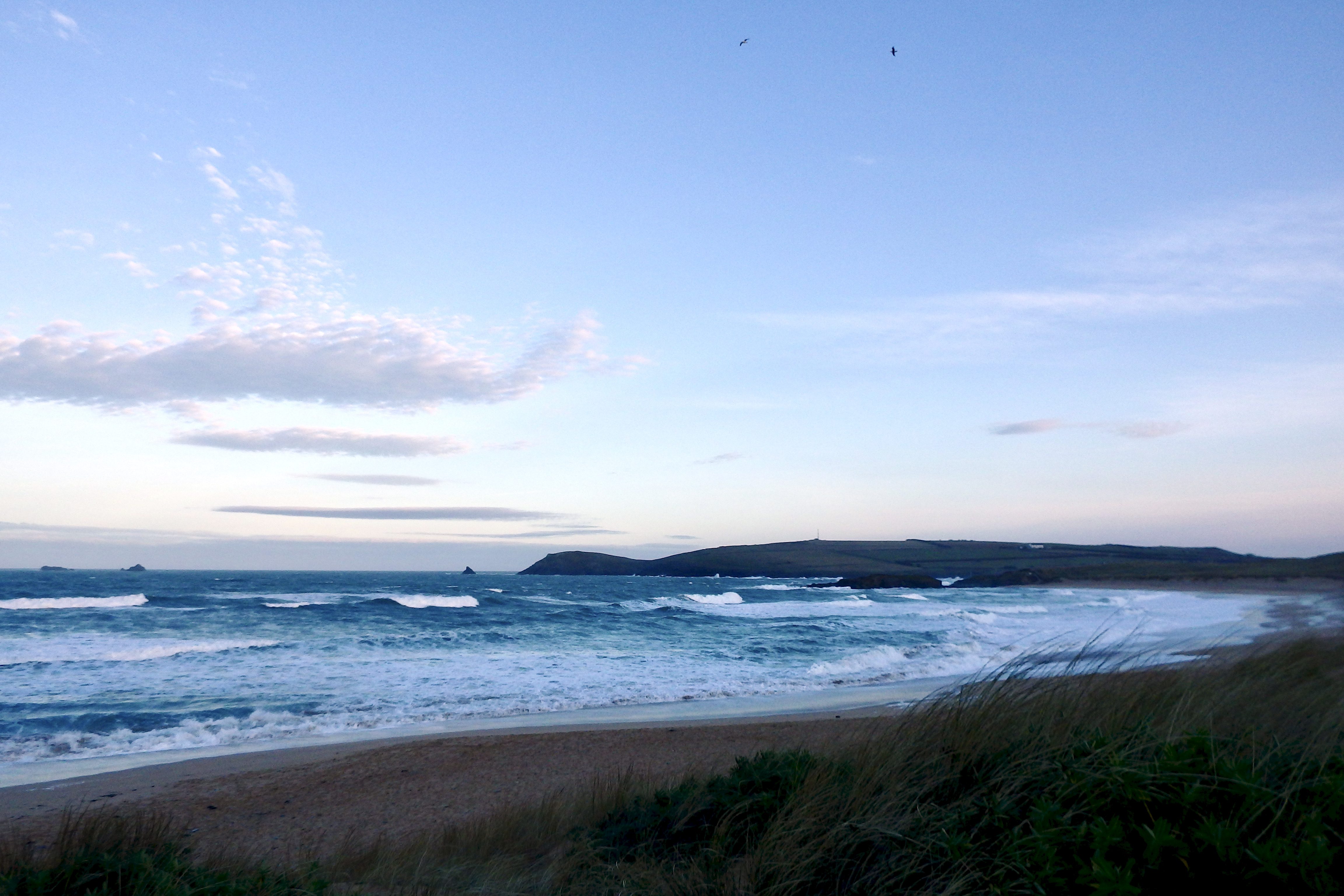 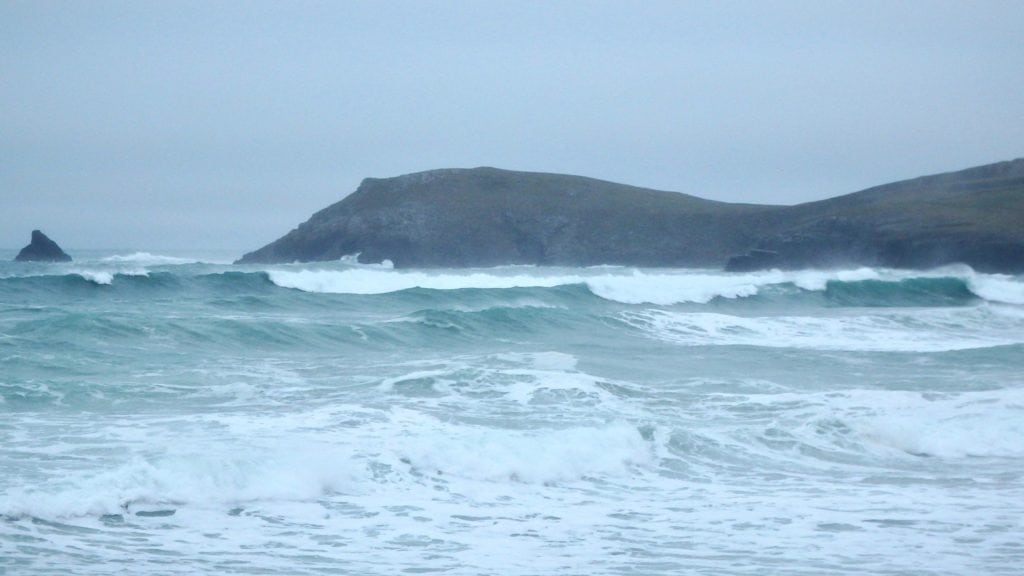 Another sullen morning is blanketing us in grey, the breeze light but steady and from the west south west.
There are some big and lumping waves rolling through, four to six feet of tumbling and stumbling rollers but mostly lost in the high tide depths.
Give it an hour or two and it will be different.
That breeze though is forecast to remain onshore here but easing to not much more than a whisper.
If it was drier and brighter it might just be bit more enticing and that could happen later too! 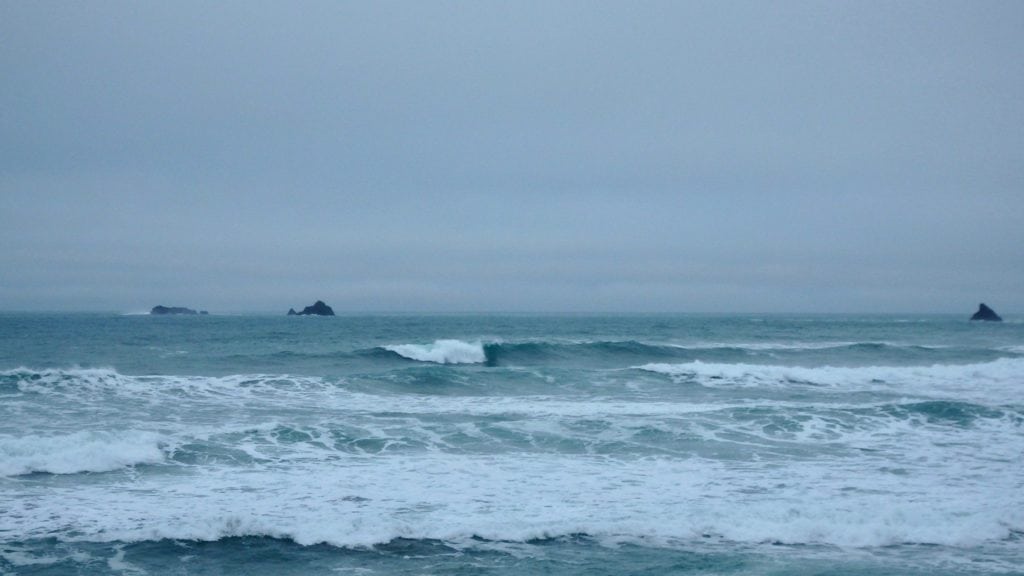 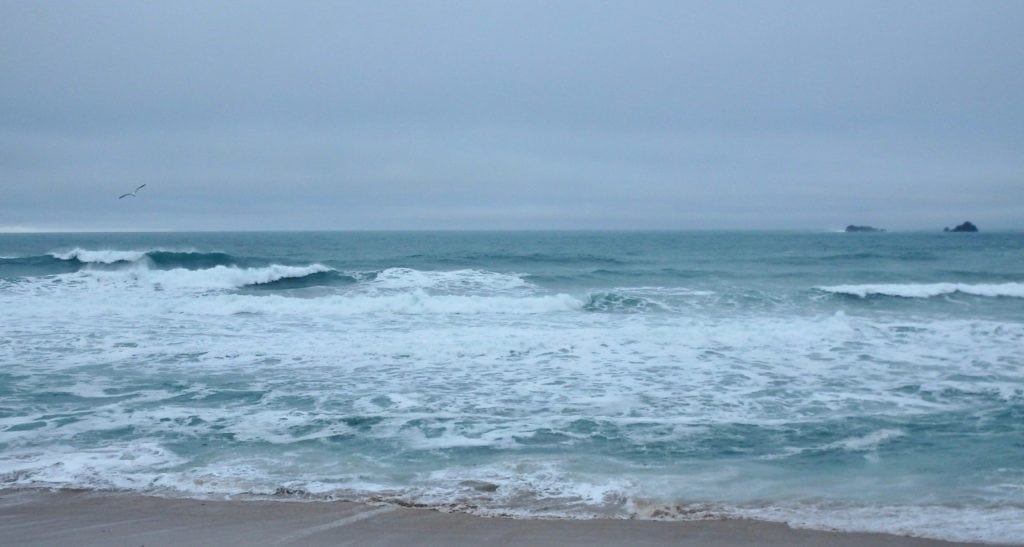 Two to four feet of glassy but lumpy swells are swirling onto the high tide bank here this morning.
There are long waits between sets and then when they do roll in they are grouped together in a rush but the odd screamer is zapping off the Rock if you have the patience!
As the tide drops out it should all become a little sharper and snappier, especially as the breeze calms even more and backs just those extra few degrees to the south.
And the sun should put in an appearance but maybe not until later! 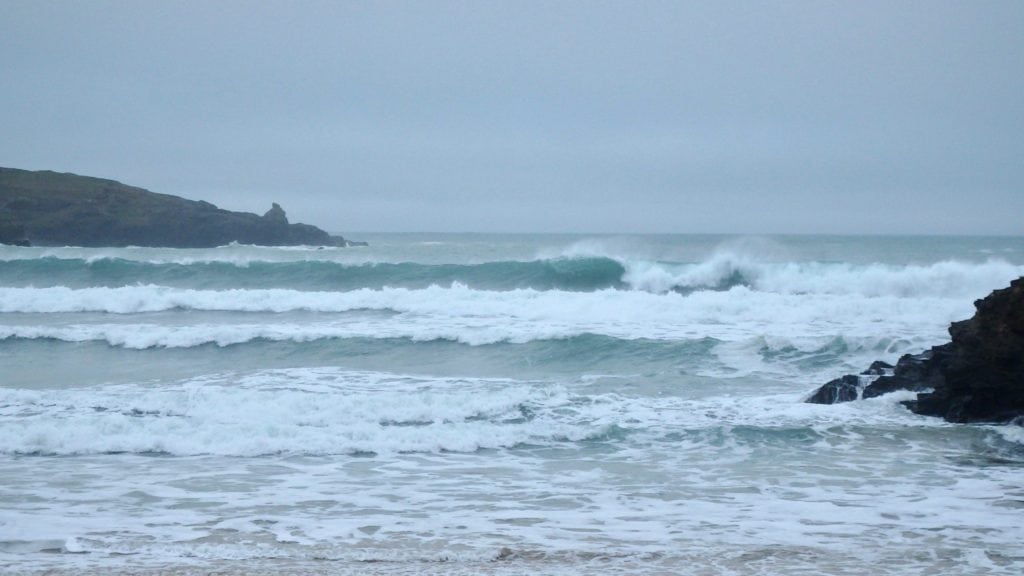 Another overcast start is likely to make the three feet of onshoreish surf look a little worse than it might actually be.
Well, as the light south westerly breeze of the morning is replaced by a harder blowing north westerly by the afternoon, you might be kicking yourself for not getting in sooner!

Onshore winds are going to plague a week of otherwise fairly hefty swells and mainly pleasant weather.
Looking at the maps though, there is just a chance that a tiny but tight low pressure system could throw some thick swells our way through the middle of the week, just as a streak of high pressure manages to stretch over the county.
Midweek could just turn out to be a whole lot better than the surf forecast sites are predicting!
So,to start the week that same north westerly wind will be chopping up an otherwise solid six feet or so of swell, the wind calming and dropping to no more than a breeze by Tuesday. Still onshore but maybe light enough to allow some shape to those strengthening swells.
The breeze is likely to back to the south west through midweek, a brighter and sunnier few days cheering us all up while we enjoy what might just end up being some really good surf at Harlyn!
And then back come the north westerlies for the weekend!
Have a great week, wherever you are and whatever you’re doing!