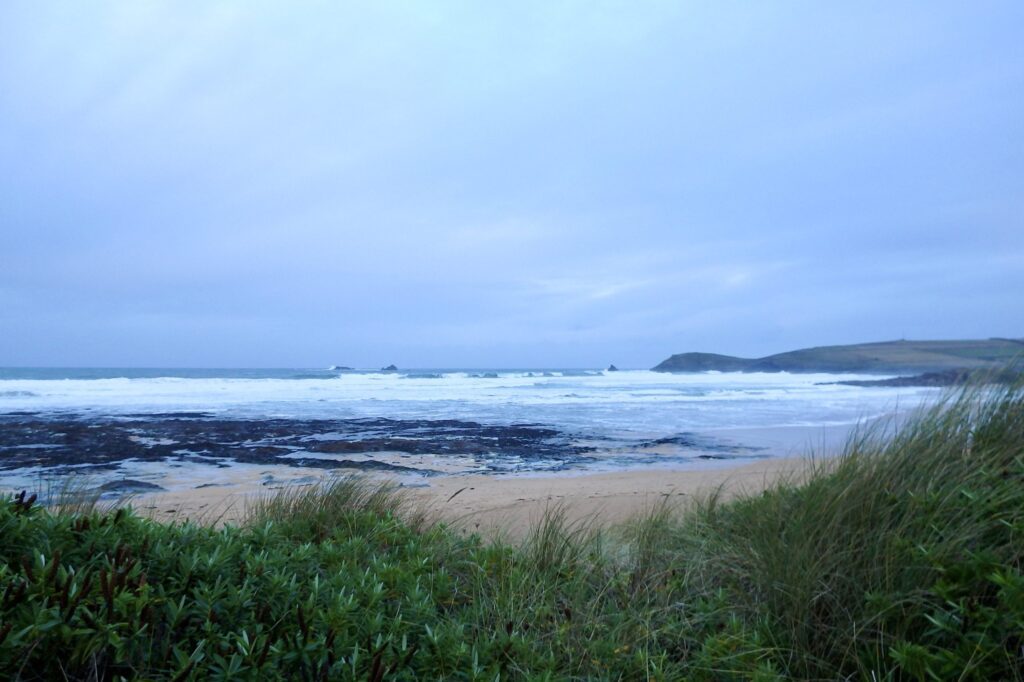 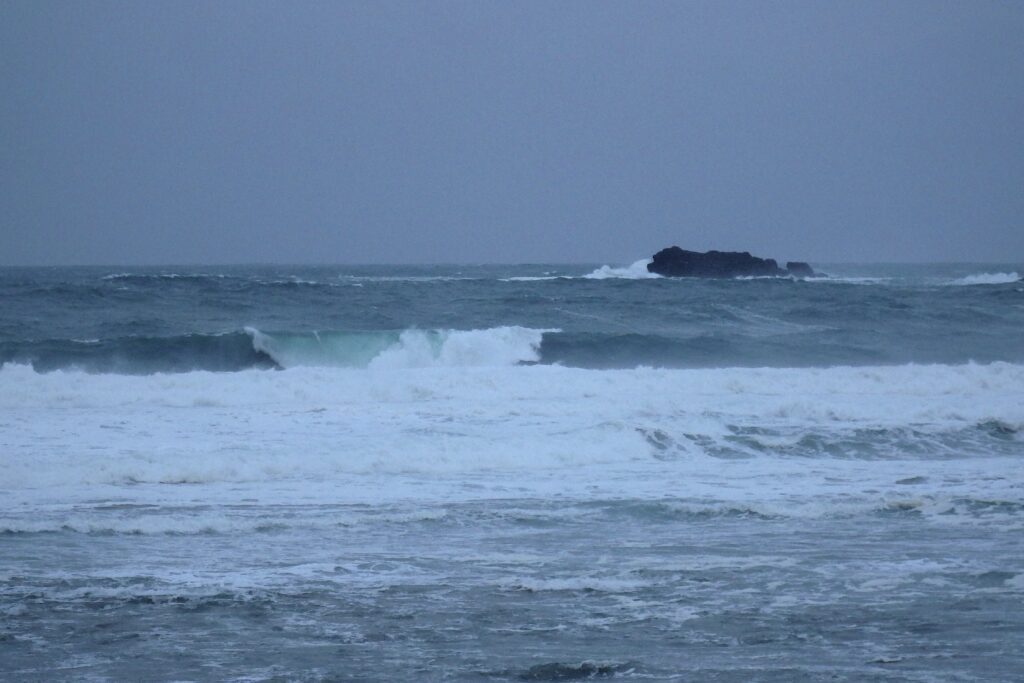 A hard blowing west sou’ westerly is just about blowing the rainfall away so far this morning while blowing the tops off those mountainous waves as they march through the Quies before exploding ashore.
Big waves are driving ashore, a fast moving sweep of water on the inside warning of those treacherous currents should you stray.
Best leave that for the fit and trained, professional or foolhardy today! 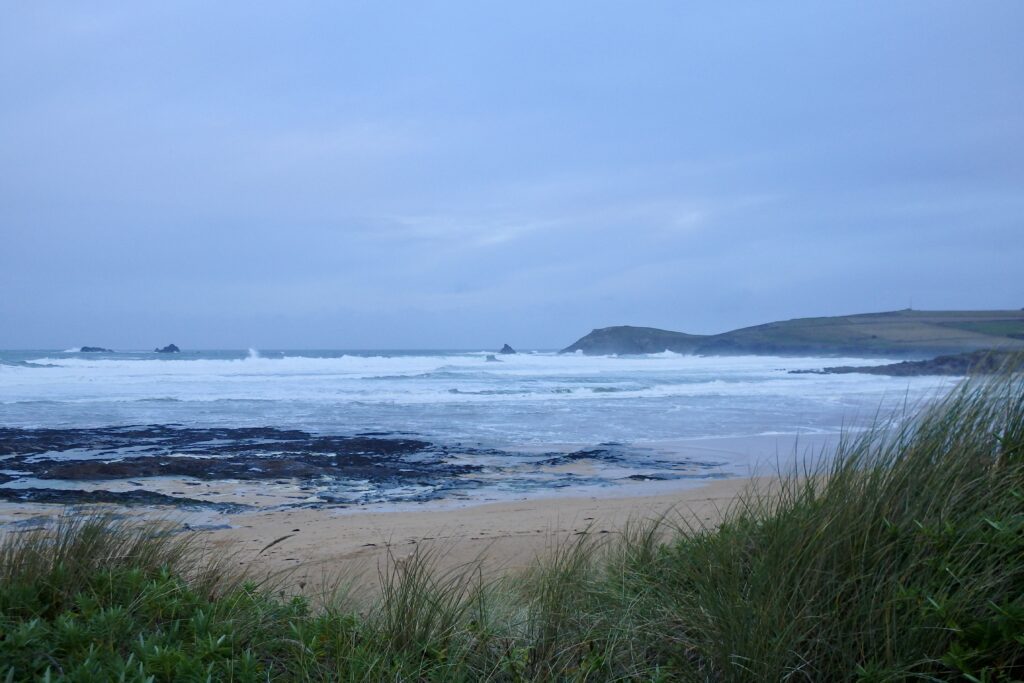 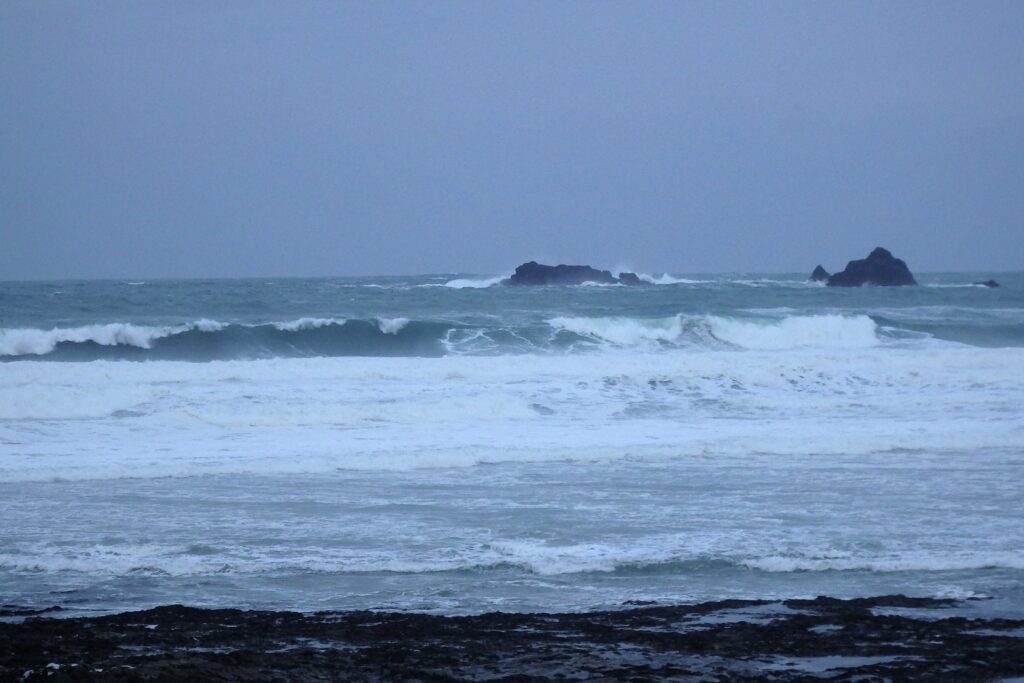 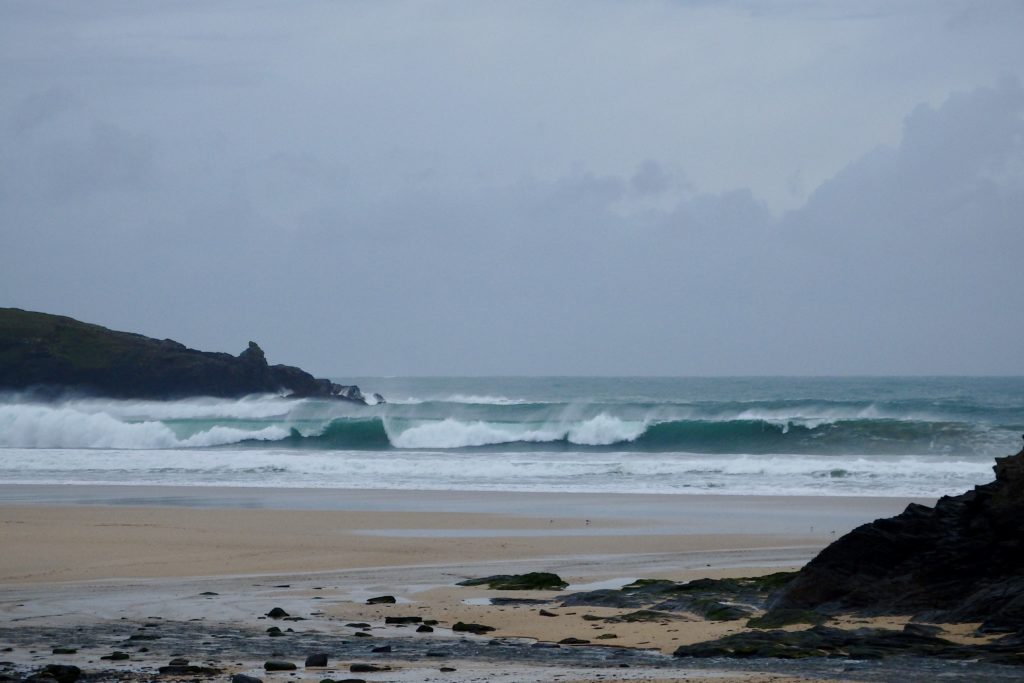 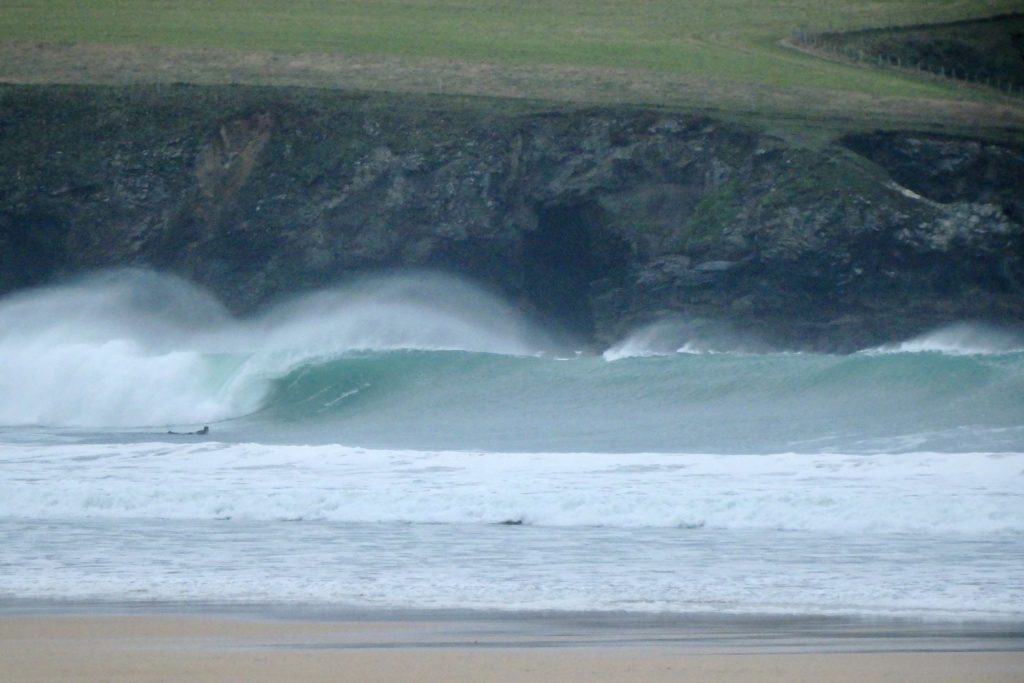 Some BIG waves are whomping into Harlyn this morning, trying to squeeze their energy between the headlands while battering those rocky outcrops.
Hilly and Toby are getting a few inside reforms to bounce around on but that’s a paddle mission on its own, short but intense.
I’m guessing that we’re going to see some even bigger stuff through midday as the tide rises but it’s going to be struggling to break with any shape.
Either those tucked away, more sheltered spots or those distant wide open Point Breaks will be the go today and I can think of the odd rivermouth that should be showing some style as well.
But it is going to be big wherever you go, so take it easy out there! 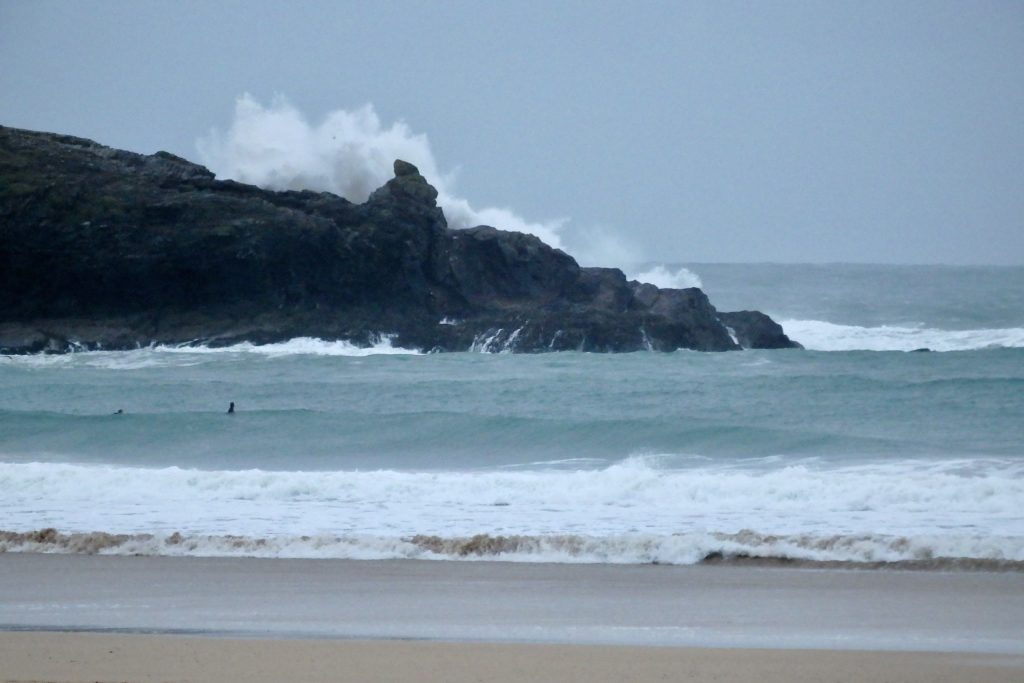 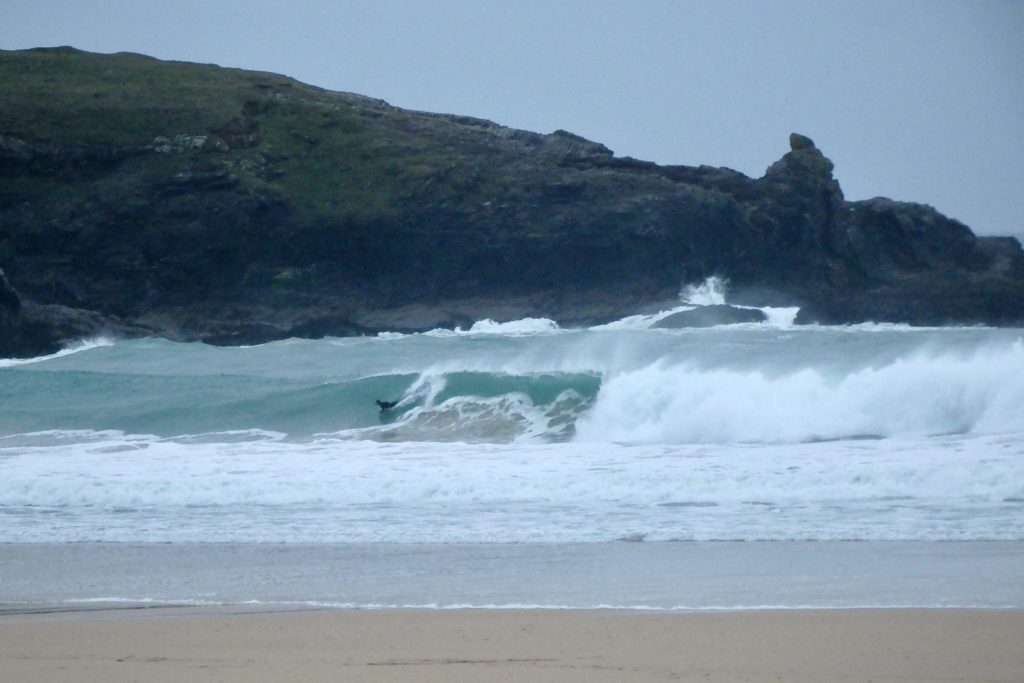 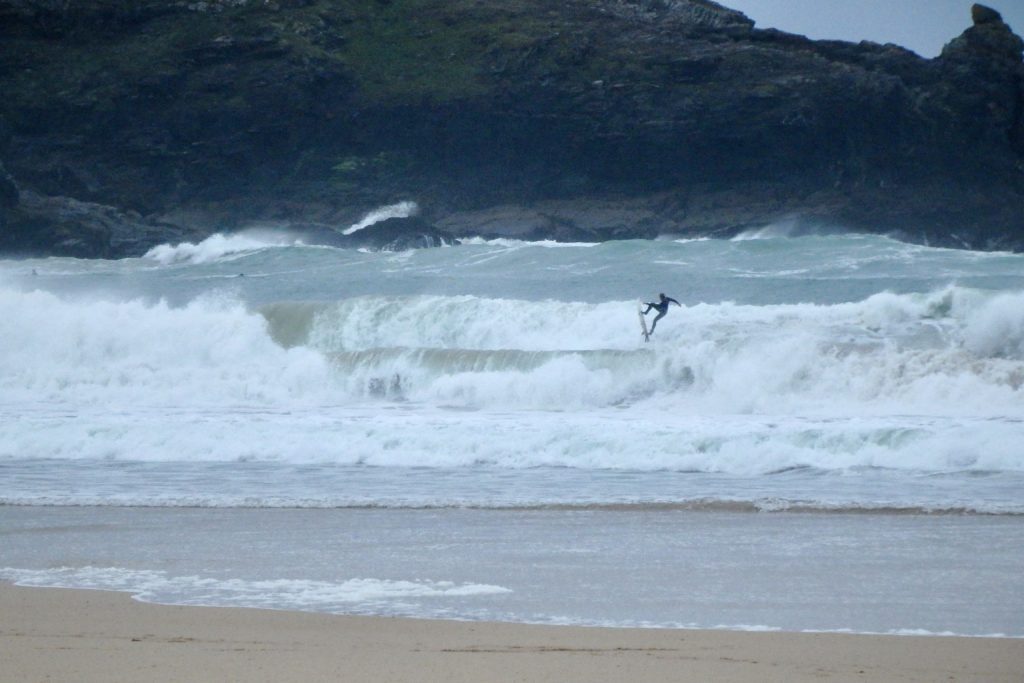 The south westerly wind will continue to blast the coast today as those mighty swells gradually ease in size.
We will still be seeing some mighty waves marching into the bays but the size will gradually reduce through the day. Harlyn will still be the crowd puller while those other, further tucked away little surf breaks will settle down to be more attractive.
It could be a good day for some surf exploration!