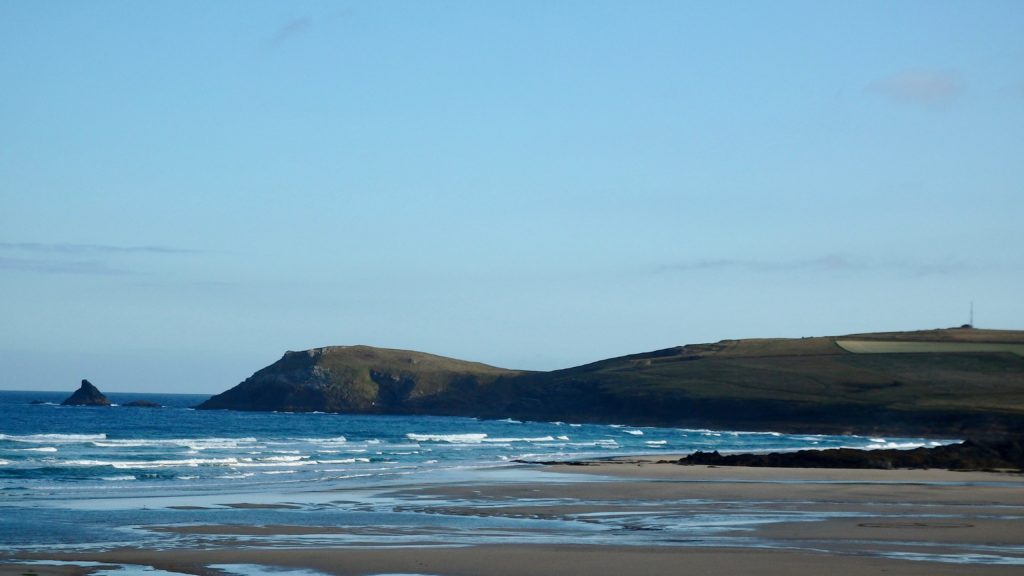 A fresher, brighter, cheerier morning is waking us this morning with loads of blue sky along with mild temperatures but still that gusting north westerly wind.
Bigger set waves are interrupting the couple to three feet of cleaner than expected, deep blue surf that is rolling our way this morning. It is still all a little sloppy and choppy but the sun is making it look better than it probably is and there are those bigger sets that seem to be keeping their own shape.
And the wind is forecast to slowly calm too! 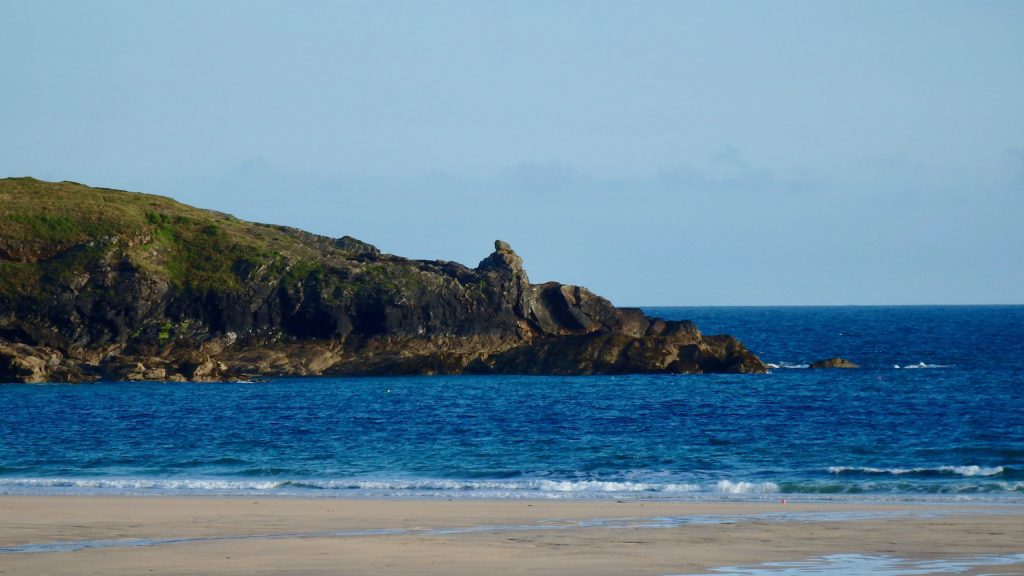 There’s no surf here today!
Tiny and choppy little waves are crashing onto the sand at low tide, that north westerly wind still onshore (and still with that chilly sting to it!) and so making it all a bit choppy.
No, if you want to surf then it’s the other side again today ! 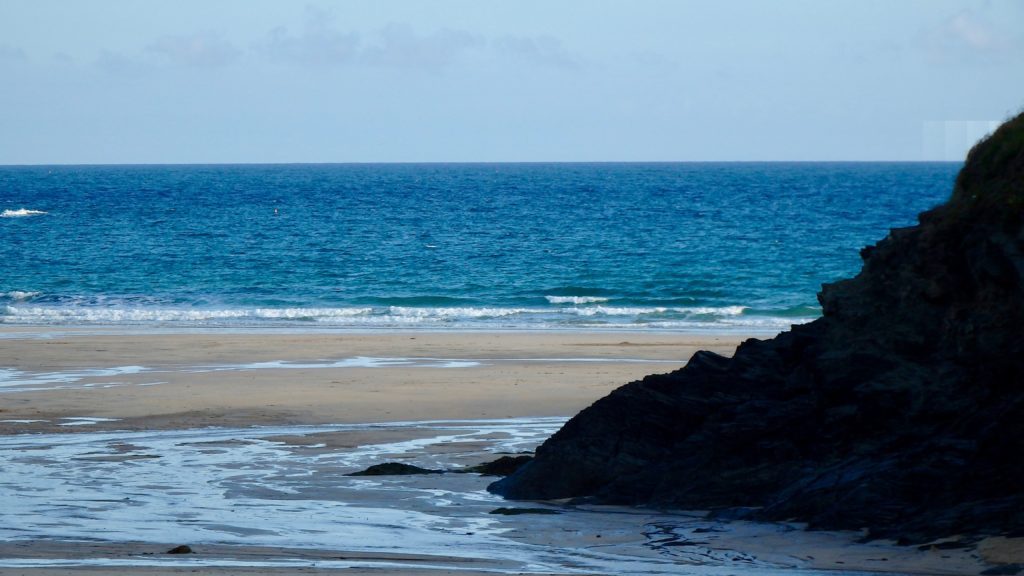 The wind might just back a degree or two to the south if we’re lucky today.
A steady westerly, maybe veering west sou’ westerly wind is likely to continue to chop and slop the two to three feet of weak and close fetch swell at the more swell exposed spots.
The surf should be cleaner at Harlyn and other places but whether enough swell will get in there, well we’ll have to wait and see!

We could be in for a slow start to this week, with Monday delivering overcast skies again along with a milder but damper, blustery westerly wind.
So the three feet or so of choppy surf is unlikely to be too stoking, especially in more unsettled weather.
By Tuesday that wind should have eased a lot and is likely to have settled to the south west, allowing clean conditions for the surf at Harlyn but probably not being big enough there to be of much interest to many.
Tuesday will probably end up being another day of choppy surf at our main breaks for most.
And then as the wind eases and switches offshore, of course, the swell is likely to start to disappear!
But we should still be able to enjoy some small but clean surfing along with some very decent weather for at least a day or two during midweek!
Have a great week, wherever you are and whatever you’re doing!