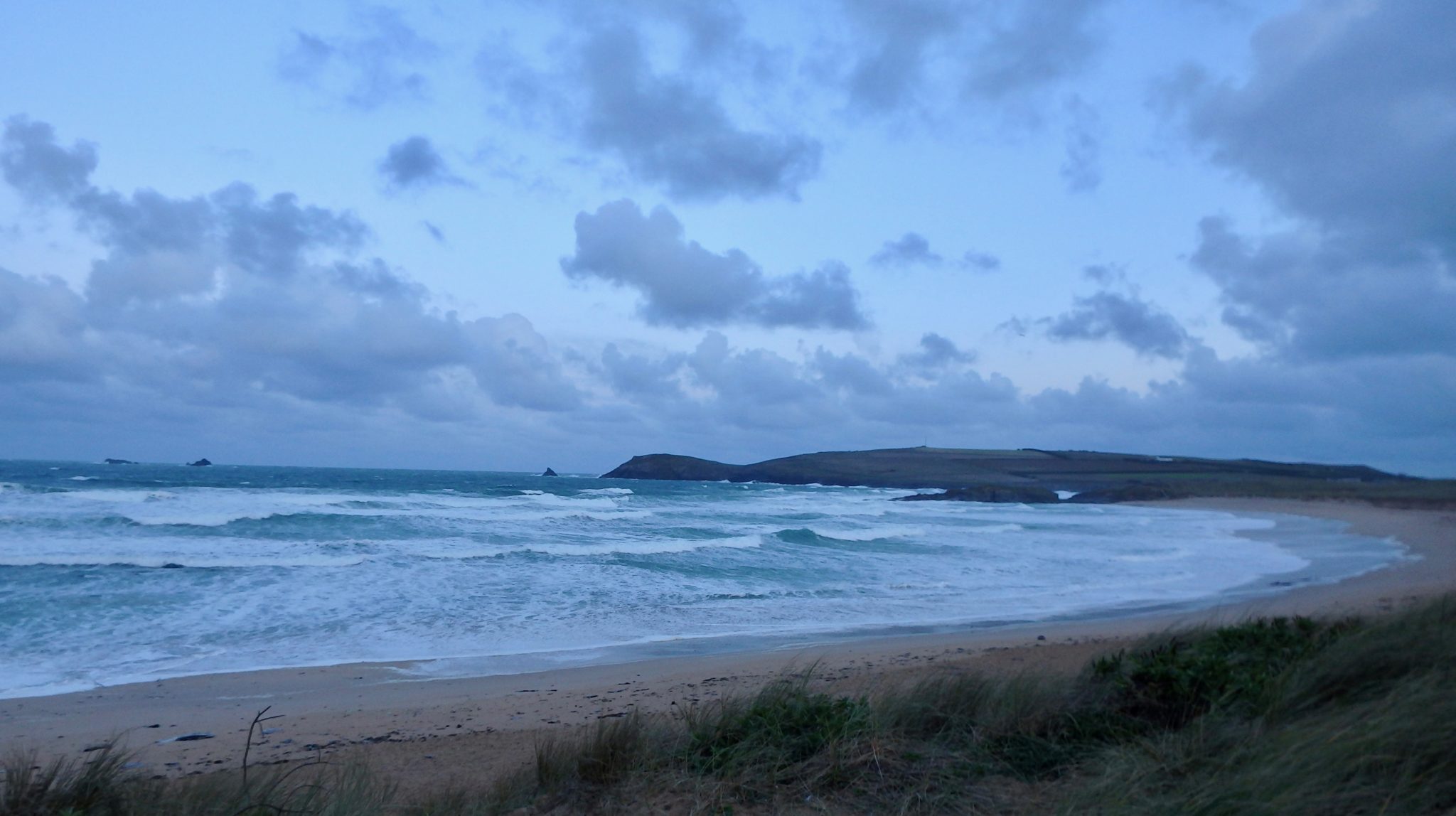 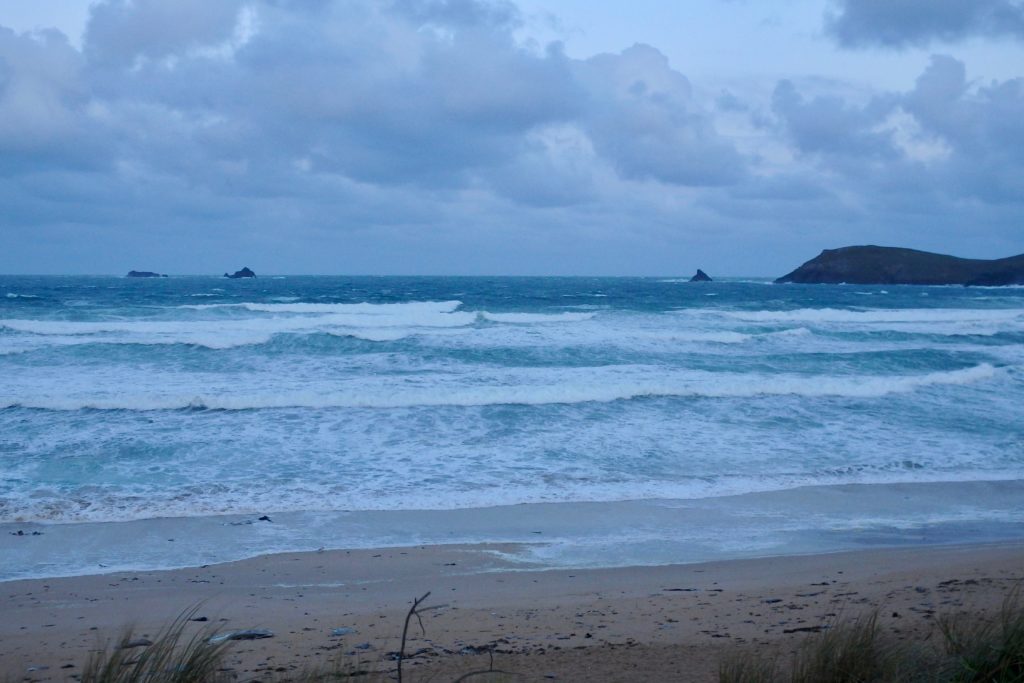 It’s a huffing and a puffing out there this morning!
A busy little north westerly wind is cooling temperatures while pushing and pulling and bullying the three to four feet of drunken waves that are washing around the bay.
It’s not the enticing scene that we hope for on an occasional Sunday morning but it is beautiful in its own natural way.
I personally feel as though I’ve had enough practice paddling through choppy, sloppy and unpredictable, broken surf but then that’s why the guys who keep on doing it have got so good!
Be safe if you’re burning stuff tonight! 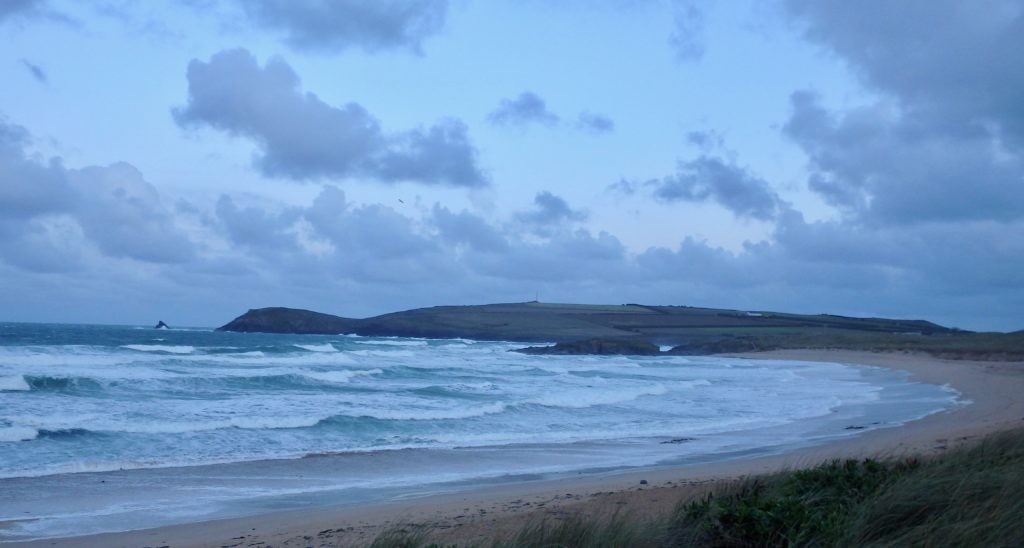 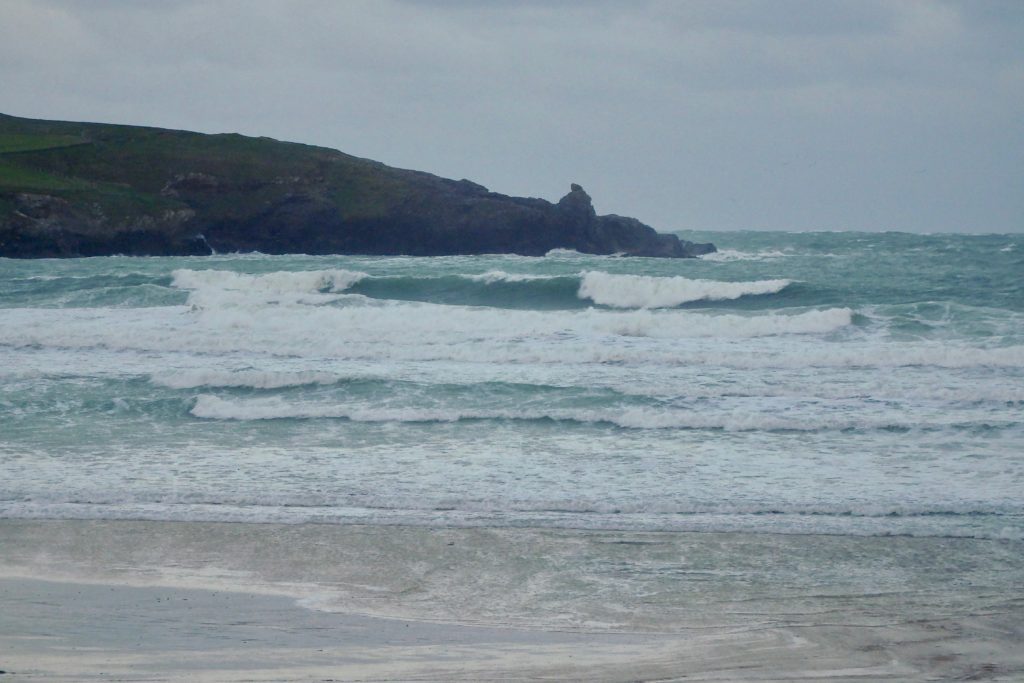 A couple of feet of windtorn and battered surf is collapsing onto the sand here this morning, all shapeless and weak and offputting.
South Coast anybody? 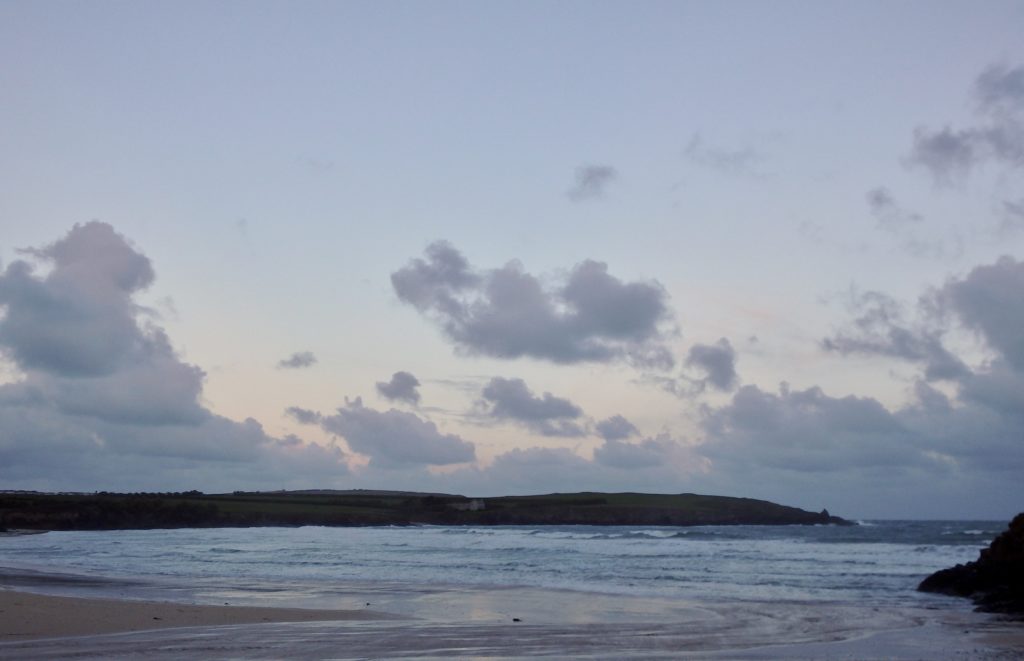 The wind should calm down and shift to the south west today, still onshore at our main surf breaks but at least swell supporting and it’s offshore at Harlyn too (if it gets big enough!).
We should see some brighter and drier weather as well, although there will always be the odd shower lurking in the background to be aware of.
So, tiny but clean Harlyn versus bigger but choppier main breaks!?