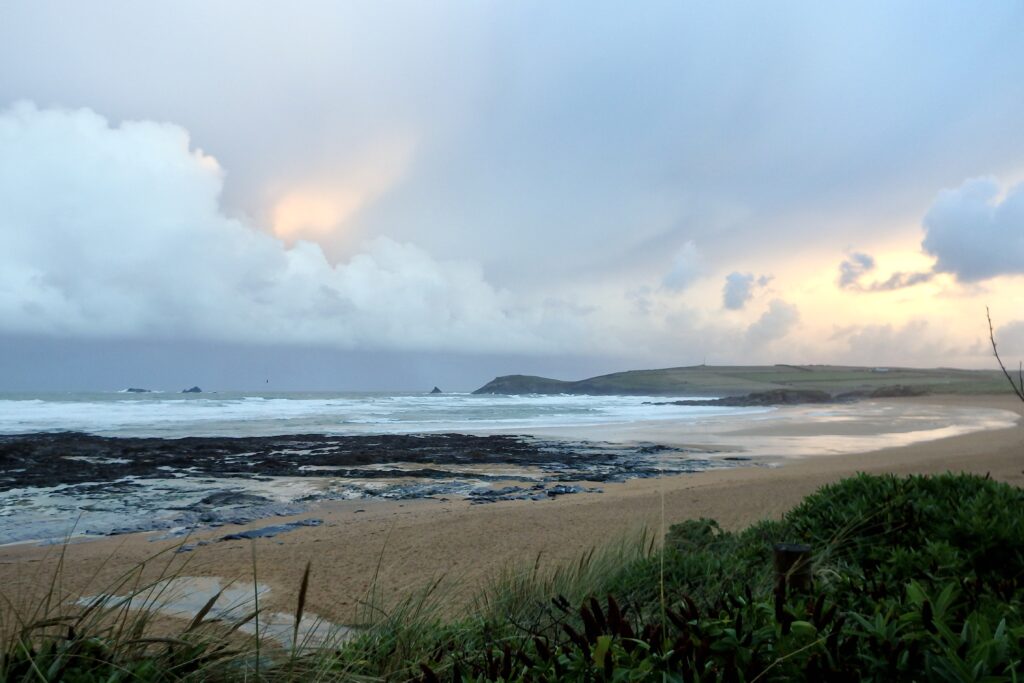 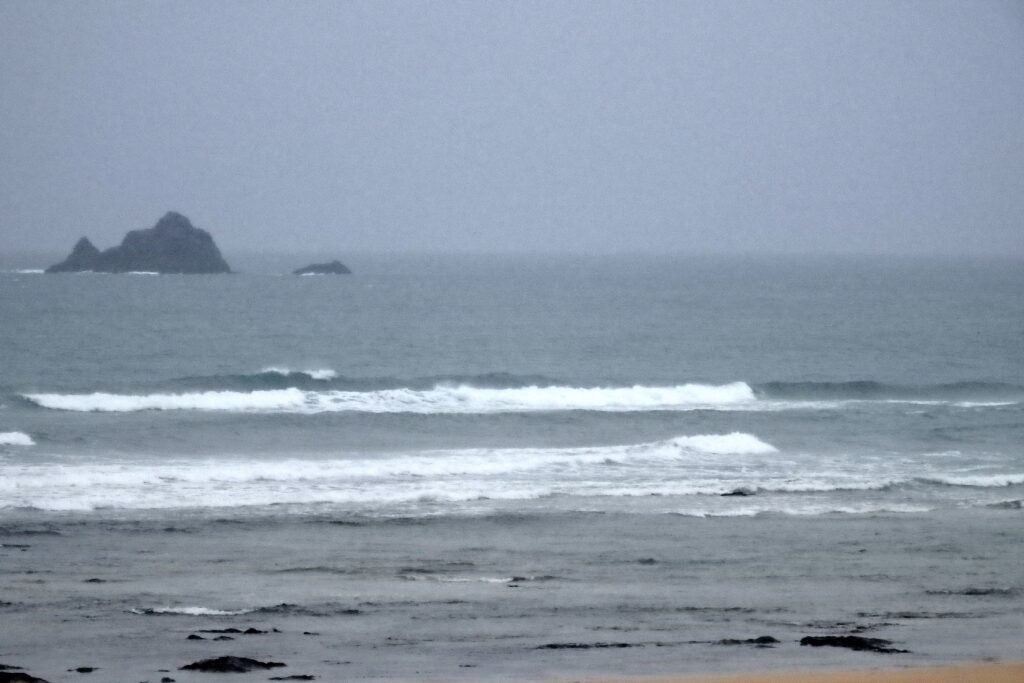 A gloomy murk of drizzle and mizzle is greeting us this morning, the south westerly wind just shaking itself awake and starting to gust and blow into the bay. It’s not a place to loiter today but it still keeps its magic – if you’re layered up to deal with it.
The surf isn’t all that either with three feet of wind tattered swell bouncing among the rocks, trying to find its way to the beach. And that wind is only going to blow stronger while the surf builds in size.
Let’s trek on over to Harlyn, there should be a little wave there today……… 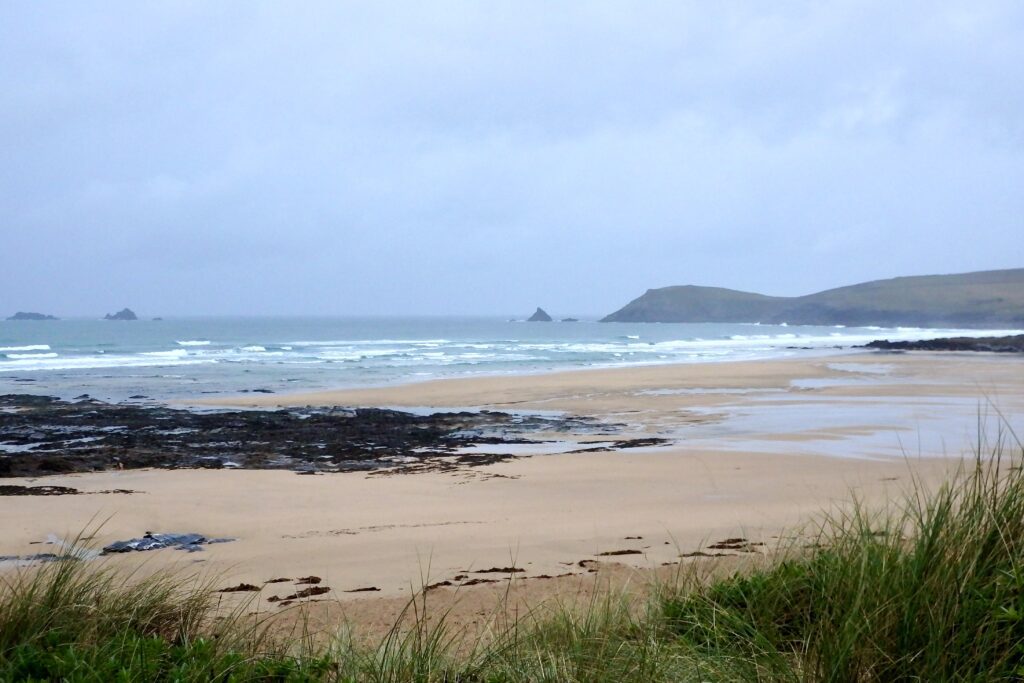 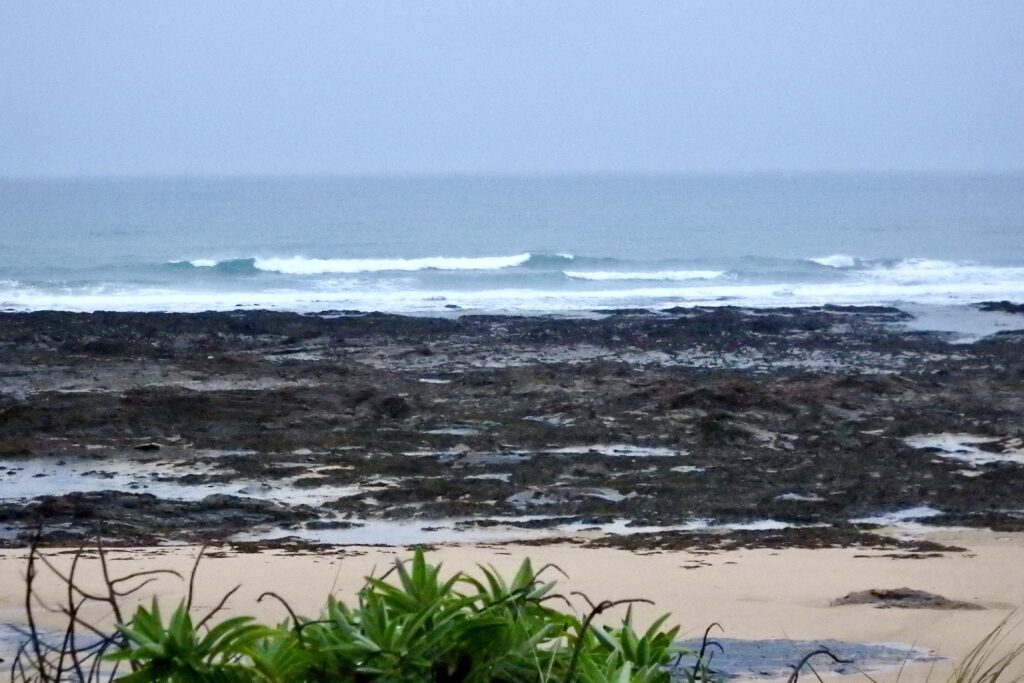 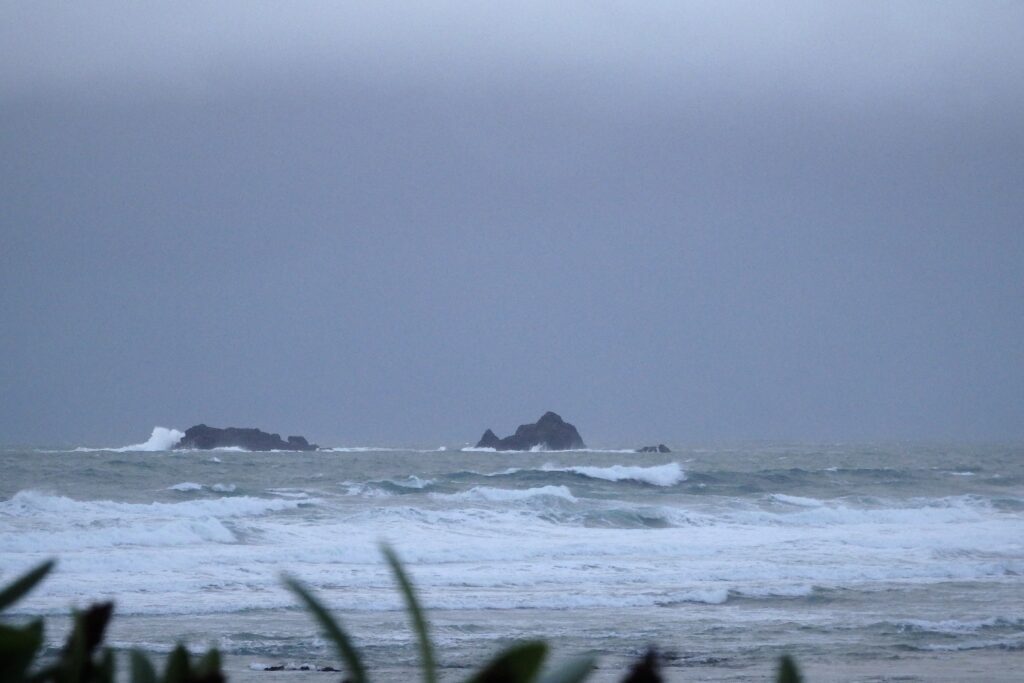 A foot or so of sharp and snappy little surf is whip cracking across the half-tide sand at Harlyn this morning, more of a promise for later than a temptation to surf now. The beach is gloomy and wet but also kind of cosy too, the wind rustling offshore against those hollow little waves, creating that calmness in the lee of the dunes.
The swell is forecast to build so I’m guessing that the surf here should only improve all day long. It should be twice the size by this afternoon but will probably still be raining! 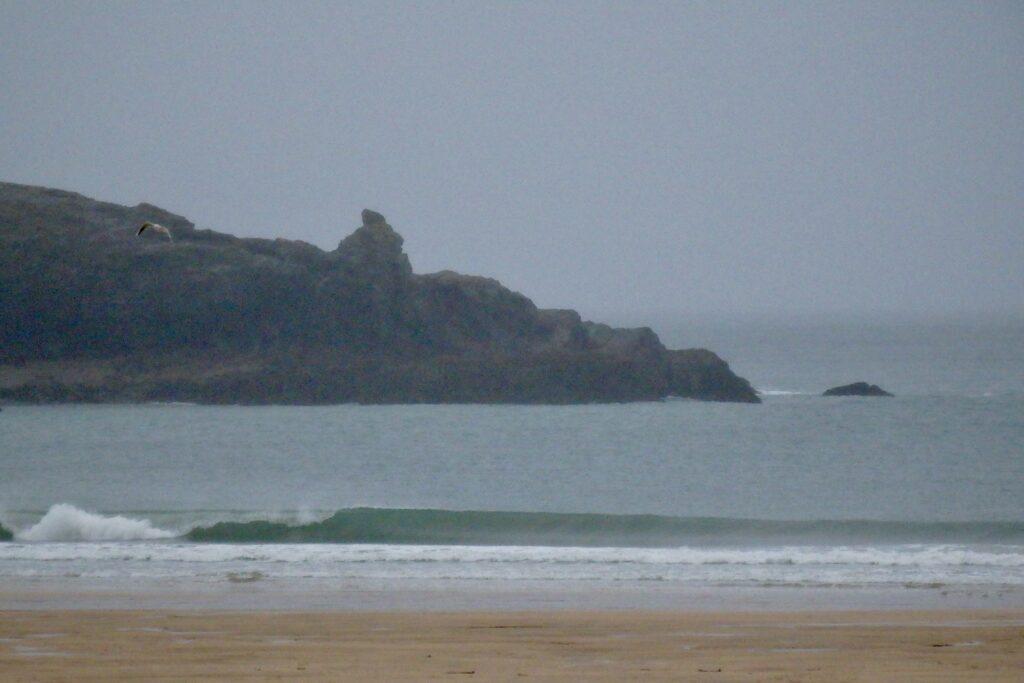 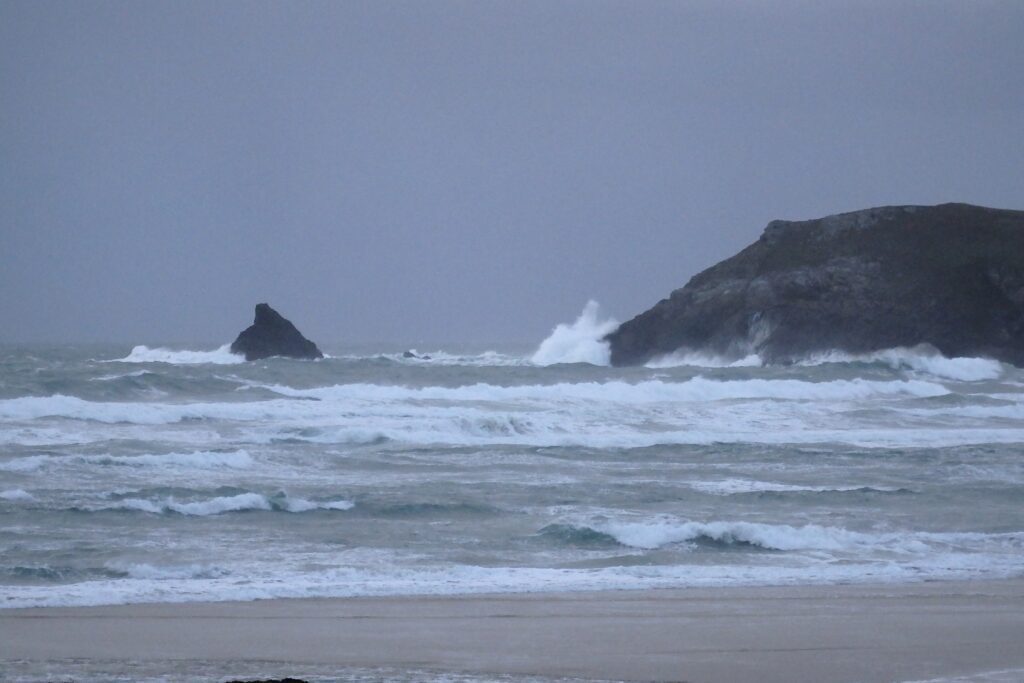 Big waves and strong winds will be waiting for us today, a howler from the south west will be screaming up the coast, blowing out any chance of a surf at the main breaks bit hopefully shaping and holding some thick and juicy ones at Harlyn!
In the morning anyway. That wind will soon back to the north west, blowing out any chance of surf at Harlyn too!
South coast anyone?

We can look forward to a weekend of two halves this weekend with gusting south westerly winds howling through on Saturday morning, pushing a whole lot of broken and chopped out swell our way but cleaning things up at Harlyn.
We can expect big and hollow, sand blasting barrels all morning long at Harlyn, that wind bringing a lot of dampness but milder temperatures too. The wind will be onshore even at Harlyn by the afternoon with a chillier and just as wet north westerly blow filling in.
As the clocks fall back an hour overnight, Sunday should show a completely different day.
A bright but chilly Autumn day with a steady north nor’ easterly breeze just keeping some shape to the slowly dropping swell. If we are only a little lucky we should be enjoying a hollow enough four feet or so of surf at our preferred surf spots in that crisp autumn sunshine all day long!
A prelude to a week of small but offshore sculpted surf in more autumn sunshine all week long!
Have a great weekend wherever you are and whatever you’re doing!