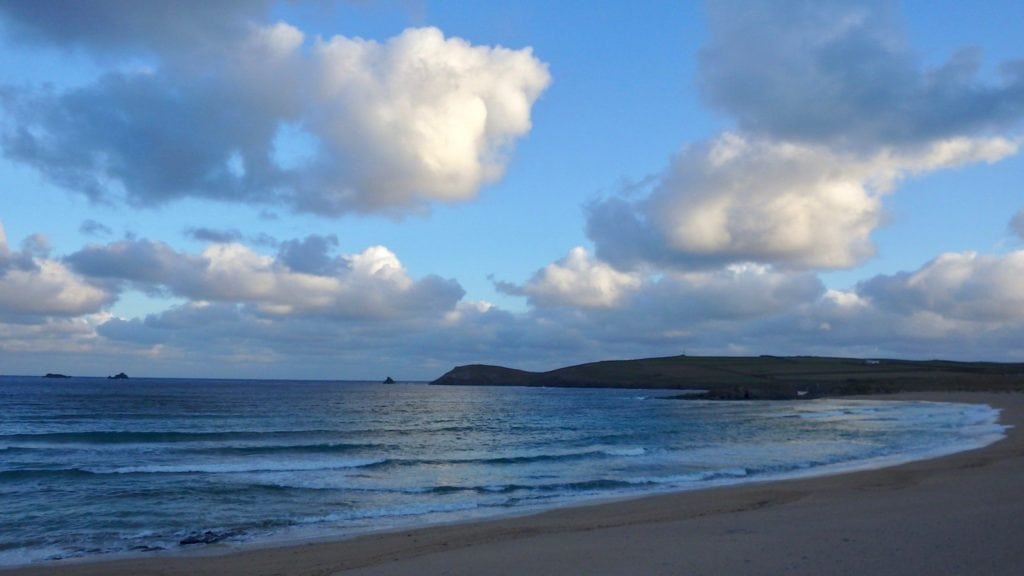 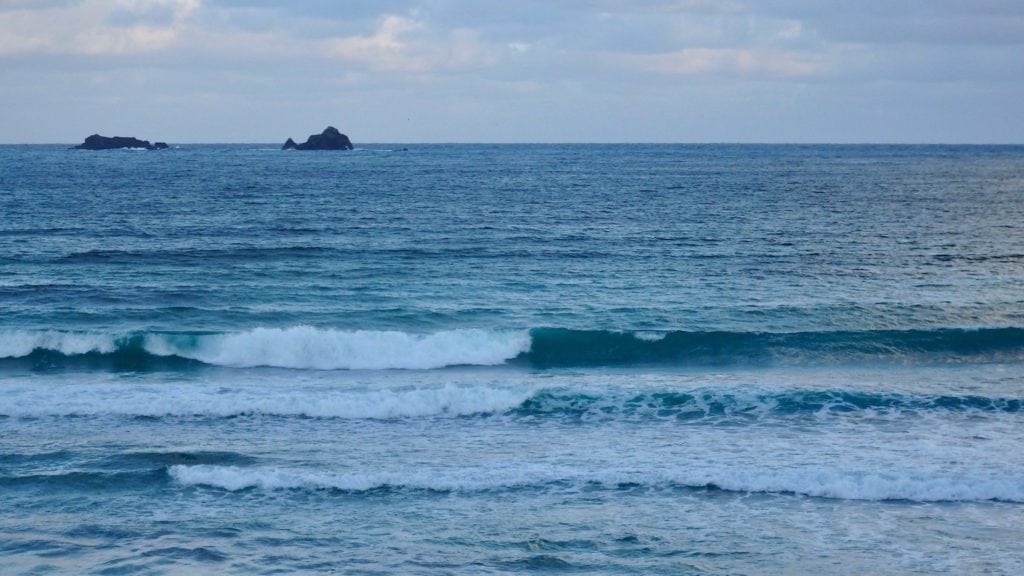 Well the forecasts were right; it is a chilly one!
The wind is whistling down from the north bringing a biting and stinging coldness to a dark and overcast, deserted bay.
A couple of feet of angry and brooding looking little surf is desperately trying to be more than it is but the wind is having its effect, making for bumpy and sloppy conditions.
It’s all dark and cold looking, with only small and untidy, sloppy little waves to tempt you this morning! 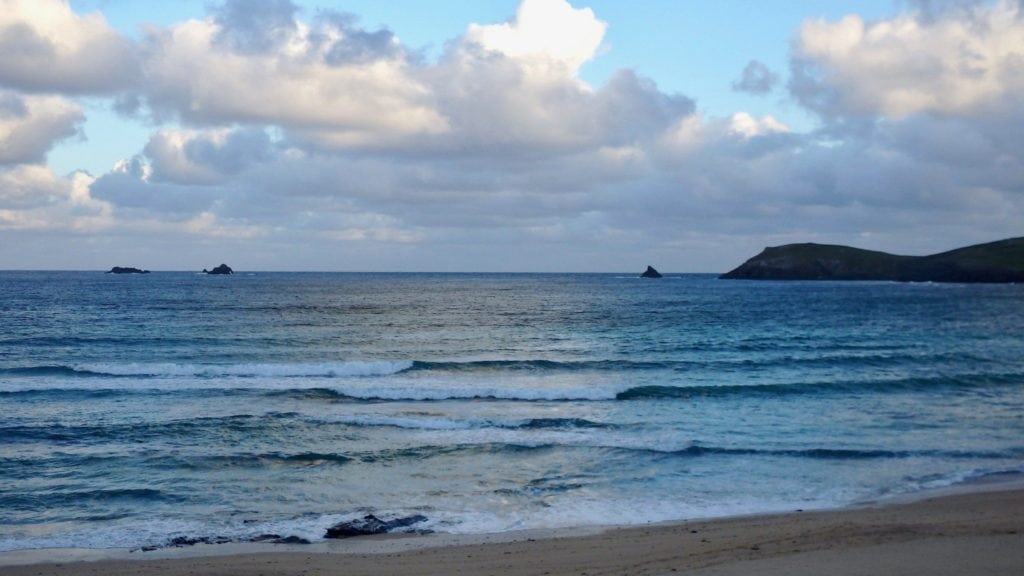 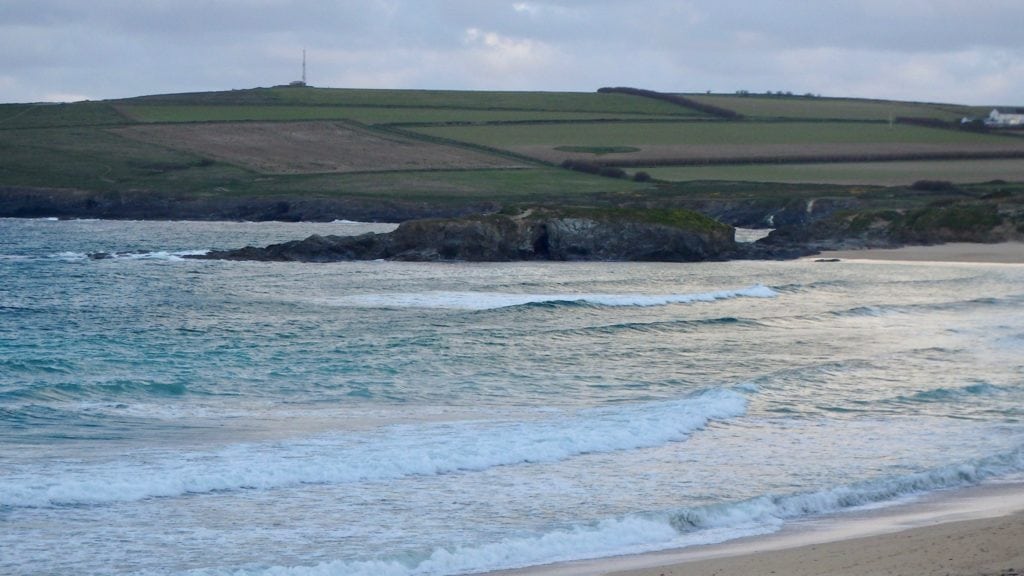 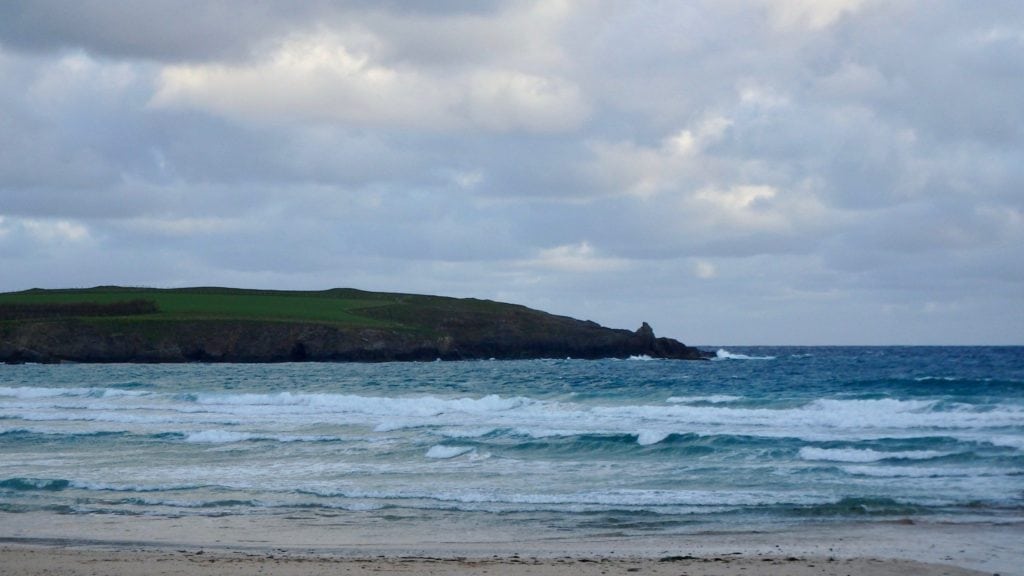 It’s all but flat here this morning with barely a foot or so of windswept and dark, brooding and hesitant wishy washy surf shuffling around the bay.
If you want a surf then the other side of the headland is the place to head today but if you need to be at Harlyn then there is just about a foot or so of windblown wash to play in! 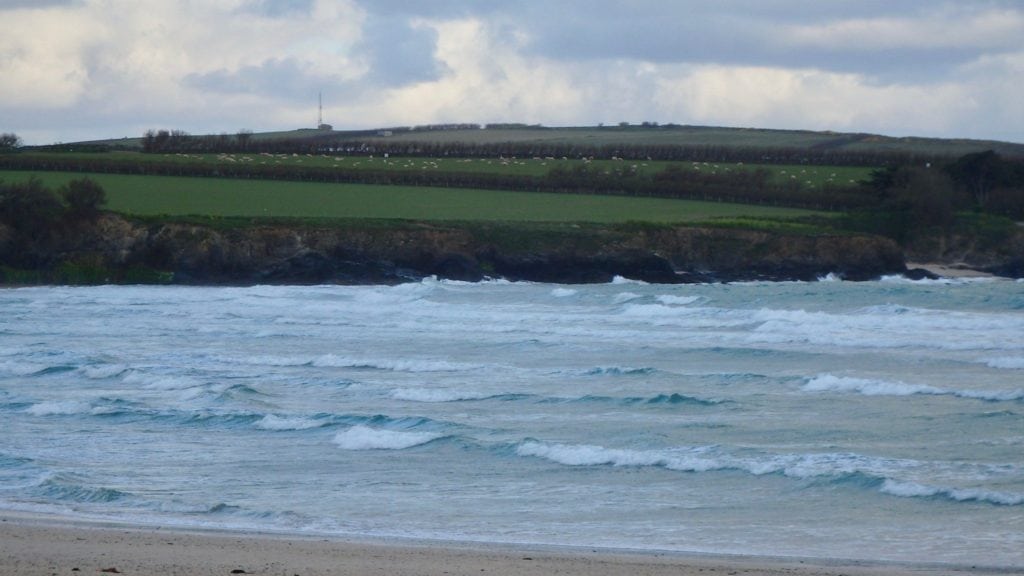 A couple of feet or so of dark and close-fetch surf will be washing in again today, standing taller in the more north easterly wind of the morning before slopping out again in the afternoon.
It looks like another chilly reminder of those never ending days of last Winter with only a foot or two of grey and cold looking surf slopping into the bay.

Another week of real small waves and mainly onshore winds is waiting to taunt us!
Starting out with a westerly wind through Monday, it won’t be long before those northerlies return to blow cold air all the way down the coastline.
While Monday might show a couple of feet of sloppy and choppy stuff at the main breaks later on in the afternoon, Tuesday will be a day of gusting northerlies just reminding us that high summer is still a little way away!
By midweek the wind will be twitching between northerly and north easterly, doing nothing for the swell size and still feeling cold but maybe cleaning up those tiny waves for a short while at the more exposed breaks.
So, it is likely to be one of those weeks when, if you have the time and energy to be completely on it, you might just luck into an hour or two of better than expected and quite fun surf here and there.
Or you could end up running around in circles in a frustrating search for those elusive waves!
Have a great week, wherever you are and whatever you’re doing!