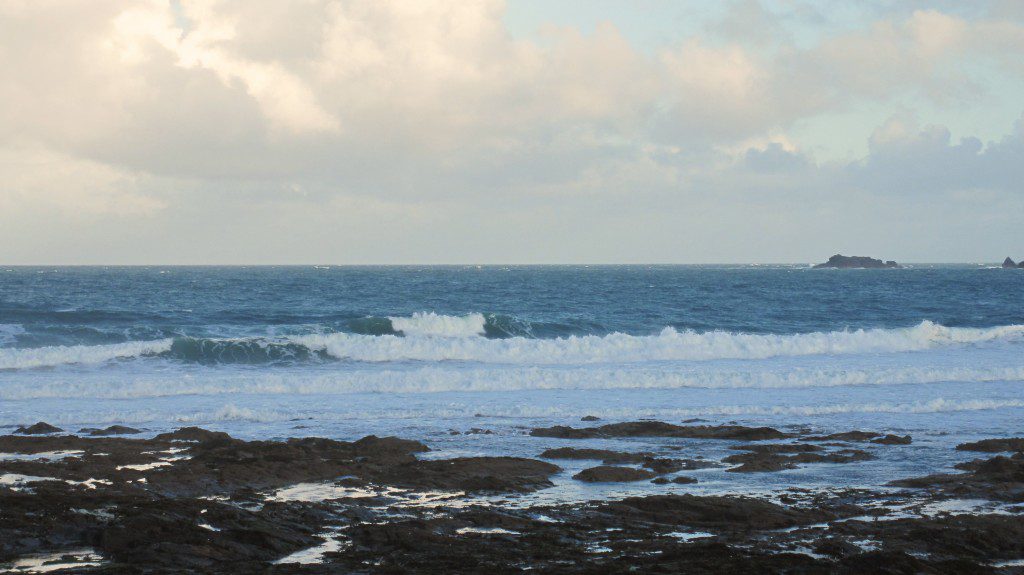 It’s still breezy out there this morning a gusty and chill north westerly wind blowing short, sharp squalls across the bays.
There are wide open blue stretches of sky but those dark and wet bundles of heavy rain are being squirted our way too often.
The surf is a blown out mess still, probably five feet of mixed up peaks with choppy rips searing across them. It’s not pretty but, as always, it still has that attraction, even on a biting day of mixed upness like today!
The wind is too northerly for Harlyn to be any good but let’s have a little look anyway…..

But before we go, check this out for a job opportunity if you’re interested: We have been rebuilding our shop team here for the 2014 season and it’s all going well with a few new characters to help you find what you’re looking for. But we are still looking for that important but elusive person to fill the role of team leader! Someone with just a bit more, an interested and interesting person, capable of shepherding us all along. Great with customers, great with staff, understanding of the Groms and with an eye for style. A knowledge of how a wetsuit should fit and what fins do what for a surfboard would be useful, an ability to get on with everyone more vital. You can view the original job description at www.constantinesurf.com/blog/join-the-constantine-team-for-2014.  If you’re interested then drop a mail to [email protected], phone on 01841 520250 or drop in on us for a natter! 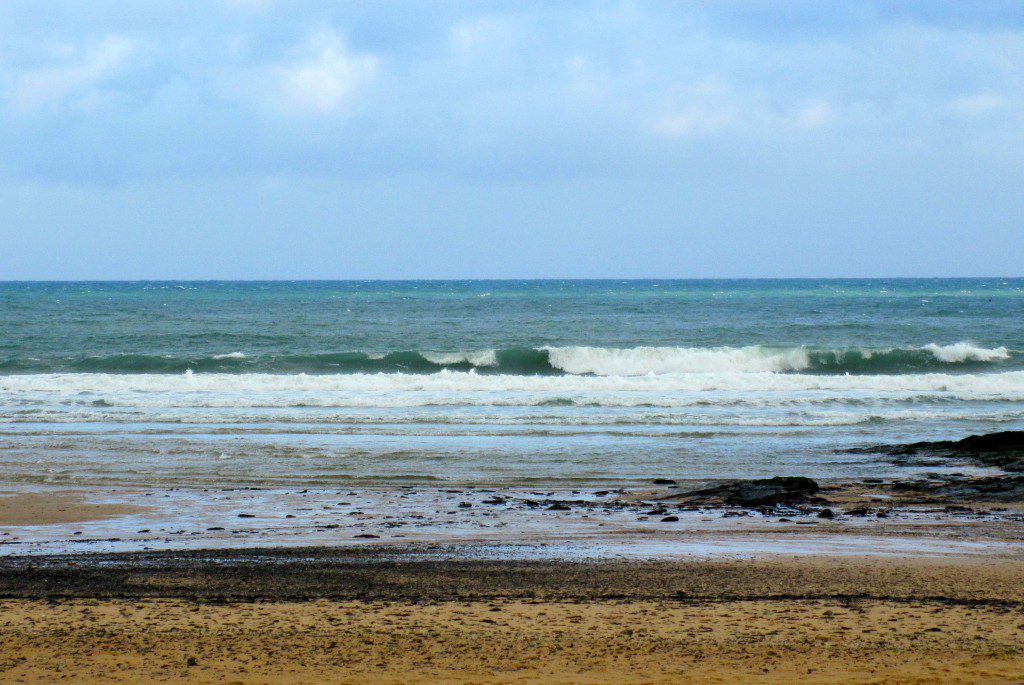 Yeah, it’s messy around here this morning too, although it’s not as bad as I expected!
There’s two to three feet of thick swell walloping the back of the bay, the occasional bigger one churning itself inside out behind the Rock.
It’s not great, it’s not even good but there should be a wave later this afternoon as the tide rises a bit, providing just a little reflected shelter from this wind. If you’re keen enough.
But it’s a south coast day today, this wind is messing everywhere on this side of the county.

The wind is going to mess it all up again today. That same brisk north westerly has settled in for a few days stay. It should weaken but not until the evening.
So a brighter lighter and cheerier day awaits but the surf on this coast is looking to be nothing more than a mixed up mess.
If it’s big enough, the south coast will be the place to be again.

The winds are going to be having an effect on the surf all through the coming week, those hard blowing west and sou’ west winds sliding to the north to start the working week, that chill direction that ruins the surf all along this coast.
And so a blustery and blowy week kicks off with the swell gradually dropping away as we go along. Messy and out of control surf conditions are expected well into midweek when the wind should weaken if not change direction.
You know all those jobs that didn’t get done while we enjoyed that seemingly endless run off great surf a wee while ago?
Well, they can be done now!
And then we should be in for some mild and pleasant, bright and cheery weather, culminating in a day of Summer for Friday!
Have a great week, wherever you are and whatever you’re doing!