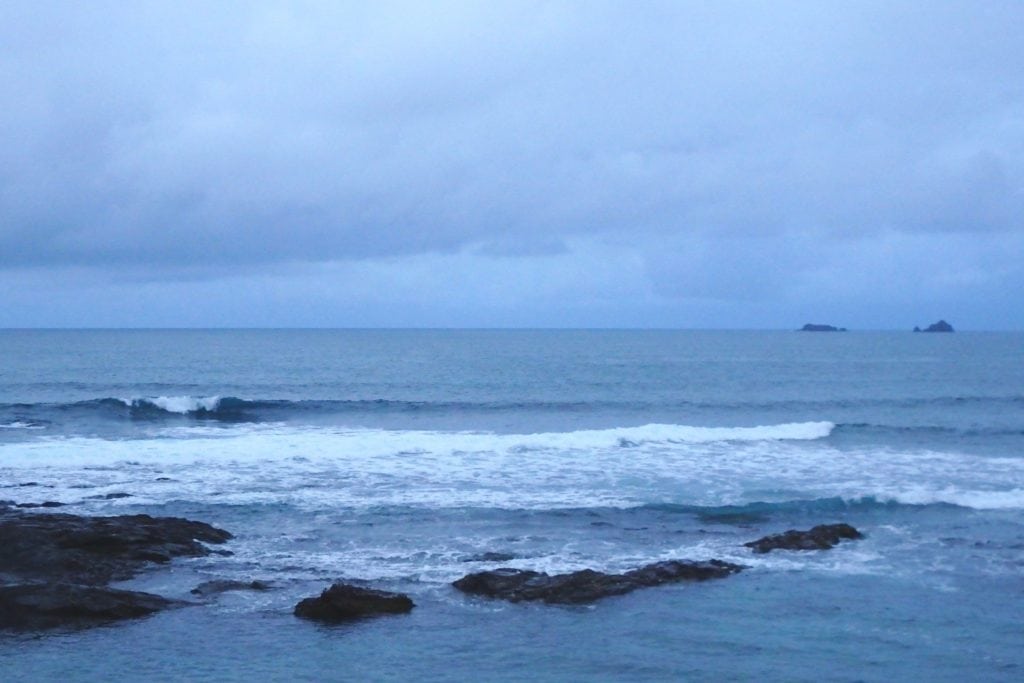 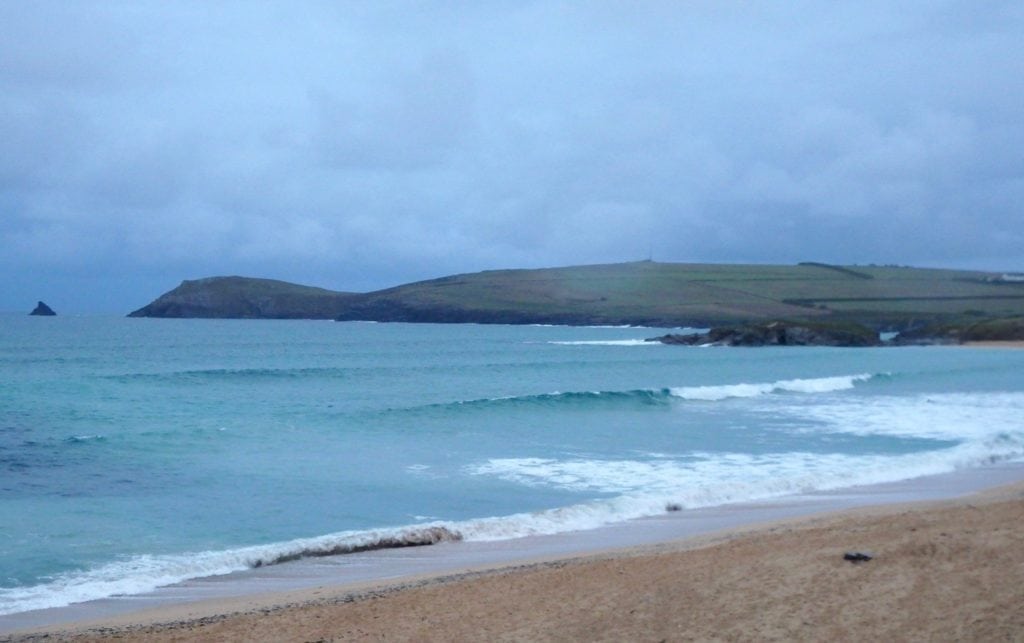 It’s a proper autumn morning this morning with a dull and dreary, rain filled sky blanketing the coast, the westerly breeze light but chilly and the sea that translucent turquoise that occasionally happens.
A couple of feet of crumbly surf is smoothly sweeping into the bay, crescent lines of ruffled little peelers trying to break in the too high tide.
It should sharpen up a bit as the tide drops out but then the wind is forecast to swing more onshore too, blowing in from the north west and that will keep the temperatures down as well.
The water is still warm though! 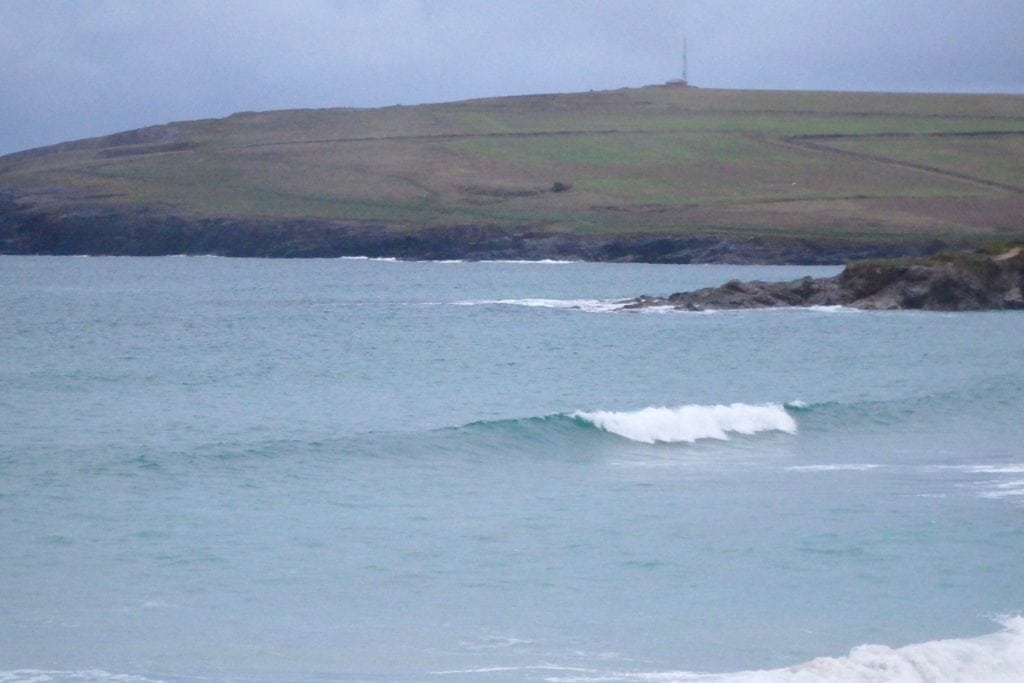 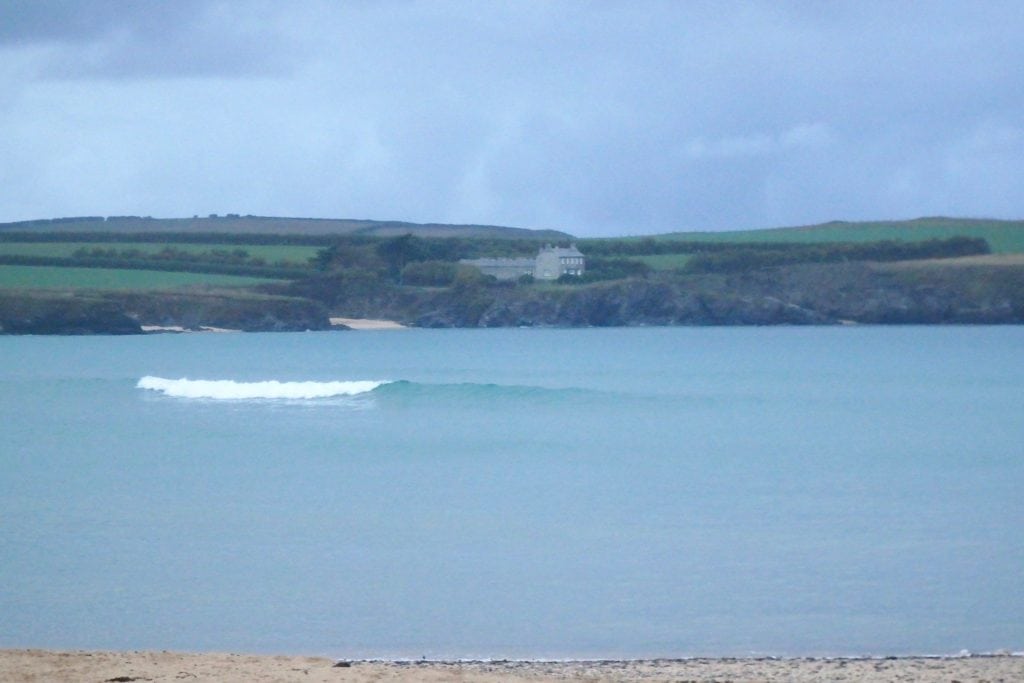 An occasional foot or so of smooth but tide fattened little waves are gliding into the bay, trying to break but struggling in the deep water of high tide.
The wind is likely to pick up soon enough and it is also likely to be straight onshore here so as the tide drops back and the waves should sharpen up that wind is likely to make it a little sloppy and choppy!
So it’s the other side for a surf today and it’s not exactly stoking over there with only a couple of feet of crumbly and ruffled stuff expected for most of the day! 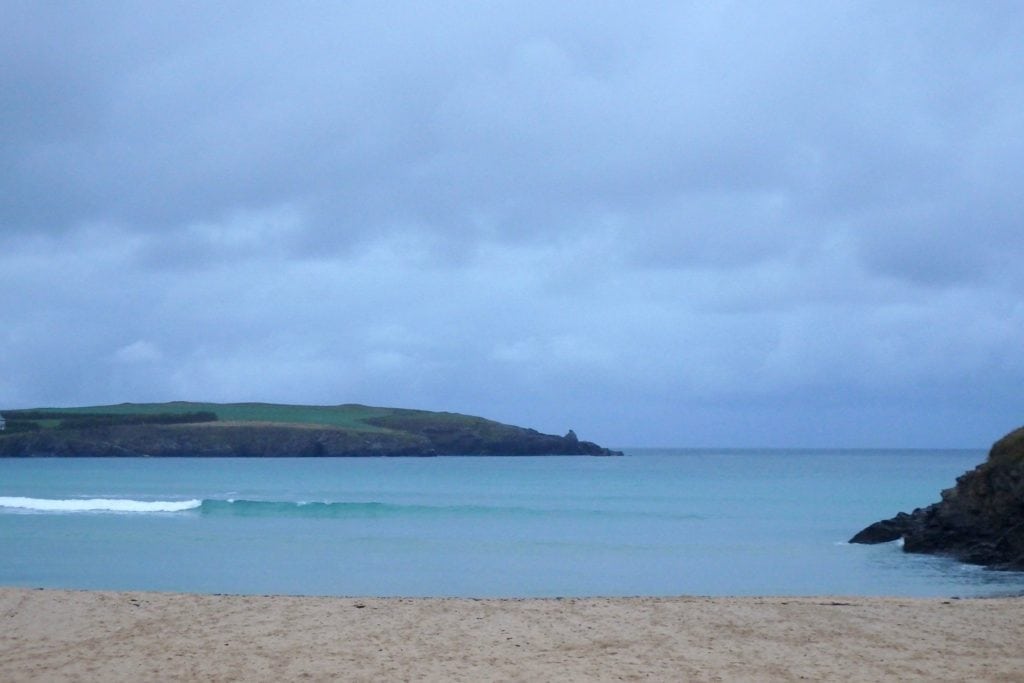 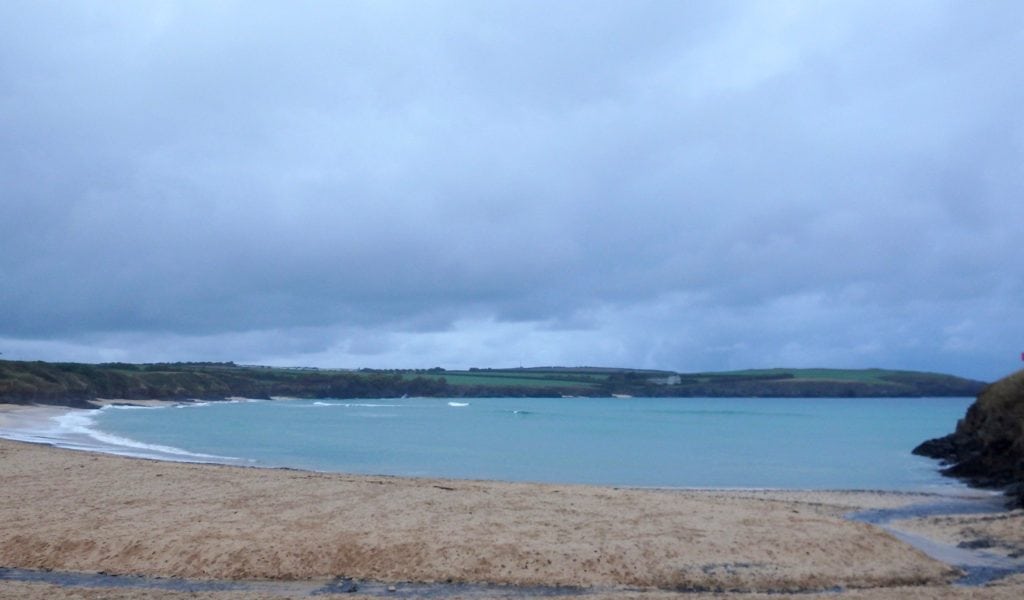 A couple of feet of swell is likely to be ruffled and crumbled again by a brisk and blowey northerly wind.
There is a chance that that wind could just twitch to the north east for periods of time and that would be offshore at our preferred surf breaks locally, making for much better shaped surf.
But we will have to wait and see for that one!
The weathers would be just about okay for most of the time too.

A more mixed weekend is waiting for us compared to the last few with a chillier breeze blowing down from the north, turning into more of a wind later.
The weekend is likely to start out a bit windy and damp and onshore with a brisk north westerly wind blowing down the coast. That wind should quickly change to a north easterly which is offshore at a few good breaks locally. And the surf should enjoy just a little surge through mid morning just as the wind changes (again,hopefully!).
So Saturday could just come good with a decent couple to three feet of offshore groomed surf along with some sharp and bright sunshine, if only for a moment or two! The temperatures are going to feel colder though!
Sunday is likely to be much windier, a strong northerly wind gusting down the coast again, while two to three feet of windswept surf teases in those chilly temperatures.
And then we should see north easterly winds taking us into the start of next week, all chilly and blowey but maybe just allowing the surf to be okay!
Have a great weekend, wherever you are and whatever you’re doing!