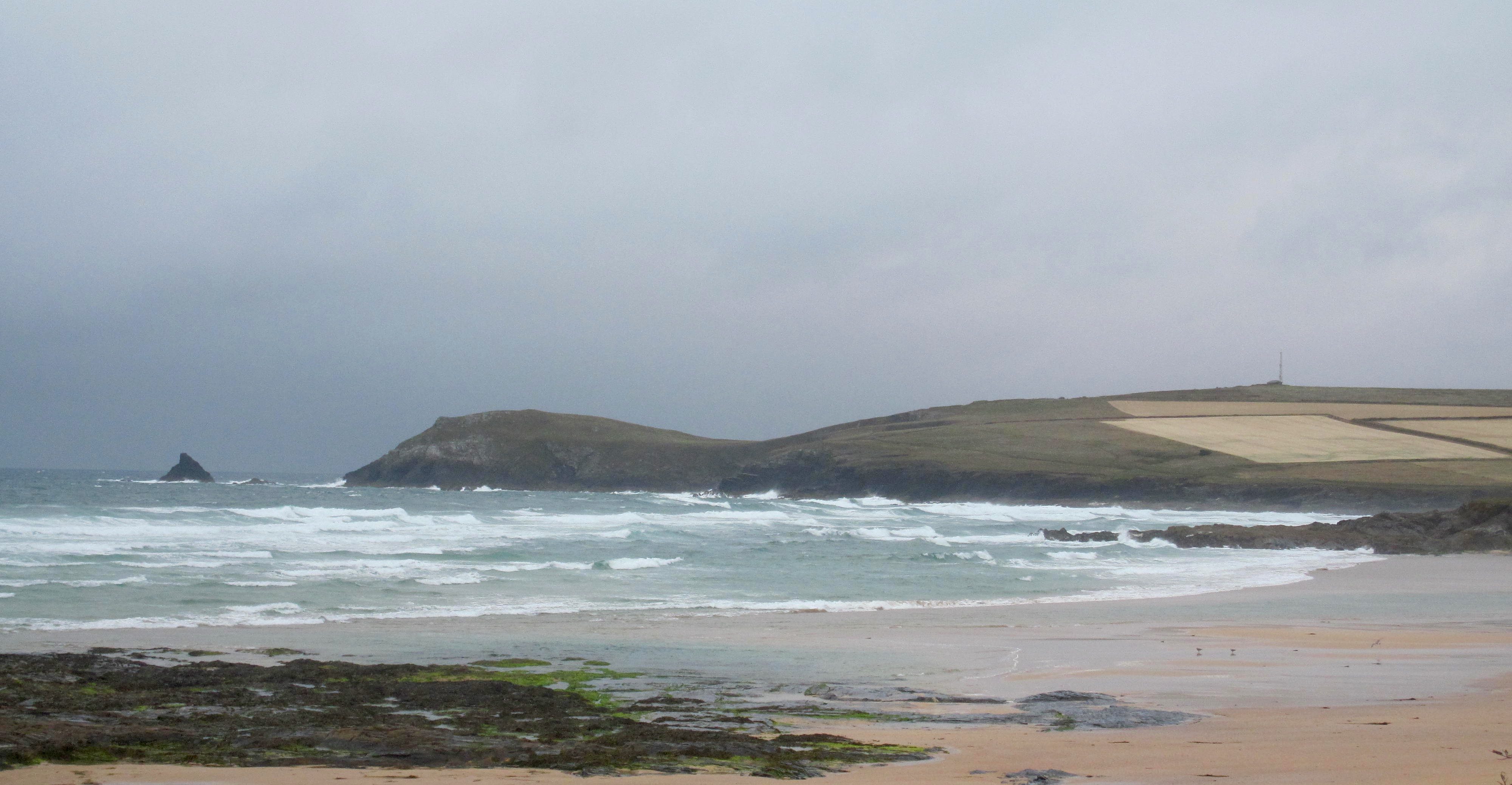 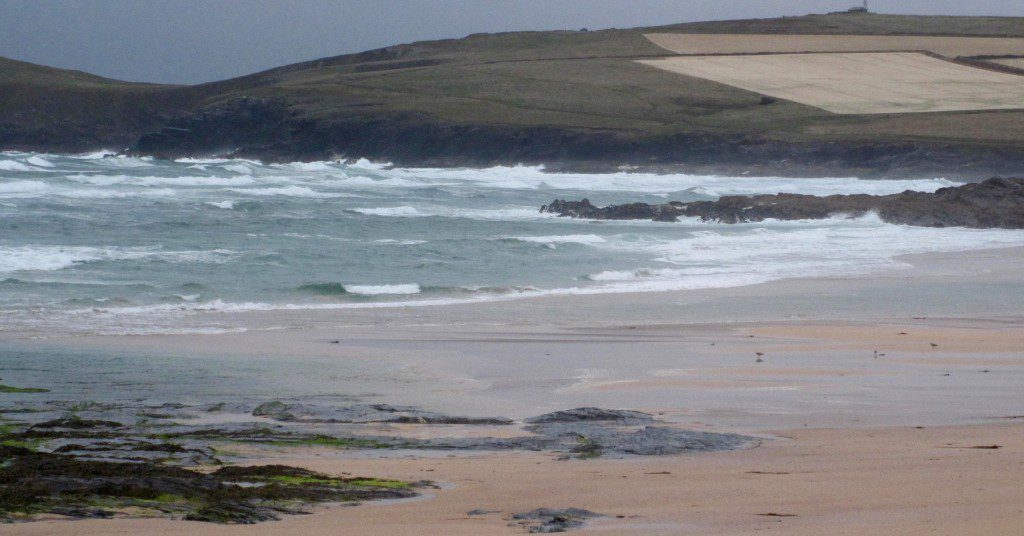 It’s a wild and raggedy morning out there agin this morning, the wind not quite the howling and tempestuous blow that has been forecast but not far from it!
There is a westerly gale blowing in, carrying a lot of wetness and bending those heavily laden trees and hedgerows in its way, those rain squalls having the sting of winter to them.
And so the surf is a junked out, smaller than you might expect, three feet or so.
A mixed up and choppy mess of surf that will have to rely on high tide to give it any hope of appearing to be something that you might want to paddle out in.
Let’s have a little look at Harlyn….. 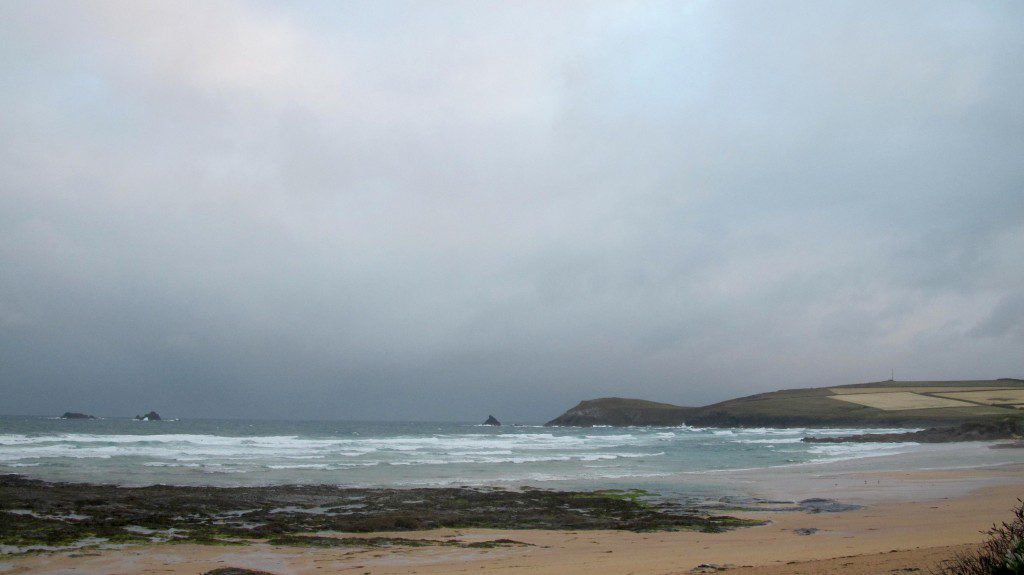 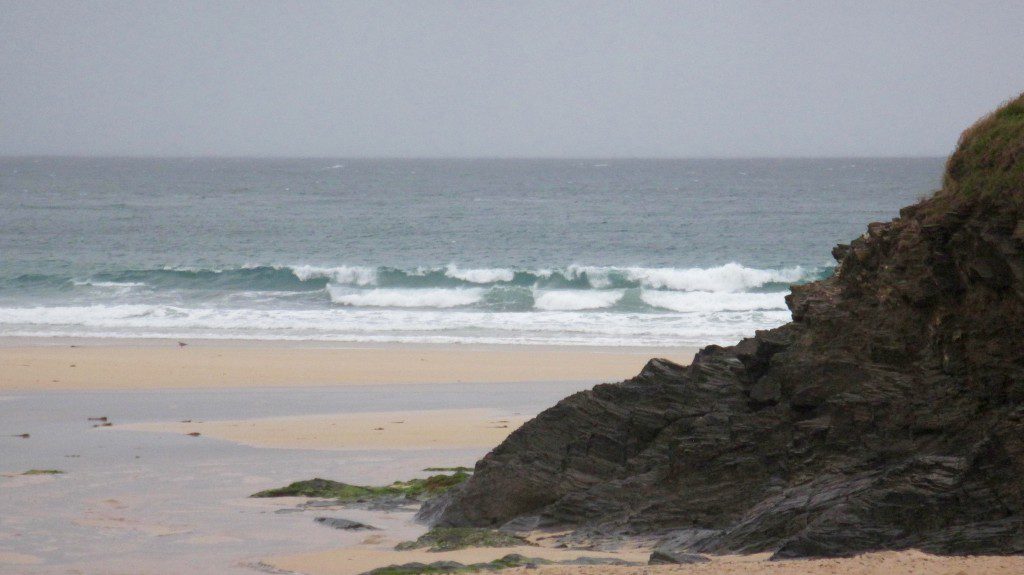 There’s not much surf getting in here this morning.
Yet.
Give it time though, low tide is a good couple of hours away yet and so it is probably at its weakest. Once the tide turns we should see some thicker and heavier, growling little waves.
But right now there’s a foot or maybe two of dark grey and wind warped little close-outs slapping the sand, that howling wind starting to wind itself up into a frenzy and blowing across the sand. There is just a degree or two of north in that otherwise westerly wind and so it’s not going to be its cleanest here when the swells do start rolling through.
But there should be some growling and quite big rolling waves by lunchtime! 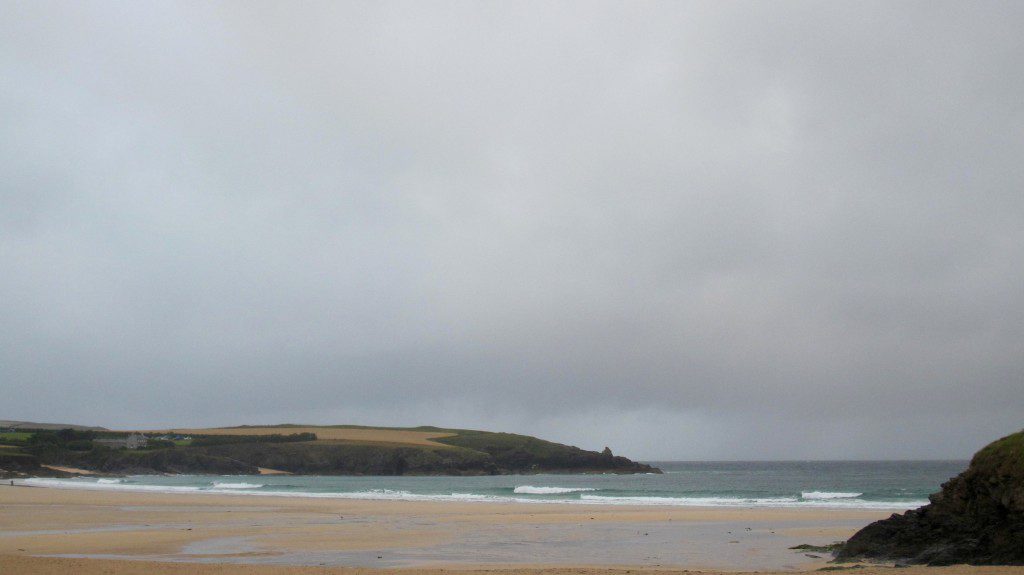 We should be enjoying a lighter and brighter day today, the wind having eased a lot while the sun finds its way through that grey, grey canopy of recent days.
But that lighter wind is likely to be from the north west, onshore everywhere around her and chilly too!
So, we can expect three to four feet of sloppy and choppy surf with onshore winds and cooler temperatures.

Big and windy, wet and even stormy conditions are going to start this week off!
It might be the end of July but we are in for some wintery surf conditions with a thick and wind driven, lumpy swell rolling all along the coast.
Those strong westerly winds are going to take us well into the middle of the week when they then look like they will slip to the north west, onshore everywhere.
But in the meantime it’s going to be Harlyn all the way! Three to four to five feet of solid and churning surf with strong offshore to sideshore winds are on the schedule with plenty of rain and not much brightness!
Don’t you just love the summer holidays!?
Have a great week, wherever you are and whatever you’re doing!