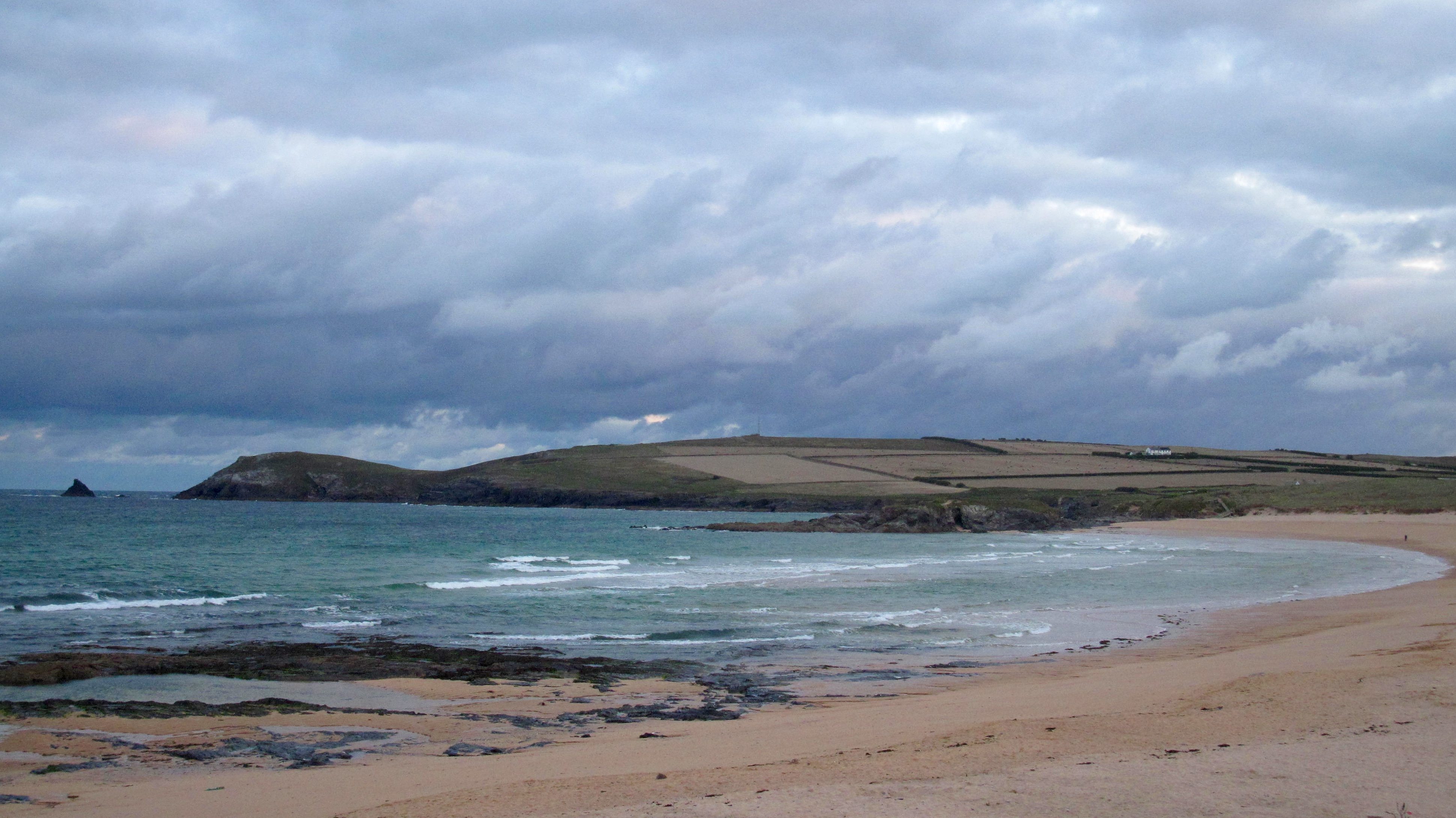 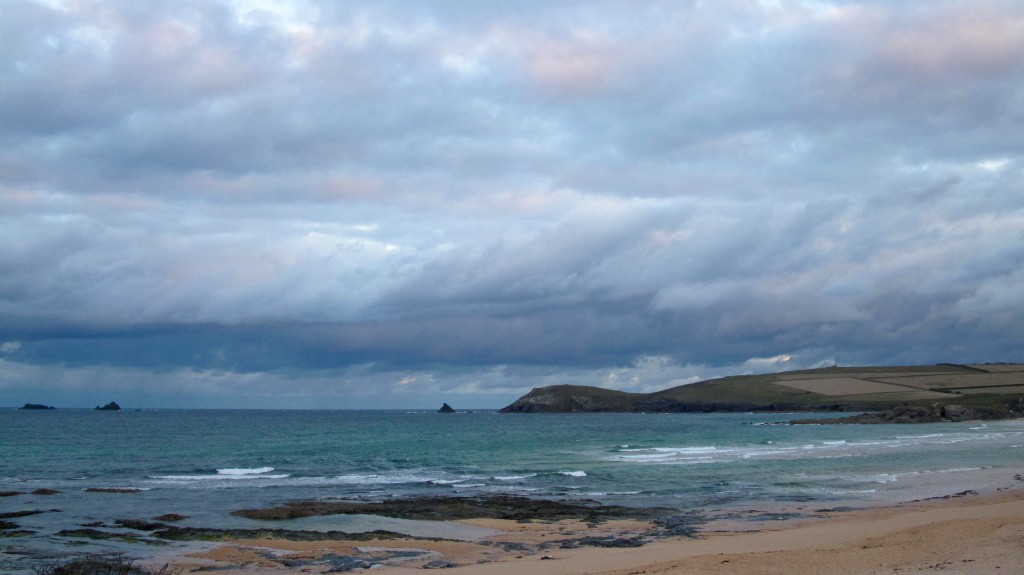 It’s more of a winter’s morning this morning with a north westerly wind chilling the air temperature and those blustery showers stinging as they drench.
There’s not much surf today either, a foot or so of broken waves are trickling over the mid-beach banks, a crumbly shin-high wave or two to bounce along on but there’s not much more than that!
But give it a few hours and it should brighten up at least, although I can’t see the surf improving any time soon!
Still, there are waves and they are just about rideable so it should be worth a little surf later on. 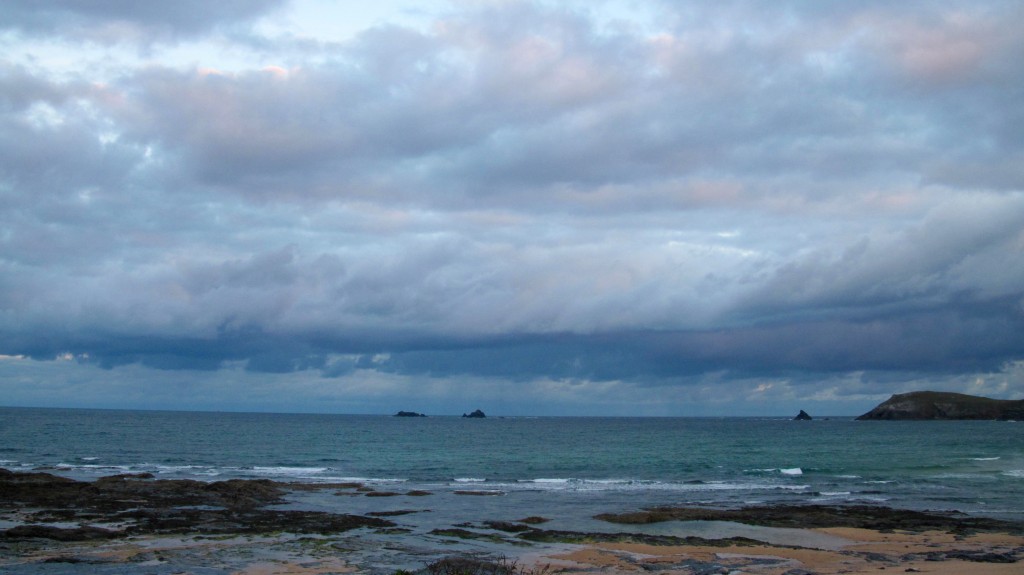 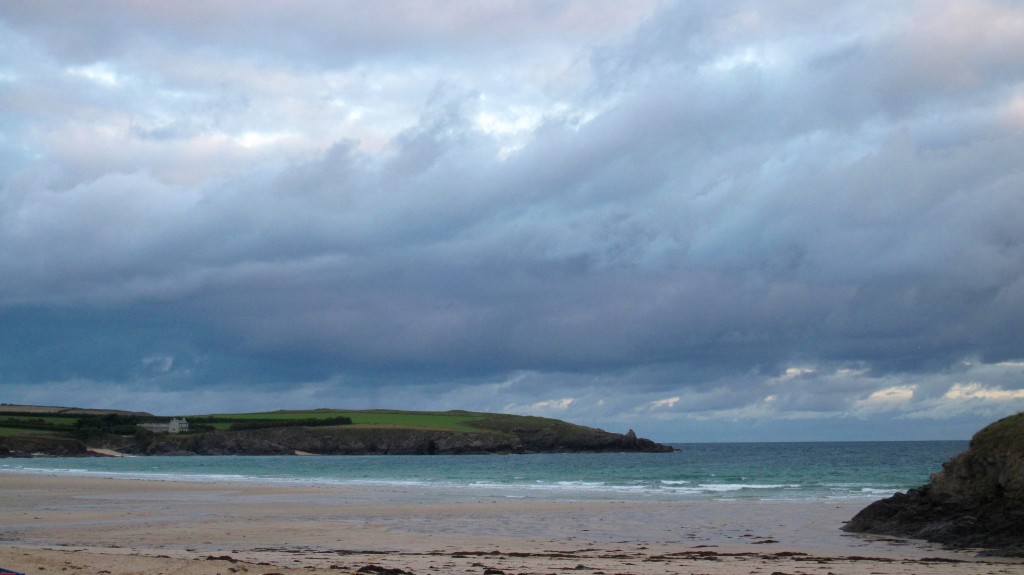 It is absolutely flat here this morning, flat and sloppy.
The wind is whistling straight in here this morning making for a mixed up and sloppy sea surface. No, if you want to surf today your only chance is to trek on over to the other side of the headland. And it’s not great over there either! 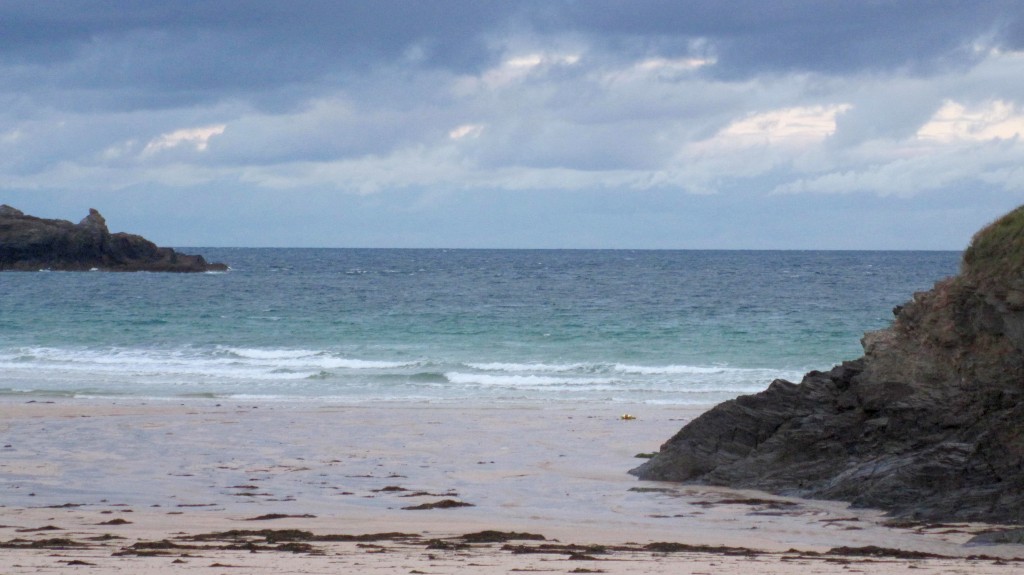 There’s not much change expected in the surf nor the weather today and so we can expect only a foot or so of sloppy and choppy surf with that cold north westerly wind continuing to put a chilly chop on it all!
There should just about be enough surf to be worth going in on but it is unlikely to be all that.

There’s a high pressure system trying build over us while a little low pressure system is trying to deepen out in the Atlantic. If either can establish themselves than everything could come together in the shape of settled weather and small but clean surf.
But it looks like it might be late into the weekend before everything does settle as it can.
And so in the meantime that brisk north westerly wind continues to control our weather for a little while at least.
Friday and Saturday should continue the pattern of the last week or so with fresh onshore and cold north westerly winds not doing much to help the surf at all. Shin high junk surf is about as much as we can expect as we go into the weekend.
And then high pressure should take control as the weekend unfolds with only small surf but with much cleaner conditions and much better weather due for Sunday.
Have a great weekend, wherever you are and whatever you’re doing!