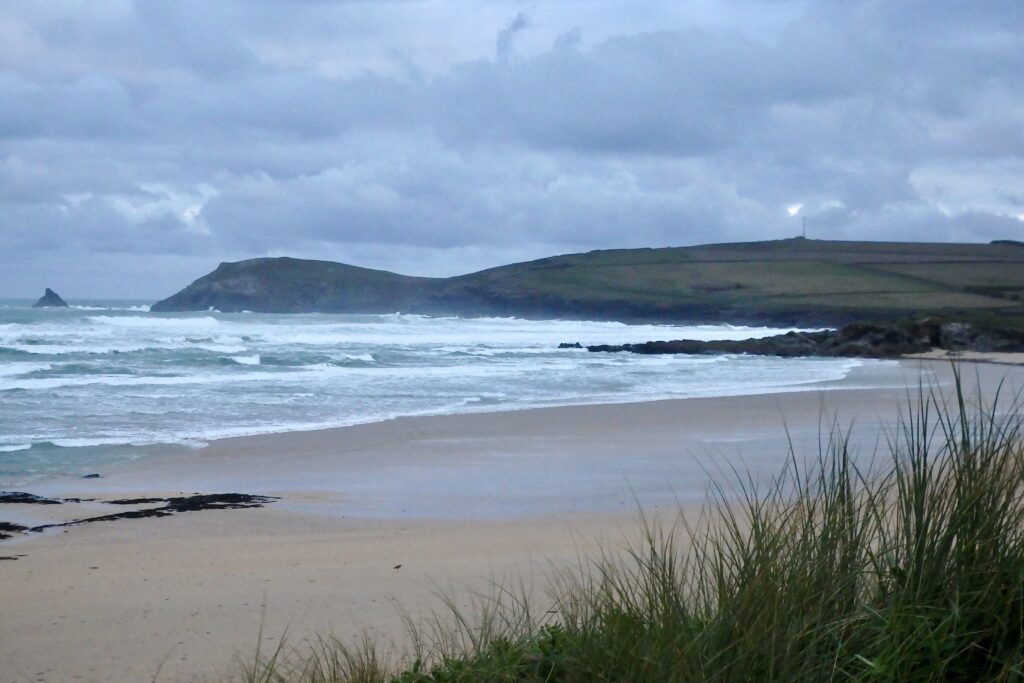 A cold Autumn morning is greeting us this morning as a biting north north easterly wind screeches down the coast. But the sky is fairly bright and it’s reasonably dry out there, just chilly and breezy.
That wind is chattering across the faces of some big and lumpy swells as they are bundled into the bays, bouncing across the slab and and exploding off the Point too.
It’s all very dramatic and very storm watchy but there’s not really much to surf on.
The far coast could be good today though. 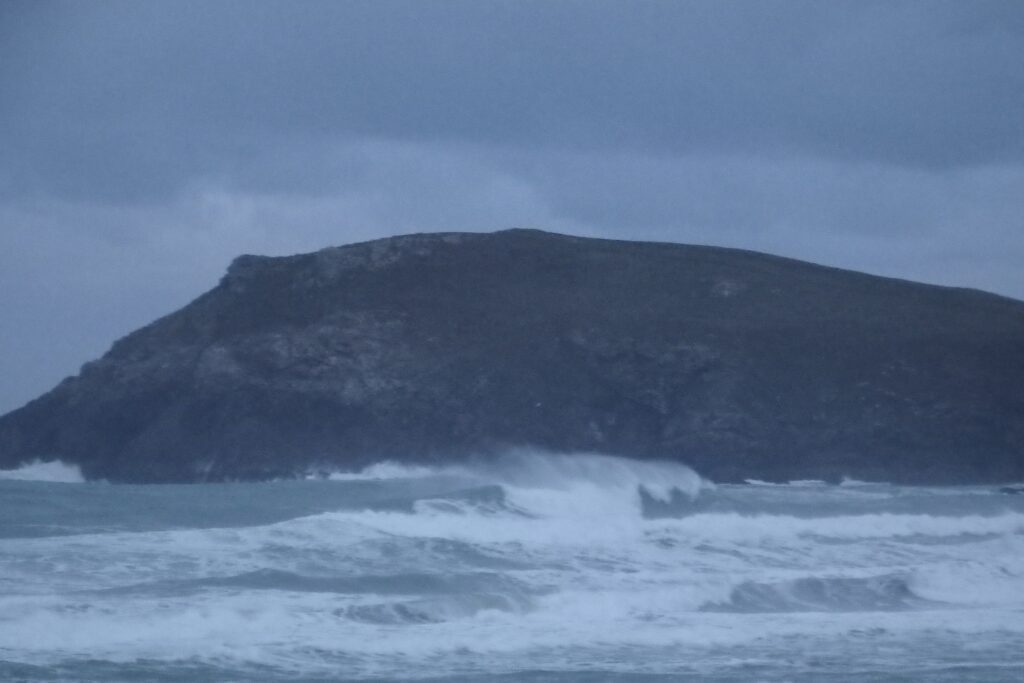 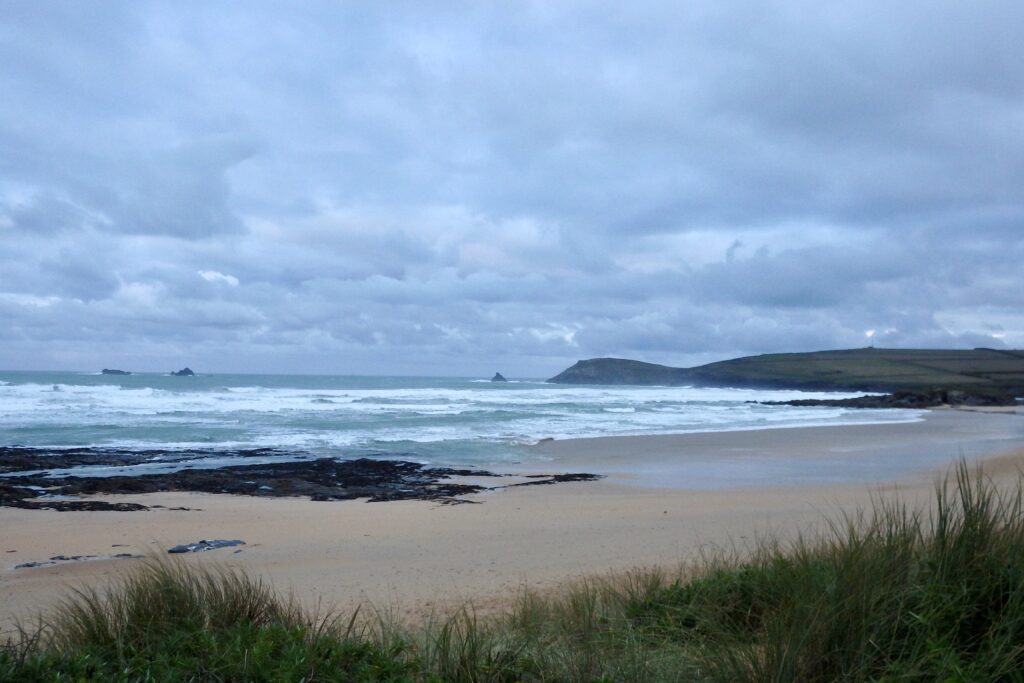 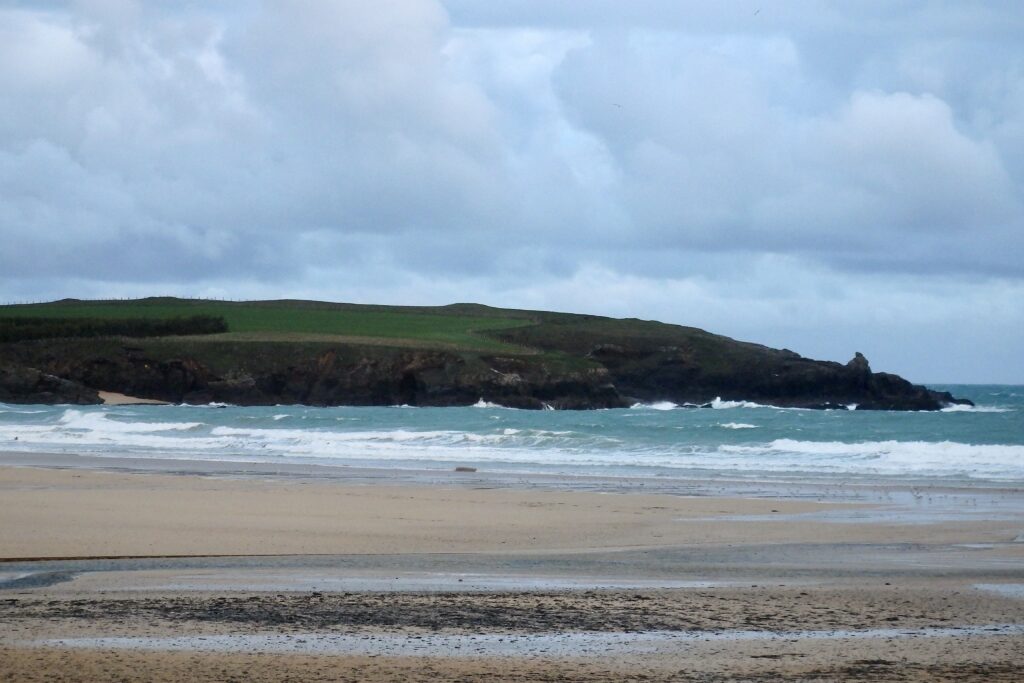 A cold northerly wind is whistling into Harlyn this morning, toppling and bouncing the smaller than expected swells into a mucky and messy mix of broken surf.
Three feet, maybe occasionally four of mixed up junk surf is tumbling around the windswept bay.
It’s not very appealing or enticing.
But somewhere should be? 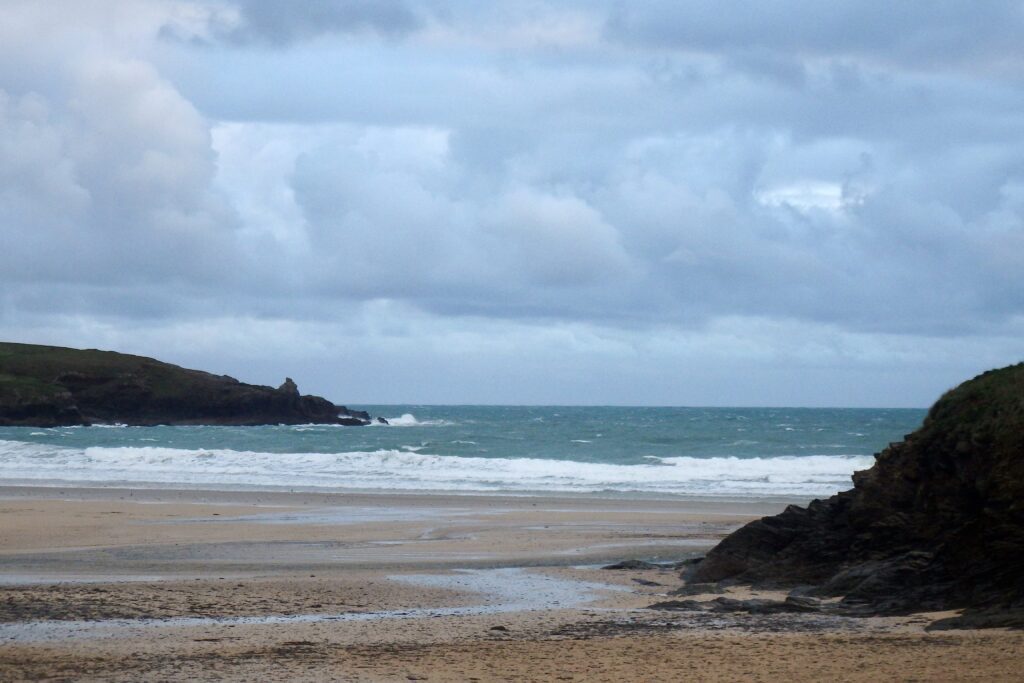 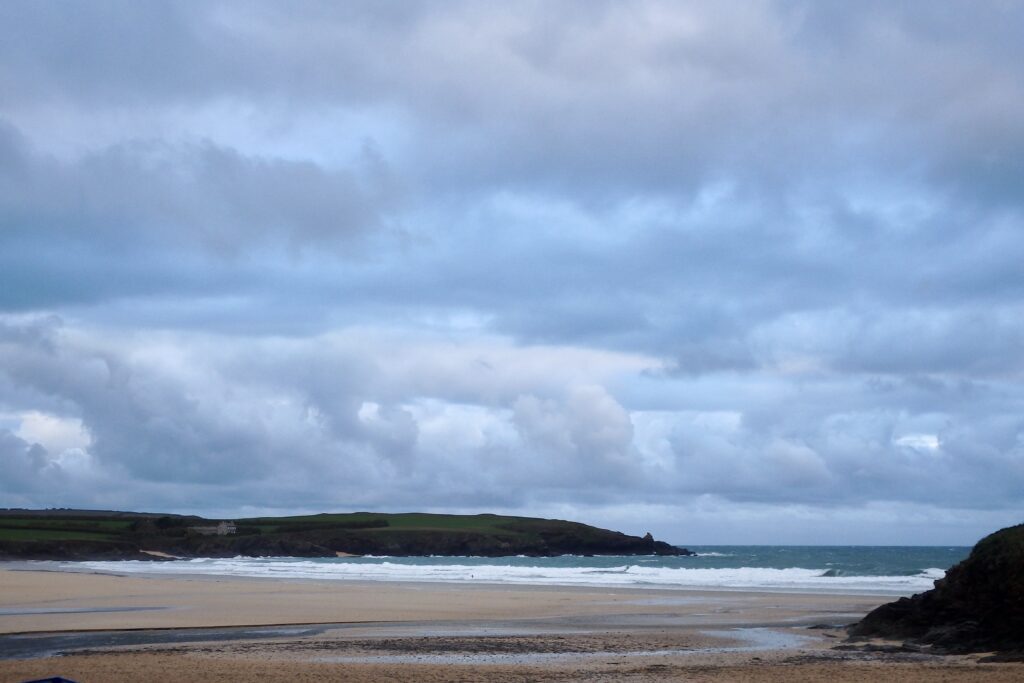 Calmer winds and smaller swells are likely to be washing along the coast, that wind still staying onshore mainly from the west but much quieter than it has been. We should see some finer weather as well, even if only for a few hours!

These mixed up swells and blustery winds are likely to last well into midweek this week with the winds veering all over the place but ending up mainly west north westerly, not much good to man nor beast but definitely not to anyone looking for clean surf on the north coast of Cornwall.
But by midweek we might just see some cleaner and brighter, more fun surf conditions with Wednesday probably being the only day of light breezes and sunshine.
Make the most of it though, the wind will return soon enough and those mountainous seas will soon be growling our way again!
Have a great week, wherever you are and whatever you’re doing!