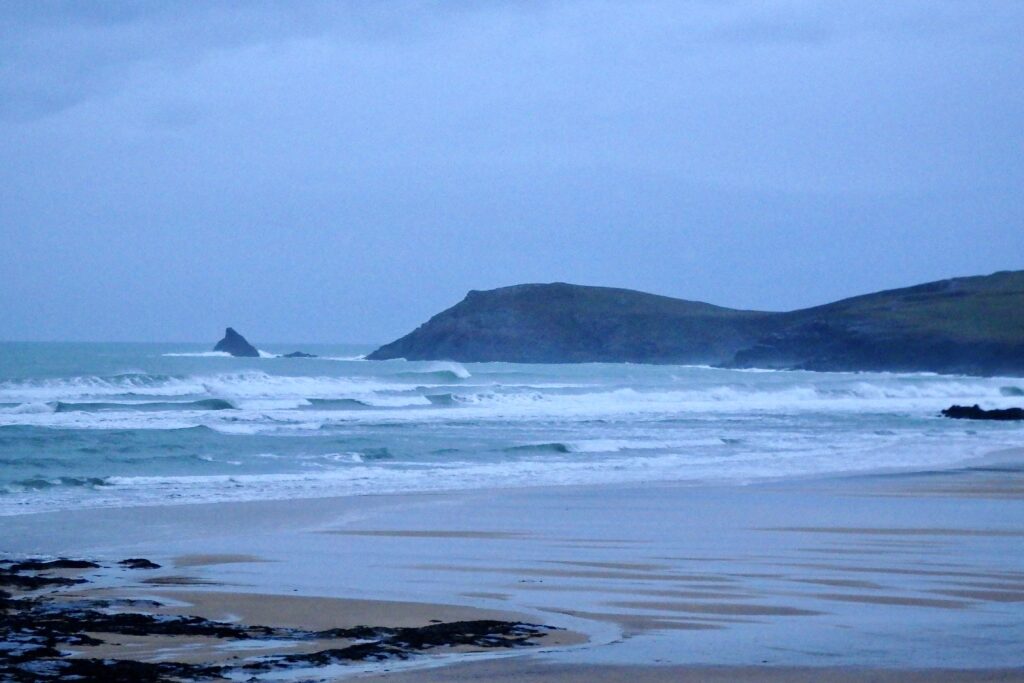 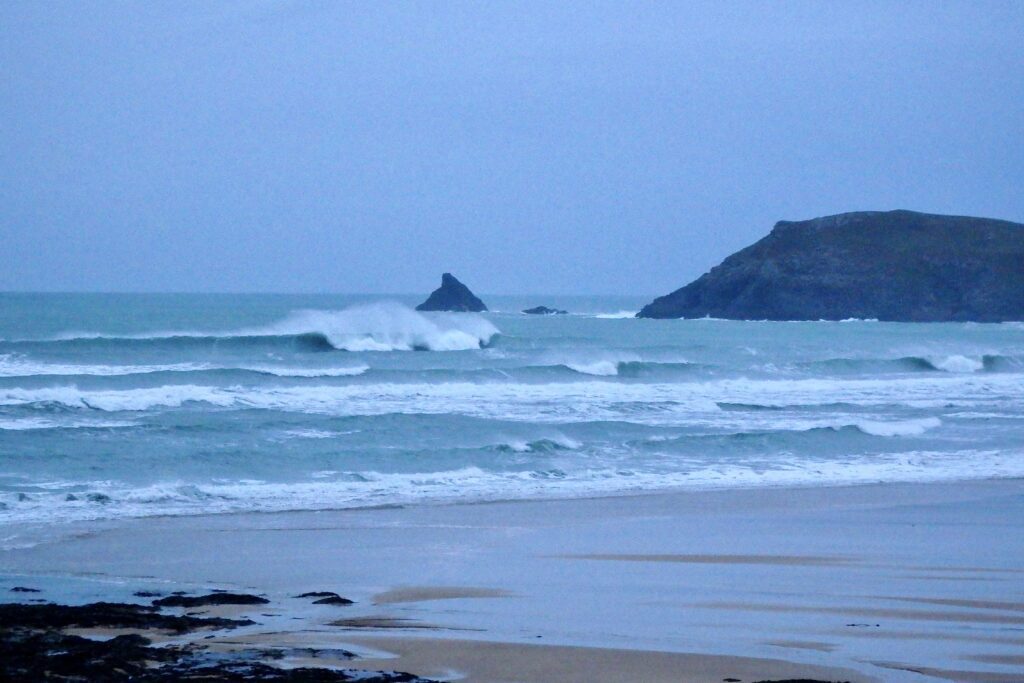 Another grey veiled, murky and chilly morning is cheered by the pumping swell down in the bay.
Four to six feet of thick and beefy, hollow surf is churning its way across our surf breaks, the wind still gusting but remaining offshore from the south east.
It’s another serious paddle but it should be worth it if you’re keen!

I’m slipping away for a few days over the weekend and so no surf report until next week. But it’s looking okay until Sunday and then Harlyn should kick in as you can discover in the weekend’s Surf Forecast below. 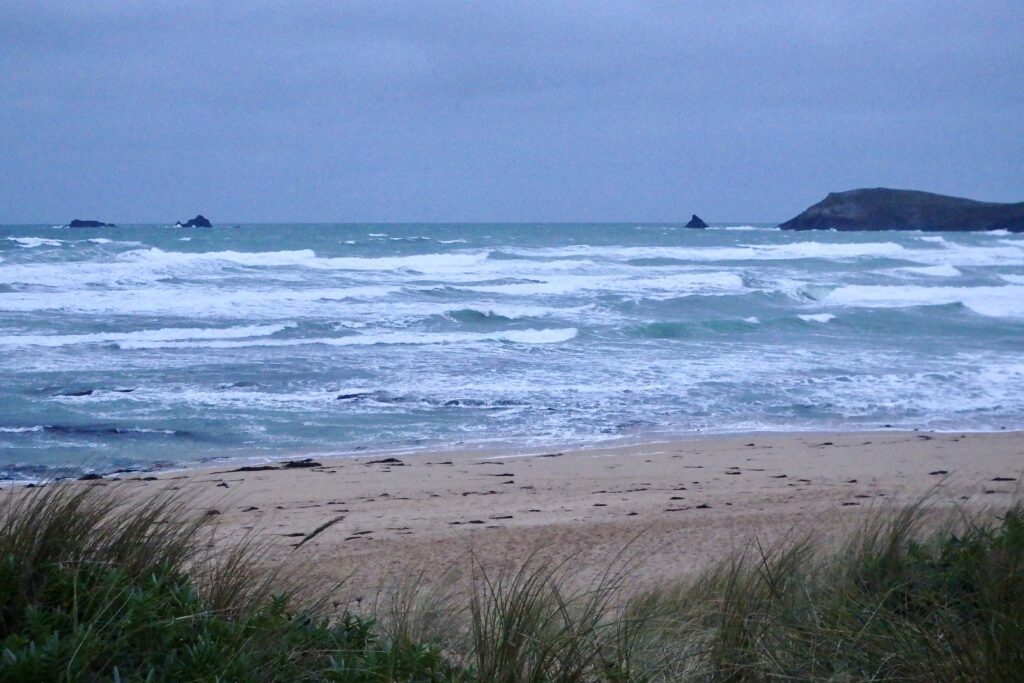 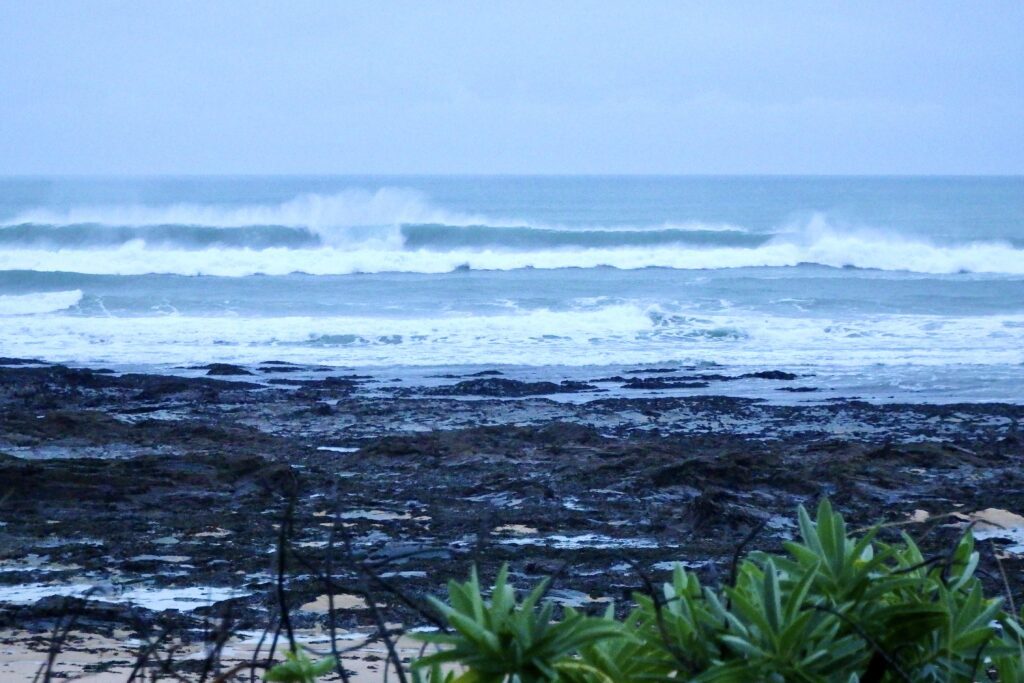 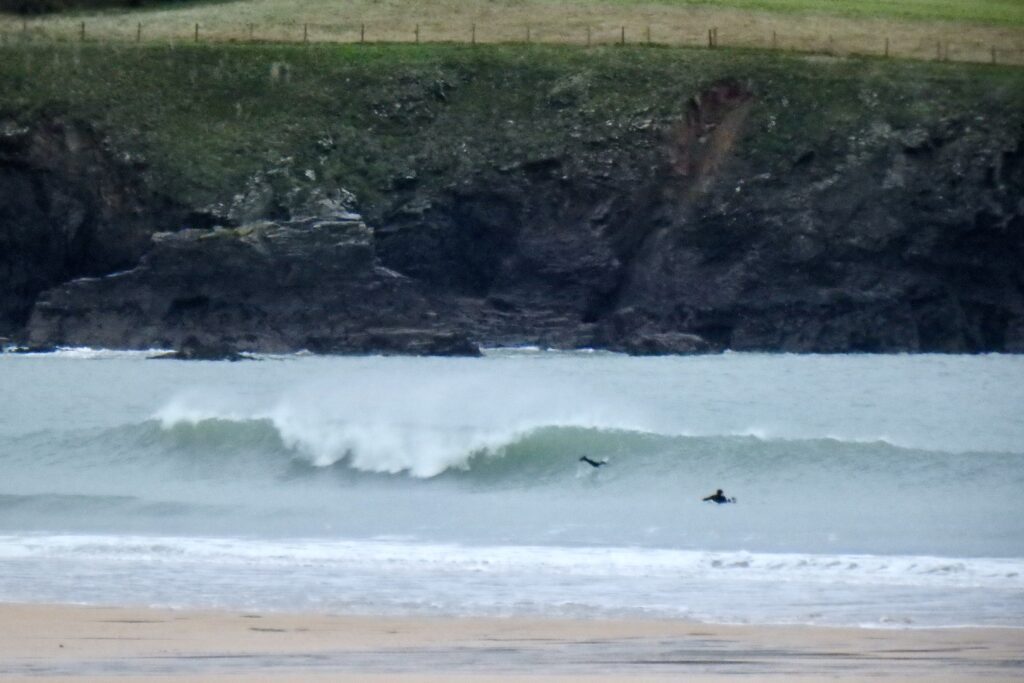 This swell is a long range, long wait swell as can be seen perfectly at Harlyn this morning.
At first sight it looks flat but wait around and those really pronounced sets of waves are eventually swinging into the bay. A hollow three fete and bigger of sand churning barrels are spinning off the Rock when they do arrive with that little peak further down pitching and peeling.
Looks fun! 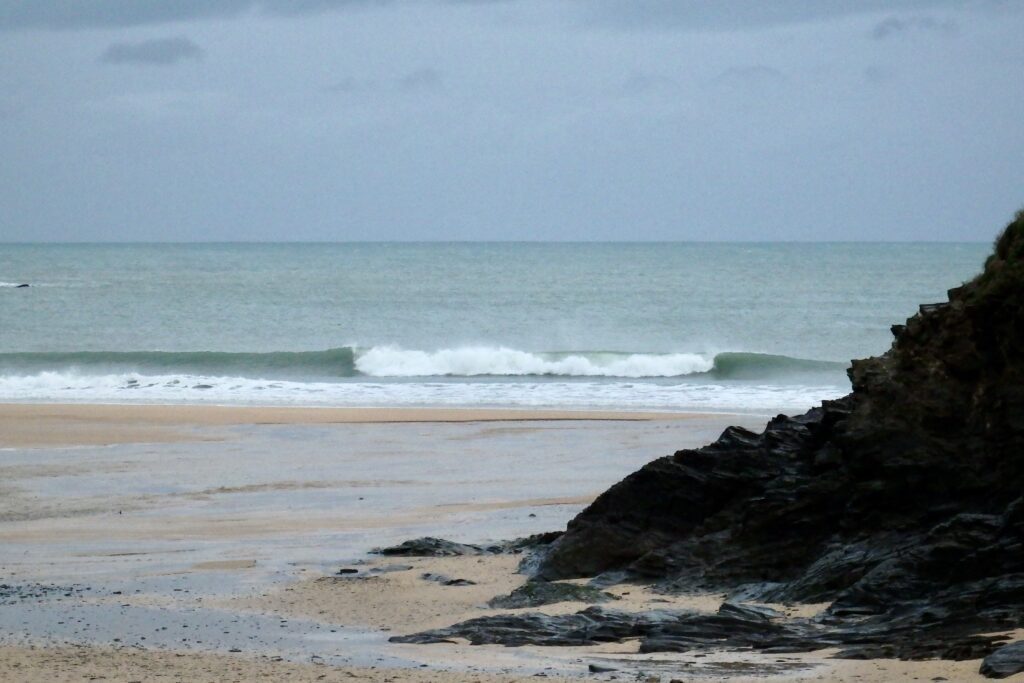 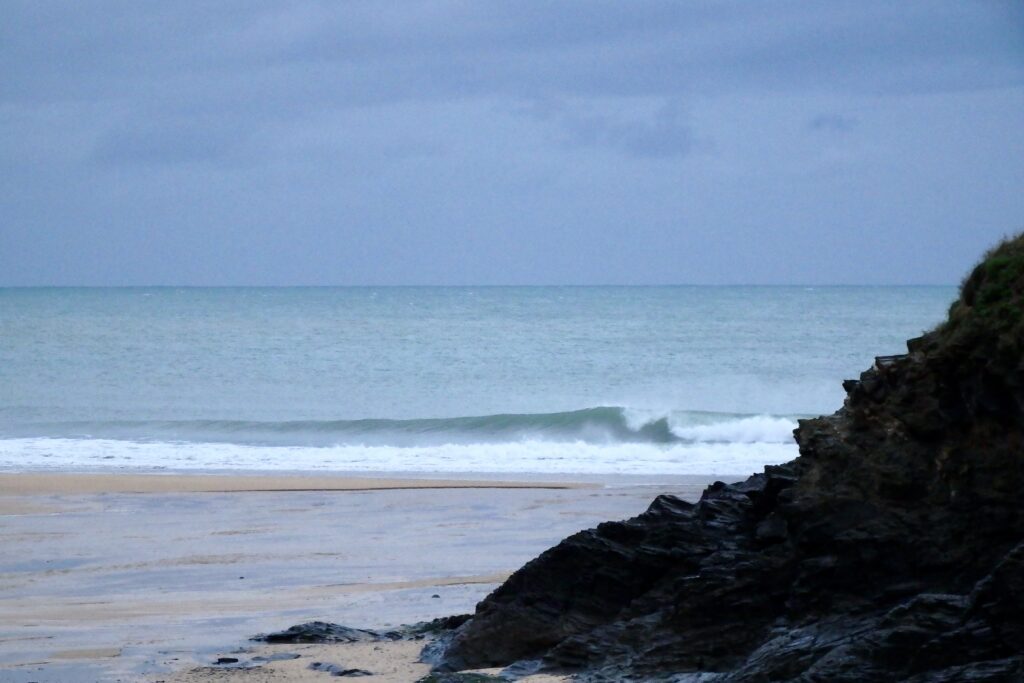 The breeze is likely to have eased even more today, just about staying offshore from the south east which will be nice for the smaller but still very surfable two top three feet of expected swell.
The usual spots should all be firing with a few newer options opening up as the streams flow and the sand is moved.

These offshore winds are likely to continue well into the weekend, the swell gradually weakening but only very slowly.
Saturday should be fun for everyone with only small but clean and fun little surf rolling through all day long. The weather isn’t likely to be all that but those little waves are likely to still tempt you in.
The wind will have backed onshore by Sunday, brisk south westerlies rattling in at our main surf breaks, blowing offshore at Harlyn. And that same wind should bump the surf up too, a thick four foot swell producing there to four foot waves at Harlyn.
So, a typical damp and breezy winter Sunday at Harlyn – always fun, especially followed by a relaxing pint but no longer available at the now gone Harlyn Inn.
And that sets the tone for next week with gusting south westerly winds pushing through big and lumpy, wintery swells all week long!
I’m a way for a few days so no surfcheck until next week but it is all fairly predictable with bowling and fairly big surf at Harlyn providing the entertainment for a good few days to come!
Have a great weekend, wherever you are and whatever you’re doing!