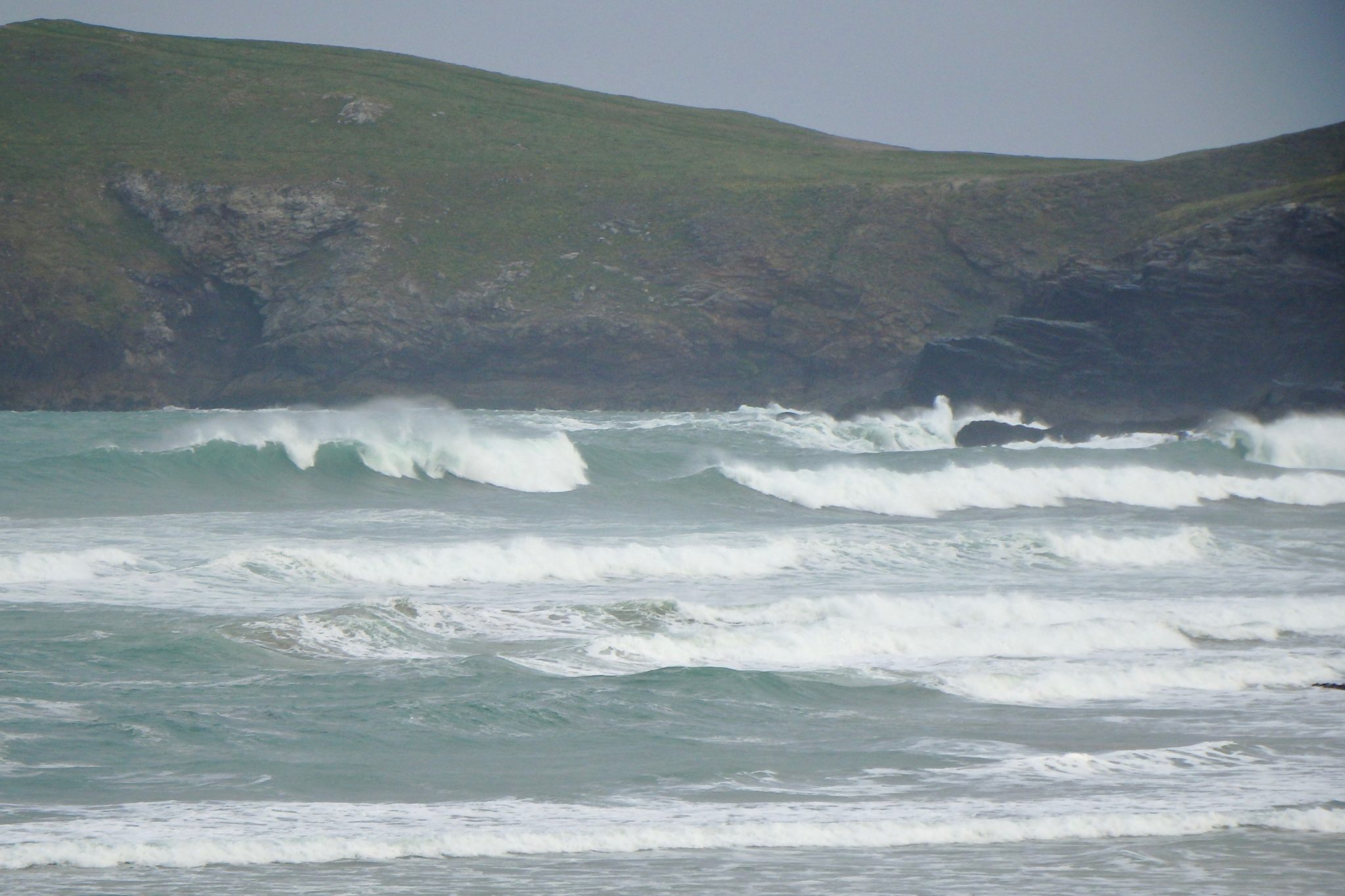 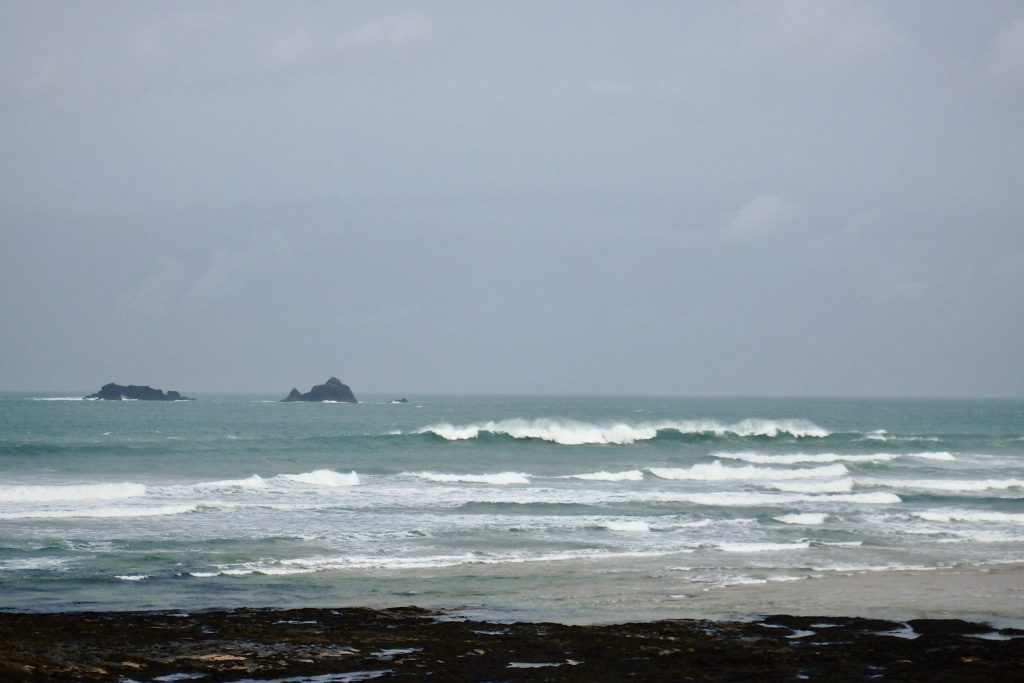 It’s a bit of a breezy one out there this morning, brighter so far but with a frisky south south easterly blow whistling along the coast.
And with a dark shadow of cloud following.
The surf is raging too with four to five feet of grey, rolling swells being buffeted by the strong wind, much bigger sets ploughing through it all like a Welsh front line.
It looks exciting out there but not an easy task, and probably not so rewarding here, there will be breaks offering much, much better conditions than Constantine today.
But Booby’s could be magical at just the right stage of the tide.
Harlyn could be good too, so let’s have a little look see…… 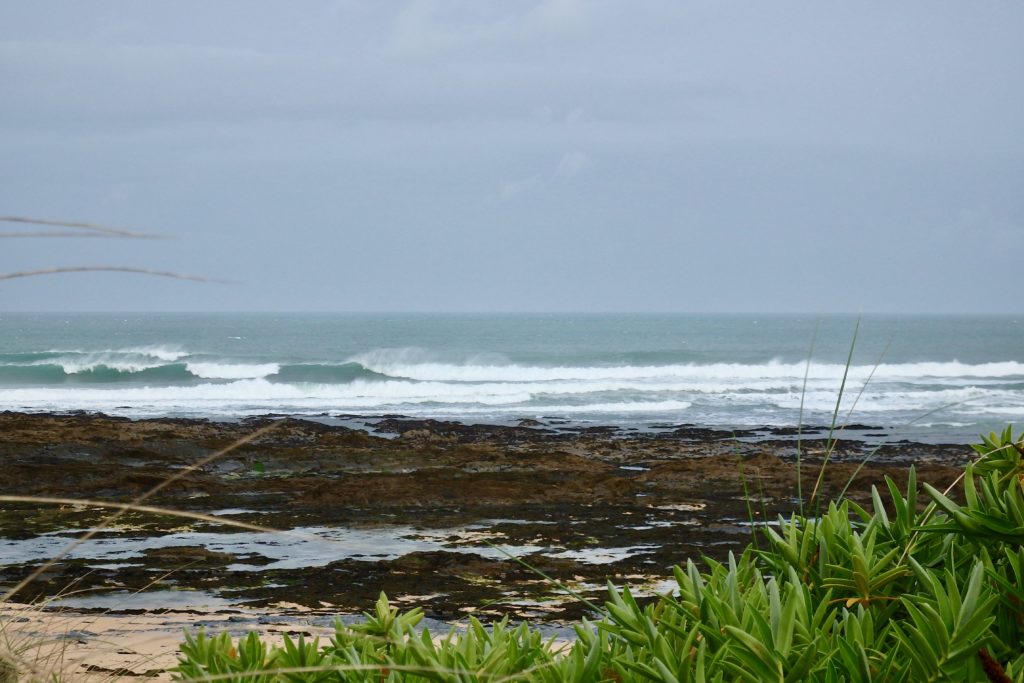 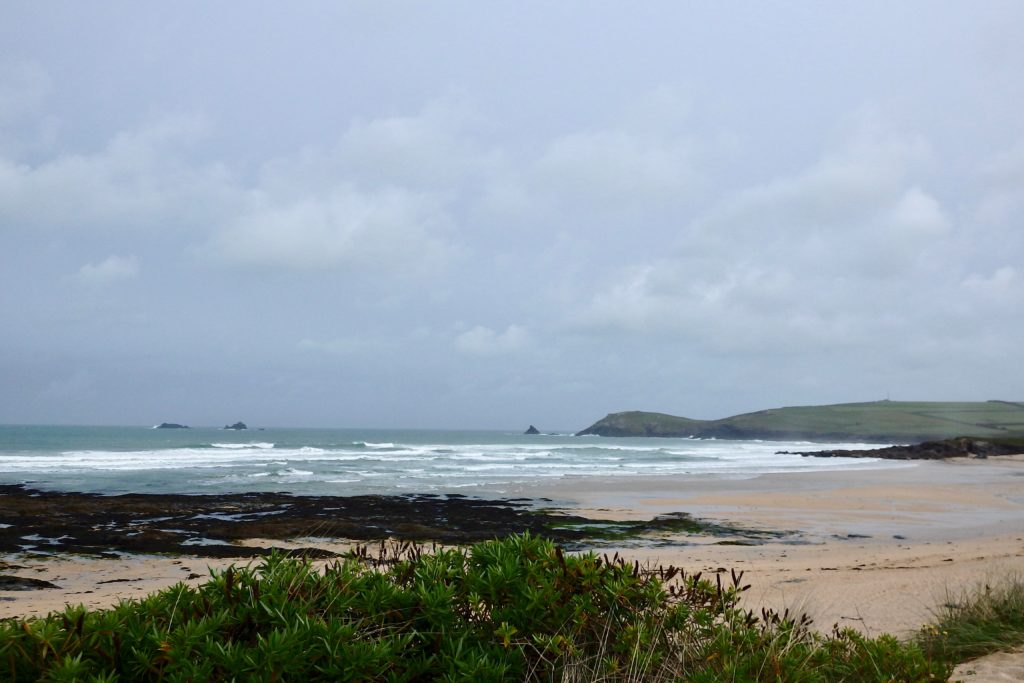 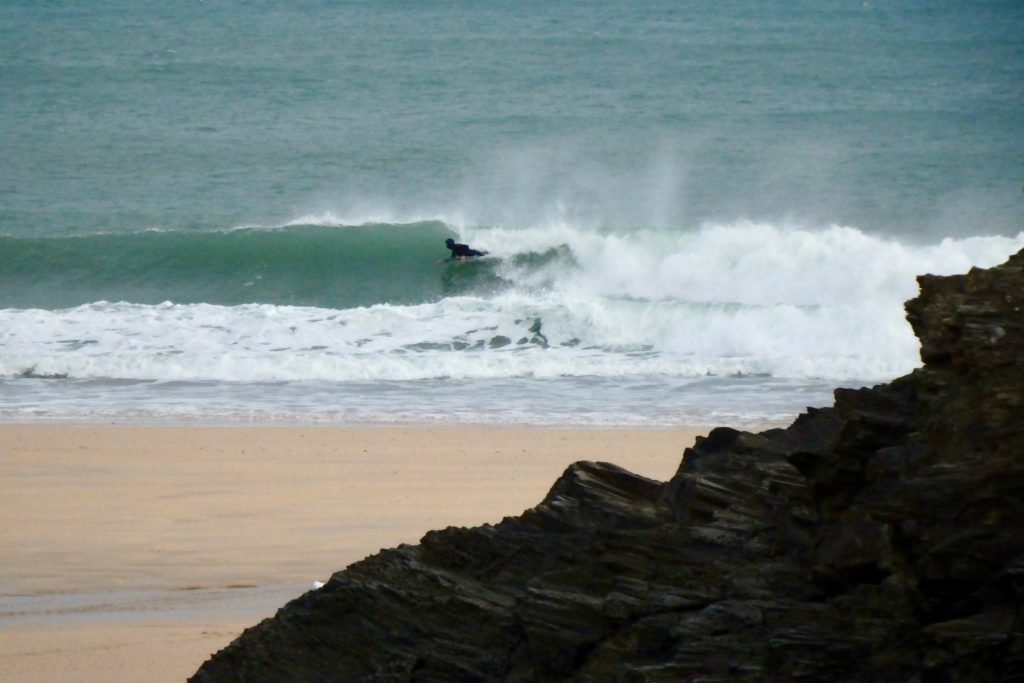 That screeching south south easterly wind is smoothing the sea and folding the three feet of curling and wrapping, hollow, snapping waves into fast and furious little grinders.
A decent two to three feet with long apart sets almost twice that size are pounding the sand as the tide slips out.
So I’m guessing that it might all pick up a bit on the tidal turn.
This afternoon could be good but it’s not exactly bad now! 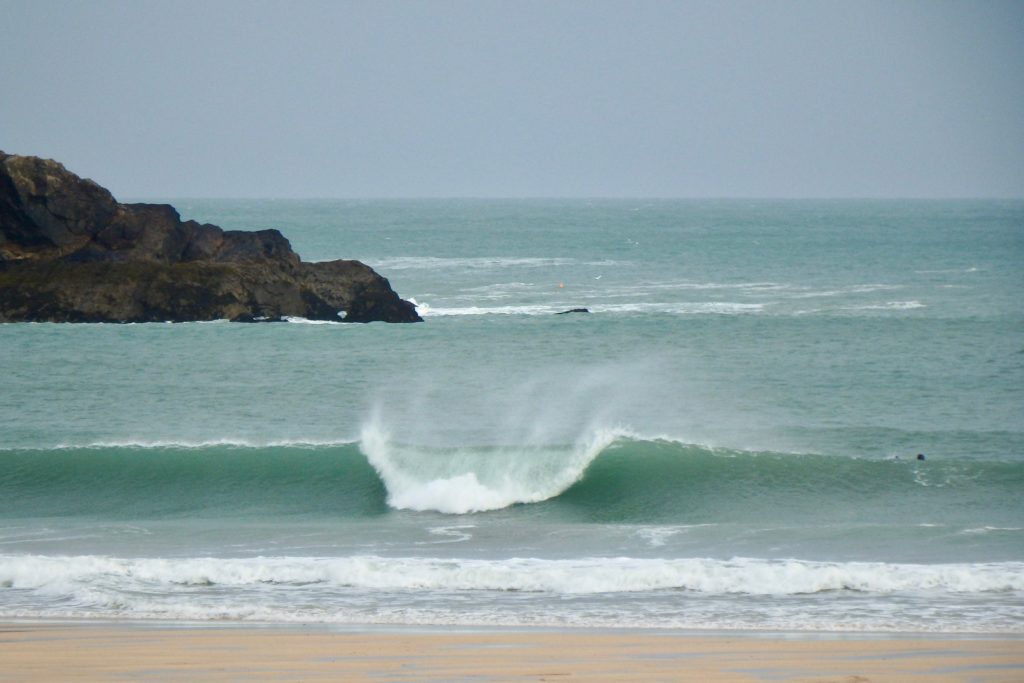 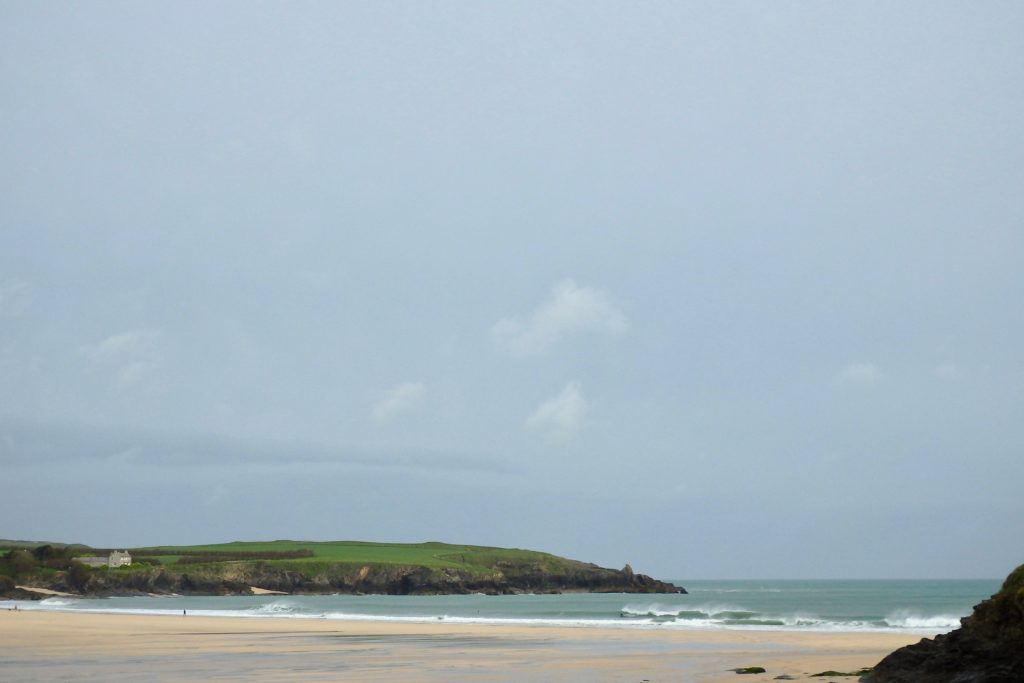 Surf Forecast for Saturday 12th May 2018

Four to six feet and offshore at the main breaks, two to three feet and clean at our sheltered spots.
Well, you did say that I’ve been droning on too much!

These thick swells should last all the way through this coming weekend, the wind continuing to be a little blustery but lessening through Saturday and settling south westerly through Sunday.
And so it looks like a Harlyn weekend ahead of us but hopefully one of those brighter and cheerier Harlyn weekends with bluer seas and gaping barrels to play in!
So Saturday is likely to be one of those quite frustrating but ultimately rewarding days where the wind cannot make its mind up as to which direction it is most comfortable to start with. But it now looks probable that it will settle to the south east, offshore all along the coast, gradually calming from the freshness of the morning. While the main breaks could still be a bit wild during the morning, those two to three foot waves at Harlyn will still be held tall.
By Sunday the more settled sou’ wester will be adding some extra size into those already grunty waves during the morning, those swells smoothing and steadying as the day settles down.
Yep, it looks like fun but maybe mixed with a little wind and rain here and there!
Have a great weekend, wherever you are and whatever you’re doing!