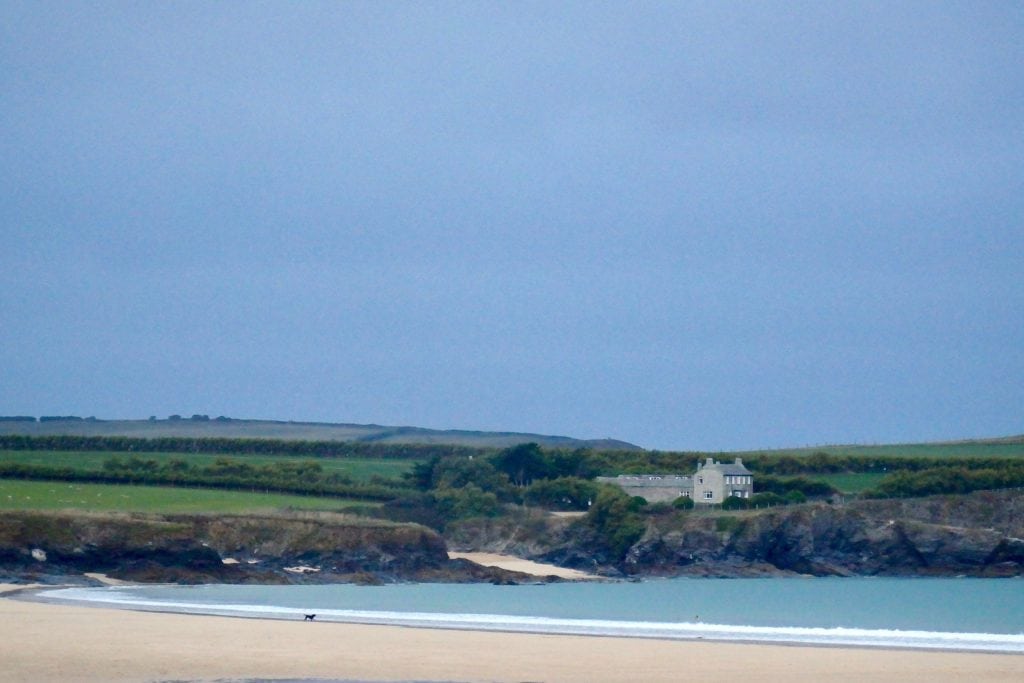 The wind is blasting down the coast this morning, a chilling north westerly with more than a touch of autumn to it, while thick grey clouds scoot across the skyline.
There is a change today, a little touch of something less summery and that is reflected in the colour of the sea too. A steely grey blue sea is frothing and boiling, the three feet or so of stumbling surf wandering aimlessly into the bay being pushed and pulled by that blustery wind.
There are waves but they are all blown out and sloppy.
Still, at least the water is warm! 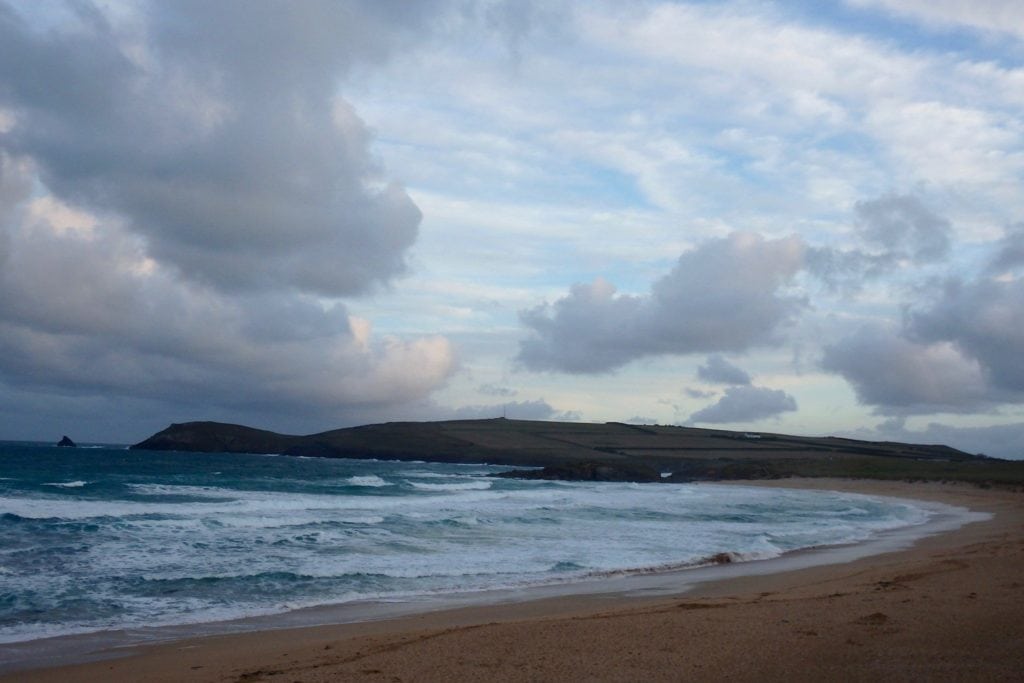 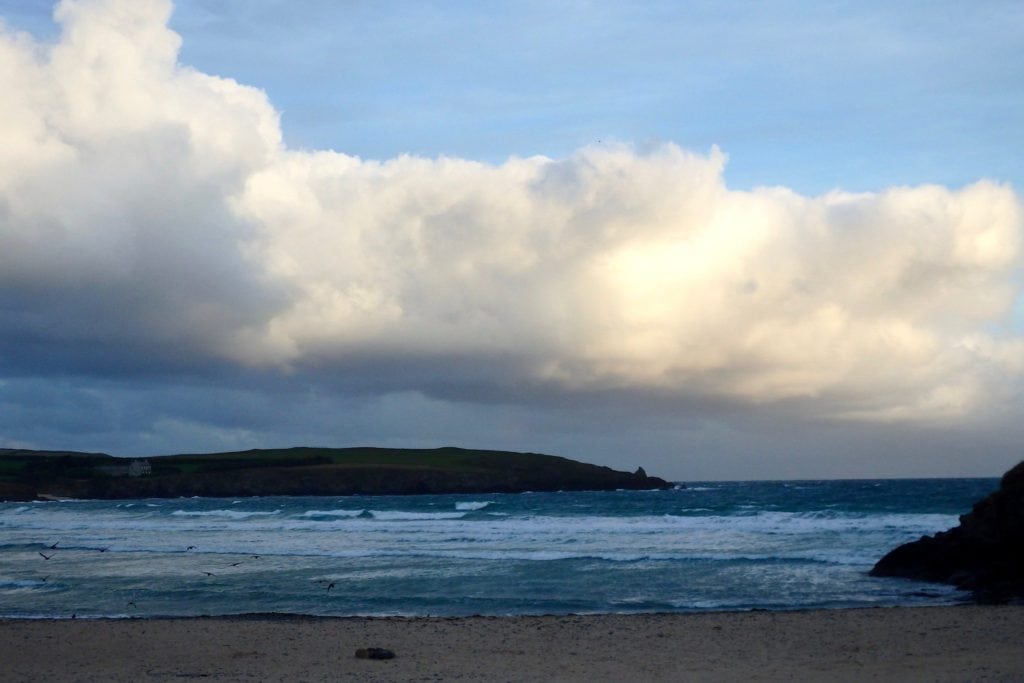 A foot or two of grey and windblown surf is washing weakly into the bay, the north westerly wind gusting hard onshore. It’s small and it’s messy and it’s not very tempting.
And I’m guessing that the south coast will be too small?

The wind looks as though it is going to stay from the north west but it should calm a lot, eventually easing to no more than a breeze by evening.
And so we are looking at more two to three foot and sloppy kind of surf, that onshore stuff that can be fun if you can convince yourself to go in!
It should be bright enough today though and that always helps!

Onshore winds are going to change the surf conditions over the next few days, this fabulous week finally ending with chilly north westerly winds dropping the temperatures while also slopping out the smaller surf.
And that is likely to last all the way through Saturday, the surf getting just a bit bigger than Friday but still only a couple to three feet and choppy.
The wind is likely to have switched to the south west by Sunday, pushing some more swell our way and allowing Harlyn to have more shape – if there’s enough swell to get around and into there!
But it won’t be long before those north westerlies are back making a mess of what surf there is washing around the bays!
Have a great weekend, wherever you are and whatever you’re doing!