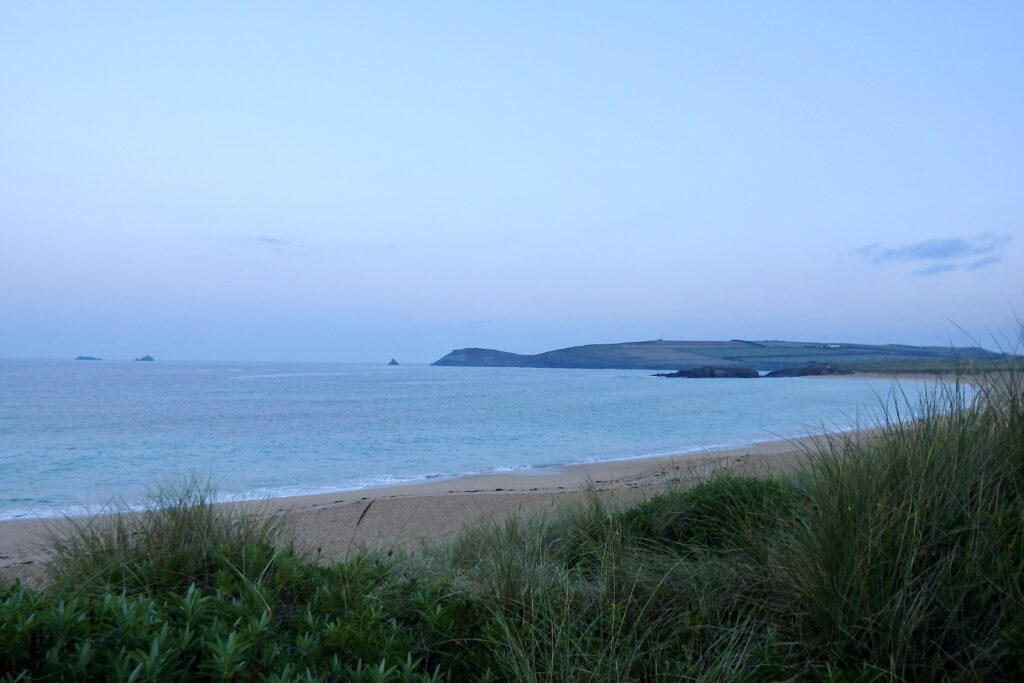 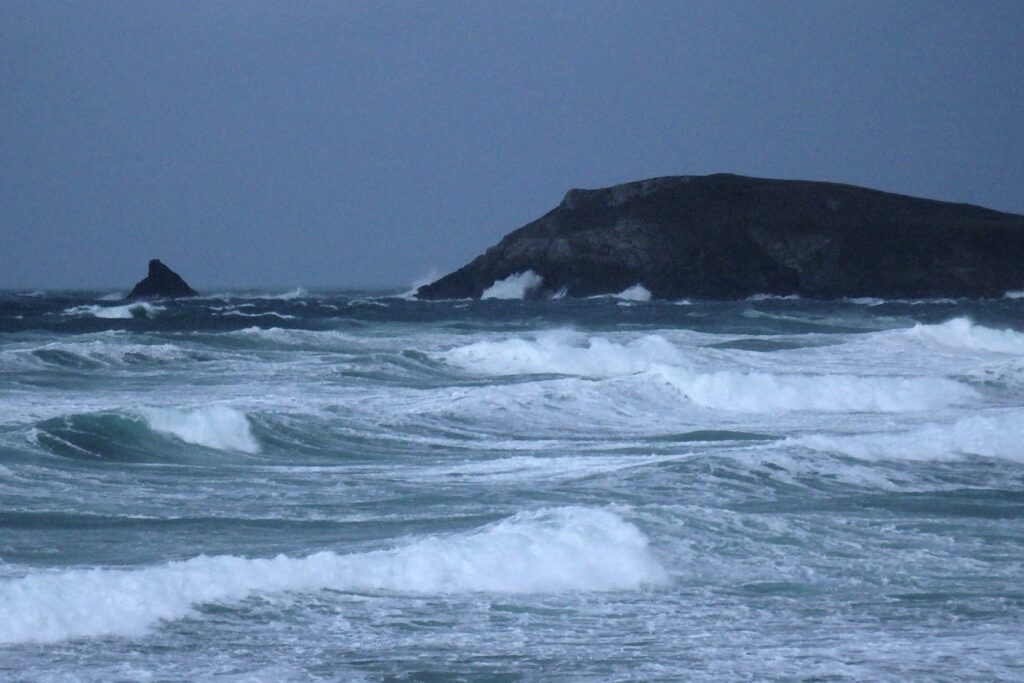 It has been a pretty filthy night and it’s now followed by a pretty filthy morning!
A South Westerly wind is screeching and screaming its way into the bay this morning driving heavy, squally showers ahead of it and stirring up the thick and lumpy, grey and angry looking surf. Six to eight feet of out-of-control, windswept and torn surf is crashing into the bay, tearing at the sand and flicking boulders and slate slices aside.
It’s not the place to casually go today! 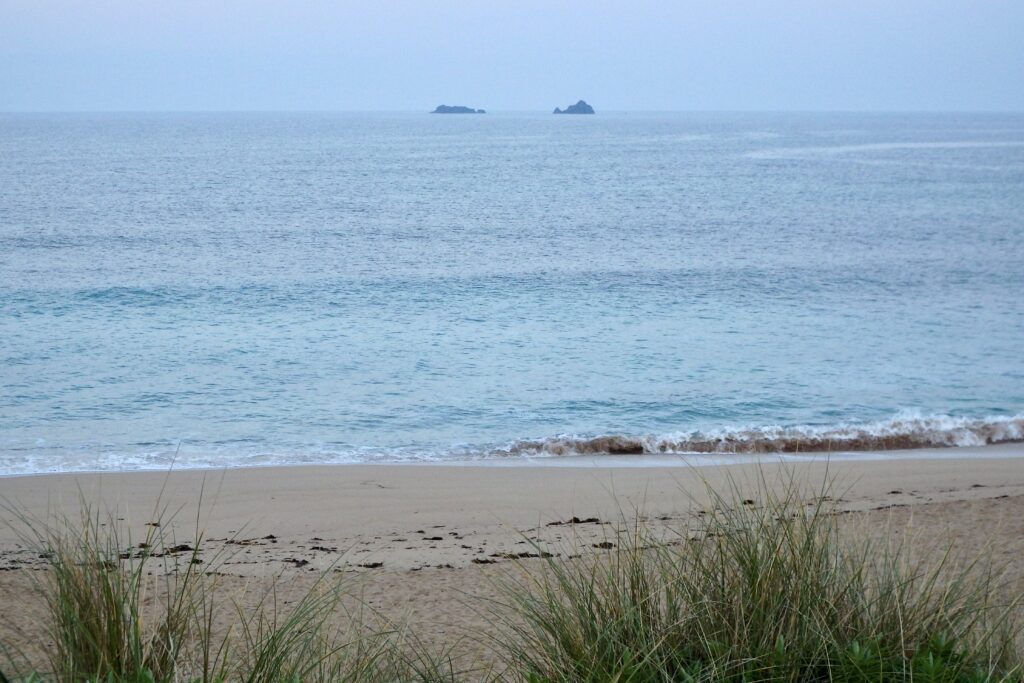 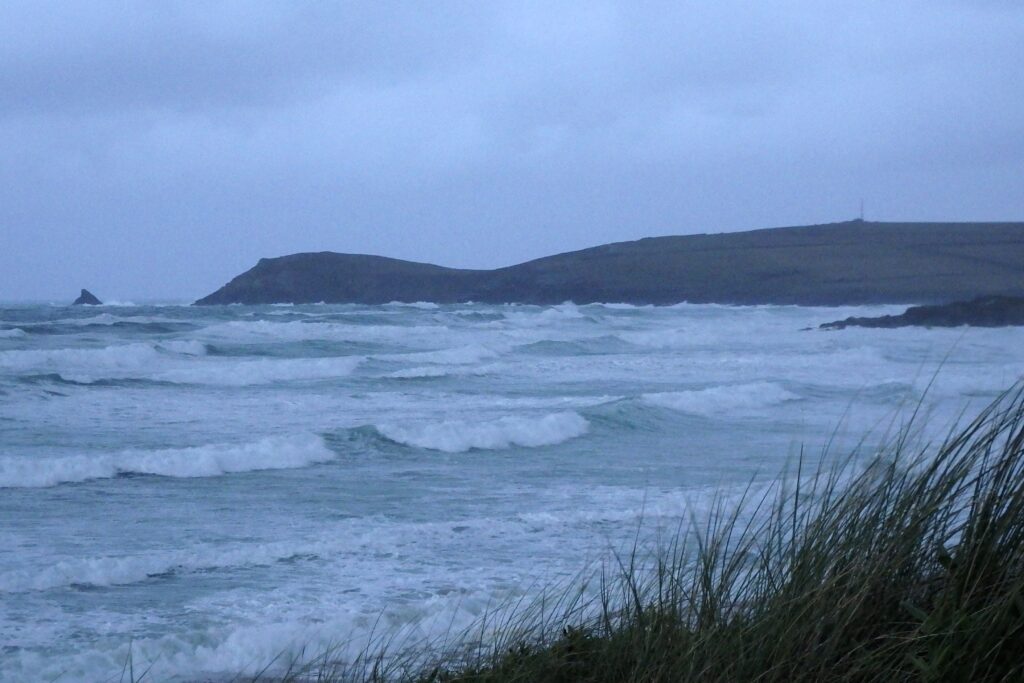 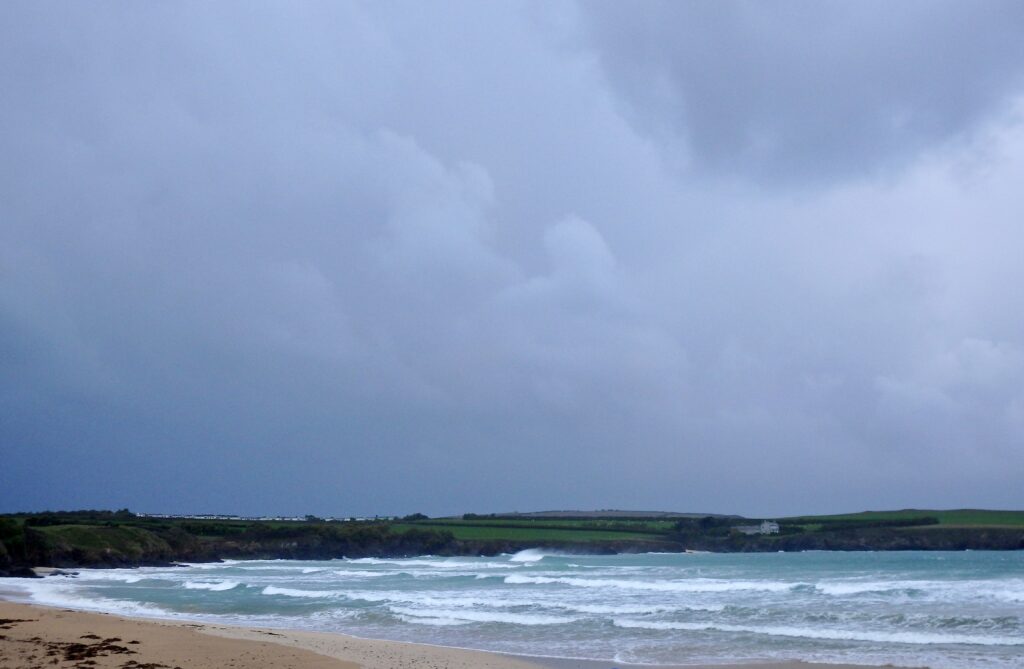 The wind is tearing tops off the waves at Harlyn this morning too with three to four feet and bigger of windswept surf bouncing around in the high tide depths.
Those heavy, heavy rain squalls are smoothing the wave faces as they lash gallons during those windswept downpours.
Conditions should sharpen and get heavier as the tide drops back through the morning, allowing for plenty of sand sucking, heaving barrels as the tide drops and the swell builds!
It could get big, even at Harlyn by this evening! 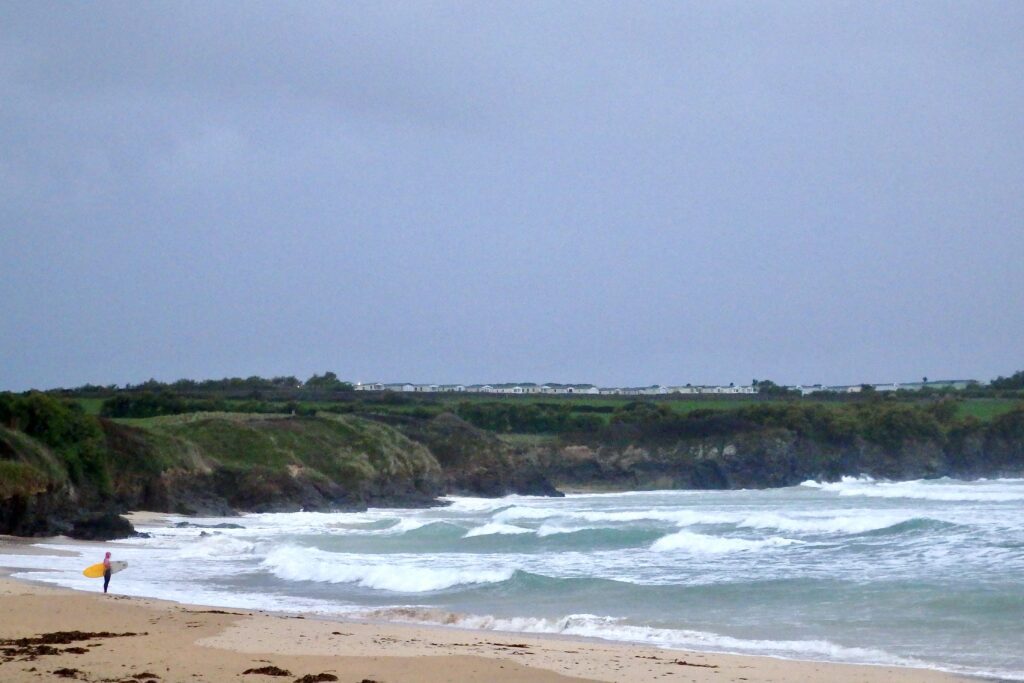 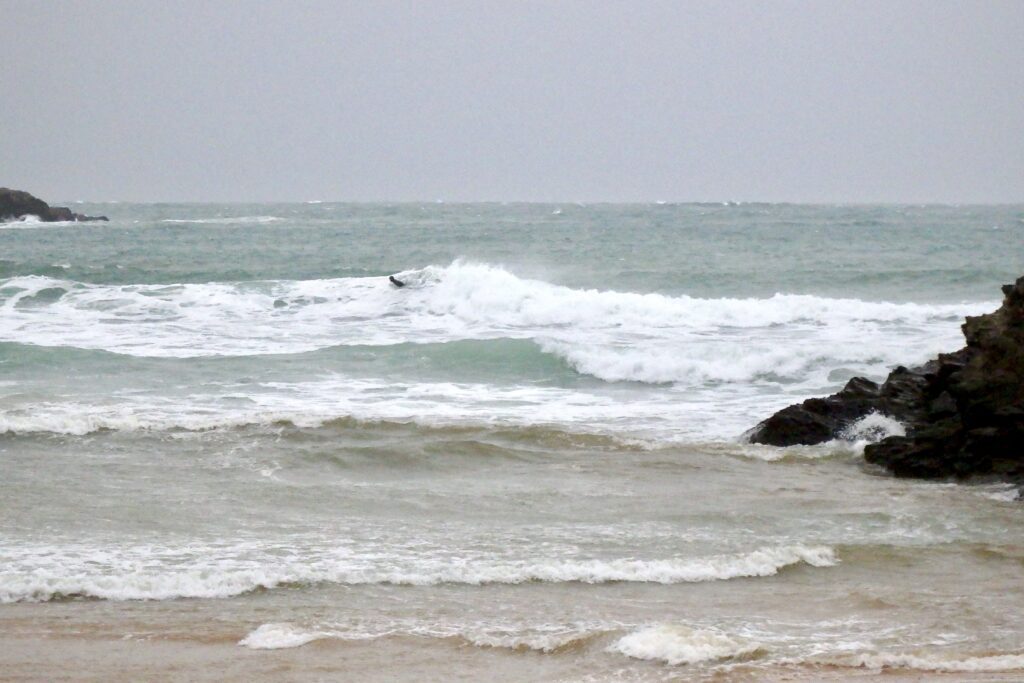 Thankfully the wind should start to ease and calm through this morning, the swell easing back too though.
The annoyance is that the wind is likely to continue to breeze in from the north west all day long and that is onshore at pretty much every beach on this coast.
So we are likely to be facing the choice between lumpy and onshore junked Harlyn probably or that drive to the far coast?
Maybe.

We can expect a breezy start to the Autumn school holidays on Saturday morning but the wind should calm fairly quickly, a brisk and cool north westerly soon settling down to a steadier onshore breeze.
The still quite big surf is likely to continue to be lumpy, bumpy and choppy for most of the day though, the evening maybe offering something a little cleaner and more organised but still mainly onshore and so still all a bit junky.
Sunday is likely to be calmer and brighter with those same light north westerly breezes, gusting a little more through the afternoon, not allowing much more than a fun session or two in the couple of feet or so of sloppy and weakish surf.
The start of next week is promising to be very pleasant with light offshore winds, small but super clean little surf and bright, bright weather.
Have a great weekend, wherever you are and whatever you’re doing!