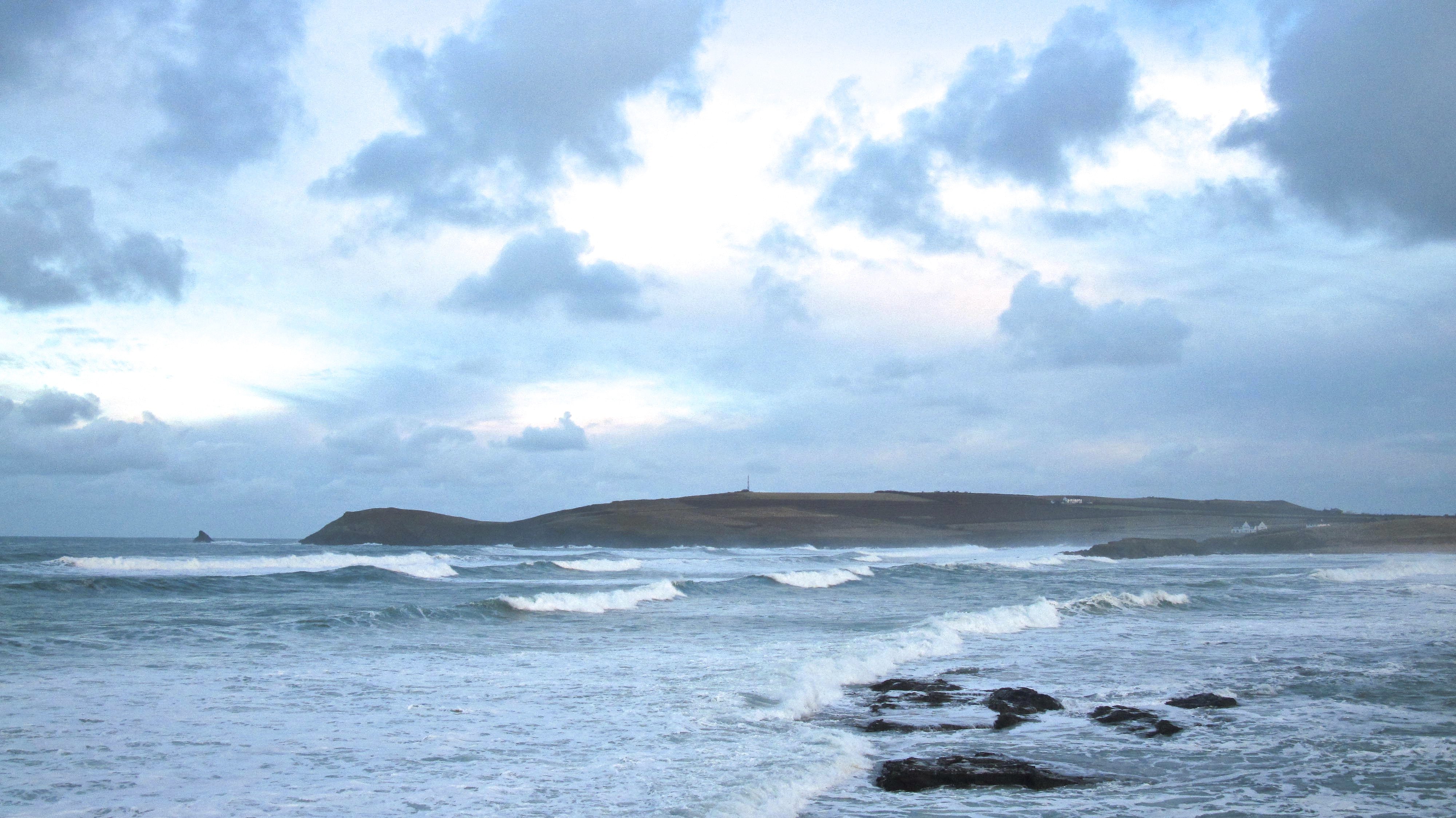 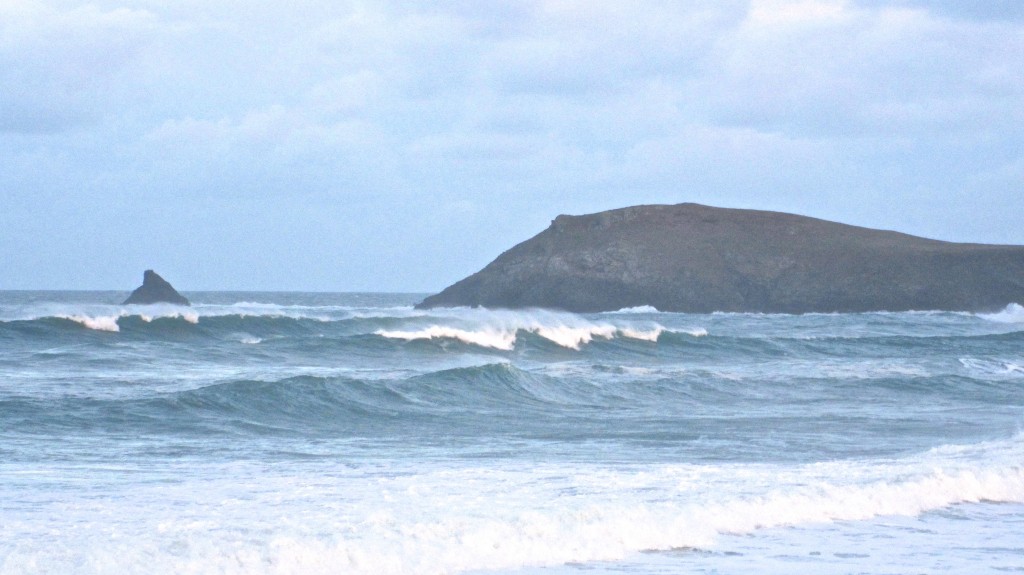 We seem to be enjoying a better morning than was forecast this morning, a light north easterly wind blowing almost offshore, while birdsong compliments the bright although cloud spattered skies.
It feels mild (although that wind does have a bite!) and there’s something maybe just a little Springlike in the air.
The surf is pushing in hard with some big sets, really big sets, powering through from a long way out and it is still bumpy with that wind not being quite right.
But it is also way better than expected.
Size wise, it’s kind of four to six feet but with those eight foot plus sets growling in, standing tall before crushing towards shore.
I think that the south coast probably will be a whole lot better, making that drive well worthwhile! 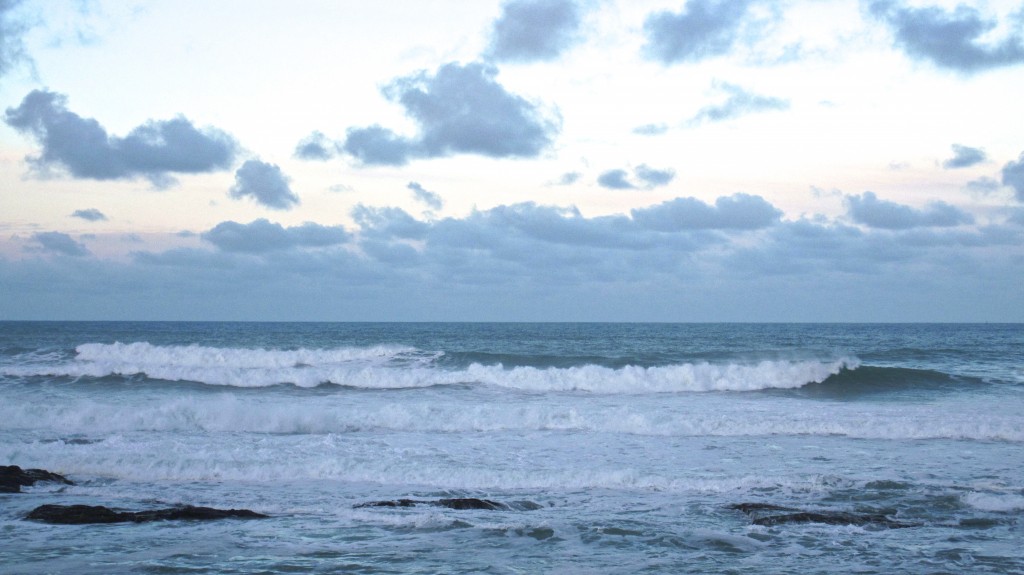 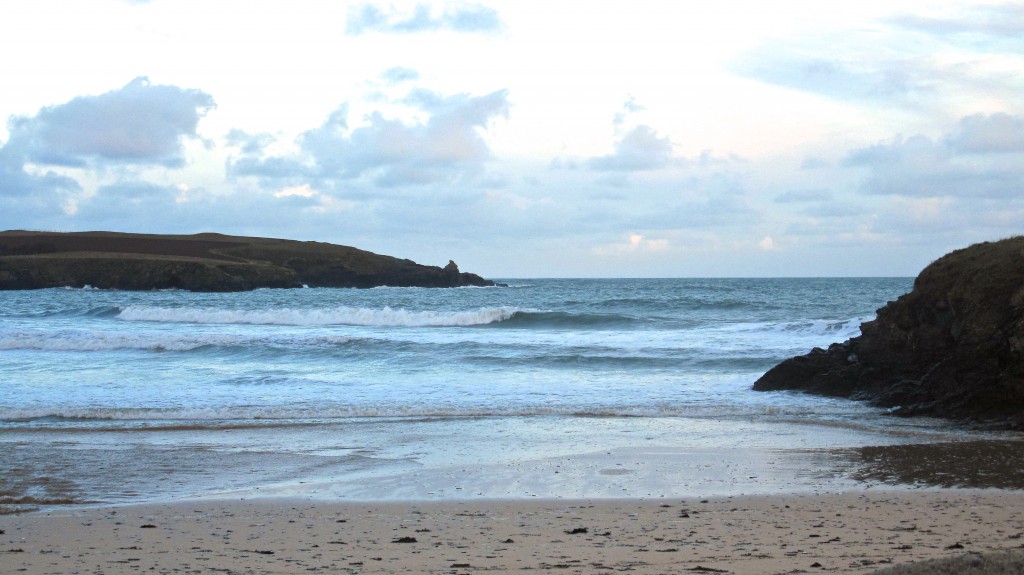 It is way smaller around here than you might expect after seeing the other side this morning, the peak in the middle being a couple to maybe three fete. But wait a few minutes and those big sets come powering through.
The wind is light but steady and from the north east, onshore here. And so it is all a bit lumpy, not quite choppy, the wind isn’t (yet) that strong.
So it is somewhere to consider for a surf, especially when those sets bulldoze in but then the tide is on the drop, the wind is likely to strengthen, if only a little, while that swell strengthens all the time.
The south coast is going to be the better place to surf today I would think but there are waves here and it could be fun.

That big swell is likely to continue to roll ashore all day while that onshore wind continues to frustrate.
Another cold and onshore, north westerly wind is likely to continue to blow strongly all day long.
If you have access to the far coast then that is the place to aim for, otherwise it looks like a bumpy paddle on this coast for those big and lumping, windswept waves.

Big surf and strong, onshore winds are going to blow this school half-term week to an early end.There has been a massive low pressure system moving in to the north west of us, still way out in the north atlantic but spinning bigger and bigger waves our way.Both the wind and the waves are going to roll our way over the next few days and continue through the weekend.And so we should be seeing the surf building and building, getting into the ‘big’ range by Friday, easing to ‘pretty big’ through the weekend and then hitting ‘gigantic’ for the start of next week!Unfortunately for us, those winds are likely to be onshore everywhere locally, making that drive to the far coast our only option if looking for some cleaner surf to enjoy.Sunday should see some cleaner surf at Harlyn but it is still likely to be that windy and wintery kind of stuff.The weather?Pretty yuk for a few days at least.Have a great week, wherever you are and whatever you’re doing!