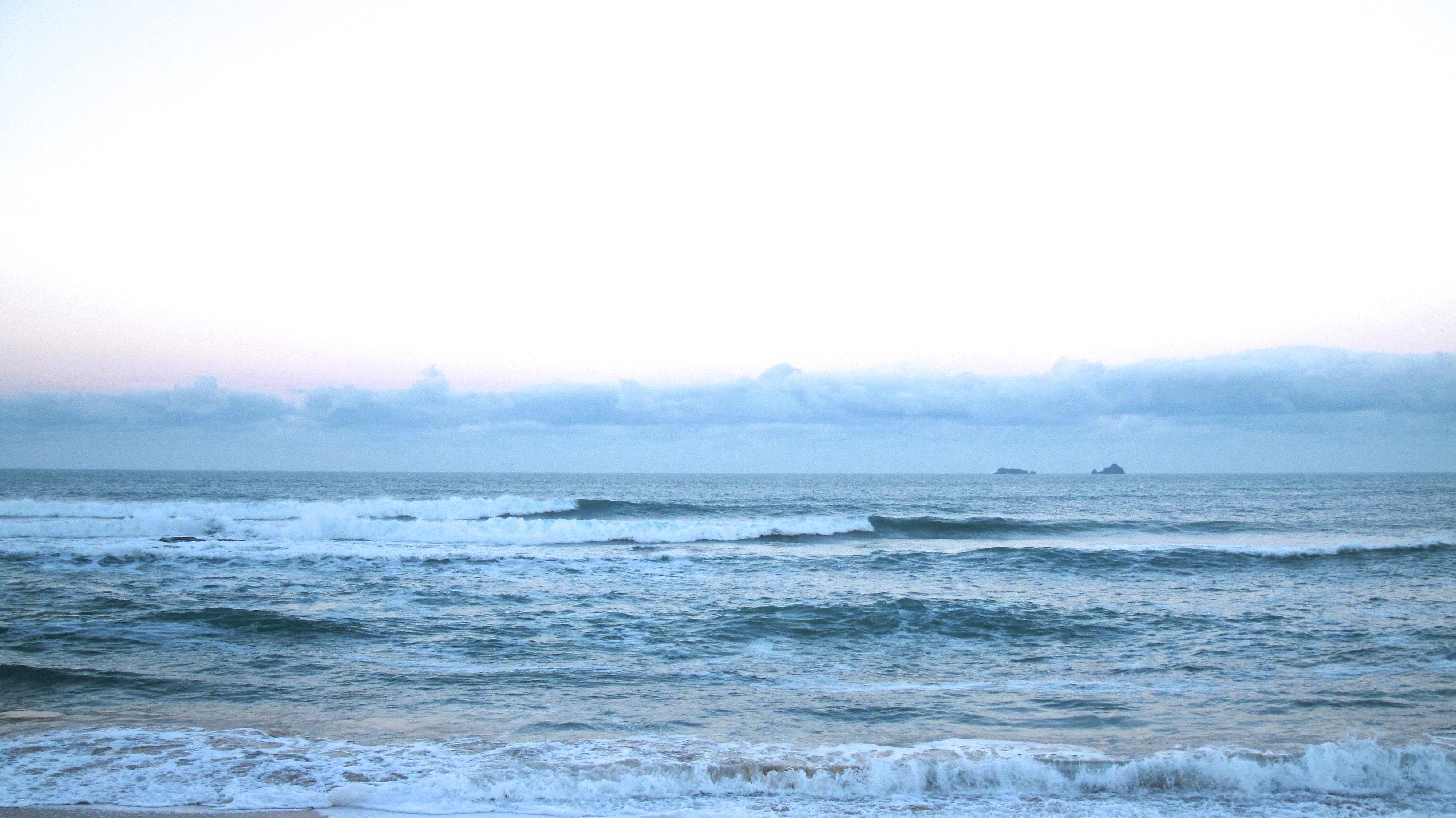 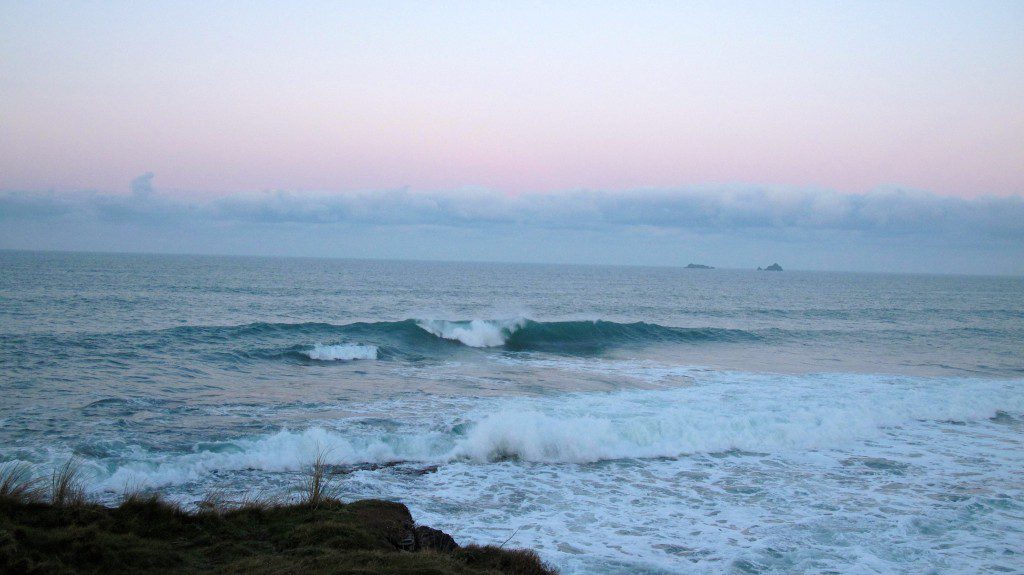 Another fabulous day is brightly unfolding about us this morning although there are some big cloud banks loitering way off over the horizon just to remind us.
The surf is a very pleasant looking three feet with those odd bigger sets peaking further out.
With the tide just on the drop an hour or so after high, there’s a beautiful peak spinning off the back of the Reef and a standalone peak in the middle of the bay. The breeze is superlight and offshore, just starting to take away that early morning bumpiness and probably helping to keep those clouds way out there.
So, a big blue sky is reflecting off that big blue sea with those streaks of brilliant white laced across those breaking waves.
Yep, it is looking good, never mind those ribbons of frost that are lacing the dunes! 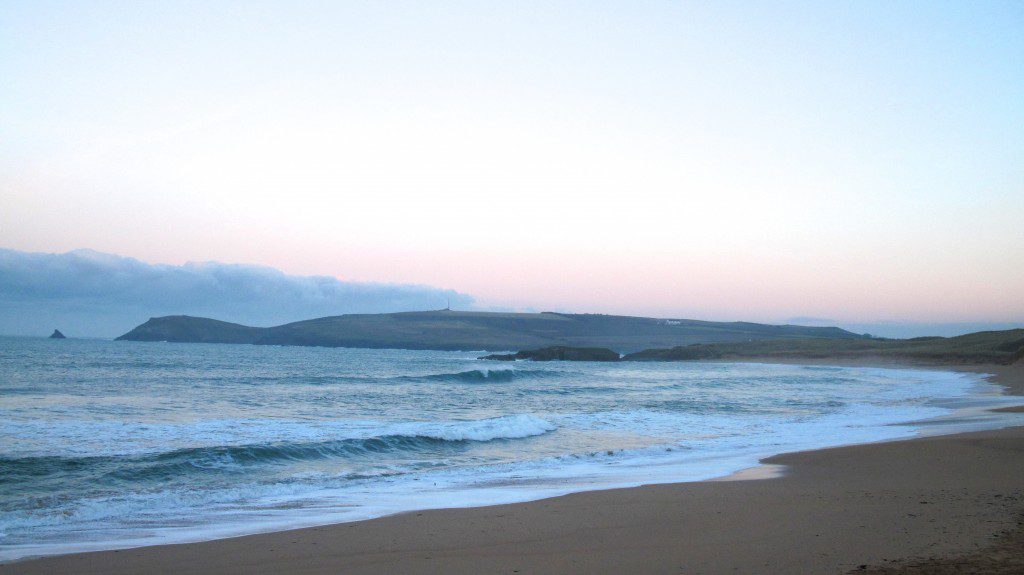 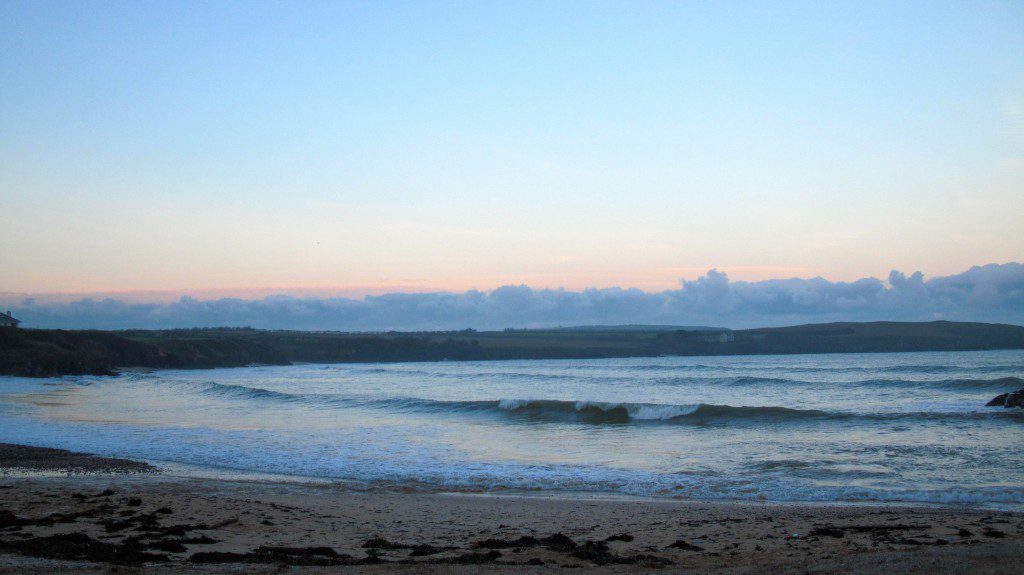 A foot or two of beautiful little waves are shadowing off that high tide bank, finally finding their way ashore to slap the sand in the shorebreak dance.
There’s probably going to be a small but smooth and clean little surf to be had on the dropping tide but with the other side having such great surf conditions, that is probably where you want to head to. Most of the surf breaks on the west facing beaches are clean and organised with a fun three foot swell washing into them.
So, just take your pick and have a great day! 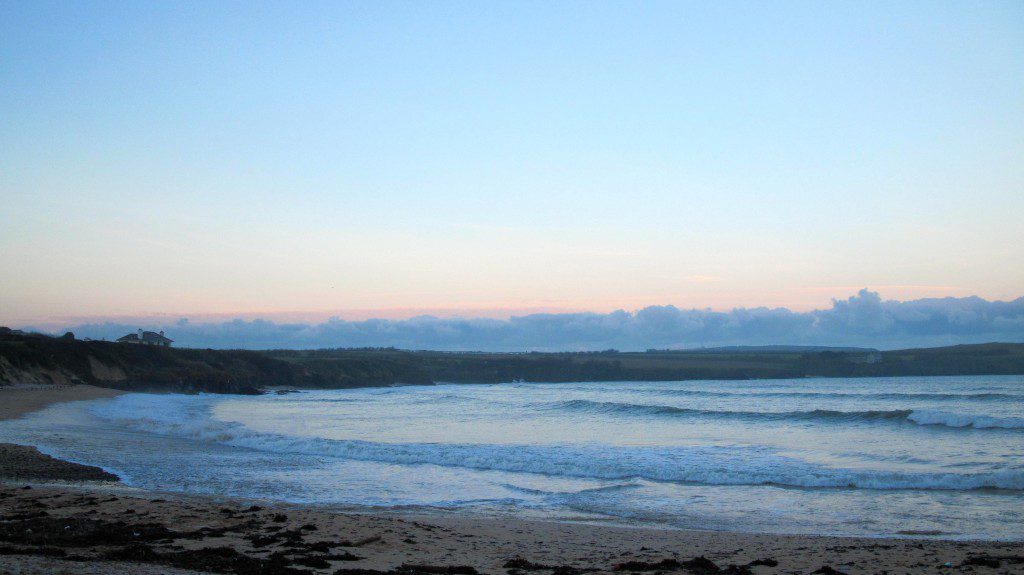 The surf is likely to start off a bit mucky today, the wind being fresh and pushing in from the north west, onshore everywhere around here.
But by lunchtime that wind is likely to have calmed to a breeze, allowing some more shape at the main breaks.
It’s unlikely to be good but it should end up being alright. Well, it’s that or drive to the south coast in the hope of it being big enough!

Those deep, winter lows are continuing to track across the northern atlantic, spiralling to the north above us while spinning loads of swells across the seas.
And so it’s still a case of finding somewhere that will receive those swells while protecting the shapes of those breaking waves.
This week those lows have been much further away tracking way up to the north, at least allowing some calmer conditions locally for moments, finally slipping offshore to end the week, while the swell continues to roll steadily our way.
Make the most of it though, that wind is likely to switch back onshore quickly enough. Although starting out beautifully through Friday morning with light offshores caressing the three foot and bigger surf at all of our main surf breaks, the surf is likely to switch to south westerly by Friday afternoon, Harlyn showing some small but clean surf. But then that wind will slide to the north for Saturday, settling back to south westerly by Sunday.
So the weekend is looking a bit mixed but with plenty of waves.
While Saturday might end up being a bit ‘so, so’ for surf, Sunday is promising to be a bit of a typical winter Sunday at Harlyn Bay, three feet, offshore with a mid-afternoon low tide. There promises to be plenty of sand sucking barrels out there all day long!
Have a great weekend, wherever you are and whatever you’re doing!