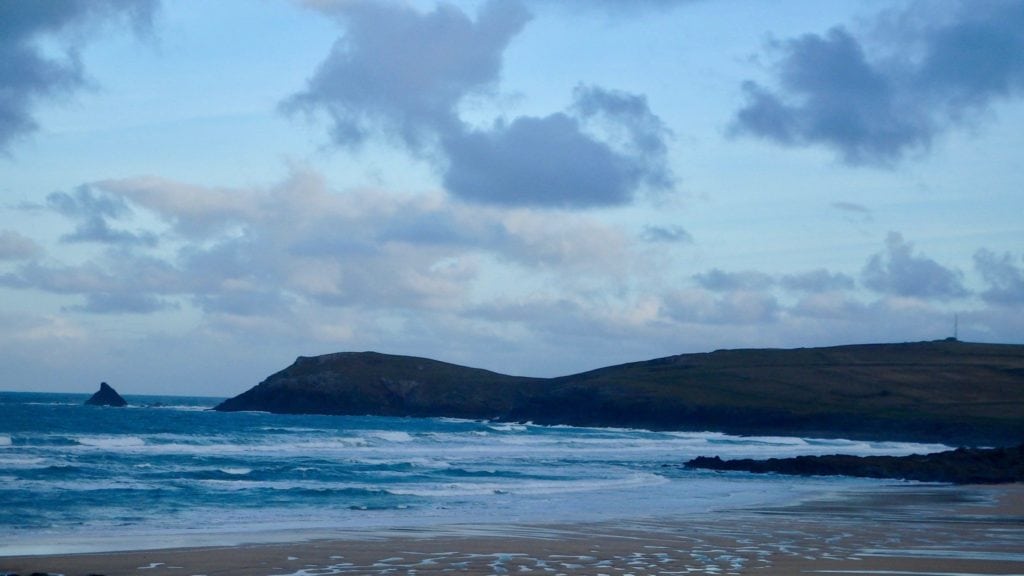 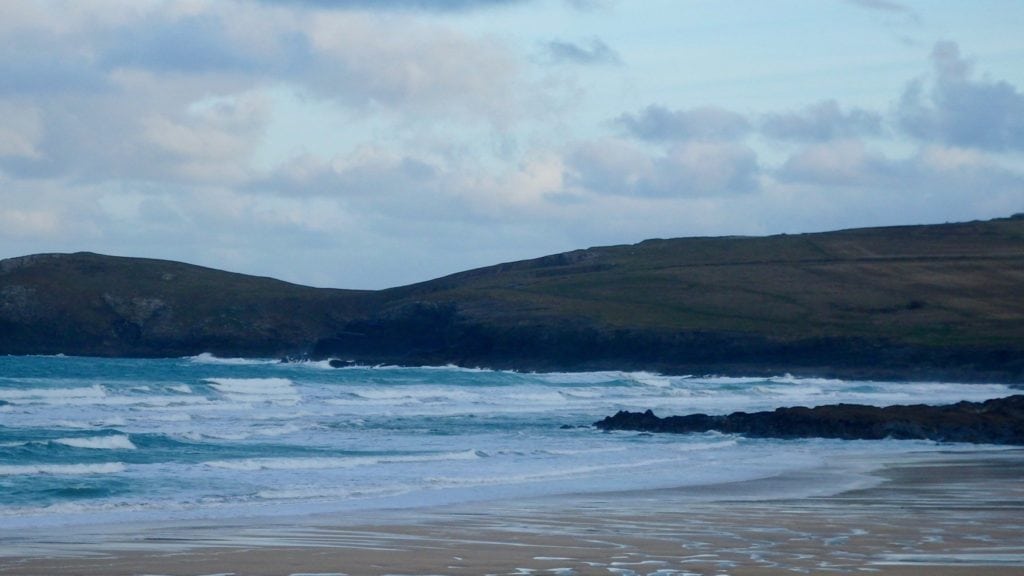 A brighter, cheerier, calmer day is enthusing the coast this morning, the birdsong back and the storm drums gone.
Bundles of slouching clouds are bouncing along those wide patches of brighter sky, cheerily allowing a little sunshine to hint at Spring again. It ain’t bad for February!
Not as bad as the surf anyway!
The wind might be calmer than yesterday’s Doris but it is still fresh and it is still onshore, still from the north and west.
So three to four feet of chopped and slopped, aimless surf is washing into the bay, all a bit distracted and unfocussed, waiting for the breeze to change or the tide or the weather.
But it looks like we’re not going to see much improvement in those just yet! 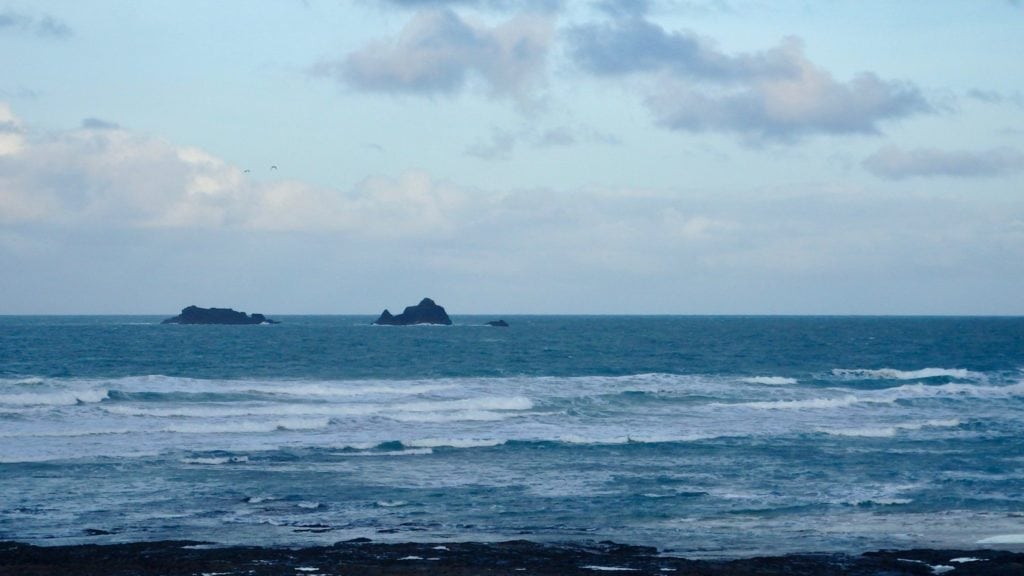 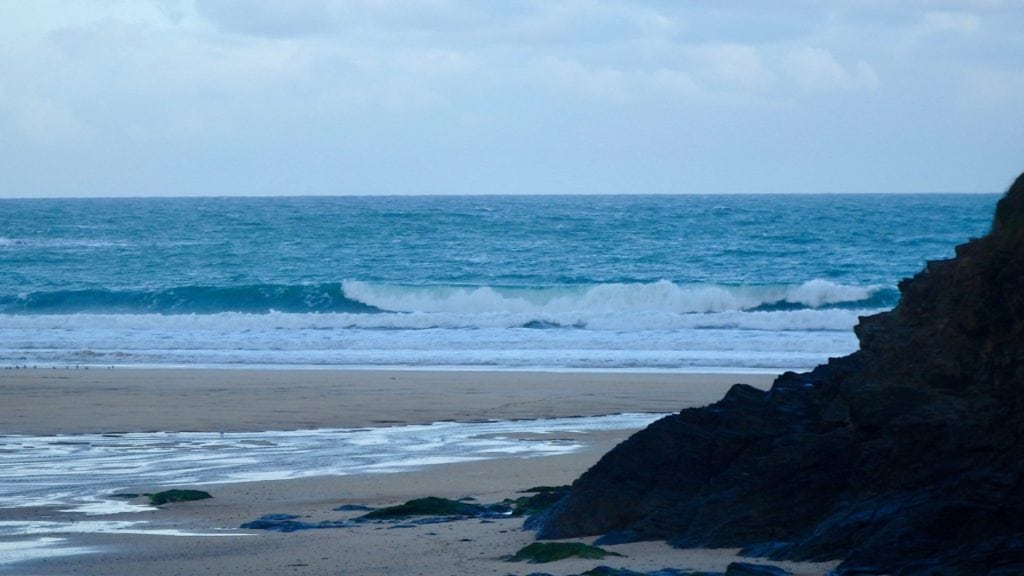 A couple to three feet of uncomfortable looking surf is begrudgingly breaking on the dropping low tide, crumbly and sloppy, the occasional little wall teasing into just another close-out.
It might all improve, if only a little, with the incoming tide but we are still likely to be enjoying three feet or so of junk surf.
Better than nothing though and the brightening weather might just make it feel better than it will be! 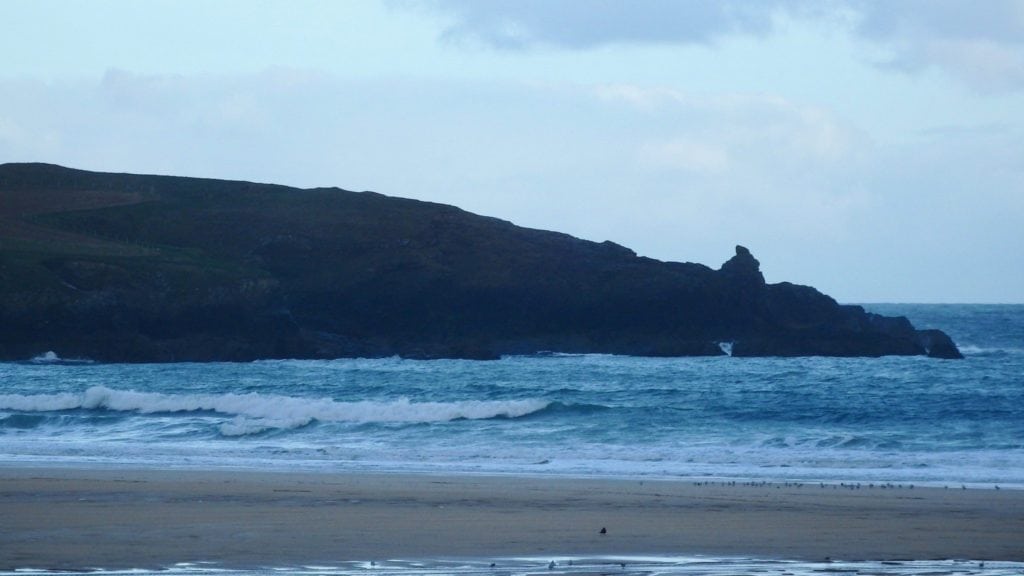 Gusting south westerly winds are going to be supporting a growing swell through the day, making for quite big and choppy conditions at the main surf breaks and pushing enough swell around and into Harlyn to make that worthwhile too.
In fact we should see the surf build throughout the day at Harlyn, starting out as small but prettily shaped and gradually building into something much more solid by the evening high tide.
It should be fun!

A weekend of gusting and sometimes squally south westerly winds will remind us that we are still in February!
And Harlyn loves February.
A weekend of three to six foot, hollow and barrelling Harlyn awaits, starting out at a couple of feet and clean, offshore through Saturday morning and gradually building to four to six feet by Monday.
All the time that sou’ westerly wind will be tugging and pulling at you but also blowing fresh offshore into those cylindrical, grinding Harlyn waves.
Sand dredging, shallow and thick and heavy – it could just be a board-snapping weekend this weekend at Harlyn Bay, well later on anyway!
Have a great weekend wherever you are and whatever you’re doing!