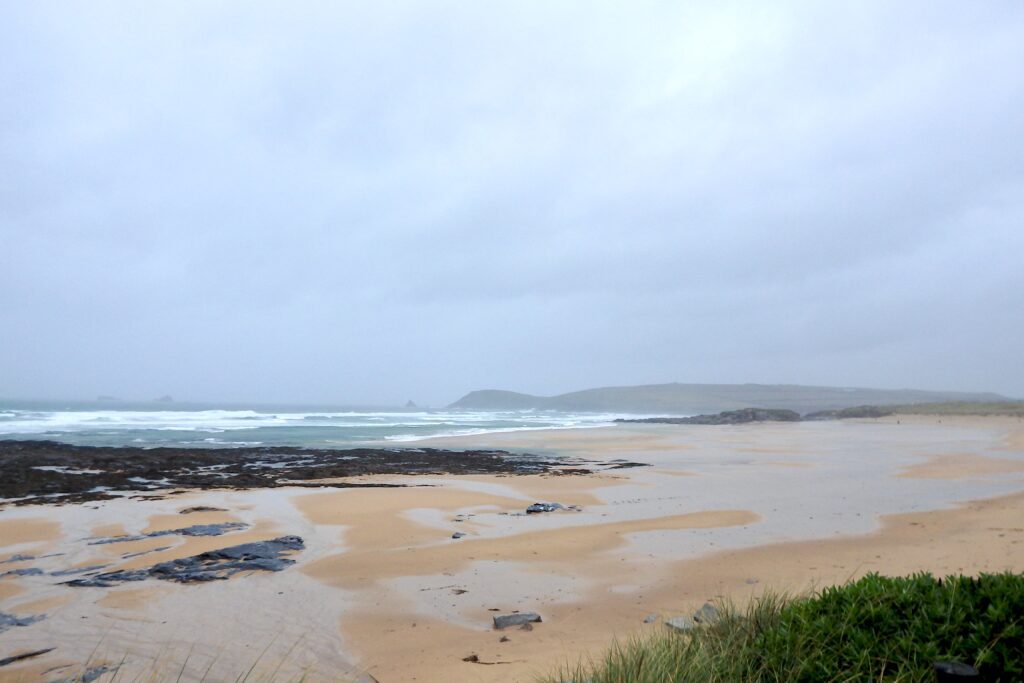 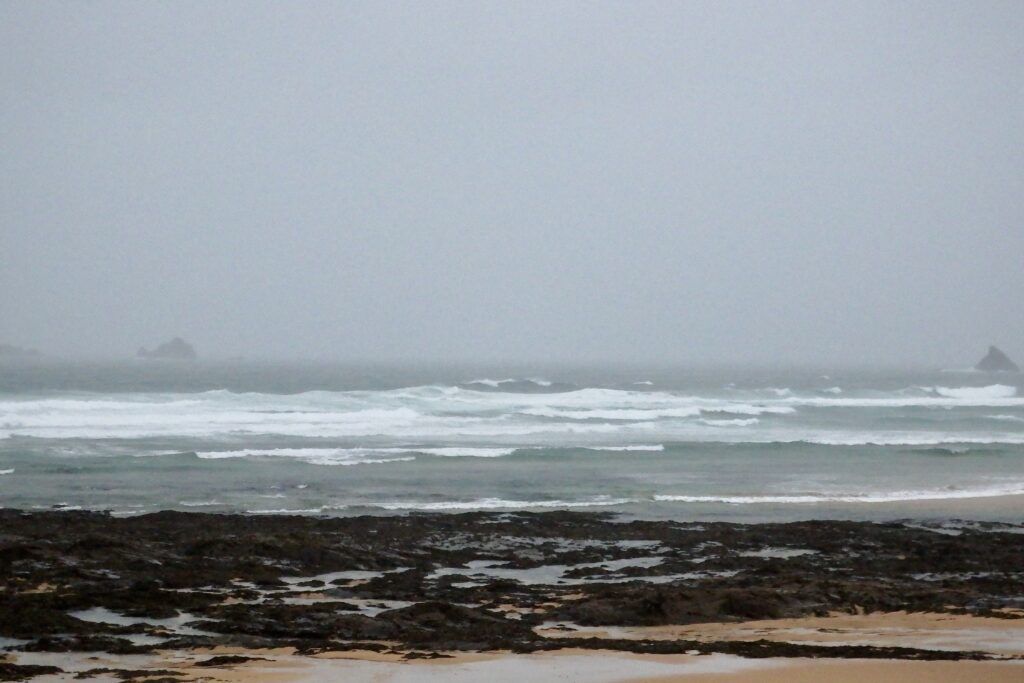 There’s a bit of a blow out there this morning with a chilly nor’ wester blasting down the coast, dropping temperatures as it shakes the hedgerows, bends the trees and destroys the surf.
The sky is bright enough and out of the way of the wind it’s okay but you won’t want to go sunbathing in any of it.
And you won’t want to go surfing either, there’s three feet of madly mixed up junk surf tumbling around the bays but with no shape to any of it.
It is all pretty unrideable.
Sorry about no surf check yesterday, had an early dental visit and then was pestered to pay for parking just to get a snapshot, so flagged it.
But the clocks will be dropping back on Sunday so we can get some earlier daylight. 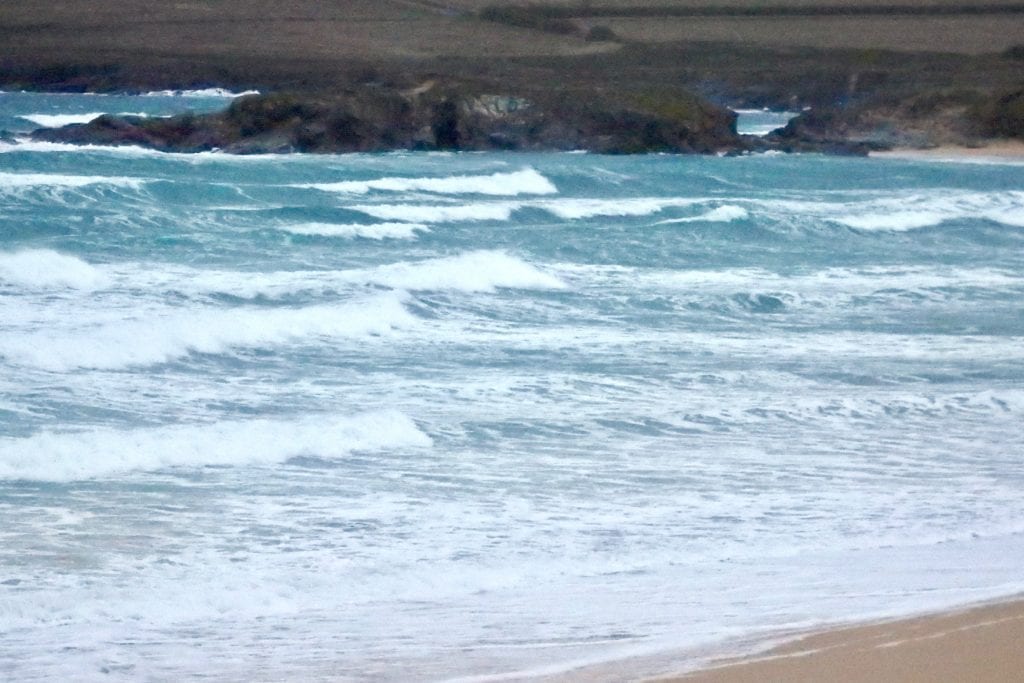 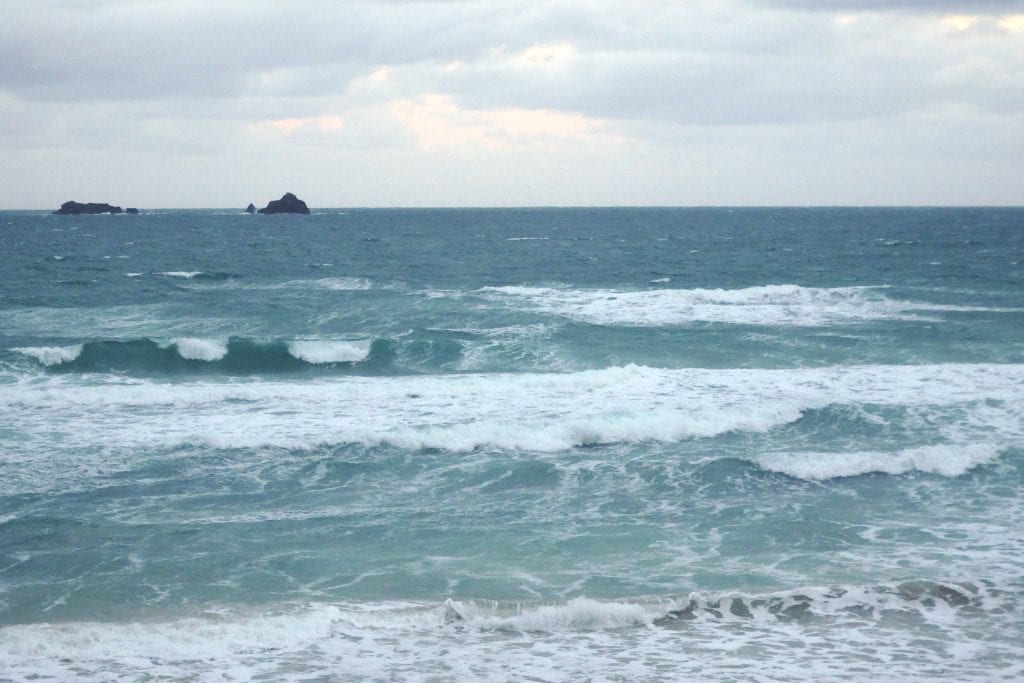 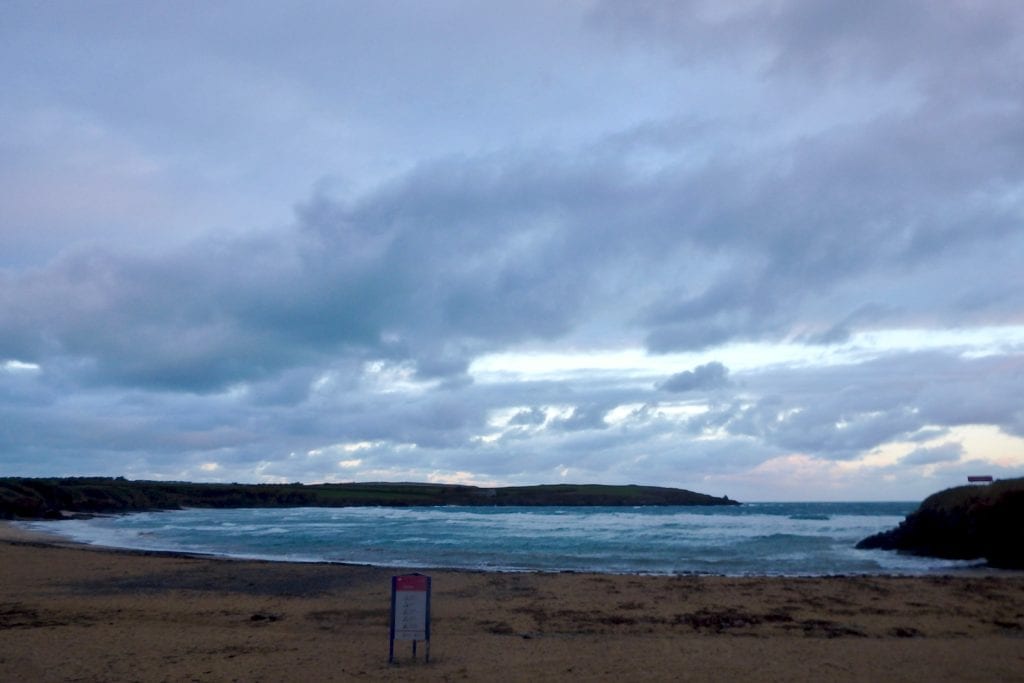 The wind is screaming and howling into the bay at Harlyn this morning, little ahead of schedule but that means it should clear sooner too.
Either way the surf is a junked out mess of trashy windswell, all mished and mashed into an uncontrollable chopped out sea of slop.
There’s nothing worth riding here today! 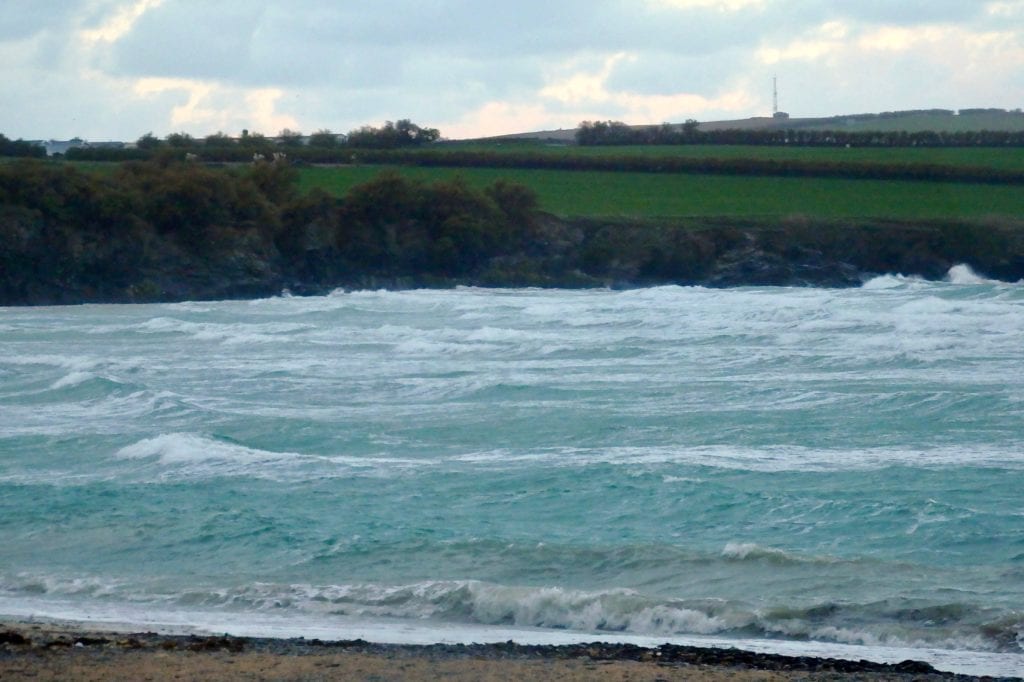 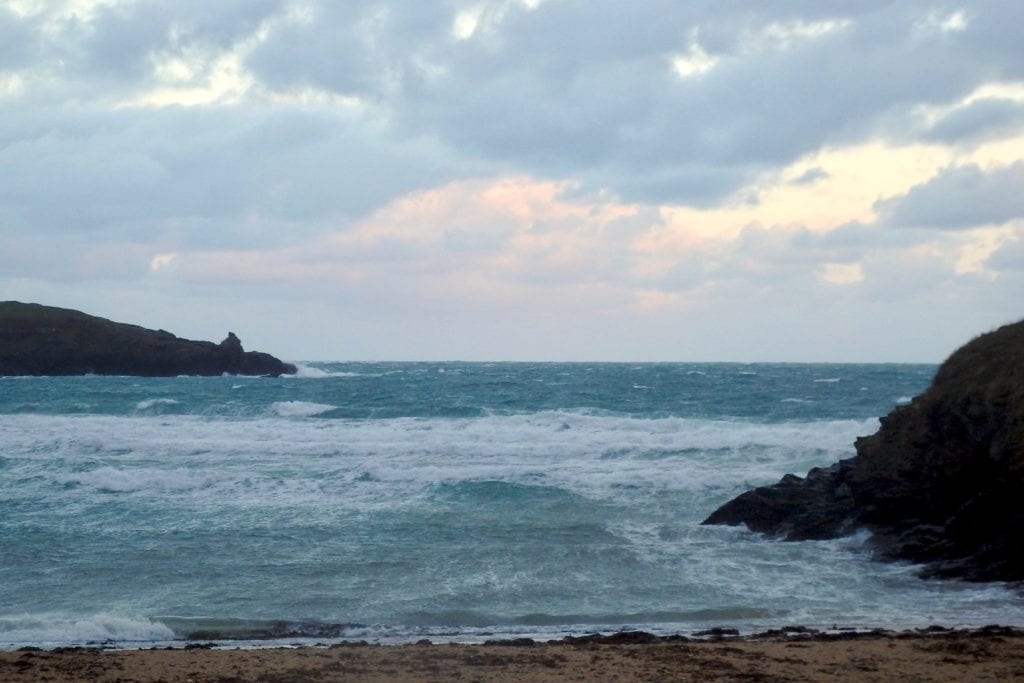 The wind is now being forecast to slip to the north east for today, cold and biting but offshore at some of our main surf breaks.
Put that against a hoped for three to four feet ofd swell and it’s all suddenly looking good!
You might want to reach for a warmer wetsuit but the water is warm enough, it’s just the wind that’s going to make it feel sub-arctic!

Surf Conditions for the weekend

So it looks like the weather for this weekend is going to blow through earlier than was forecast with the main blow now coming through on Friday.
Saturday should see a still strong but not too wild north easterly blowing down the coast. That will make for really cold air temperatures, offering a first taste of Winter to come. But the water temperature is still comfortably mid-teens celsius.
Today’s surf could just be three to four feet, hollow and peeling, especially those left-handers, leaving the goofy footers frothing!
And you might just want to be slipping into your winter wetsuits this weekend but more because of that wind than the water temperature.
The wind is likely to continue to blow north easterly, offshore all the way through Sunday too, eventually blowing that prettily shaped surf almost flat.
There should be some small and peeling little peaks at those usual stages of the tide and at those usual swell focussing spots. But it’s likely to be more of a longboard gliding session than high performance stuff, that’s for sure. And it might just a little chilly for that in that hard blowing, cold wind.
And then the wind should calm for the start of next week with light offshores and some more pleasant sunshine expected!
Have a great weekend, wherever you are and whatever you’re doing!