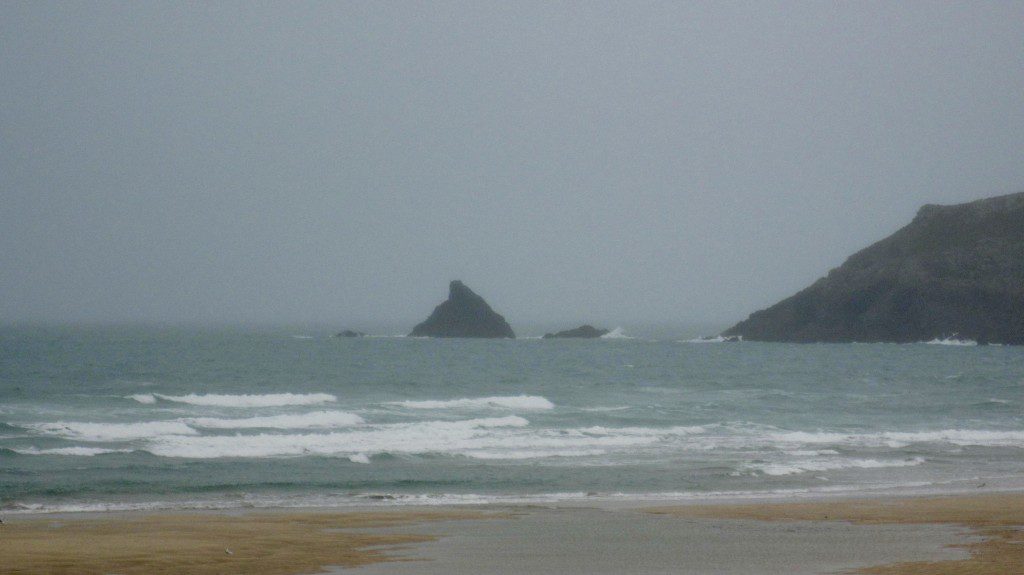 Bright slices of glistening blue are slashing the otherwise grey and drab, dreary skyline this morning as the surf weakly washes along the shoreline.
There’s a couple to maybe three feet of lacklustre and washed out, sloppy surf wallowing in the bay right now, the tide halfway out to a 0.8 low, the wind lighter than it has been but still fresh and suddenly from the south west, for a moment.
This could all improve massively as the afternoon tide pushes a new swell our way, the size increasing to three or four times that of this morning! But of course that wind will probably change too with more north westerlies expected by this evening, getting back to storm force in strength soon enough!
So, it’s going to be big and blown to pieces by tonight! 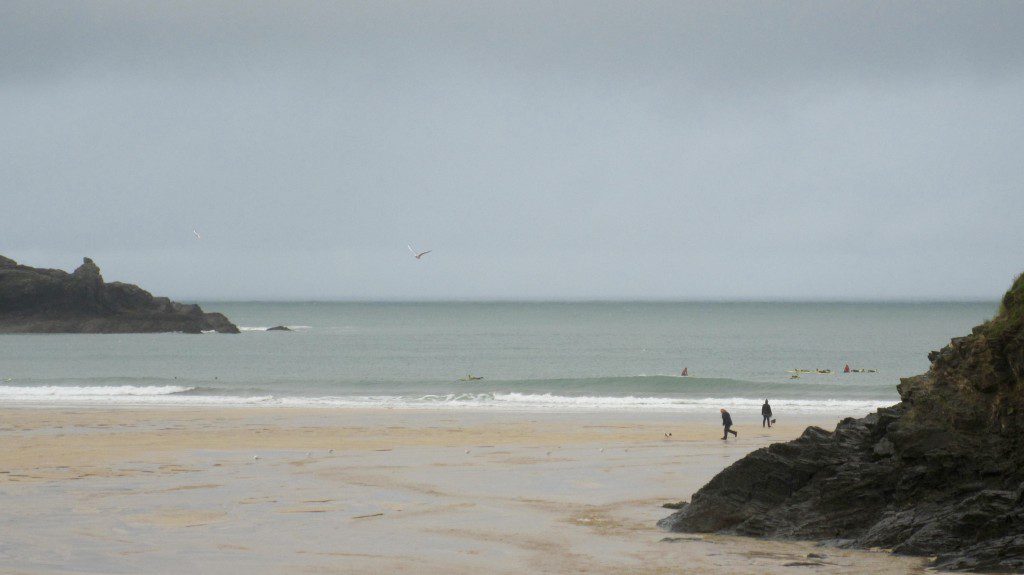 Right now there are a couple of feet or so of prim and proper little waves snapping ashore, the set, two foot waves teasing you into thinking that they might be bigger in a minute.
And they will be but we can only hope that the wind stays south westerly (offshore here) for longer than the forecast few hours allowing that growing surf to shine if only for those few hours through midday.
It could just get very good, if only briefly!
And then that wind is likely to storm in onshore by this evening. 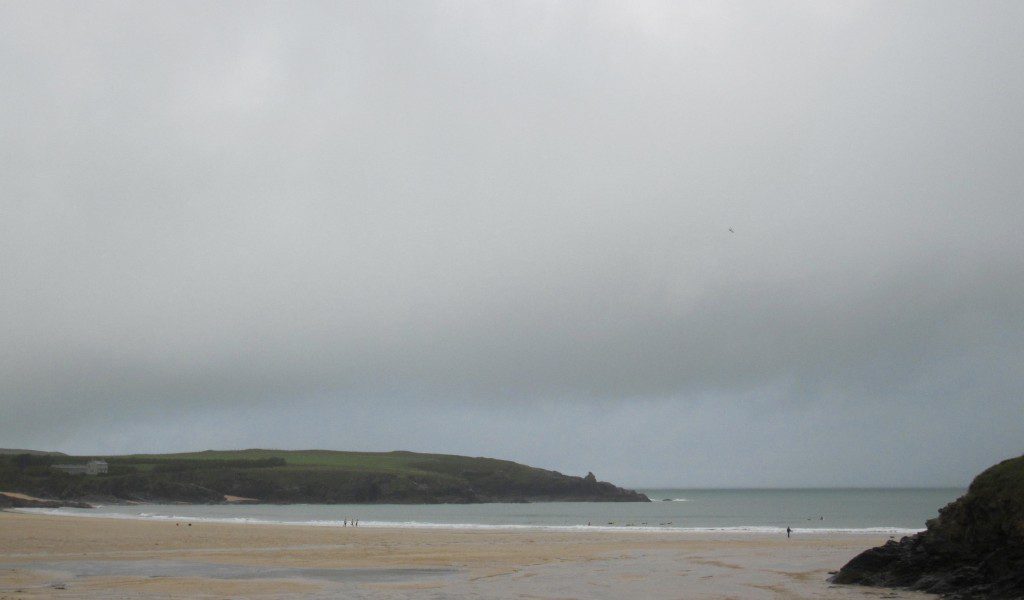 We should be seeing some rocking’ and rolling surf today with some big, big waves tumbling around in some strong winds by the afternoon.
The wind is forecast to be mainly westerly but might (might!) just slip further west sou’ west as we go through midday. And that will allow Harlyn to show itself off with some big and thick, shallow breaking waves turning themselves inside out as they hit the beach.
It could be very good, if only for a short while.
You are going to have to keep your eyes on it to get the best out of it all today!

These onshore winds are going to continue to blow all the way through the weekend, the swell building and the temperatures dropping!
Yes, more storms are headed our way with westerly winds blowing and blasting their way through as the weekend wobbles on.
Only the most sheltered spots are going to have anything like rideable surf this weekend with swell sizes getting into the eight to ten feet range and bigger while the wind notches up to 40 to 50 mph., onshore.
Saturday might just have a few hours when the wind eases a notch or two more to the south which would enable Harlyn to strut its angry stuff! But it will still be big and unpredictable!
Sunday is likely to be hard work all day long!
After saying that, big and ferocious Harlyn can be fun and even as the water temperature is noticeably dropping away, it is still (relatively) mild out there. So, if you fancy some cold water drubbings and a few salt water enemas then Harlyn could be just for you!
Have a great weekend, wherever you are and whatever you’re doing!