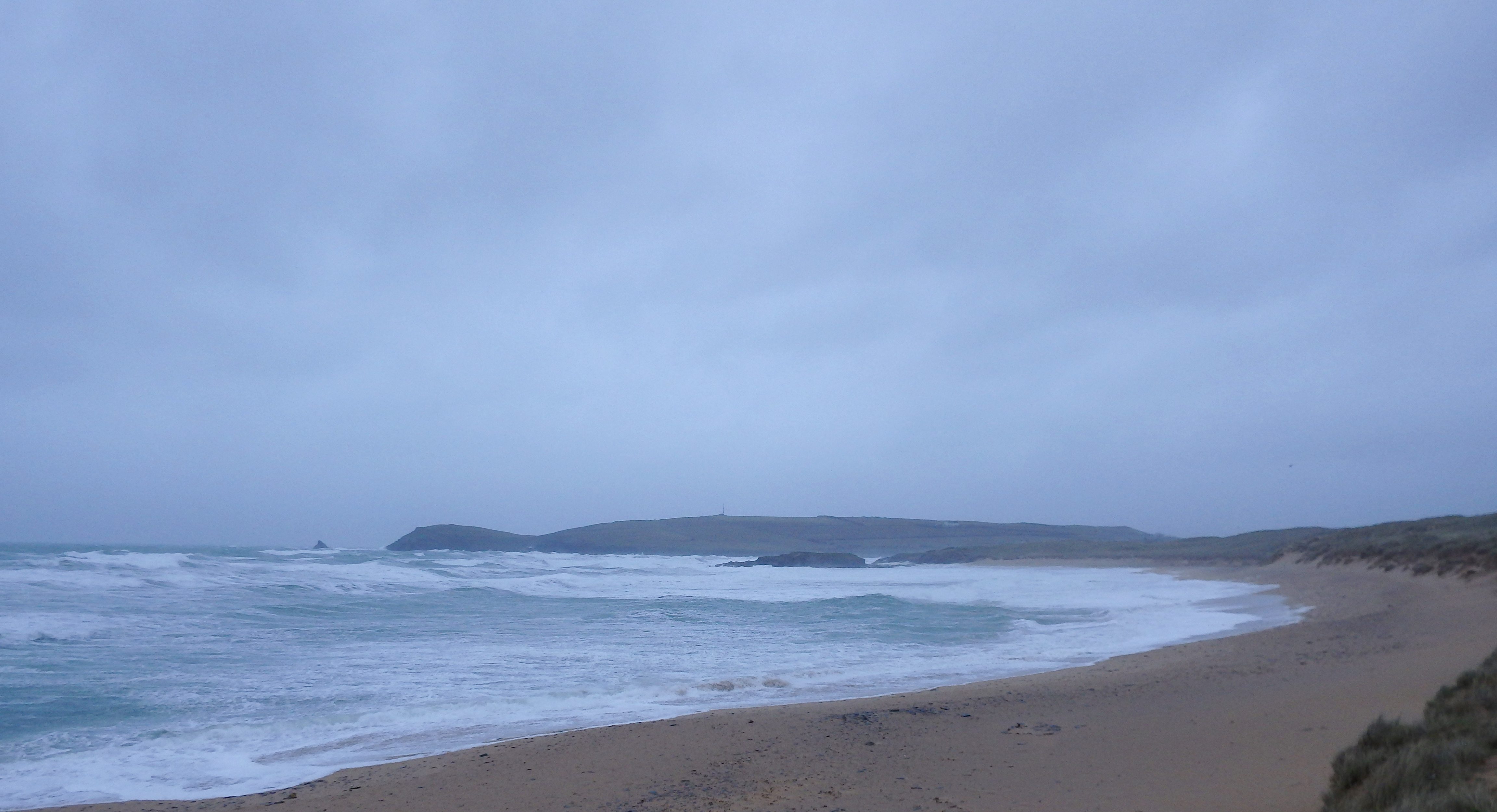 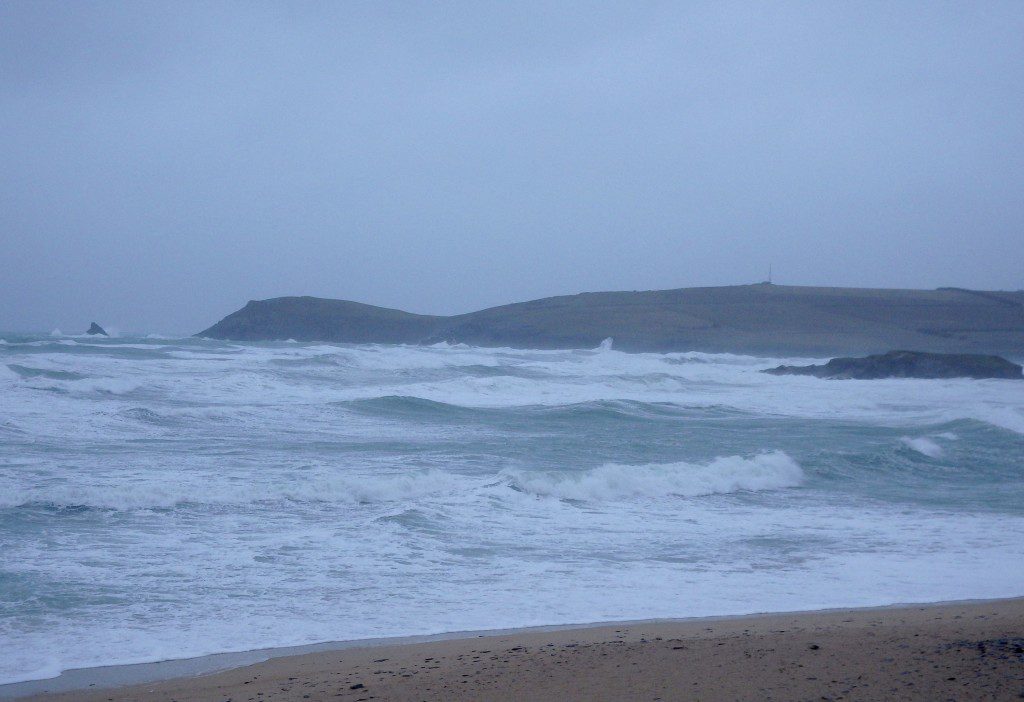 That was hardly worth dragging my sorry bones out of the sick bed for but at least it’s wild and alive out there this morning.
Yes, more wild winds are pushing thick and heavy swells into the bay, the grey sea churning with froth.
There’s nothing here to surf, again but there’s lots to look at!

We are having another POP UP SALE this weekend!!
So if you are around this weekend it could well be worth poking your head in to say hello! With all PATAGONIA wetsuits at up to HALF-PRICE (including those Yulex suits!) and XCEL & O’NEILL suits all up to HALF-PRICE, as well massive discounts on VISSLA suits too, this could just be the perfect time to update your old winterwear!
And don’t forget we still have some Merrick and …Lost Surfboards at up to £100 OFF!! There’s loads of others tuff to clear too!!
So why not drop in for a new ride this weekend! 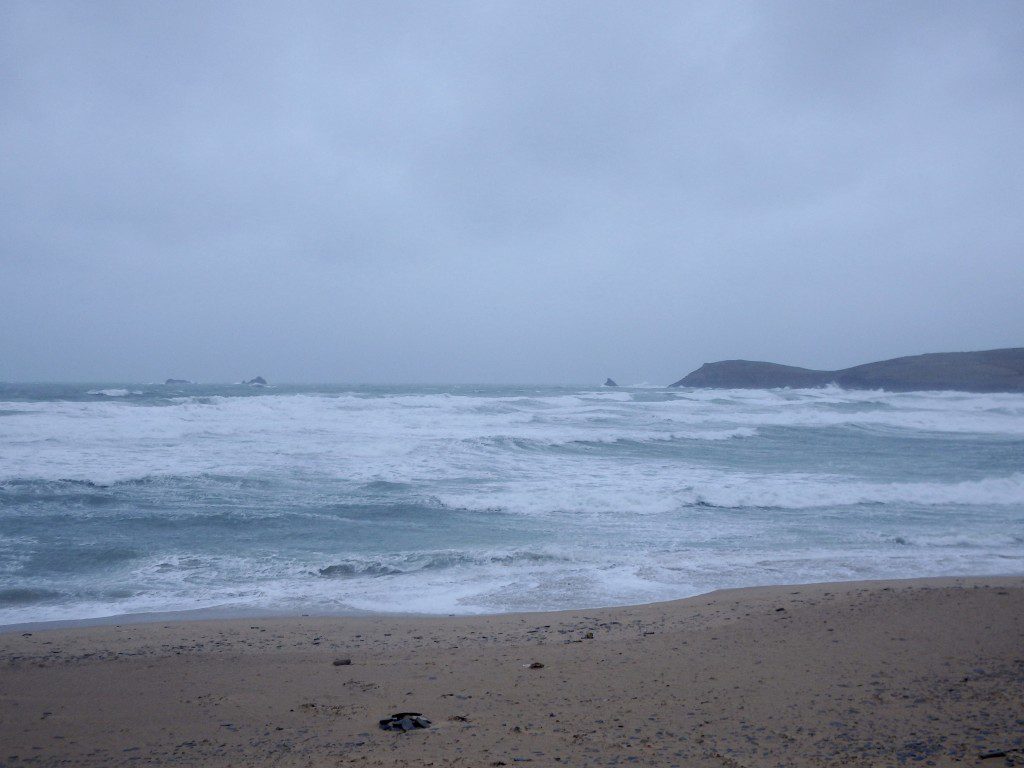 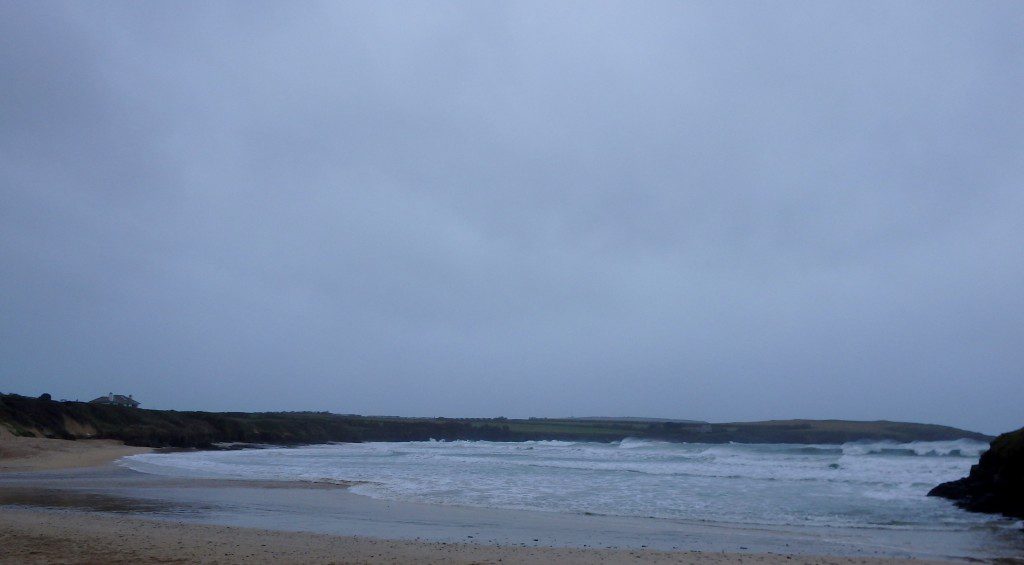 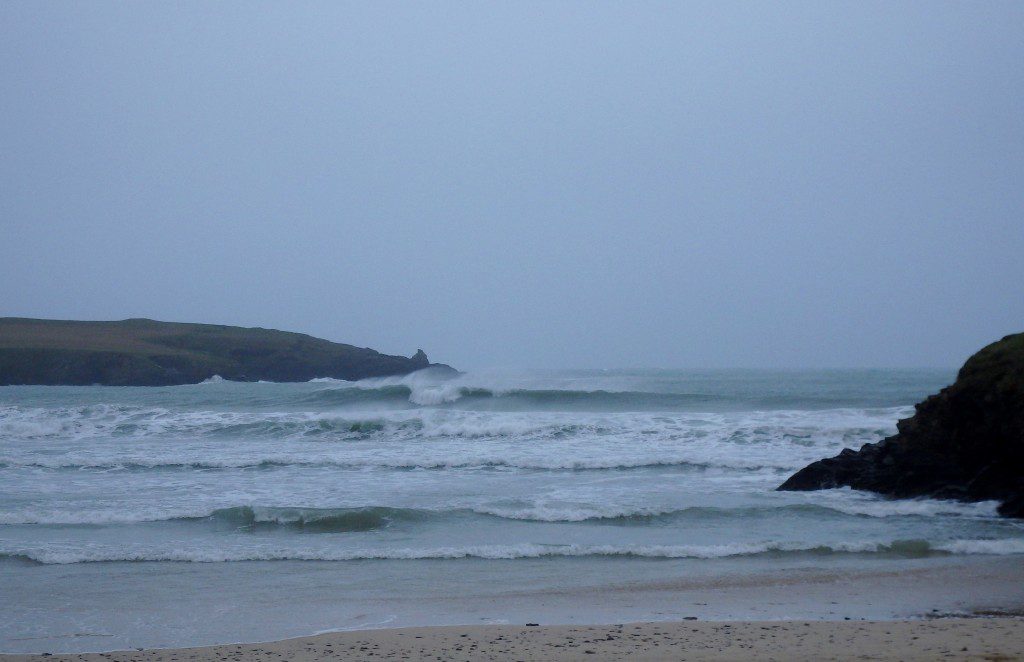 The wind is blasting offshore here this morning again, putting a firm obstacle in the face of those four feet plus waves.
The set waves are being held tall for way too long before crashing beachwards, lumpy and bumpy and torn as they tunnel into themselves. It’s big and stormy and heavy looking but should be fun as the tide drops out, if you fancy a few beachwhompers that is! 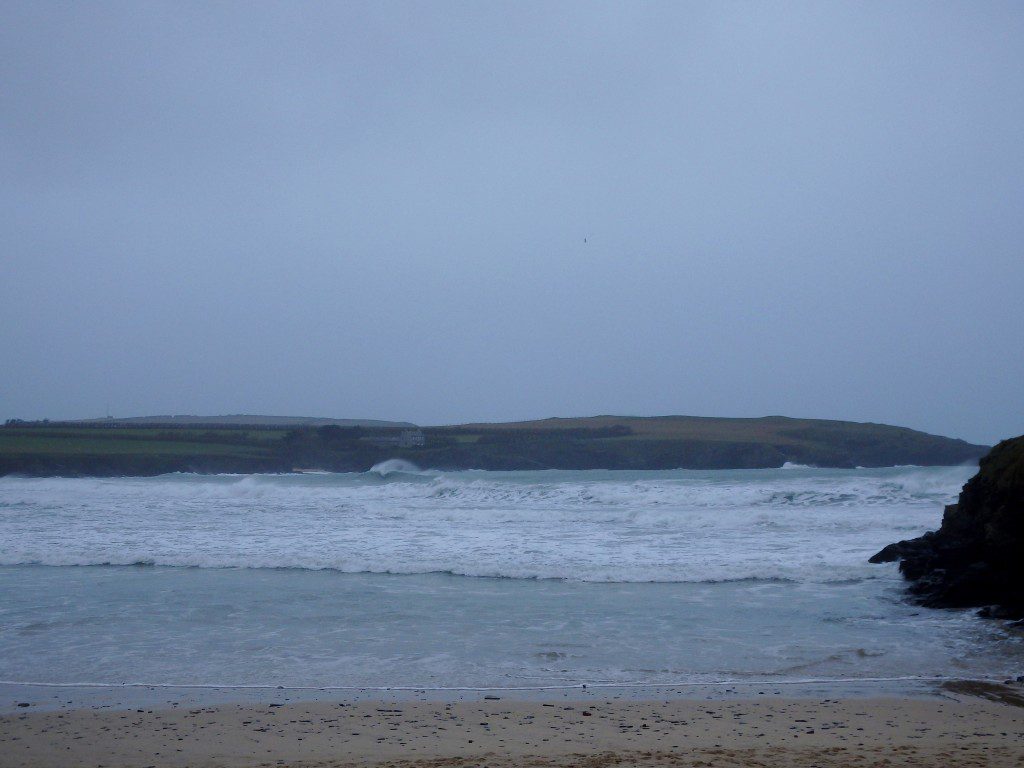 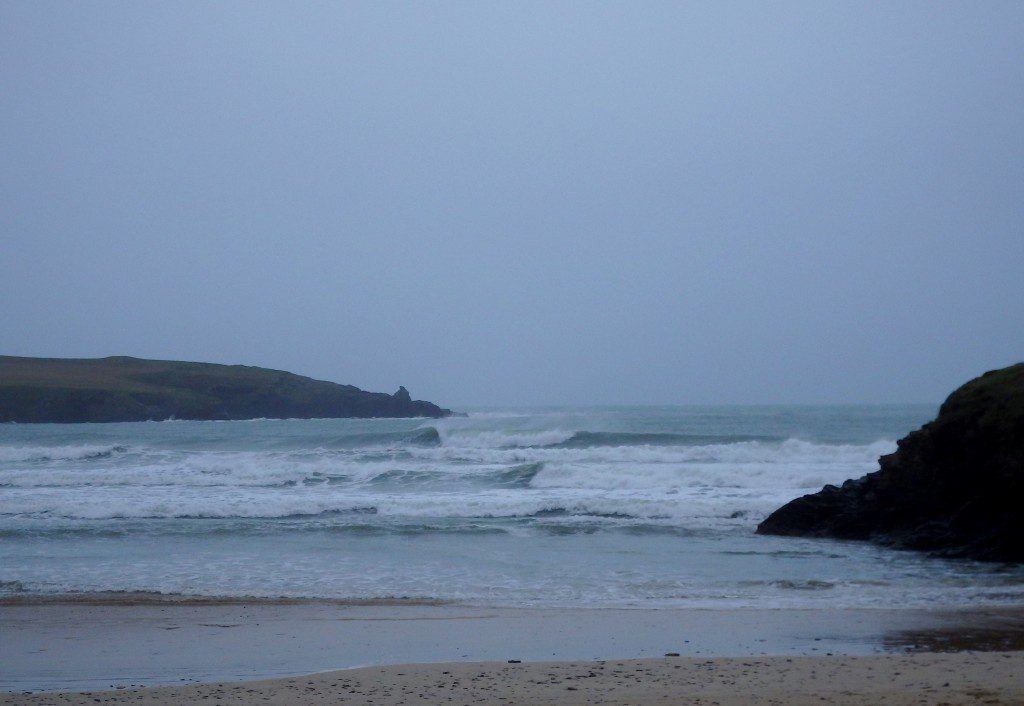 It looks as though the wind is shifting to the west and then north west through this morning, leaving onshore conditions at all of our local breaks.
We might get away with some bumpy and lumpy, big and dirty old Harlyn through the morning but even that doesn’t look too promising!

Another turbulent weekend approaches as this week’s culprit, Storm Gertrude swirls those winds and unlooses more rain.
Gale to storm force onshore, westerly winds are set to blow for the whole weekend, making the mountainous seas wild and out of control for most of the time.
We might just see some more rideable Harlyn early on Sunday but not then until later on Monday.
It might be worth just checking those super sheltered spots if you have the time and inclination, there are one or two rarely surfed little coves that should have some wave action this weekend if tide and time and wind and swell conspire!
Have a great weekend, wherever you are and whatever you’re doing!