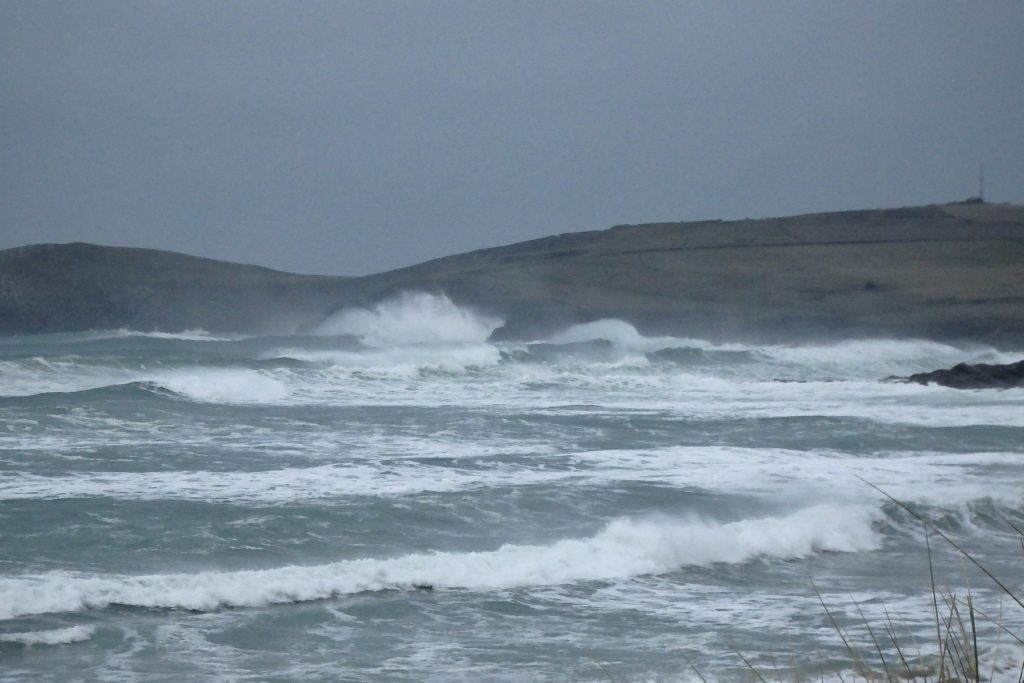 There’s a bit of a special lightshow going on as the sun clambers over that far horizon this morning, a golden glow radiating the beach under a pinky orange back sky.
A steady sou’ wester is breezing onshore, pushing and shoving a couple to three feet of tumbling surf as the tide strolls towards a lazy high.
It’s a pretty place to be this morning but there’s not much happening with the surf. 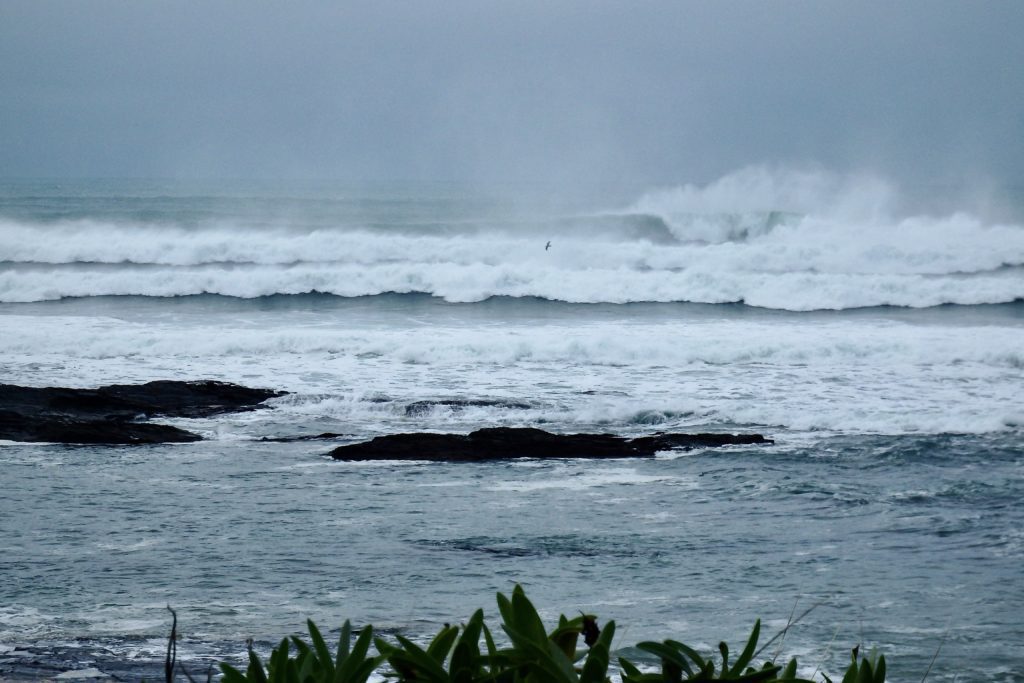 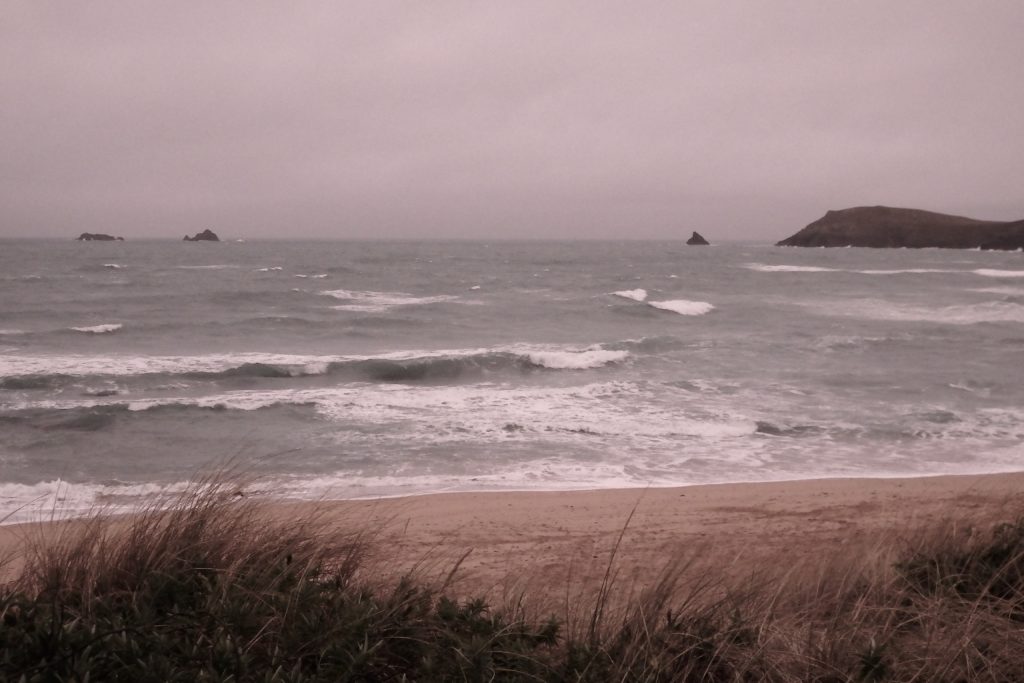 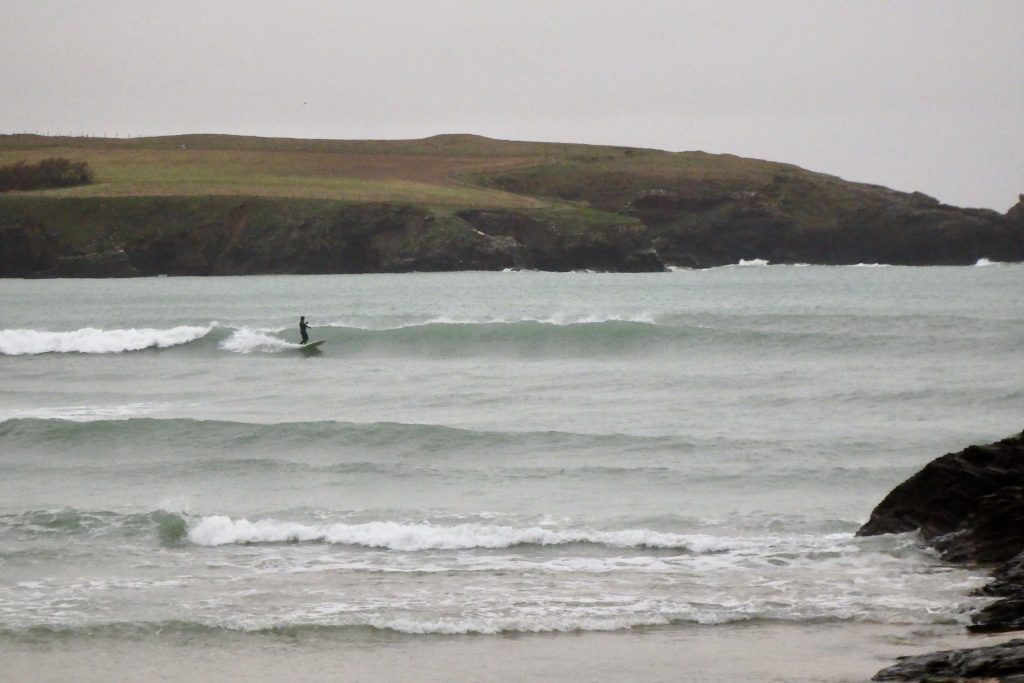 The south westerly breeze is blowing steadily straight offshore as the tide slowly aims towards high at Harlyn this morning.
The surf is pretty small, a foot or two at best but it is nicely shaped and so inviting. There’s one out on a longboard looking like he’s having plenty of early morning fun.
The breeze is set to stay the same while the swell should build through the day, this evening’s tide maybe showing some more oomph just before dark. 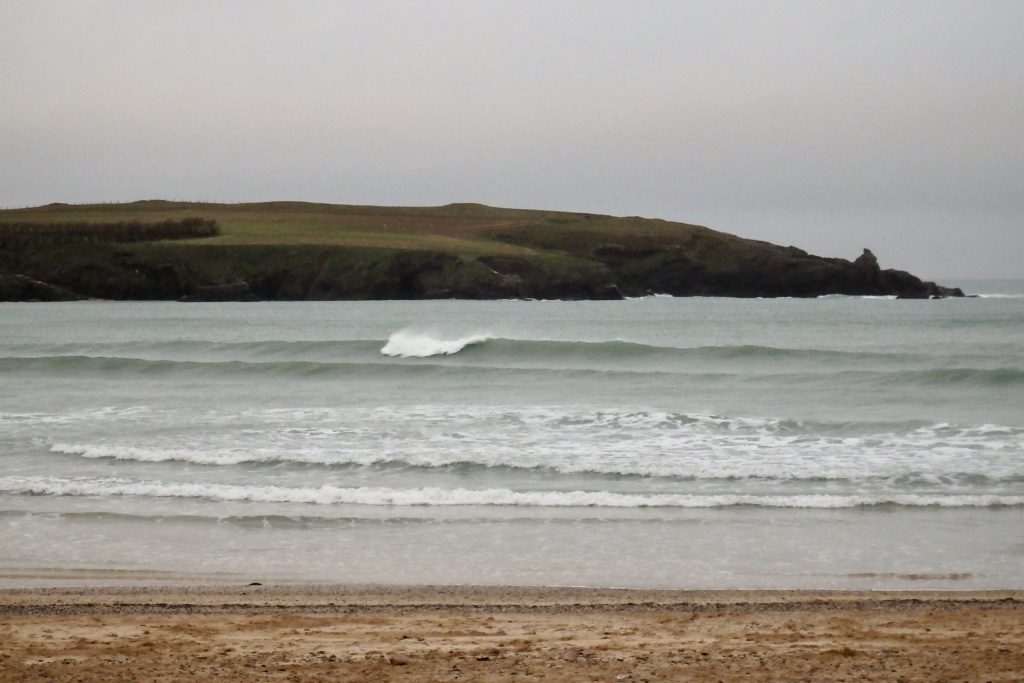 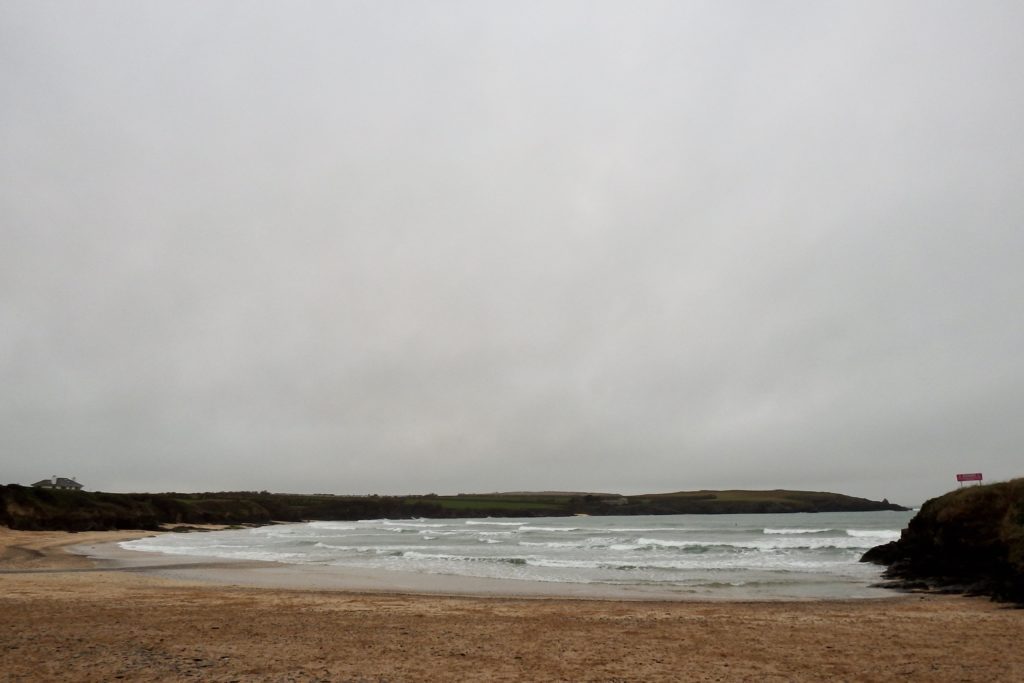 A big and lumpy swell is going to be jostled by a blustery westerly wind, Harlyn offering more than most breaks on this coast today but still maybe a bit bumpy.
But you should still manage to get a fun day’s surf on these small tides.

A wild and woolly few days are coming up to kick off the Six Nations this weekend with strong westerly going south westerly winds battering our already jagged and storm gouged coastline.
Big, thick and powerful waves should be growling into our bays through Saturday, the wind blustering through from the West in the morning, gradually calming and slowly backing to the south west through the afternoon.
Those waves are probably going to be bigger than they look through midday as that swell peaks but it’s going to be a bit of a search to find somewhere that will cope with it all.
By Sunday the swell will have settled back to that rolling four to five feet while the wind steadily blows in from the south west.
So Harlyn is going to be under focus, hopefully providing an offshore blown and bowling three to four feet of Winter surf.
And then it’s going to get real big and real windy again to start the week!
Have a great weekend, wherever you are and whatever you’re doing!