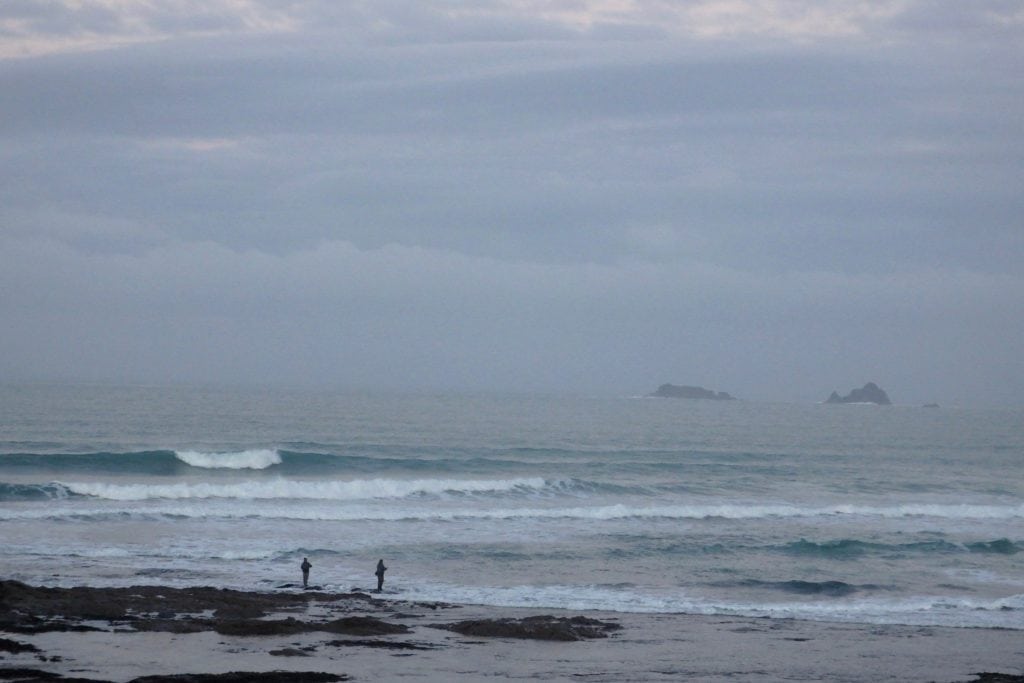 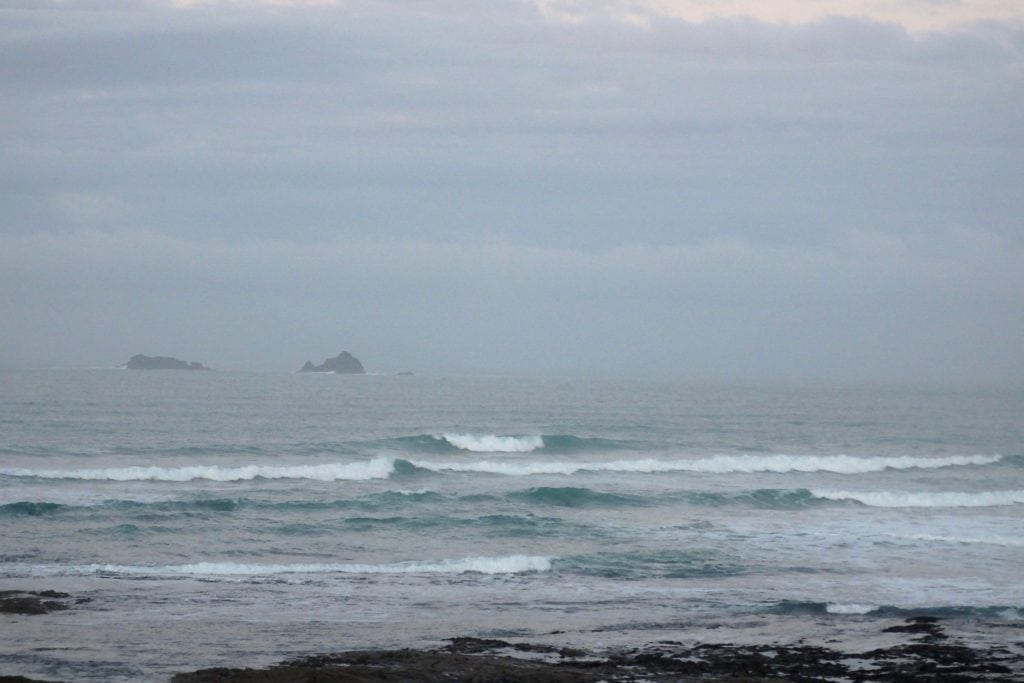 Another fabulous dawn is exploding over the far horizon this morning, lighting up the marine layer of coastal mist while glistening off the hedgerows of dew.
The waves continue to march in at Constantine too, three to four feet of peaking and shifting, more hesitant stuff than of the last few days but still powerful looking and probably testing. A lot of the wobbliness will be as a result of the fast dropping tide and will sort itself out as the tide rushes back in through this afternoon.
Yep, another bright and sunny, mild winter’s day should be producing more surf than we know what to do with again!
Enjoy! 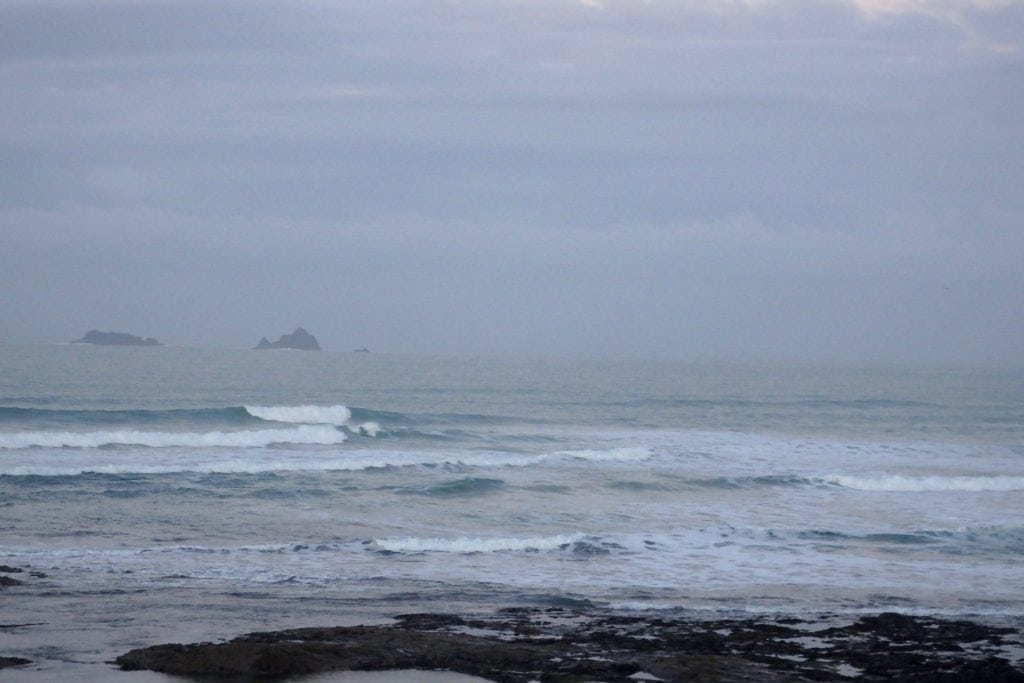 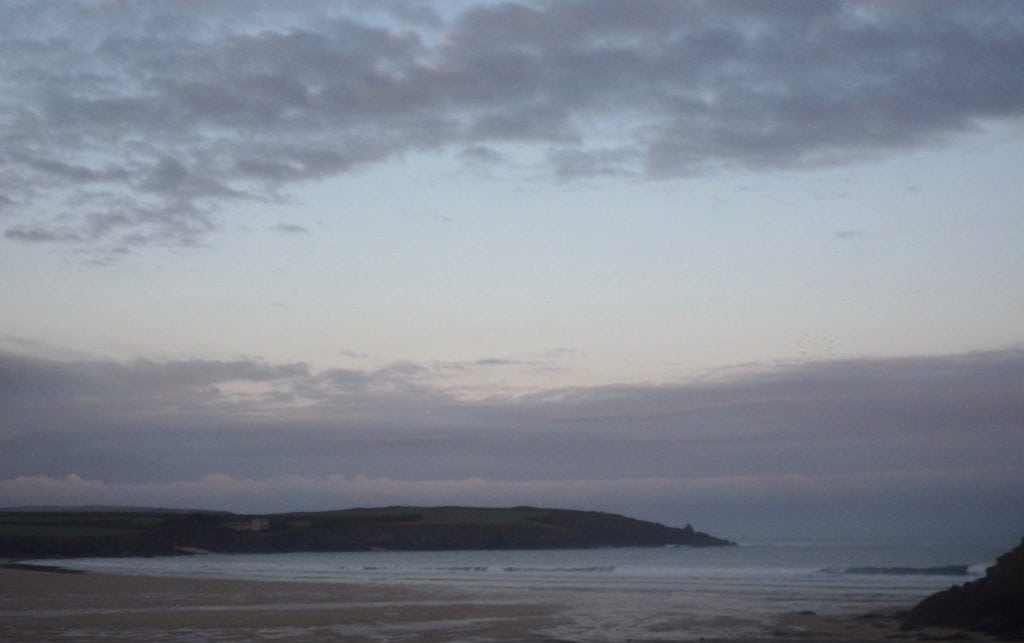 The surf is smaller here this morning than it has been for a while but there’s still a decent couple of feet of glassy and friendly looking little waves pushing onto the sand with a few guys out and having some fun already.
The fast dropping tide is having its effect but this afternoon’s rising tide should smooth things out again.
Another day of smaller wave fun awaits here today if the other side isn’t to your liking. 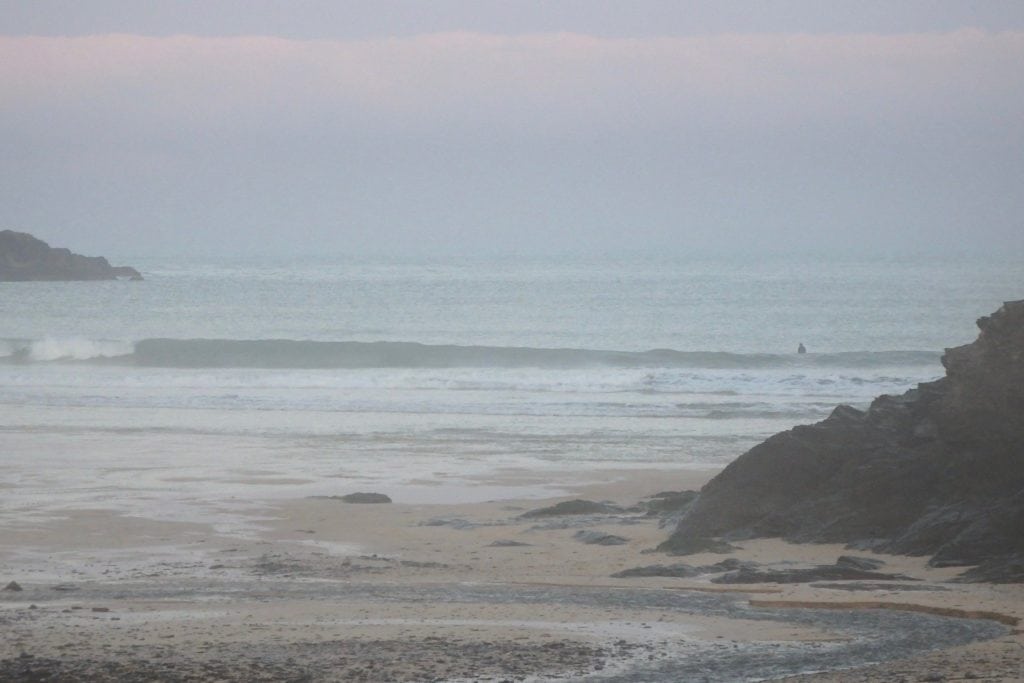 A couple to three feet of fun surf should be heading our way through this New Year’s Eve, the breeze super light for most of the day drifting in from the south west.
So, three feet of crumbly but fun Constantine side versus a foot or two of squeaky clean Harlyn side!
Nice to have a choice!

The winds look set to change direction for this New Year’s Weekend, blowing in from the south west only very lightly through Friday and Saturday, backing north westerly through Sunday, then north easterly through Monday.
And there should be plenty of swells rolling through the entire weekend too!
So for Saturday, Harlyn is looking promising at only a couple of feet or so but with the wind offshore here and so making for some hollow ones, while Constantine should be offering some bigger but bumpier and lumpier surf to play in.
By Sunday it looks like the wind will be onshore (and chilly too!) everywhere on this coast but only light. So we’ll have the choice between bigger and bumpy waves at the main surf breaks or smaller but still bumpy waves at the more sheltered spots to celebrate the start of 2017.
And then the first week of the year should start out with small but clean, offshore conditions, a hard blowing north easterly wind maybe blowing too hard through Monday but easing off as we go into midweek.
Have a great New Year’s Weekend, wherever you are and whatever you’re doing!