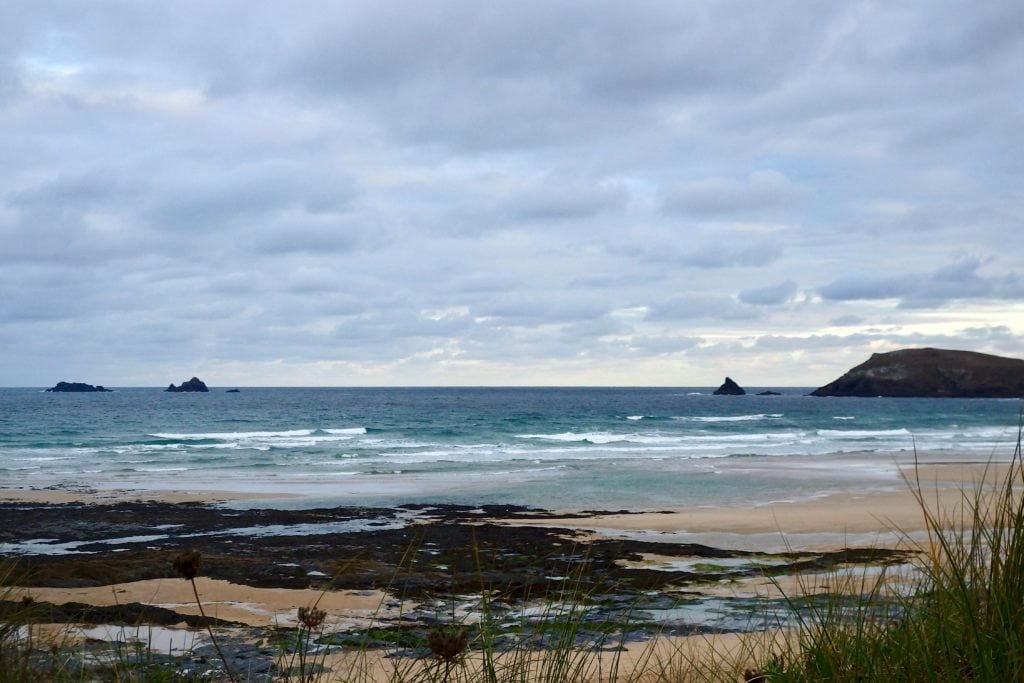 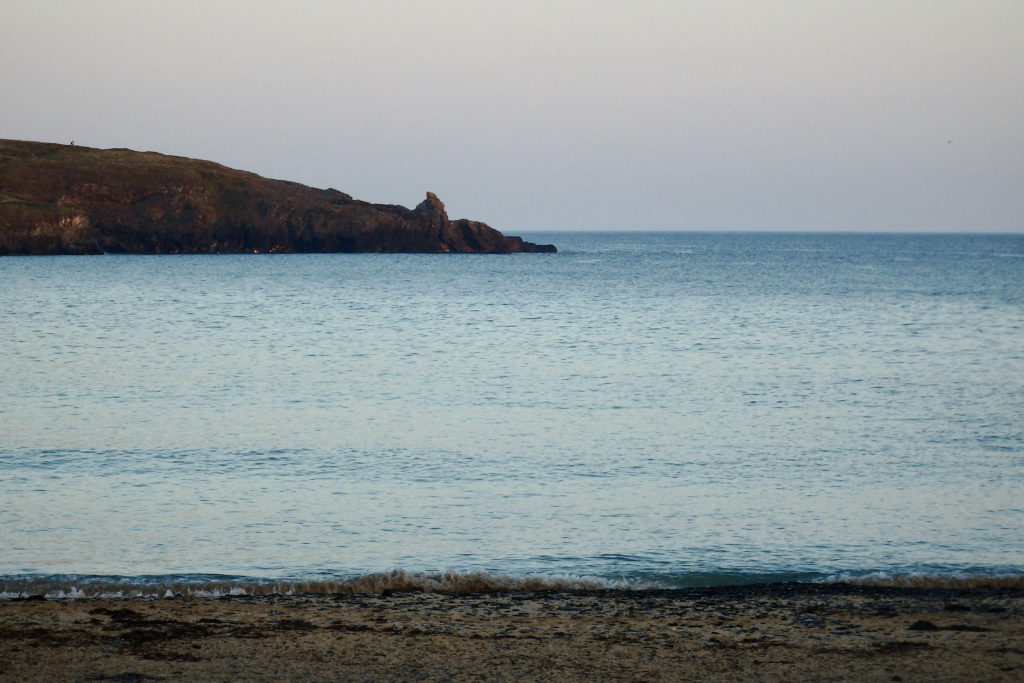 That North Westerly wind continues to blow this morning putting a chill in the air and a chop on the sea while shoving along some lumpy old clouds.
It does feel like autumn down in the bay this morning but the sky is much brighter than the forecasters threatened.
Two to three feet of wind battered and tired looking surf is stumbling into the bay, tripping over the shallower sandbanks as the tide pulls out. It’s not all that at the moment but the wind is forecast to calm and the sun seems to be trying to warm things up so this afternoon’s tide might just produce some much better surf. 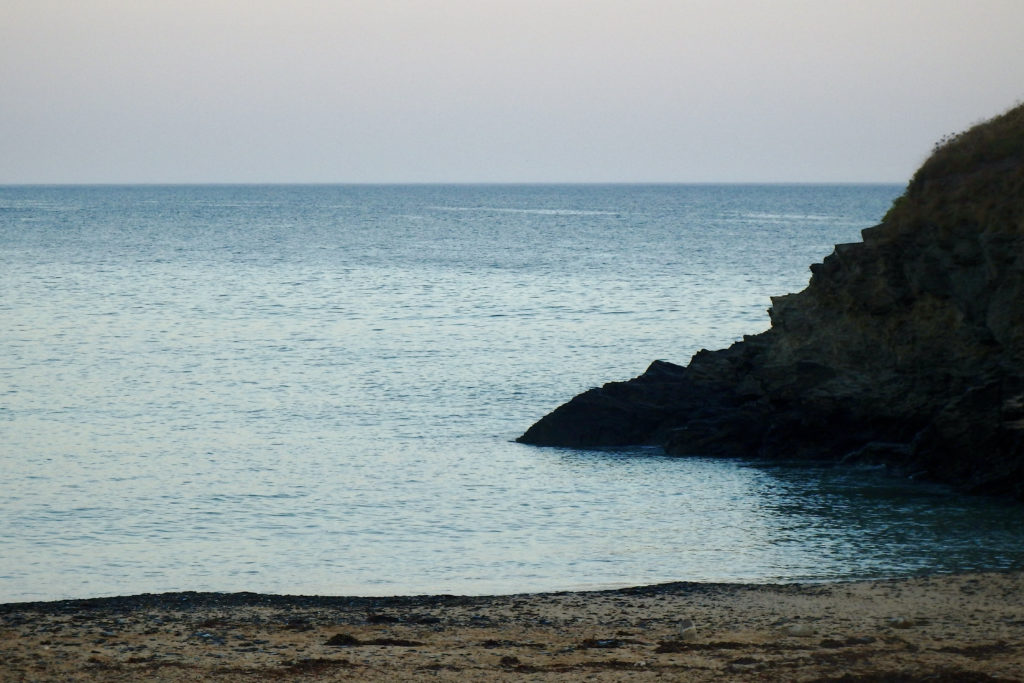 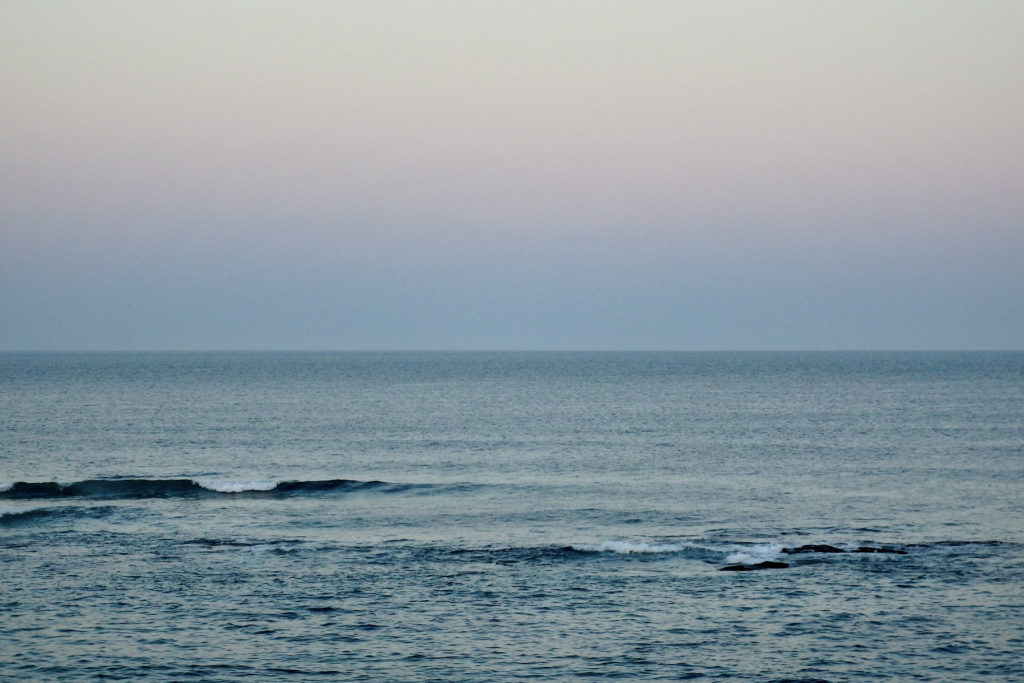 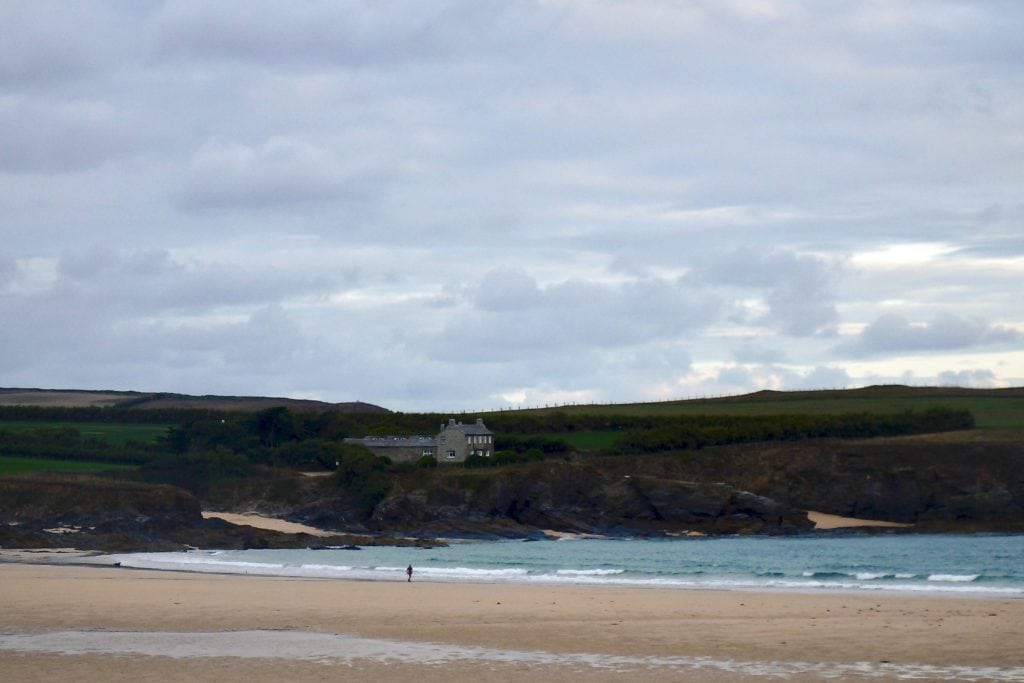 That cold north westerly breeze is blowing straight in to Harlyn again this morning, chopping and bumping the otherwise flat sea.
As the cloud cover thins and the sun slowly spread its warmth, the bay is coming to life but there is no surf to ride and there probably won’t be here for a while.
So it’s the trek over the headland to the other side for a surf although it’s hardly firing over there either! 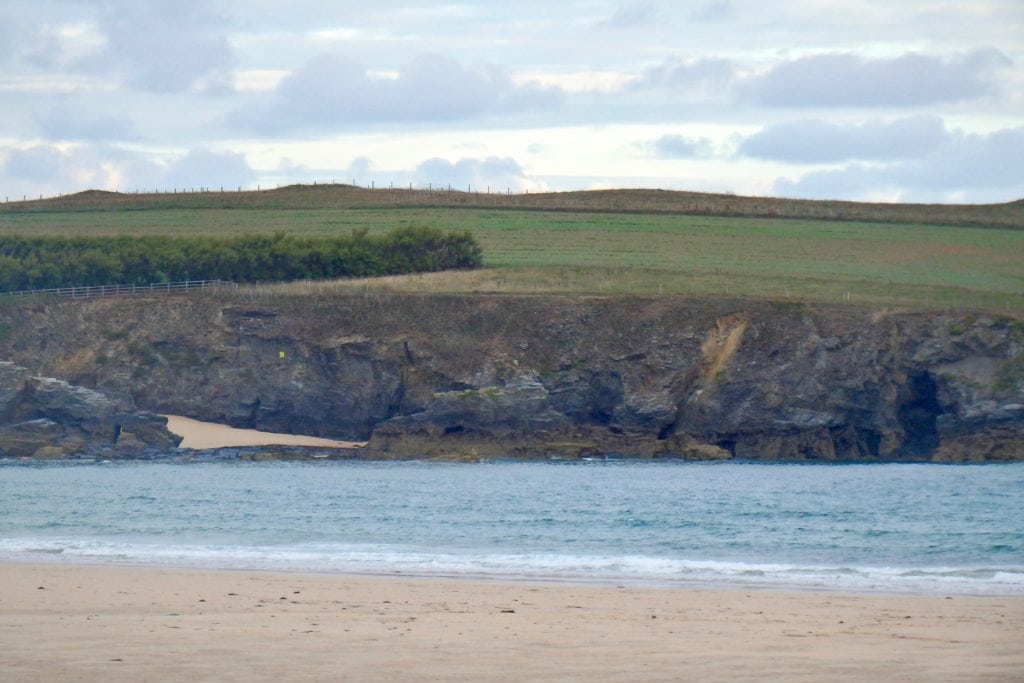 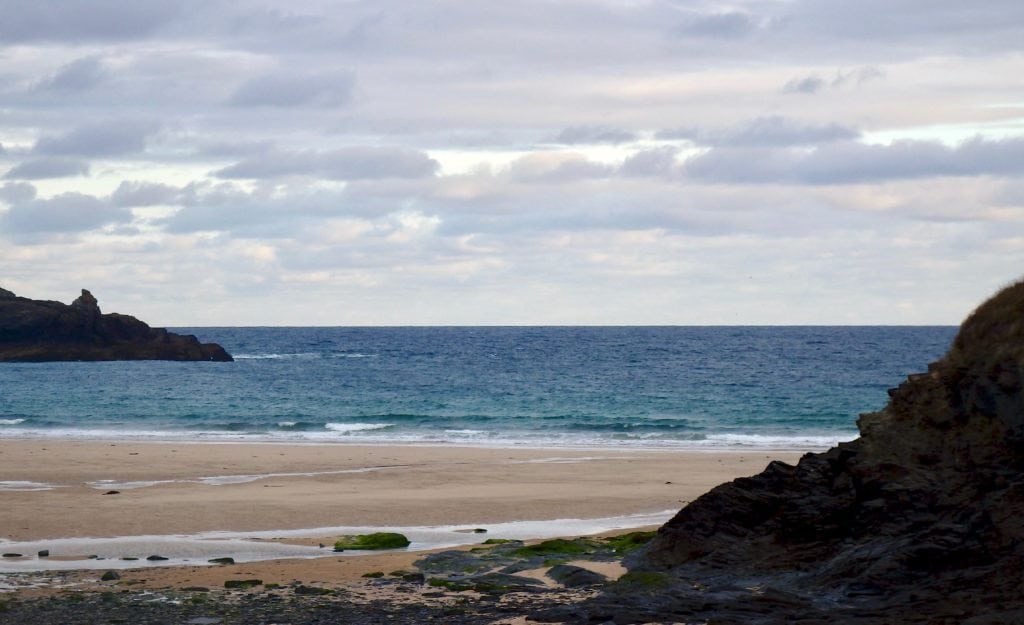 The wind is likely to have switched to the south west today but that is unlikely to improve the surf conditions at all.
Harlyn will be smooth and attractive but flat while the west facing breaks will only be small and fairly choppy too.
But there will be surf and it will be rideable while the weather will be brighter than the forecasts predict.

A breezy and blustery kind of weekend awaits, maybe offering something brighter and lighter through Sunday following a very mixed Saturday.
We will be seeing a brisk south westerly wind pushing some extra surf our way through Saturday but it is still unlikely that we shall be seeing much more than a foot or two of choppy and sloppy surf, so taking Harlyn out of the equation.
And just as that wind has blown some extra swell our way then the wind changes to north westerly for Sunday making for three feet of choppy surf all day long.
And that is likely to be the way of it into next week, those windslopped and choppy conditions ready to frustrate us for a good few days yet!
Have a great weekend wherever you are and whatever you’re doing!