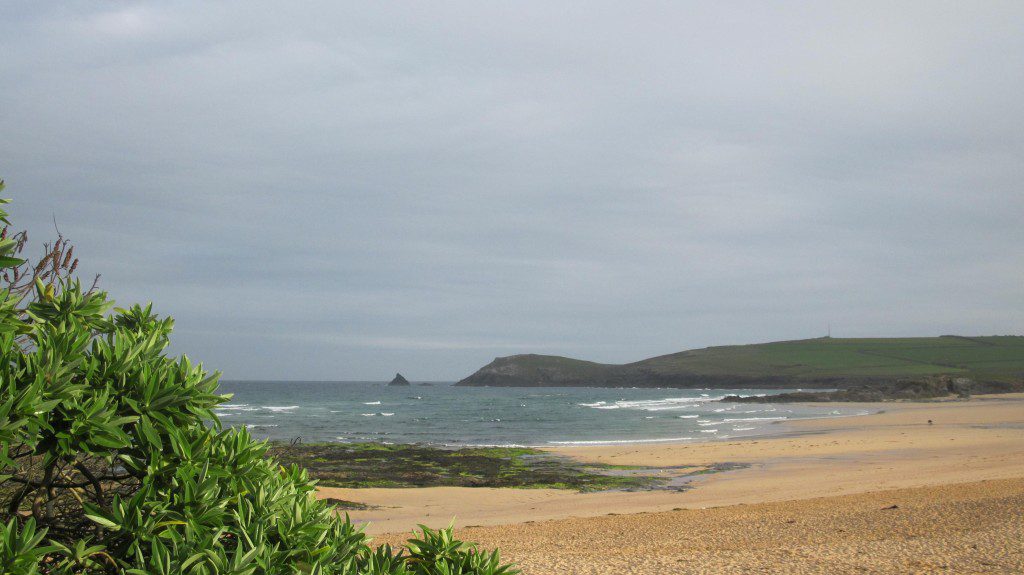 Well, the fog has gone!
But it’s not a whole lot brighter this bank holiday Monday, at least not yet.
The sky is a little leaden and the breeze is fairly fresh but it is dry and it looks like it might stay mainly that way.
The surf is junk though, that breeze is from the north west blowing in on the one foot or so of weak and broken little waves. But, as ever, the bay retains its own distinct beauty, the turquoise sea beckoning even though the surf is real small and a little sloppy too.
That surf should build though, at least a little, through the day but the sun will have its work cut out to push through this cloud cover! 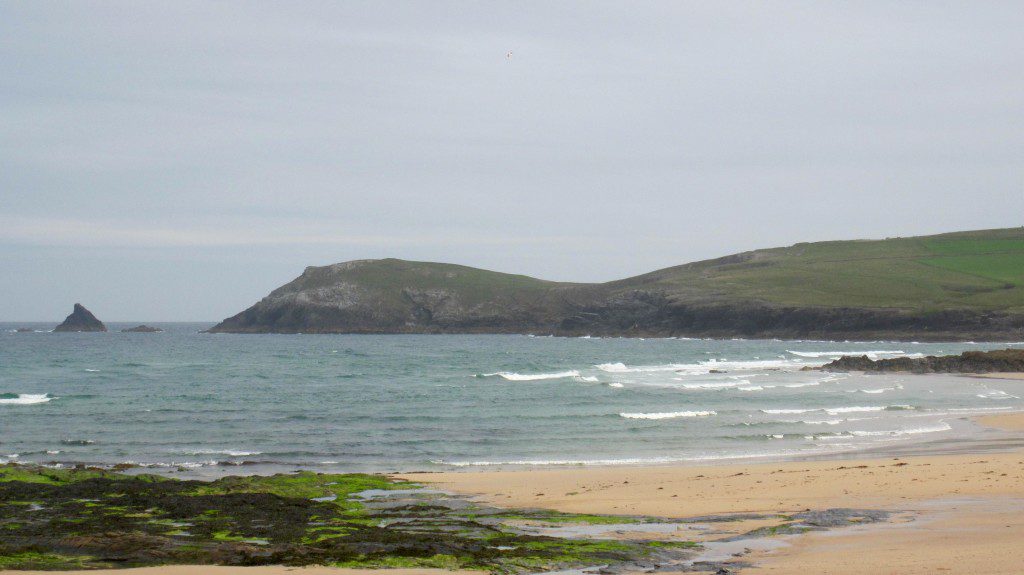 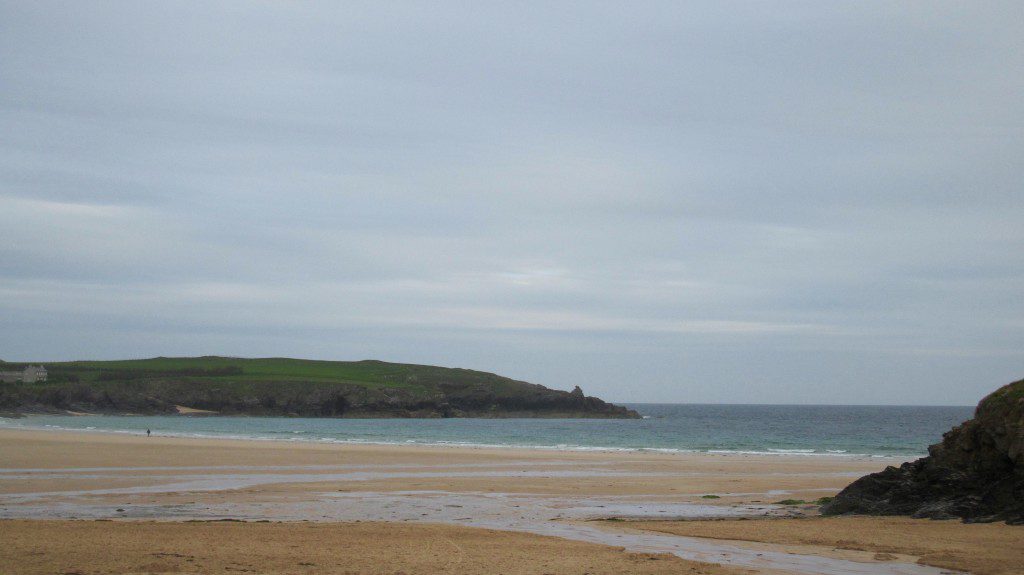 It really is very flat around here this morning.
It’s all a little sullen this morning, the grey sky reflecting off the blue/grey sea and yet it still keeps its appeal. It could be nice to paddle a board or kayak, that sea looks clear and inviting. But you’re not going to be able to surf here today though! It’s the other side for that today again and it’s not exactly greta over there but at least it is rideable. 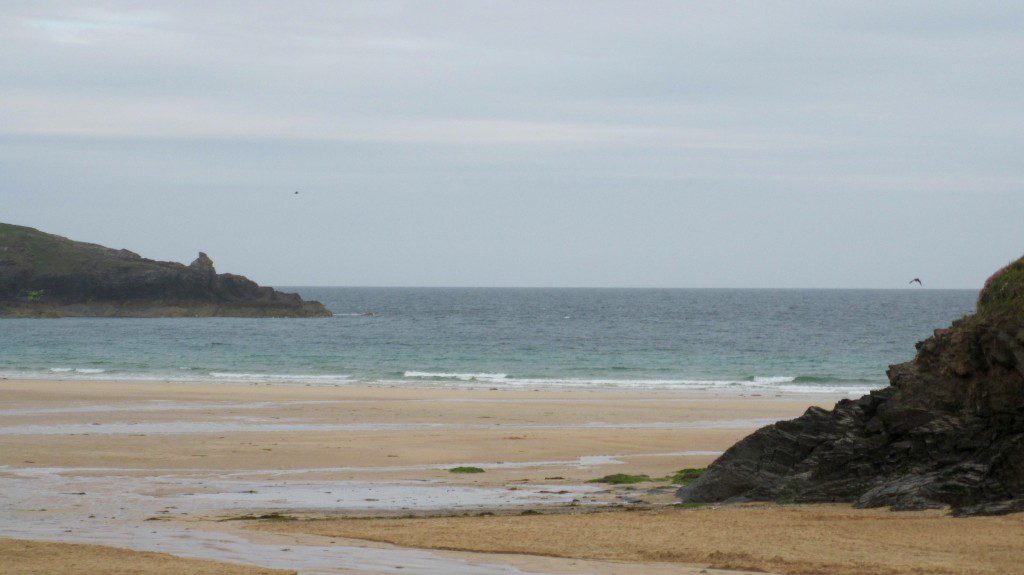 That same localised, sloppy and weak little swell is going to be the best that we can hope for today again, the wind staying steady and from the north west, continuing to chop the small surf.
There will be those moments when the tide finds a shallow part of the beach and those little waves break with more enthusiasm and if that coincides with a break in the cloud cover then it will be fun. But it’s going to be more by luck than judgement to hit on that situation!

These steady, onshore winds are set for the week, gradually shifting from the north west through west and then back to north west.
The surf should build a little into midweek but is still likely to be not much more than a foot or two and quite a weak foot or two at that.
The weathers should stay relatively calm and relaxed but it’s unlikely to be wall-to-wall sunshine or anything, in fact it is likely to stay more cloudy than anything but it should stay mainly dry for most of the time too.
So, not the best week but not too bad either. We should be able to get in for a surf most days, even if conditions might not be as great as we would like. But at least it’s not flat, which it can easily be at this time of year!
Have a great week, wherever you are and whatever you’re doing!