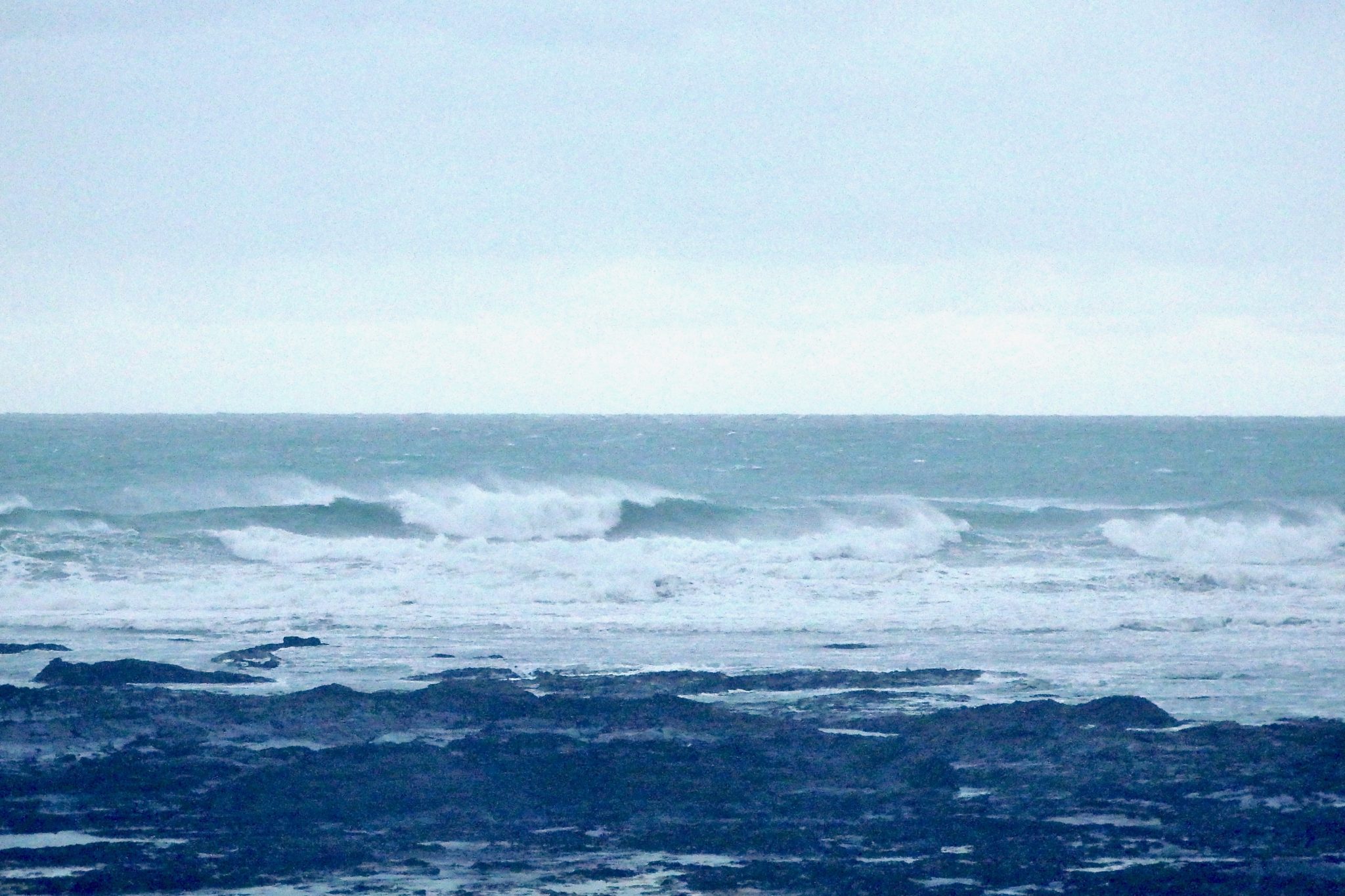 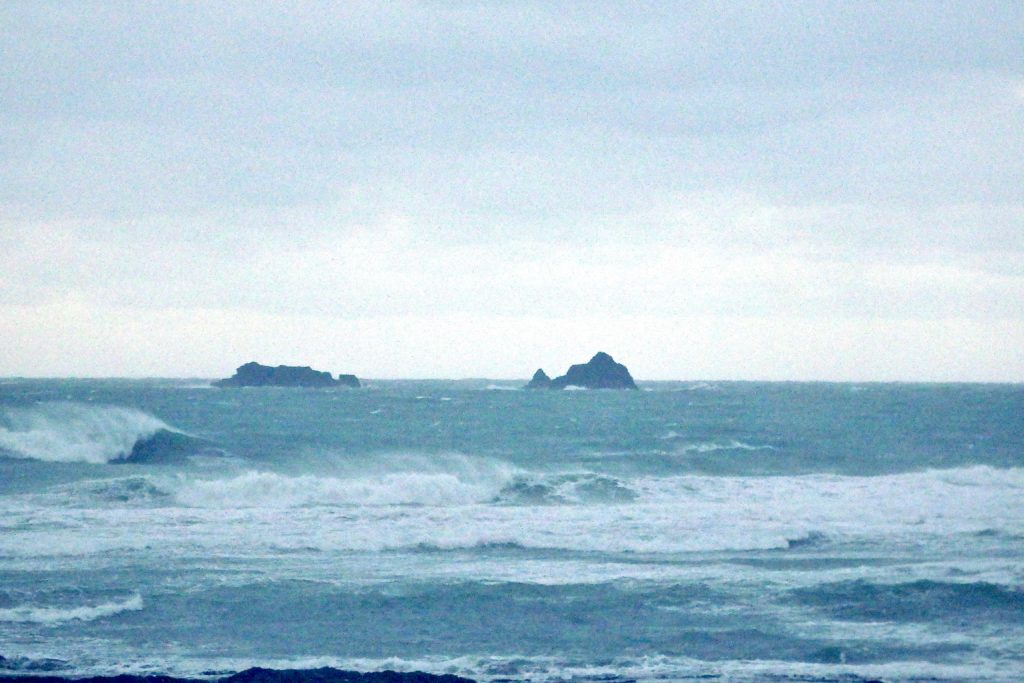 A cold and hard blowing wind is screeching down the coast this morning, just a degree or two east of north, almost offshore.
That ice clawing gale is blasting into six feet plus of bowling winter waves as they explode over the sand and rocks, resulting in dark and cavernous right-handers offering not much more than an adrenaline flush drop followed by a fade to the depths.
Followed by that paddle.
In that wind.
In these temperatures.
But the odd one is winding its way across the bay, all teasing and tempting!
I’m fleeing for some cleaner surf and hopefully a little sunshine just for a few days, so no Surf Report until next week! 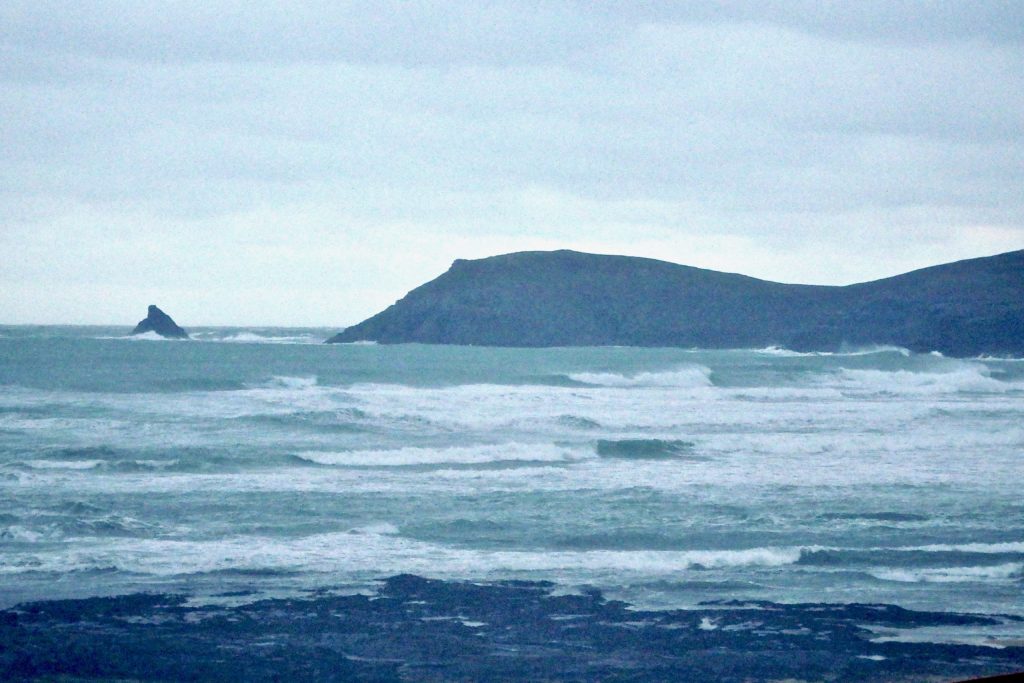 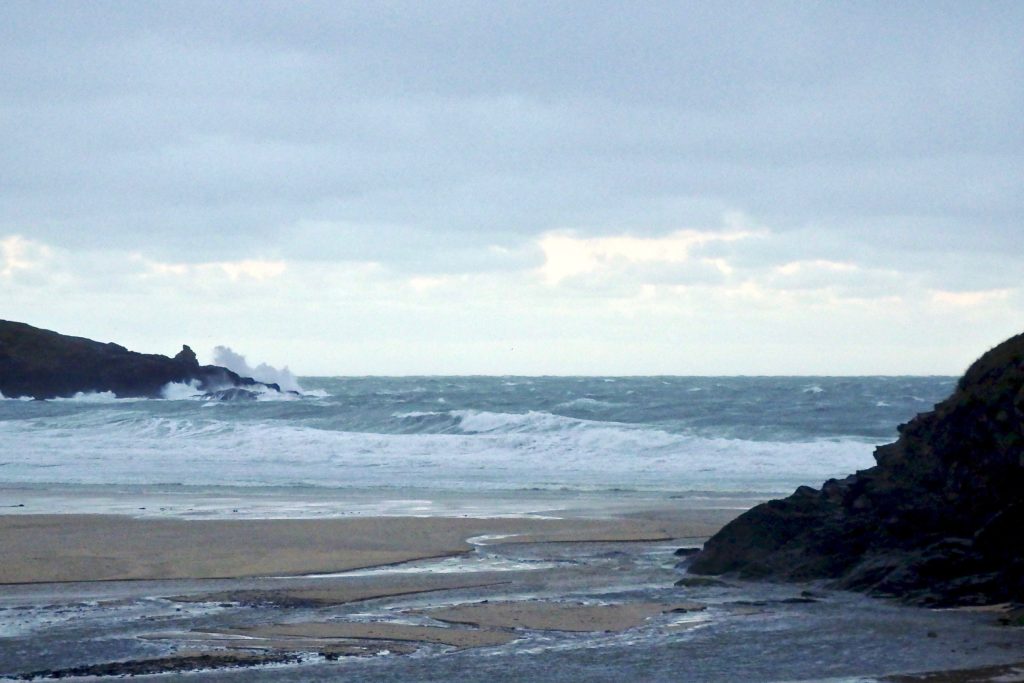 Five or six feet of mad and mixed up, wild surf is exploding its way into Harlyn this morning, that howling and violent north easterly wind driving those tumbling waves hard onto the sand and rocks.
It’s great to watch but you might not want to go paddling out anywhere near it! 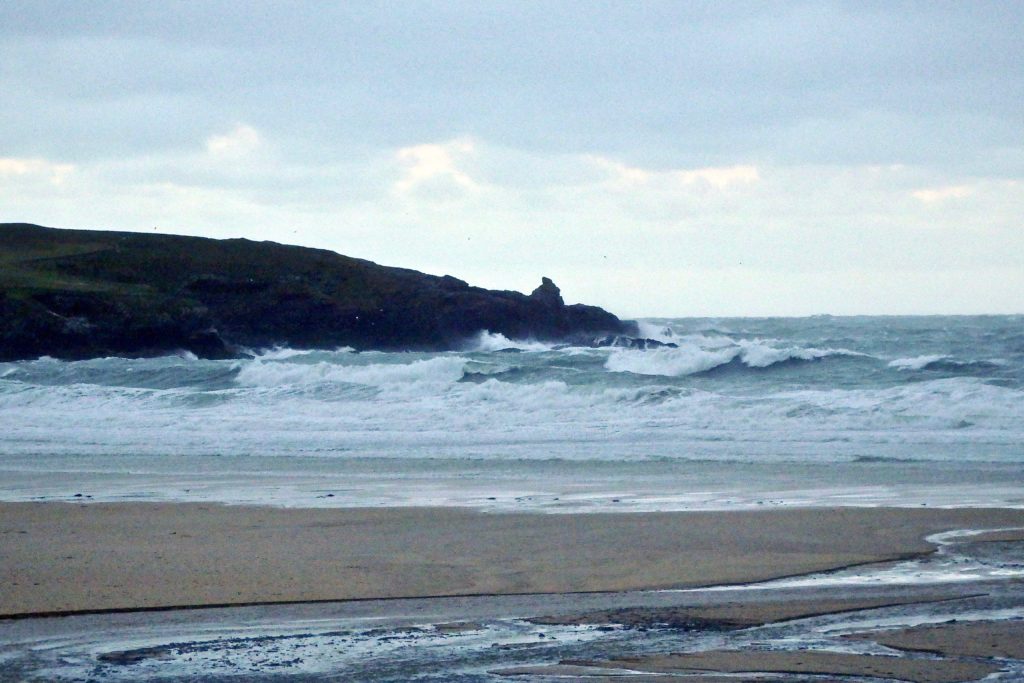 Starting out north westerly the wind should swing through to south westerly by the afternoon, at least giving Harlyn a chance to shine.
The swell is likely to have halved but that’s no bad thing, there has been too much water trying to push in at the same time for a while now. It should still be big enough to throw a decent couple of feet into Harlyn and that should be nicely shaped by the offshore south westerly, if it reaches south westerly before dark!

Surf Conditions for this Week

Strong north westerly winds are looking set to continue to blow hard through this week bringing cold air our way while destroying the shape of the surf.
We might just enjoy some south westerly winds through Tuesday afternoon, providing some half decent three feet or so of offshore hollowed surf at Harlyn. But otherwise those north westerlies are going to blow hard and cold all week long.
The back half of the week might see some big, big waves but they will still be blown out by those cold onshores!
Nope, we are going to have to travel if we want something better again this week! And that is exactly what I shall be doing! So no surf report until Christmas Weekend!
Have a great week, wherever you are and whatever you’re doing!