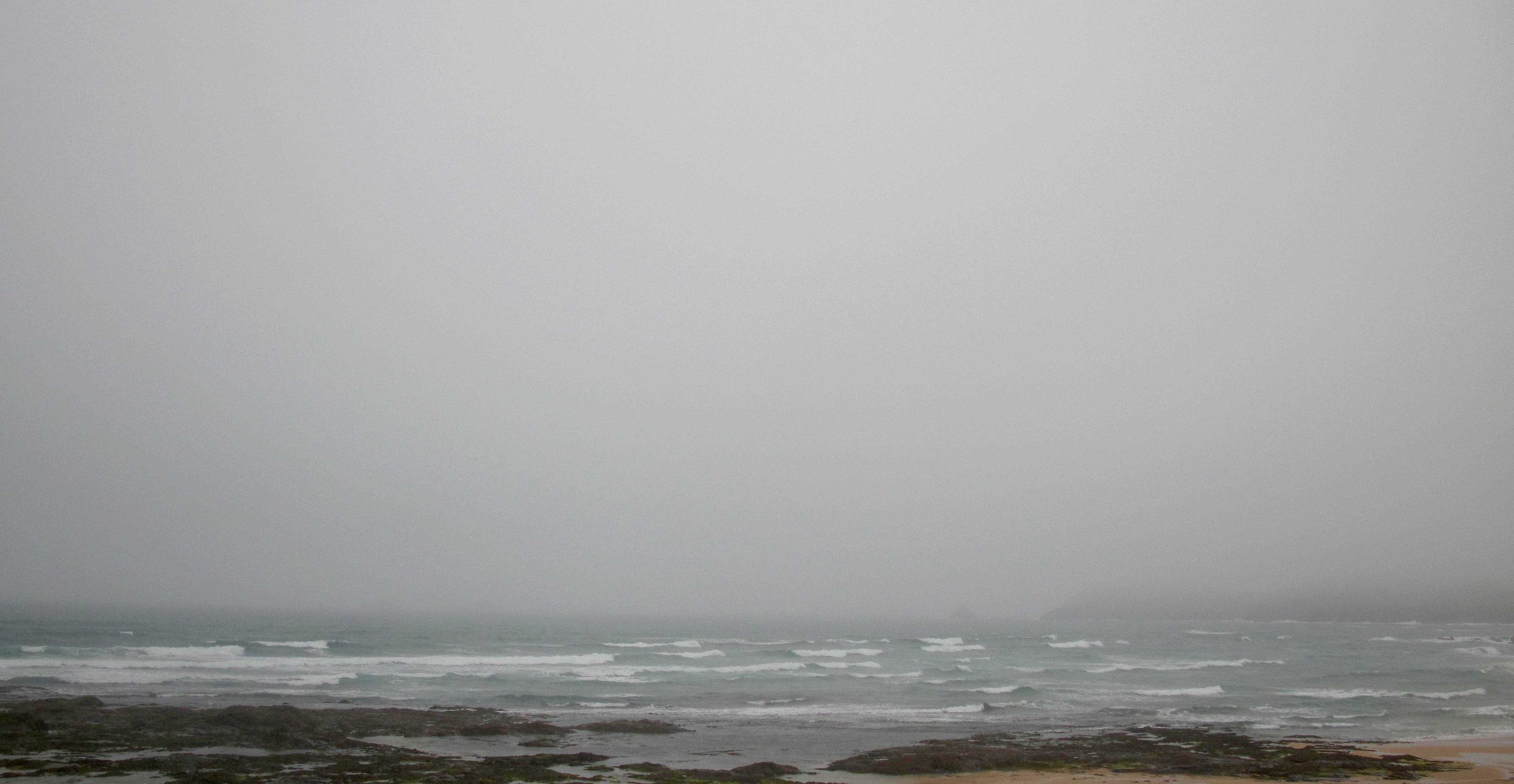 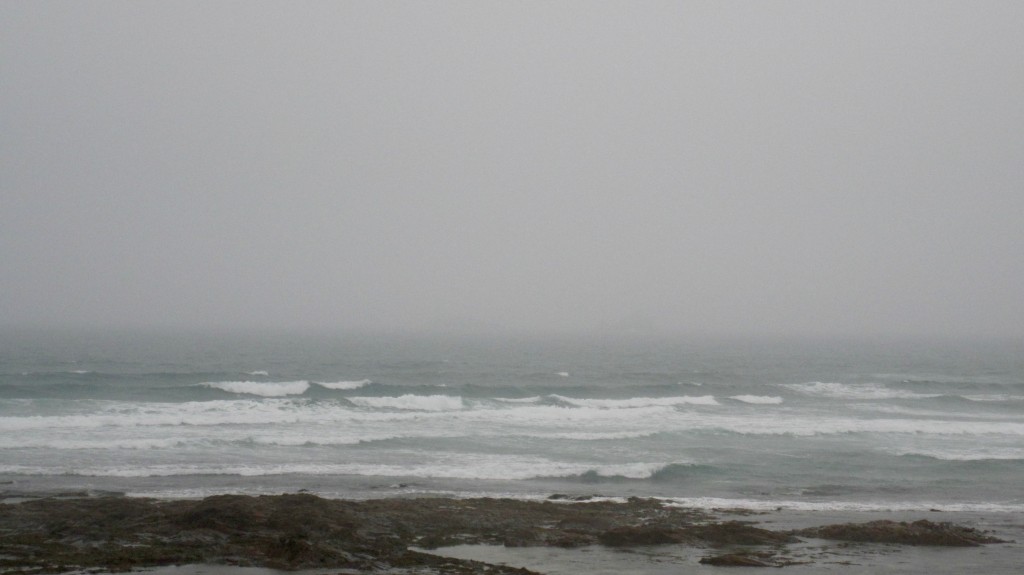 It’s a dull and dreary, grey and miserable start to the day again, the wind whistling in from the west sou’ west pushing drizzle and mizzle ahead of it while chopping and churning the lazy, sloppy sea.
What mixed up and scrambled surf there is is coming in sets of waves, some of them only a foot or two and then followed by a random bunch of waves heading through at head high.
This afternoon’s higher tide might have something better to tempt but right now it’s just junk and not very inviting junk at that! 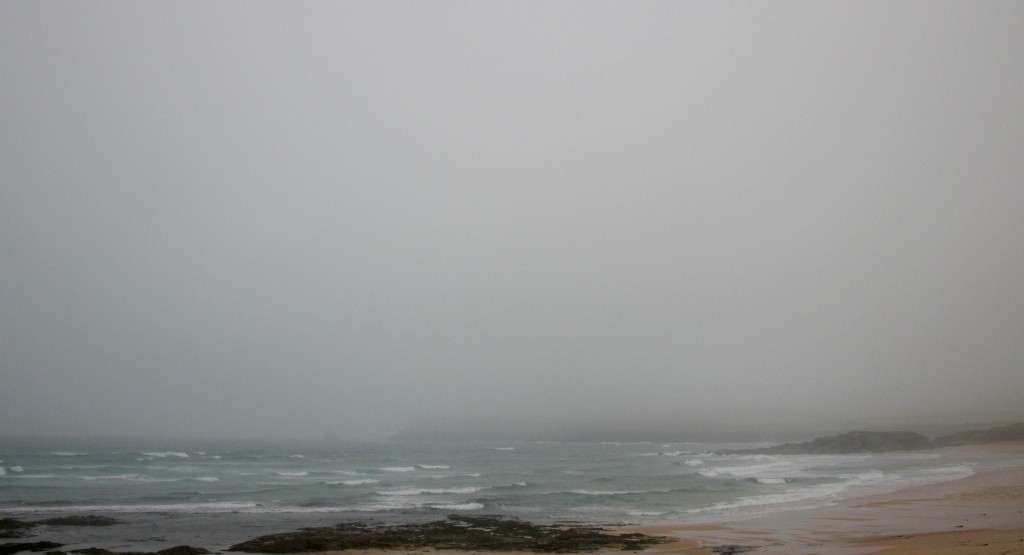 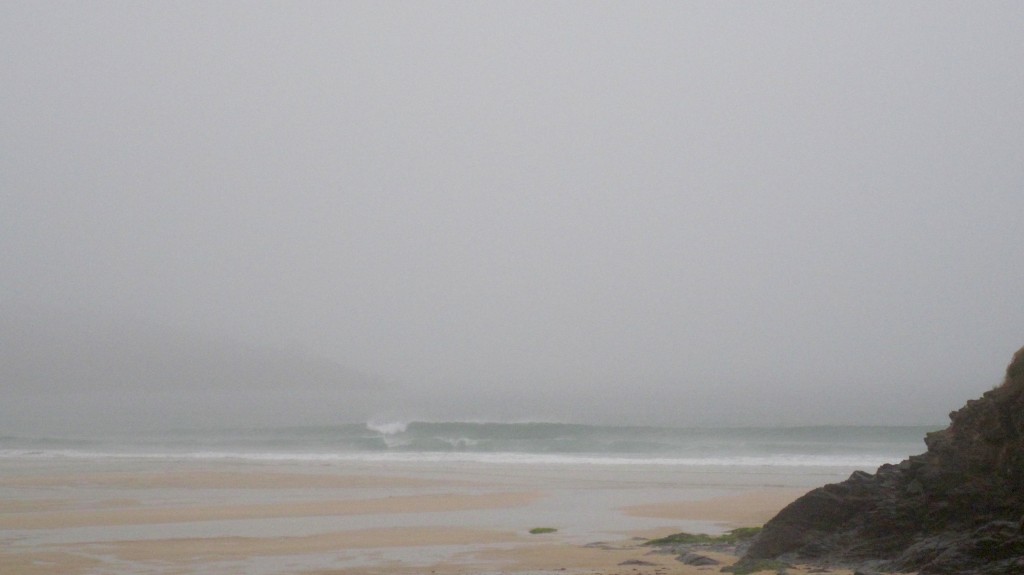 The tide is halfway out and that is having its effect on the surf here, it’s almost flat. But there are those sudden sets of little waves just occasionally pushing through the murk and mizzle of a cornish mid July morning. The wind is offshore here, helping to make those infrequent little waves at least inviting.
The sets waves are a couple of feet, a long way apart but fun looking when they do arrive.
Early afternoon might show more action, when the tide starts to roll back in! 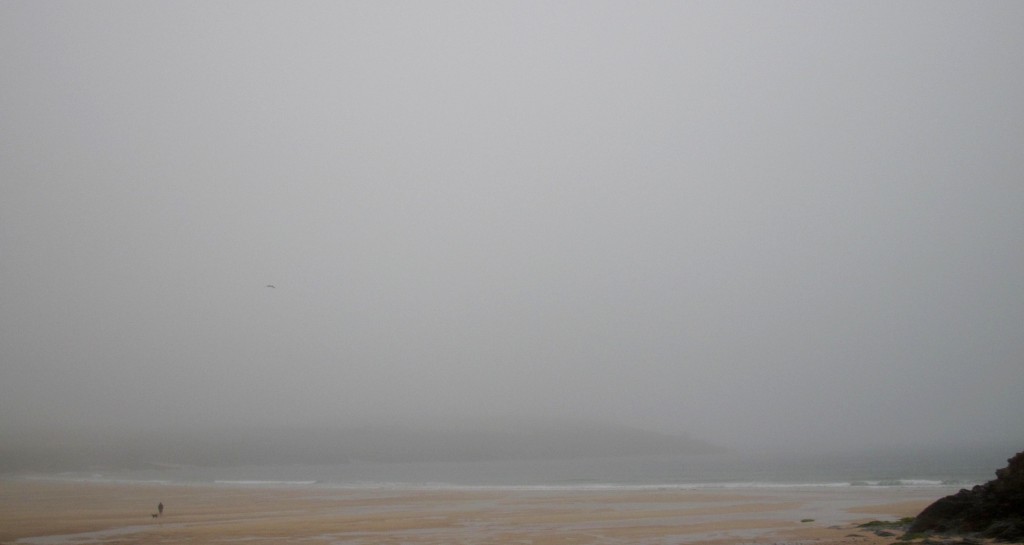 And more of the same!
Those little fronts are continuing to push in bringing rain and wind and mixed up surf conditions with them. And it could yet be a day or two before things change!
In the meantime, Harlyn has at least shown some cleaner alternative conditions to the other side of the headland, providing some shelter from the wind and allowing some, much smaller but much clearer surf to roll in.
And that’s likely to be the way of it again today.
Our best hope is for a couple of feet of fun Harlyn on the tidal push.

We can look forward to a gloomy, murky, wet and windy start to this middle week of July, a wintery week of two to three footish Harlyn surf to keep us occupied well into the week.
At least it should be offshore and hollower over there, which is always nice and the air temperatures should stay warm but it is likely to be a bit wet around the edges and windy too.
It’s likely to be the end of the week before things brighten but in the meantime let’s grab some of those hollow Harlyn close-outs!
Have a great week, wherever you are and whatever you’re doing!