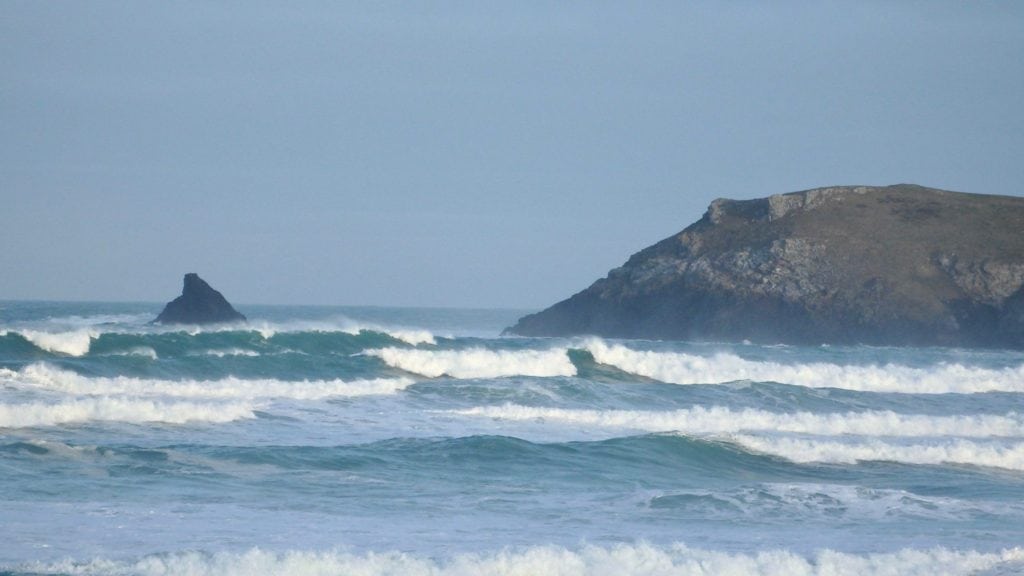 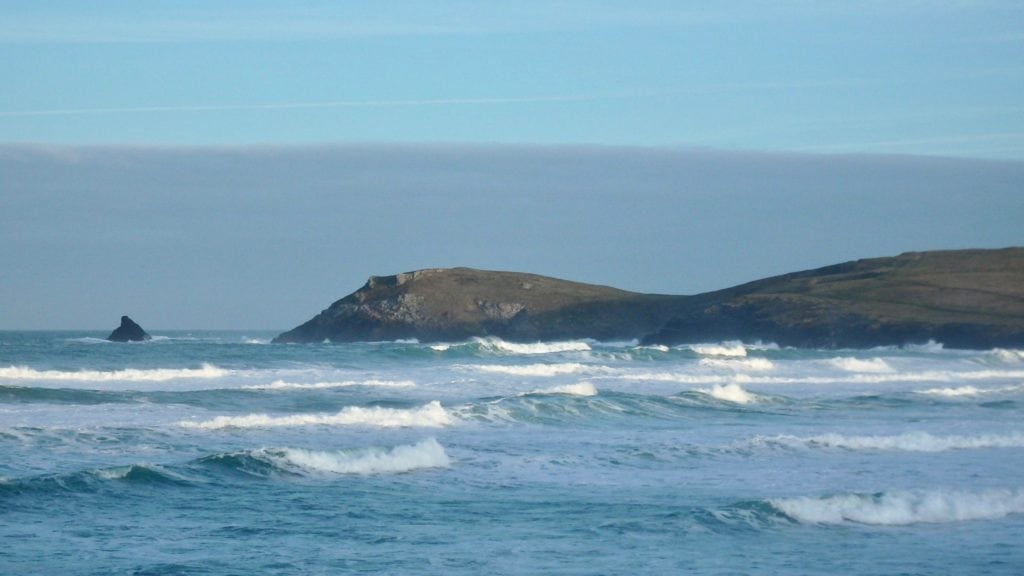 A bright and pleasant day is spreading its cheer along the coastline this morning with maybe just a little hint of spring in the air!
The wind is still onshore, a light west nor’ westerly breezing in over the wave tops.
And those waves are solid.
Four to six feet of crumbly but thick and heavy breaking, deep blue waves are cresting out in the bay, steep faces of curling swell swinging in. It would be so great if the wind was in the opposite direction!
But that wind should calm throughout the day so might just see some much cleaner stuff on the afternoon tide! 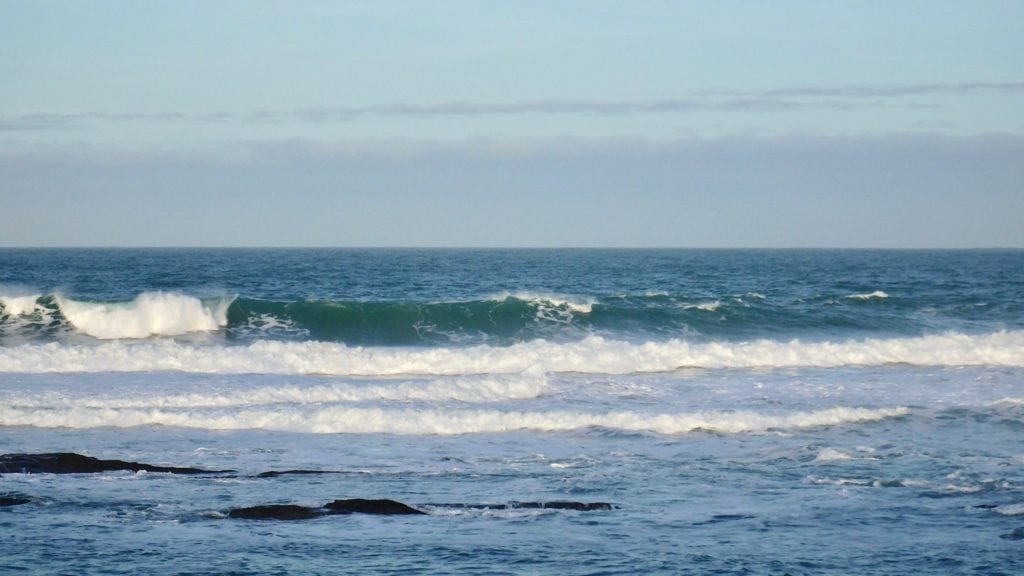 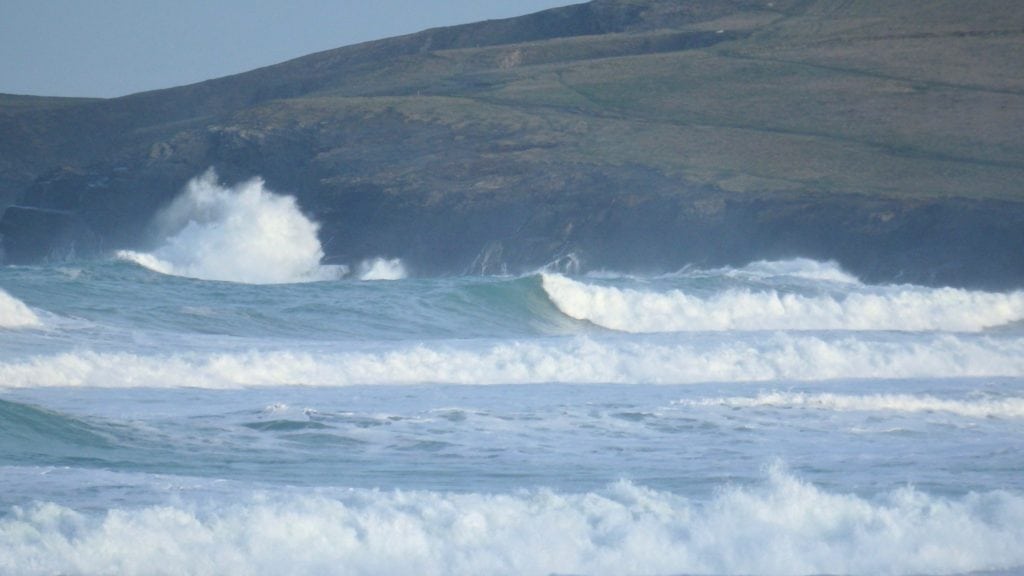 Three feet or so of shaken surf is washing in, the wind and dropping tide pulling at those waves and accidentally creating occasional double-up reforms that are screaming off the Rock.
The incoming tide this afternoon should show a little more strength and power as the wind eases to a whisper.
The evenings are drawing out too! 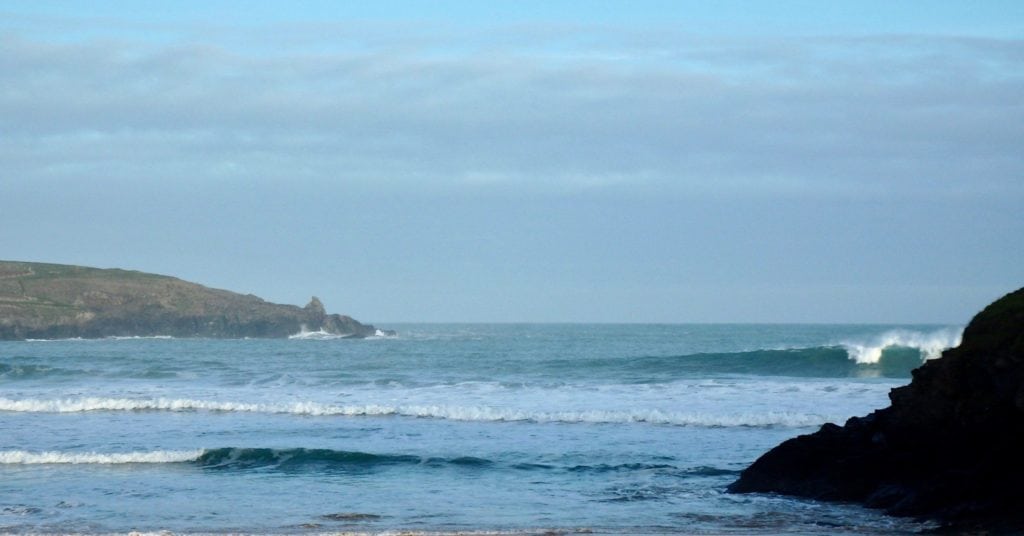 A four to six foot swell and westerly winds will be rolling our way today.
If the wind eases to the south by only a few degrees even, then Harlyn could be sweet and clean fun!
Otherwise it could end up being the usual sloppier stuff bumping in!
But it should be bright and mild and pleasant and definitely worth a wet!

Onshore winds are going to plague a week of otherwise fairly hefty swells and mainly pleasant weather.
Looking at the maps though, there is just a chance that a tiny but tight low pressure system could throw some thick swells our way through the middle of the week, just as a streak of high pressure manages to stretch over the county.
Midweek could just turn out to be a whole lot better than the surf forecast sites are predicting!
So,to start the week that same north westerly wind will be chopping up an otherwise solid six feet or so of swell, the wind calming as we go through Monday, dropping to no more than a breeze for Tuesday. Still onshore but maybe light enough to allow some shape to those strengthening swells.
The breeze is likely to back to the south west through midweek, a brighter and sunnier few days cheering us all up while we enjoy what might just end up being some really good surf at Harlyn!
And then back come the north westerlies for the weekend!
Have a great week, wherever you are and whatever you’re doing!