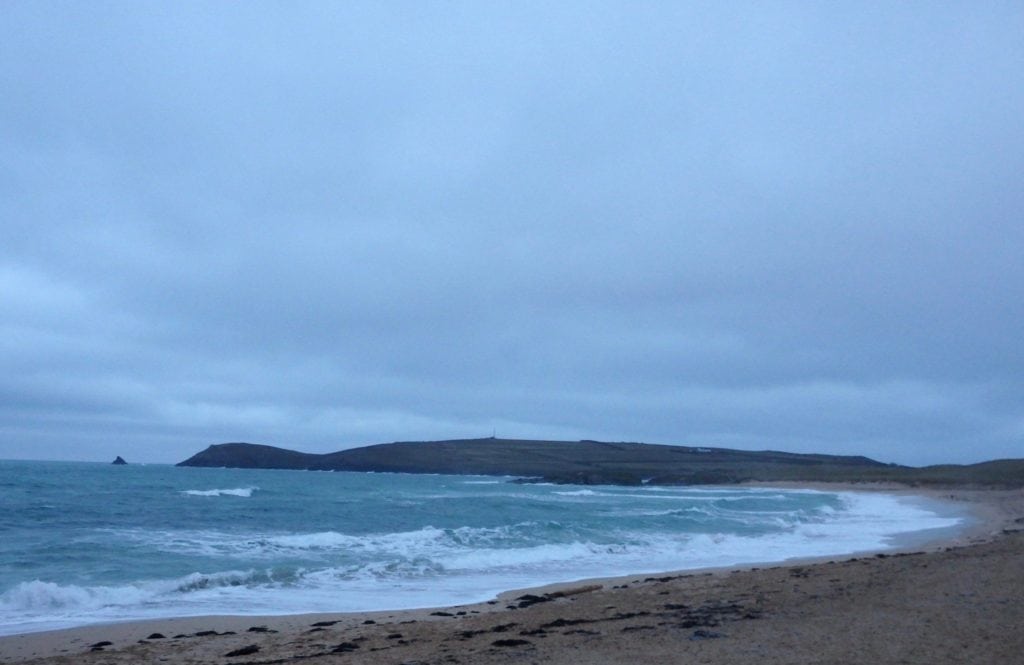 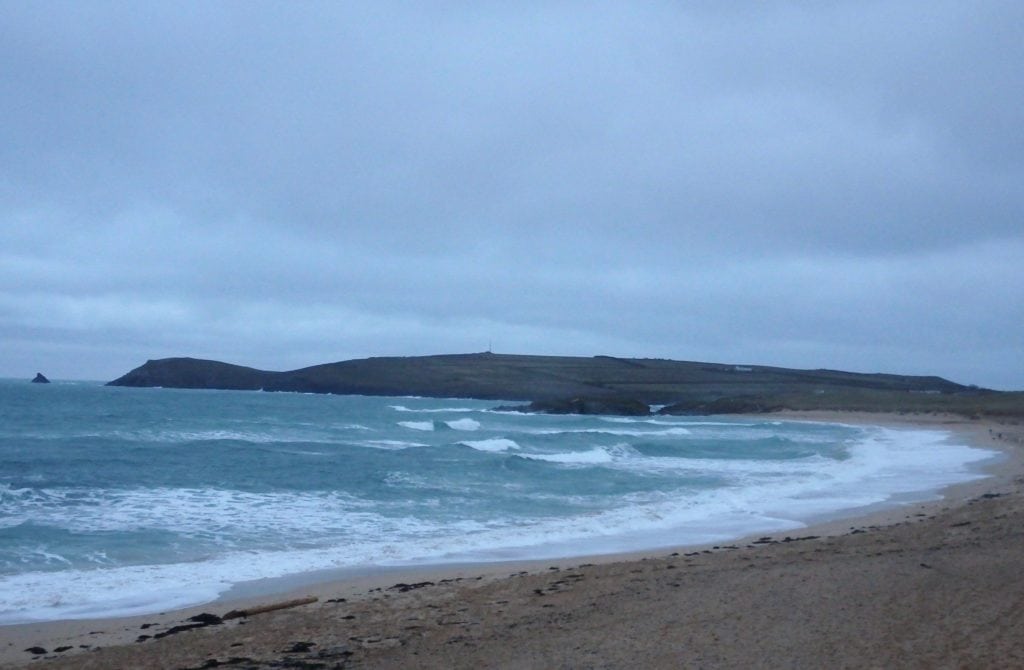 Another grey and gloomy morning is spreading its snuggly comfort on this Blue Monday morning, doing nothing to ease the pain of those holiday bills pushing through the seasonal detox. It could be a day to crouch behind the counter and mainline tea and Hobnobs!
But on a more positive note, the air is milder.
The surf?
Well, the wind is still scurrying down the coast from the north west, so those two to three foot waves are all a bit sloppy and choppy and grey and uncomfortable looking.
But, today could just see the back of those annoying north westerlies, we could just be about to enjoy some cleaner conditions at last! 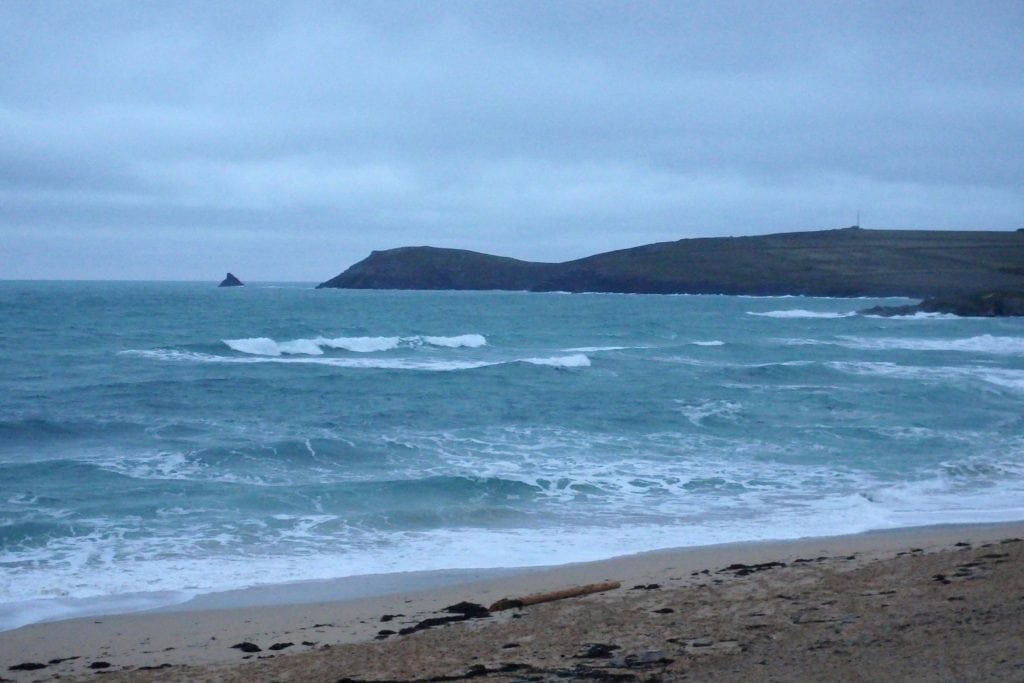 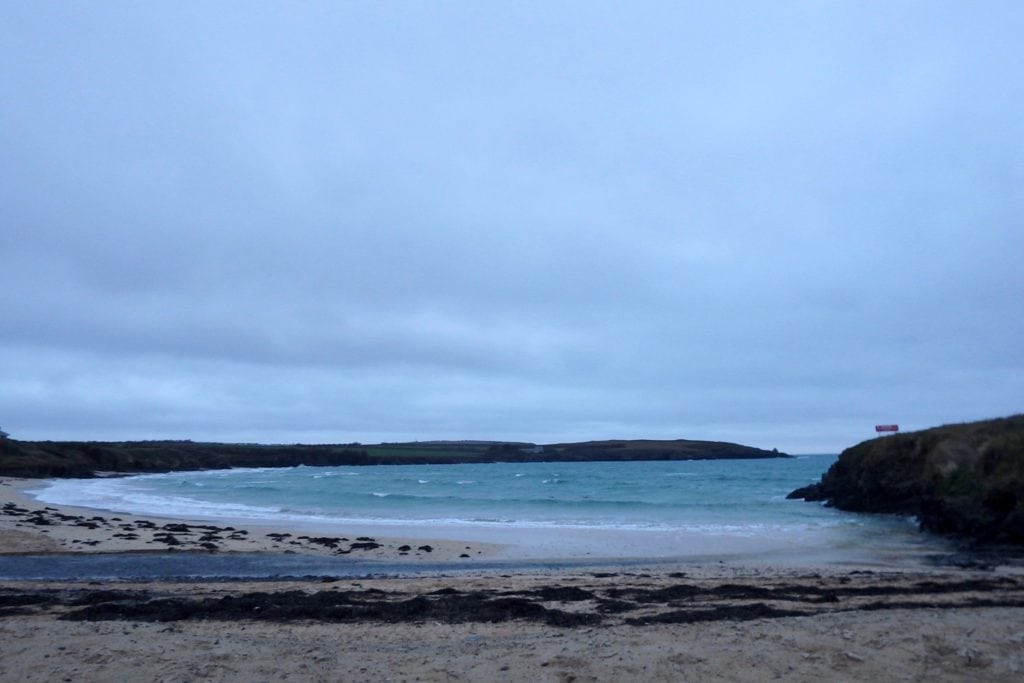 A foot or maybe two of choppy and broken up surf is sloshing ashore, easing onto the high tide, seaweed strewn beach.
It’s not really worth going in today again but, like the other side, there are some little sloppy ones if you’re really keen. 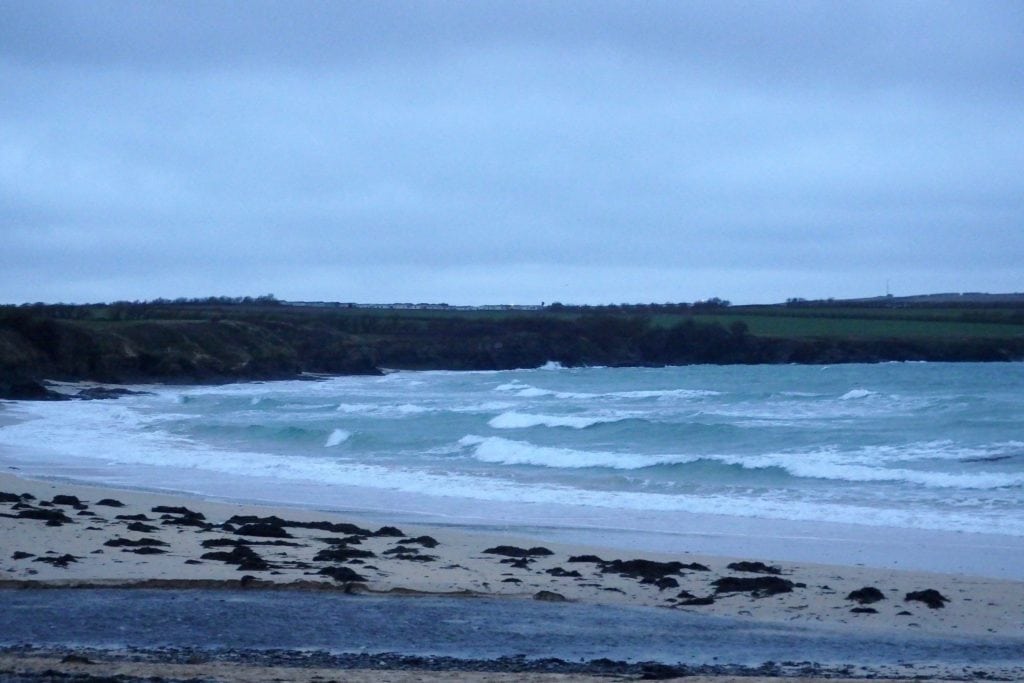 Ah, a wind change! At last!
Offshore breezes should wake us up this morning, a bit of a chilly breeze from the north east first thing, gradually drifting to the south east as the day rolls on.
Throw in a couple to three feet of steady and even swell and we have the promise of a surfy, surfy day!
The sunshine can come later!

Those tedious north westerly winds look set to finally blow themselves away at the start of the week but maybe not until Tuesday. And then we will probably have a day of mixed conditions as the wind settles to more of a breeze and starts to gently drift to the south east, offshore all along the coast!
And although there is a big spread of high pressure not so far away, there’s enough wind activity out in the Atlantic to spin a few swells our way too.
We should be seeing a decent three foot plus swell one we get into this week, building just a little through midweek before easing into the back half and then re-buildin into the weekend.
But for most of the time that pleasant offshore breeze should be shaping any waves that we do get into something better, something more fun, maybe something quite special by midweek!
And we should see some brighter weather too!
Have a great week, wherever you are and whatever you’re doing!