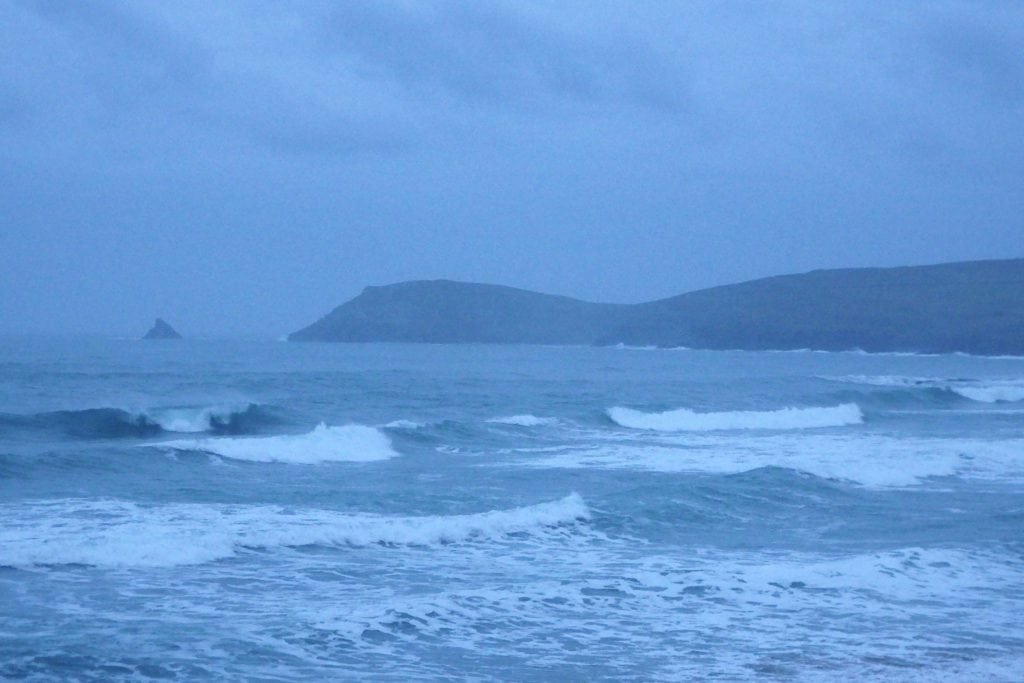 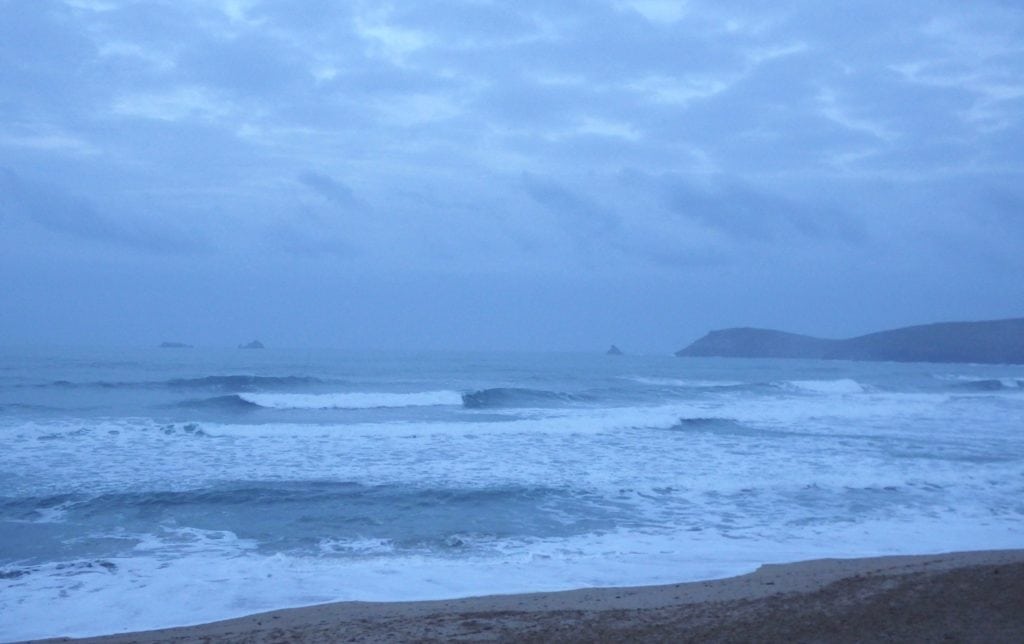 There’s a more sullen feeling to this morning’s mood, a grey canopy of mist-laden cloud clinging low to the horizon, a light breeze wafting along the coastline.
And the surf is rolling in, three to four feet of clean but bumpy, twitchy and hesitant peaks exploding into the shallows. It’s going to build, you can see it and you can feel it but right now it’s four feet, fairly close together and thick looking.
Give it a couple of hours for the tide to drift out a little and give it some shallowness and allow the breeze to settle, hopefully more offshore (north easterly) and then we should have another day of great surf.
Just choose your favourite break and enjoy! 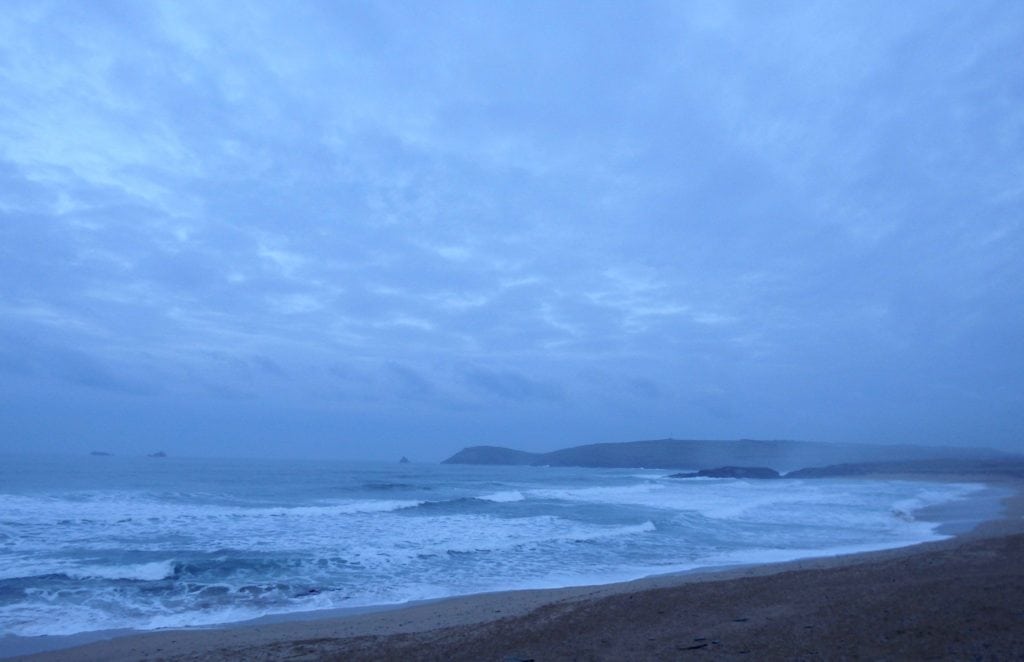 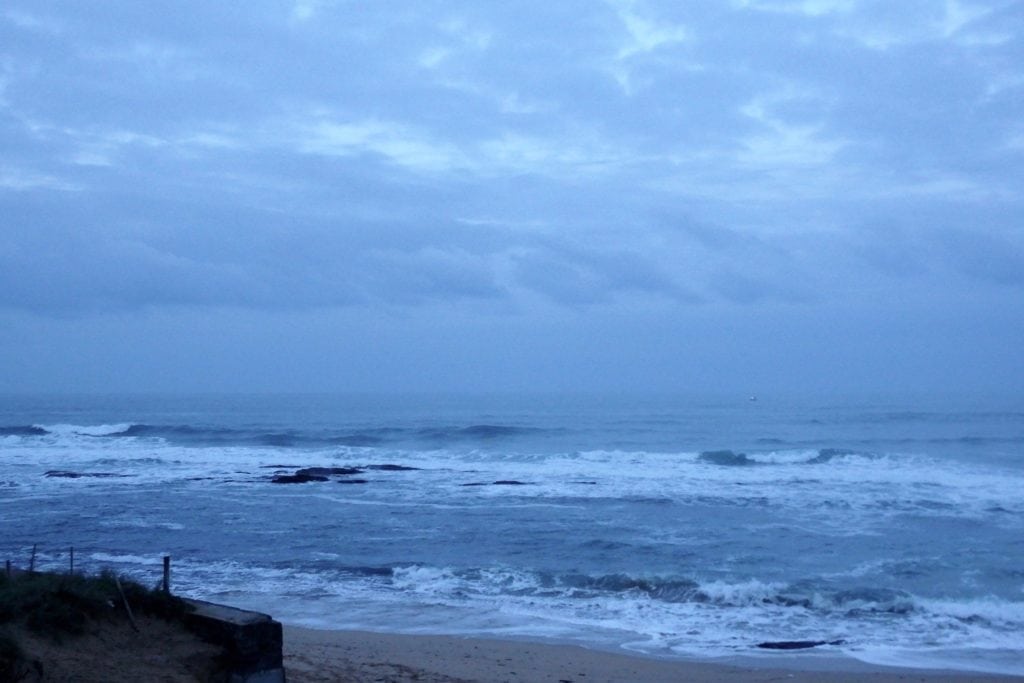 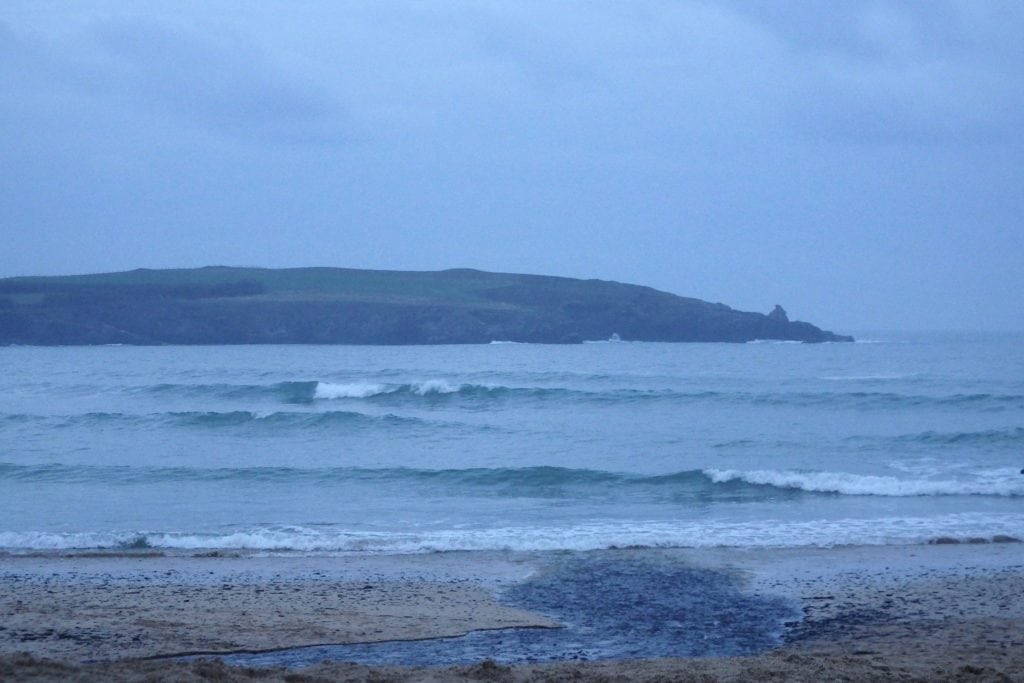 Harlyn has a couple of feet or so of surf this morning again, a little weak looking and a little wishy washy but that is probably mostly the tide.
Wait for the tide to drop out a little in a couple of hours and then it should be breaking a little crisper. But then that breeze is probably going to strengthen a little and it will be coming in from the north east, straight onshore here.
The other side should be fabulous, although it might get a little too big for itself through this afternoon. 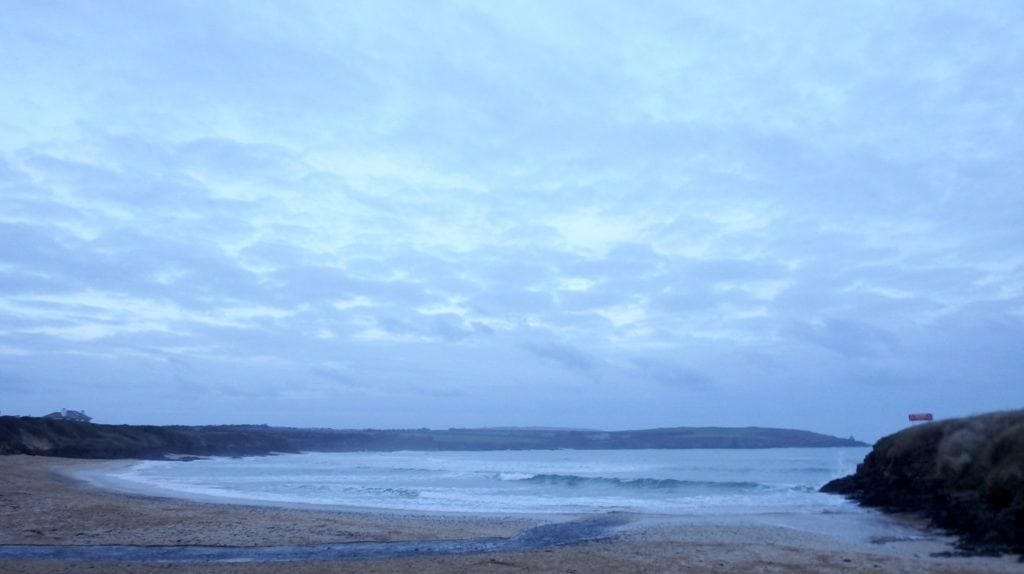 We should have one or two sessions filled with these beautifully settled and surf drenched conditions left before it all changes!
And the approach of that storm generating low pressure system is what has been producing all this lovely surf that we have been enjoying through the weekend.
So Monday should see some more four foot and clean enough surf building as the day goes on and getting into the ‘big’ range by evening. The light breeze gently blowing offshore through the morning, backing more to the north through early afternoon as those bigger and lumpier swells pour through.
Big but still clean and mainly offshore shaped surf should be pounding our way through Tuesday, throwing six to eight feet of gnarly waves our way, the wind again slipping more side to onshore through the afternoon, hitting south westerly later on and allowing Harlyn to strut its hollow stuff.
That wind will settle into that more characteristic south westerly blow through Wednesday as that deep low pressure system cruises our way.
So it will be ‘Hello Harlyn!” for the rest of the week with big and lumpy, windblown swells being thrown at us, probably getting real big and thick and heavy for Christmas!!
Have a great week, wherever you are and whatever you’re doing!