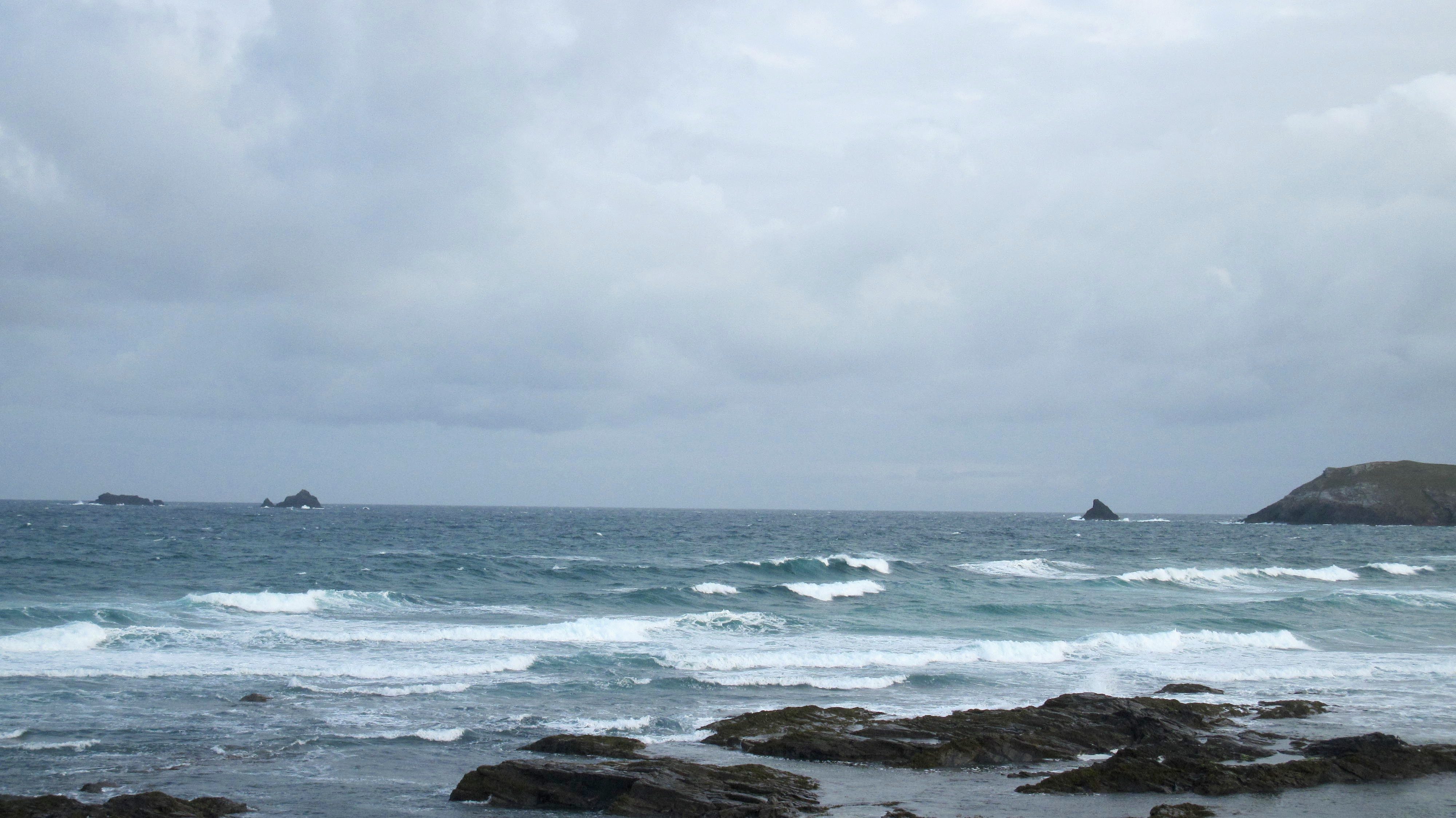 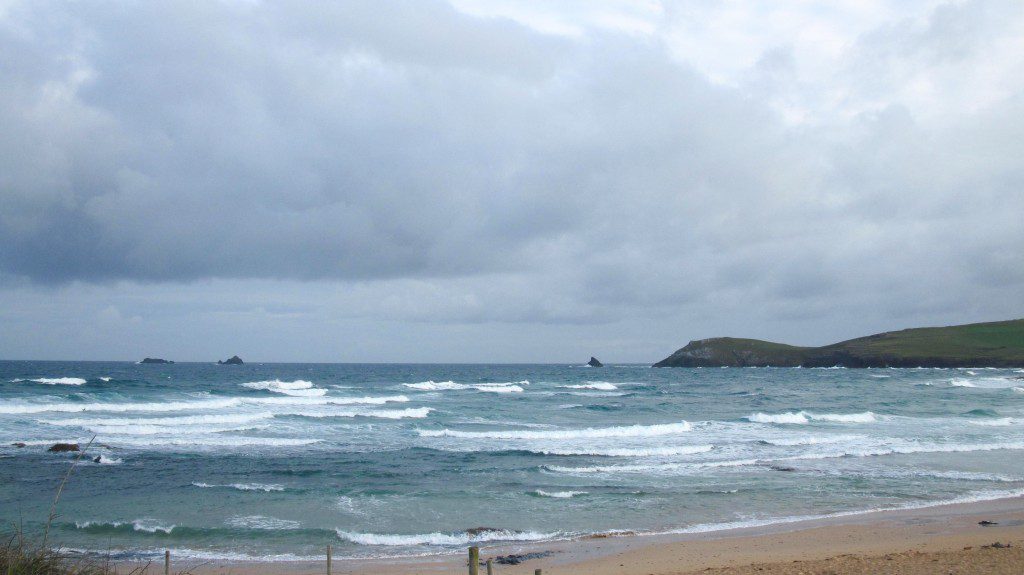 A breezy but so far bright morning is whistling by but you can see those dark clouds of Mordor off in the distance, waiting to pounce, waiting to bring some heavy dampness our way.
But in the meantime, the wind is gusting from the west sou’ west, already showing some signs of increasing in strength and slopping out the surprisingly small, two foot surf. It’s dry enough and mild enough so far but all of that is going to change and quite quickly too!
I would imagine that by this afternoon there will be some gale force winds blowing an increasingly stormy sea, while heavy rain lashes the coast.
And so the surf should increase in size but it is likely to be a bit of a ’no-go’ area on this side of the headland, Harlyn starting to come into its own.
Let’s have a little look over there and see how it’s shaping up….. 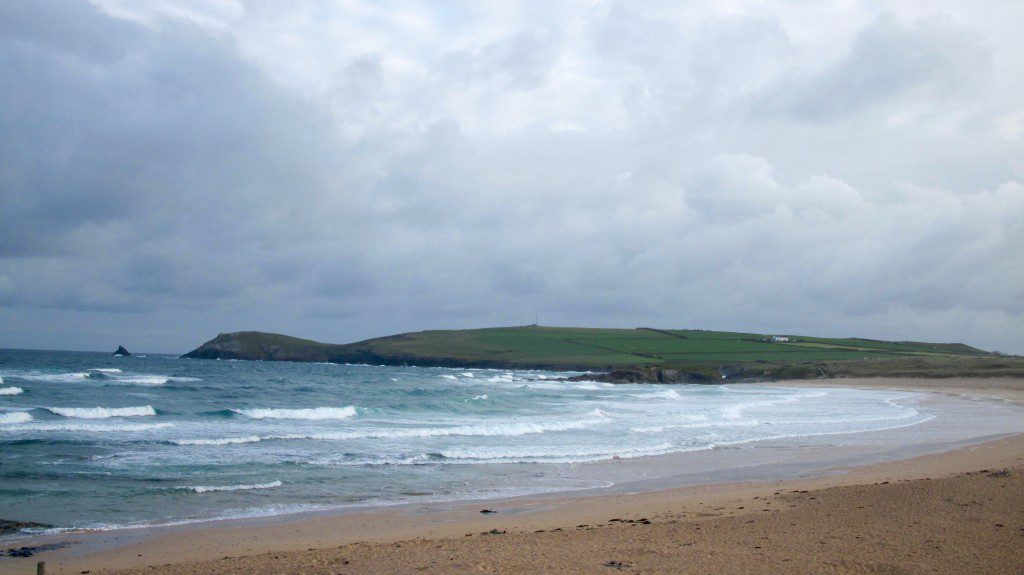 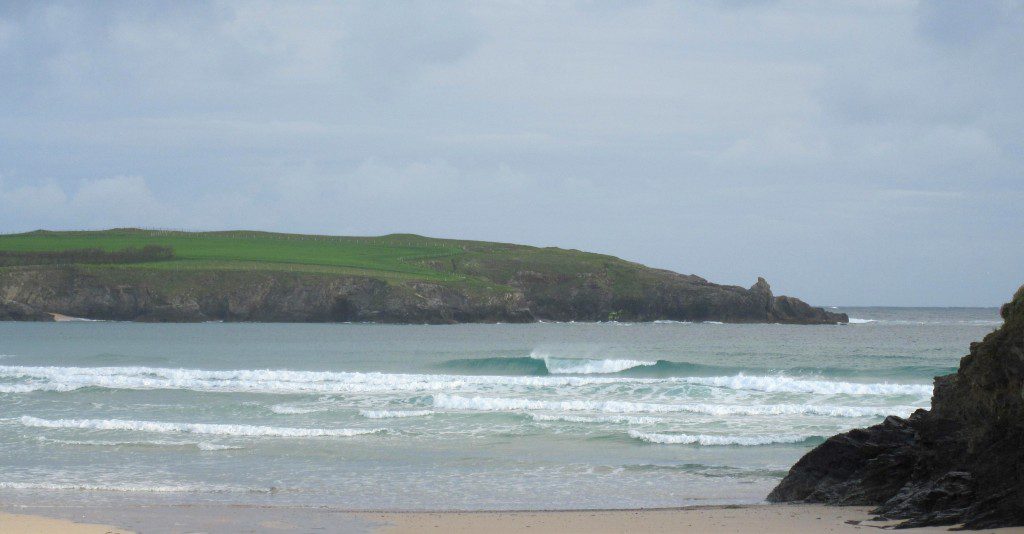 There are some very pleasant looking little waves crashing in over here this morning on the dropping tide, a foot or two of windswept and turquoise, curling little snappers.
That foot or two is likely to change as the tide turns just before midday, this afternoon should see a significant increase in size.
The wind is set from the south west but is likely to blow itself into a bit of a hooly by this afternoon. The dunes should protect the wave to some extent but it is still going to be a wild and windy affair to there.
Let’s hope that the swell builds as it should but the wind holds back a bit! 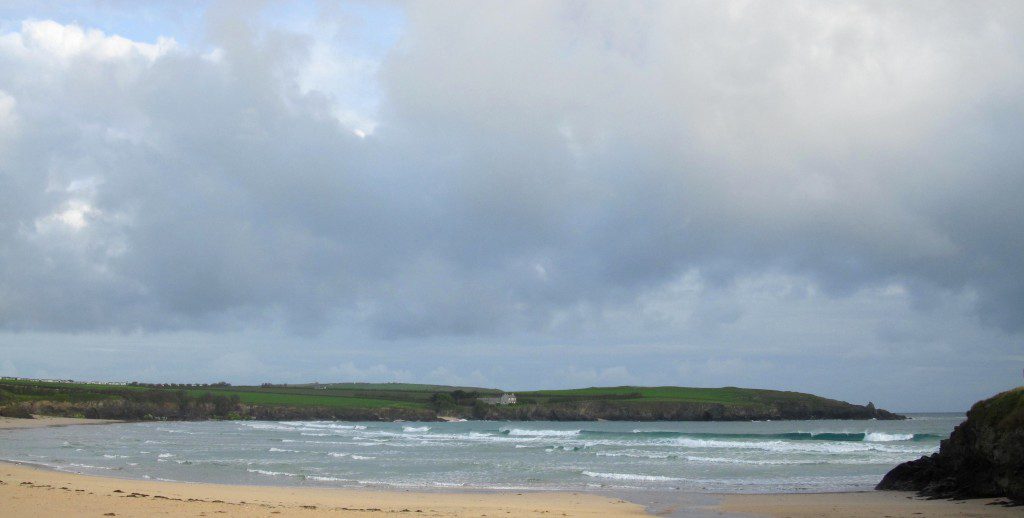 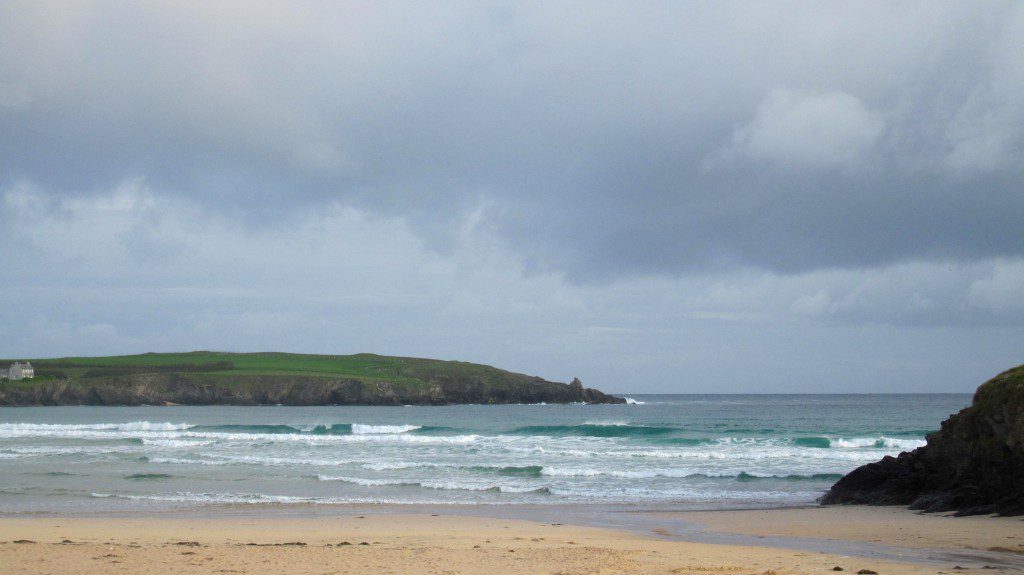 We should be seeing a bit more of a solid swell thumping in today, five to six feet of thick and rolling swell being pushed along by that still strong south westerly wind.
Our only option locally for some reasonable surf is going to be at Harlyn again, a thumping and grinding four feet of surf in a hard blowing offshore wind. There should be some grinding and hollow barrels to be had out there all day long, the wind only easing gradually through the day.
It could just be board snappingly good at Harlyn today!

Stormy and windswept conditions are going to start this week, those gusting onshores veering north westerly, then south westerly and then back to north.
So we should see moments of bigger surf bumping into the bays at the start of the week, all windswept and angry, rain lashed and grey to start but brightening and lightening quite quickly.
Harlan should start to shine through Monday, grinding into action through Tuesday with some bigger and barrelling waves to be ridden in those stormy winds.
And that’s going to be the way of it right through until midweek when brighter conditions and an easing wind start to signal something better on the horizon.
It should be a different world by the end of the week!
But first we will be noying a bumpy few days of wind driven and choppy surf all along this raggedy little coast of ours!
Have a great week, wherever you are and whatever you’re doing!