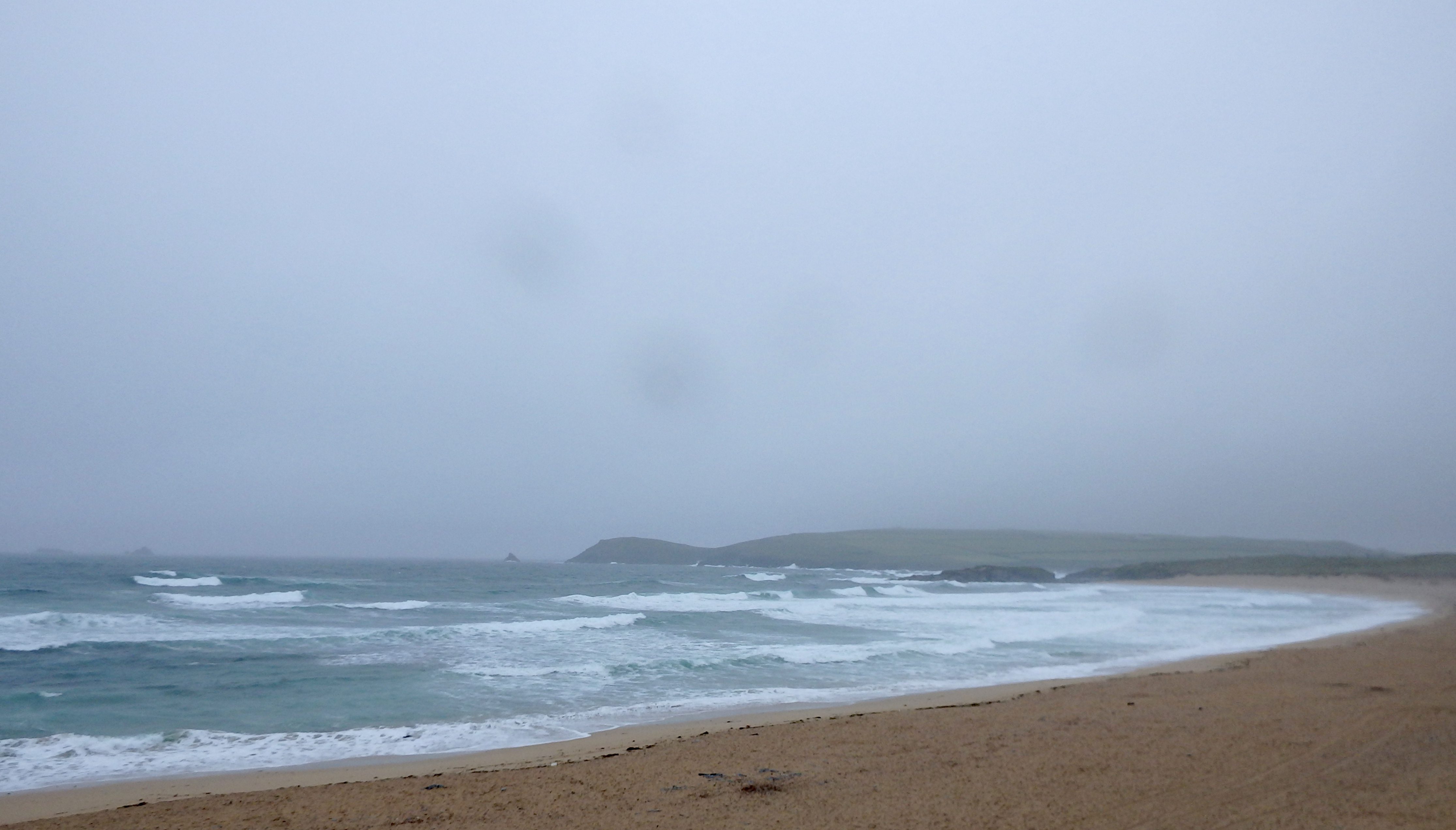 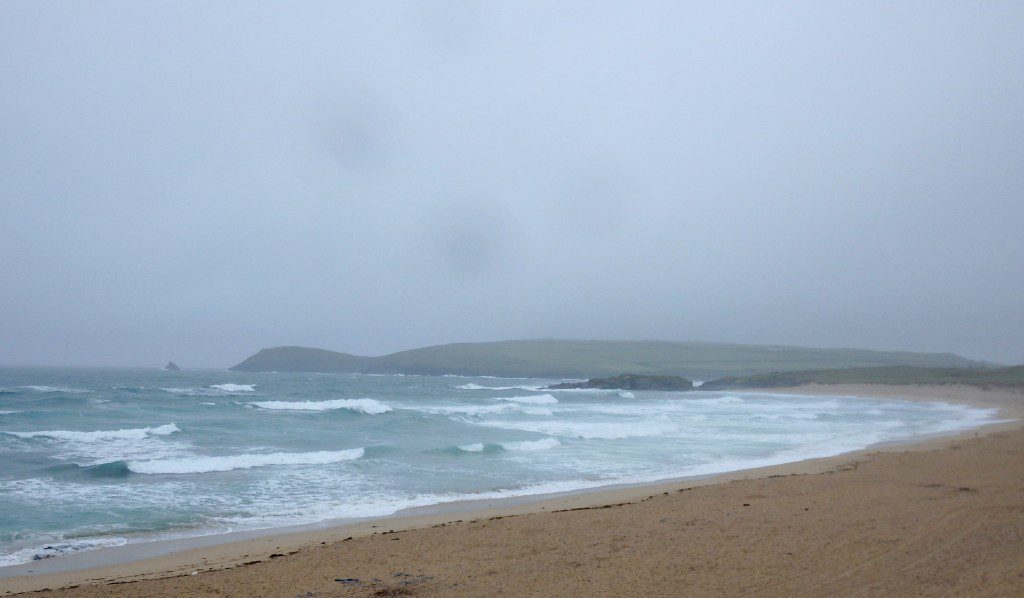 A sullen and rain-sodden morning is teasing our attempts to categorise the seasons as this Summer Solstice weakly whimpers in at the official start of Summer.
Yes, a wet ’n windy day is unfolding about us in the murk and dampness of something more wintery, the surf a mixed up mess of onshore blown junk.
Three feet or so of broken and bumpy swell lines are faltering their way to the beach, a hesitant twitch in those wave lines just to appeal even less. But the wind is more westerly today, maybe with a touch of south to it, so let’s have a little look at Harlyn to see if that is more interesting……. 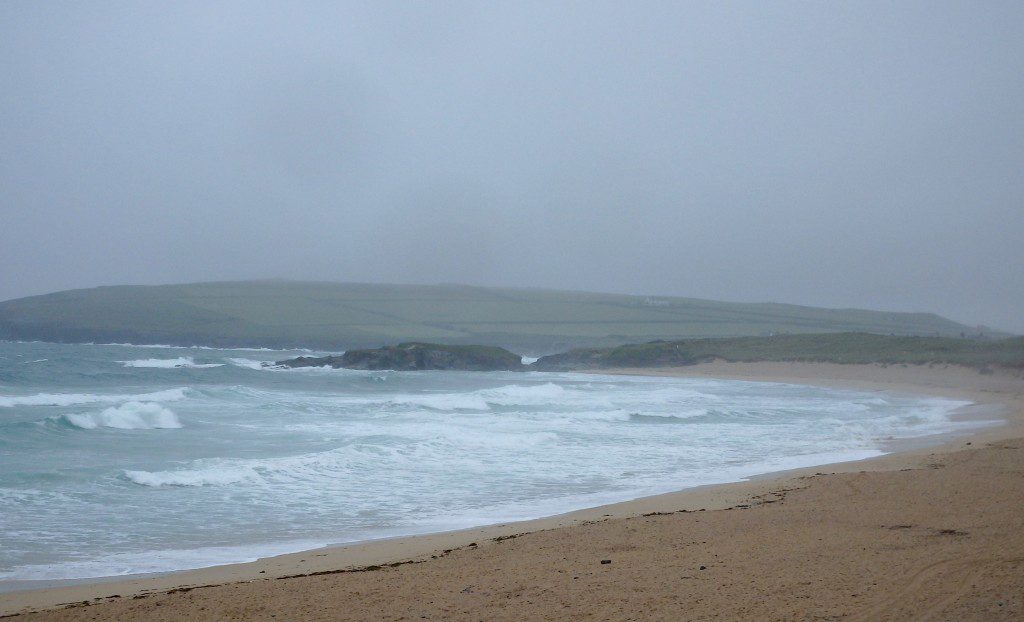 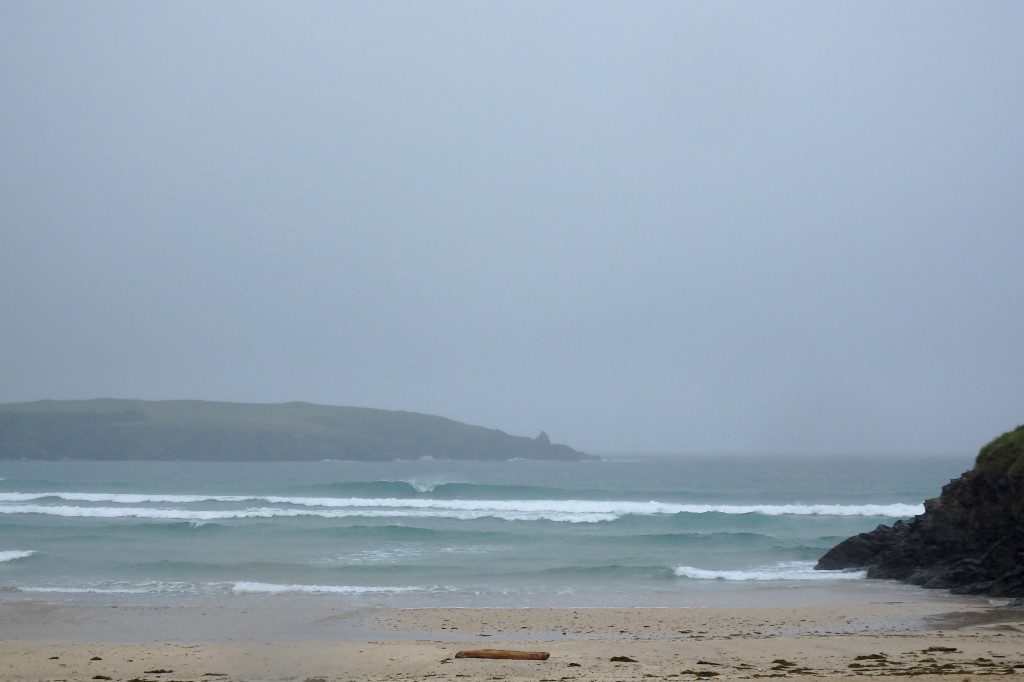 Small but clean lines of smooth faced little waves are gliding out of the rain faded murkiness of a summer solstice her this morning.
There’s a foot or maybe two of clean and soft looking little waves splashing their way ashore, tempting the longboard glider in all of us. But the tide is dropping and the wind might change so it might not stay like this for long!
The sun is forecast to break through by lunchtime and although the wind is likely to back to the north west, it should also weaken in strength. And so there is the chance of something better later but it will probably be better on the other side by then too! 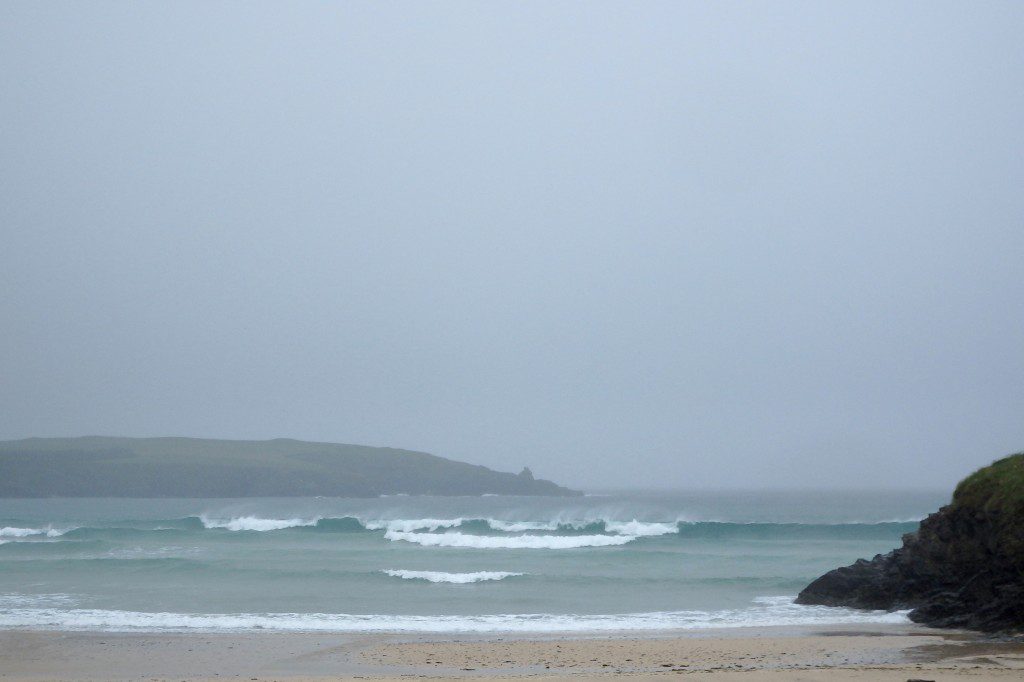 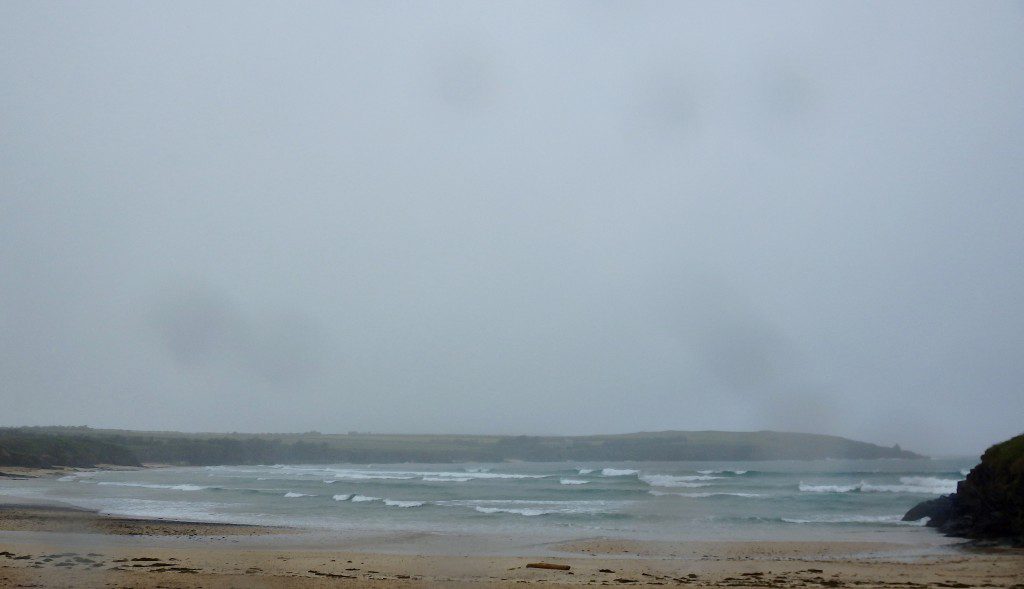 Lighter breezes are forecast for today drifting in more from the south west and south, along with a fairly well travelled three foot swell.
That should produce some okay surf conditions at our main surf breaks and some really small but very pretty conditions at the sheltered spots. It might even be just a little brighter than it has been too!

A new three foot or bigger, teen sized wave-period swell should push through to start this week, the wind onshore but relatively light.
There might just be enough swell getting around to Harlyn on Monday morning to keep most people happy, a couple of feet or so and clean to start with, the wind starting out offshore at Harlyn but drifting to more of a sideshore blow by early afternoon.
Light winds will drift onshore as the week unfolds, that swell keeping up its steady but smaller, two to three feet rhythm as it pours our way.
The weather is likely to continue to be mixed but should settle as the breeze eases more to the south through midweek.
We might just be enjoying some small but super clean conditions by Wednesday and the end of the week is starting to look bright and cheerful with the promise of small but cleaner surf.
But that is a long way off yet.
In the meantime it looks like we have a few days of fairly typical British summer surf to play in!
Have a great week, wherever you are and whatever you’re doing!