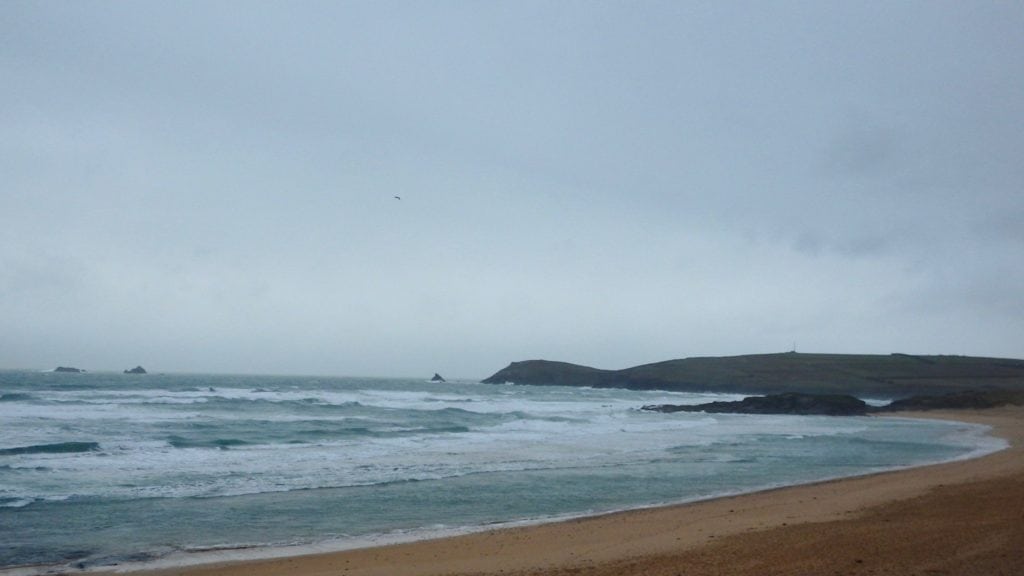 It’s dark and it’s windy and it’s damp and it’s chilly. And the surf is junked out again, that biting sou’ westerly wind battering anything that thinks it could turn into a breaking wave.
Four to six feet of windblown slop is the best that we can expect here today!
but this wind is offshore over at Harlyn…… 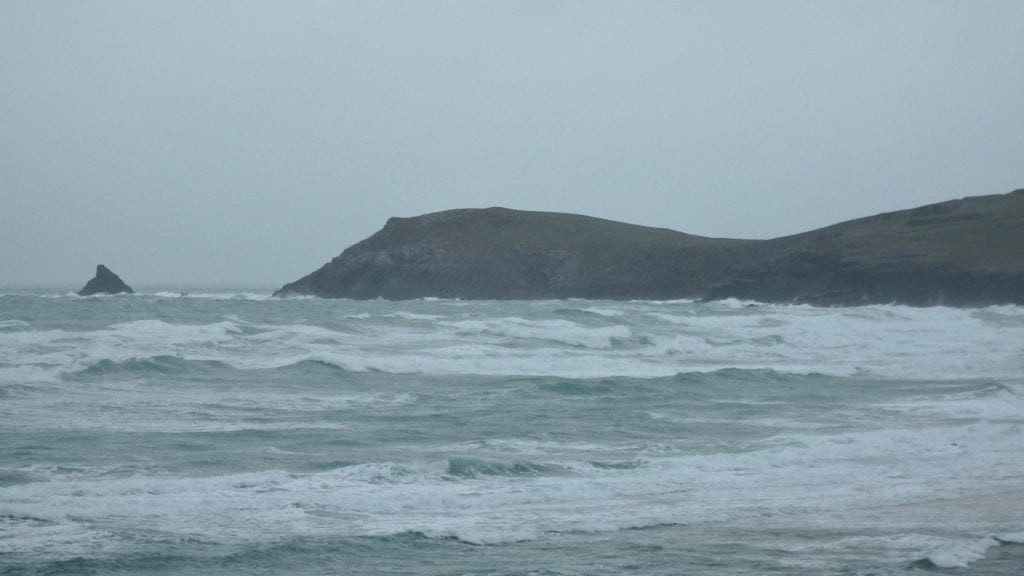 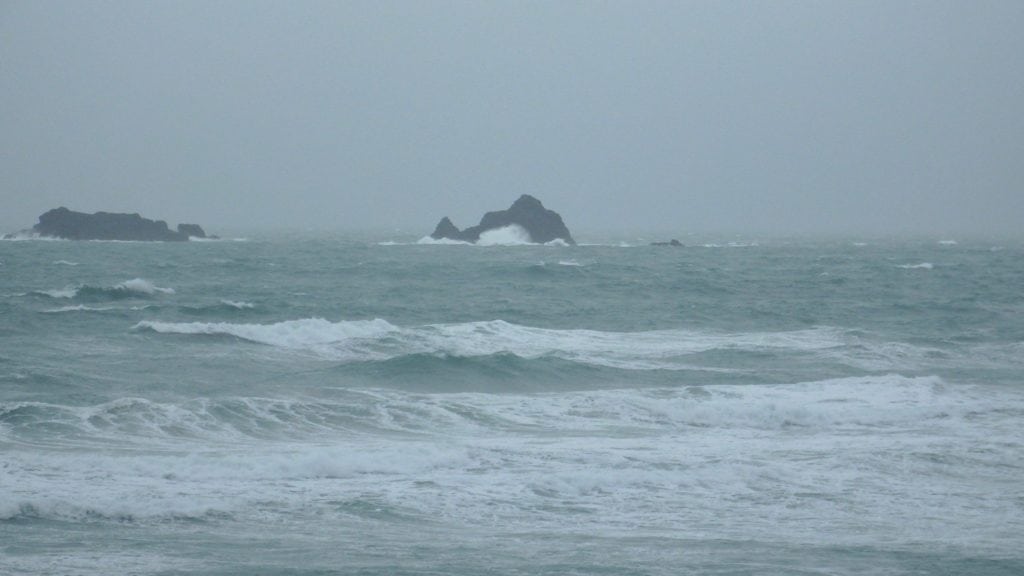 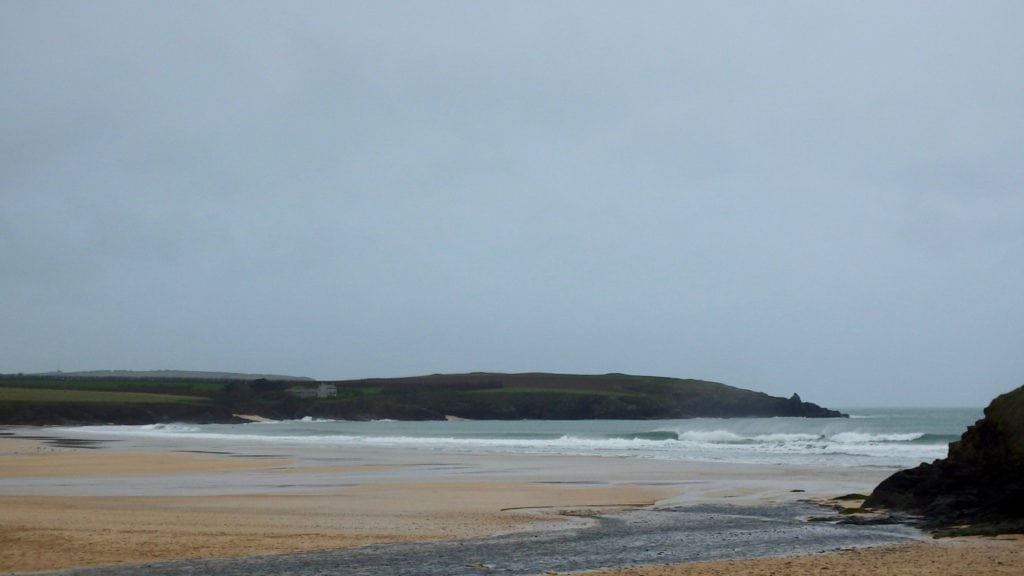 Some smooth and hollow, snappy little  ones are cracking onto the sand here this morning, the tide halfway out on the drop, that hard blowing south westerly wind helping to hollow the two to four foot barrels.
There are a couple of guys in way down in the corner and they’re picking up one or two leftover but fun looking little peeling tiddlers.
This afternoon’s incoming tide will push the size up a bit but that wind is forecast to veer northerly through the afternoon as well and that will make for choppier conditions!
I think that if you want it, you’d better get on it sooner rather than later today! 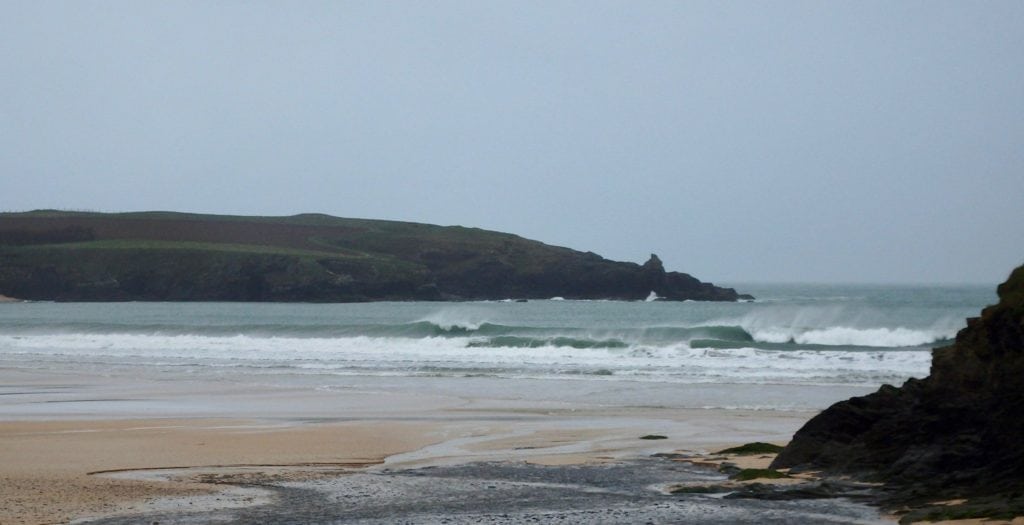 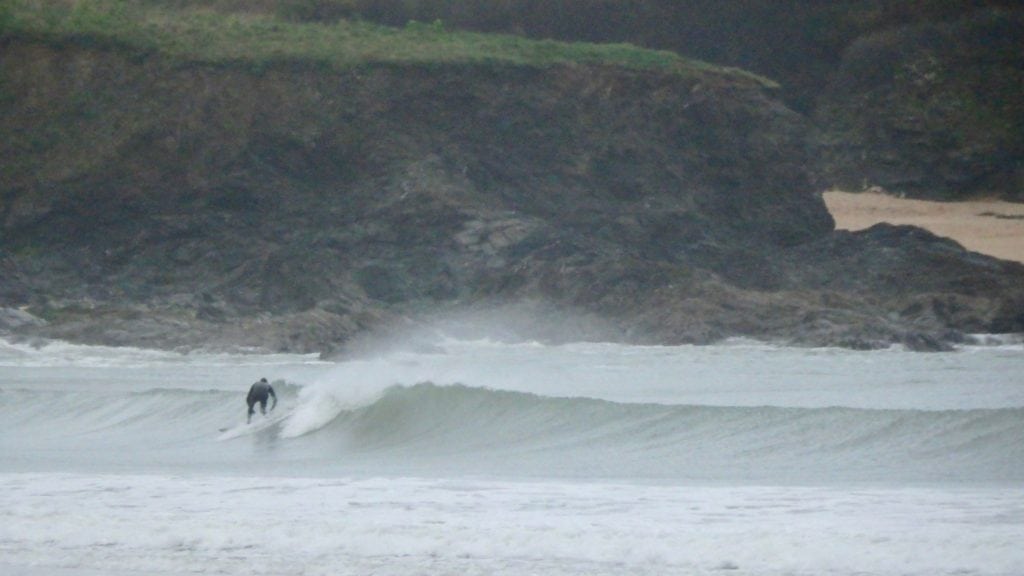 Another Harlyn day awaits with a strong blowing south westerly wind pushing in more big swells!
A day of board-snapping fun awaits amidst the very mixed weather and blustery squalls!

Those blasting winds of the weekend are only reluctantly going to leave us alone, still gusting through at the start of the week after giving us some hope of calmer during a brief easing during Monday evening. But that gusting north westerly will be back for Tuesday morning although it should veer south westerly soon enough and that will transform Harlyn!
So Harlyn will be showing some style again through Tuesday afternoon and that should keep us going well into midweek.
And then it might just be a while before we need to trek over the headland to Harlyn again as the wind calms and switches direction, while the swell size dies.
Yes, we can expect calmer, brighter and much more fun conditions to kick in for the back half of the week, the swell easing to small and then to tiny but only for a few hours. A new swell should be with us for the weekend!
So we have light offshore breezes and bright sunny weather with decent rolling swells to look forward to at last but maybe not until the second half of the week. And it does look like it’s here to stay a while too!
Have a great week, wherever you are and whatever you’re doing!