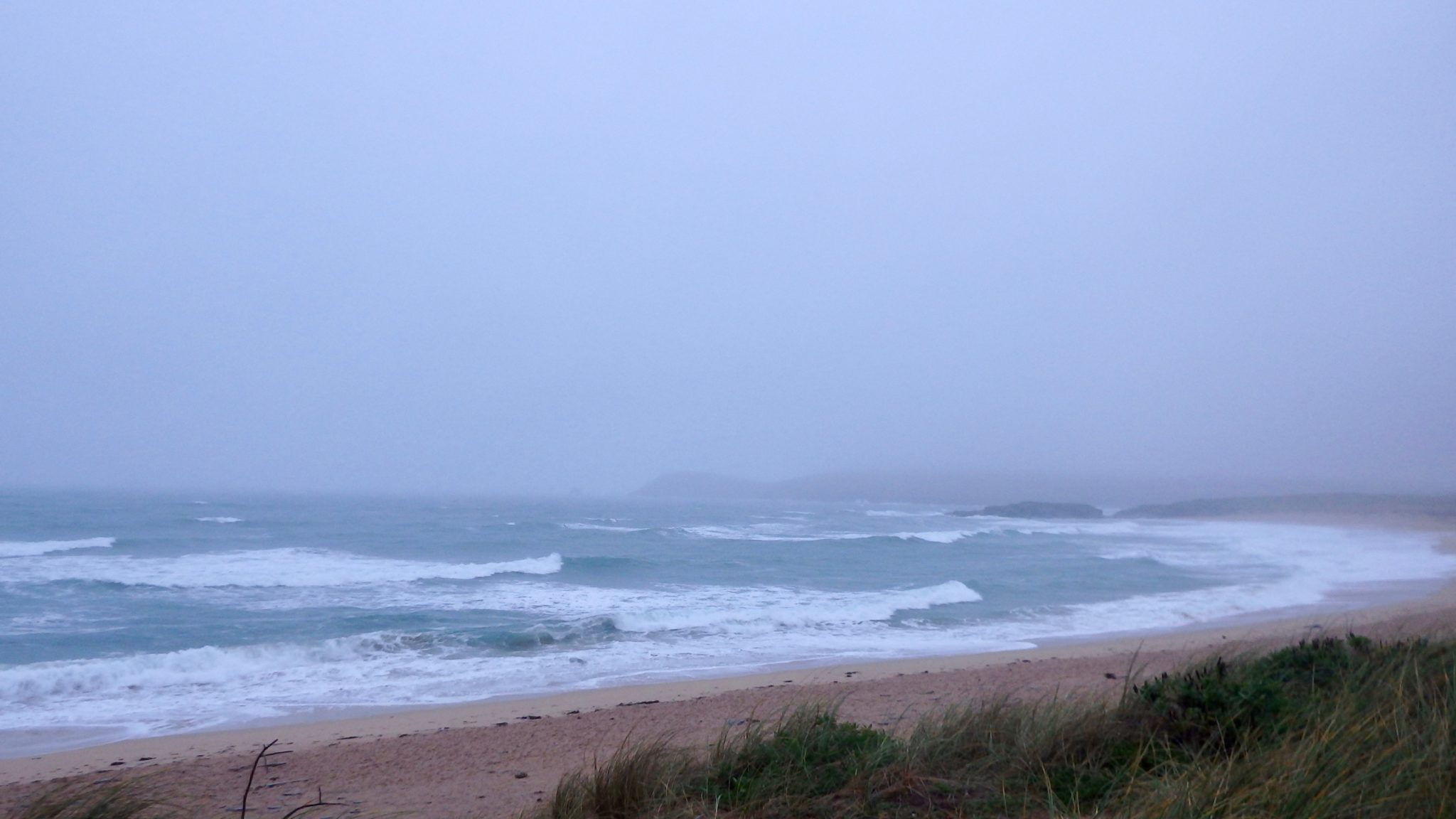 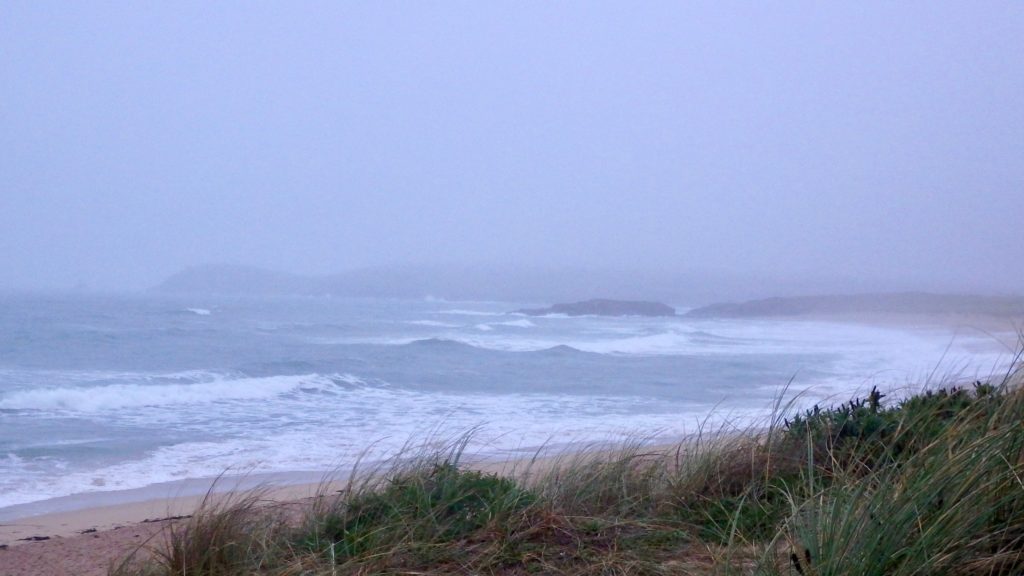 A snug and cozy, low viz kind of day is wrapping us in dampness this morning with a proper Cornish mizzle settling over the headland, a blanket of grey wetness surrounding us.
Three to maybe just a big bigger than three feet of lightly slopped and chopped, bumpy and lazy looking surf is wandering into the bay.
It’s not that attractive nor inspiring yet but there are some junky peaks stumbling around out there.
It is likely to brighten up later and the south westerly wind should relax too but it will most likely still stay sloppy and choppy really.
Let’s see if there’s enough surf getting into Harlyn…… 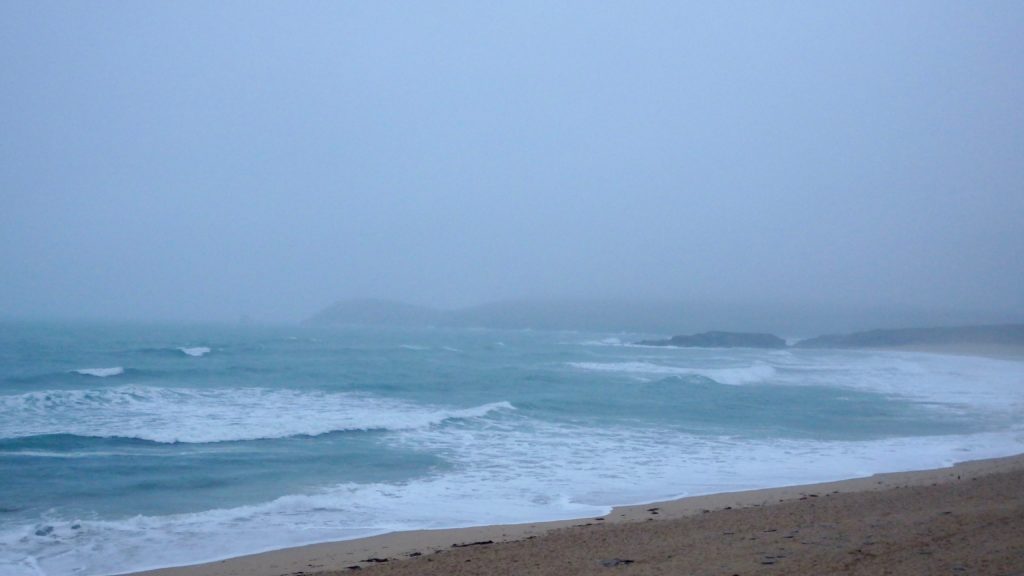 A foot or just about two of hesitant little waves can be seen tumbling their way through the mizzle and murk onto the high tide sandbank.
Those waves are small but they should build in size as the day goes on and this south westerly wind looks set for all day.
But give it a few hours and I wouldn’t be surprised to see the skies clear, the wind ease and the swell to build.
Well, that’s the plan anyway! 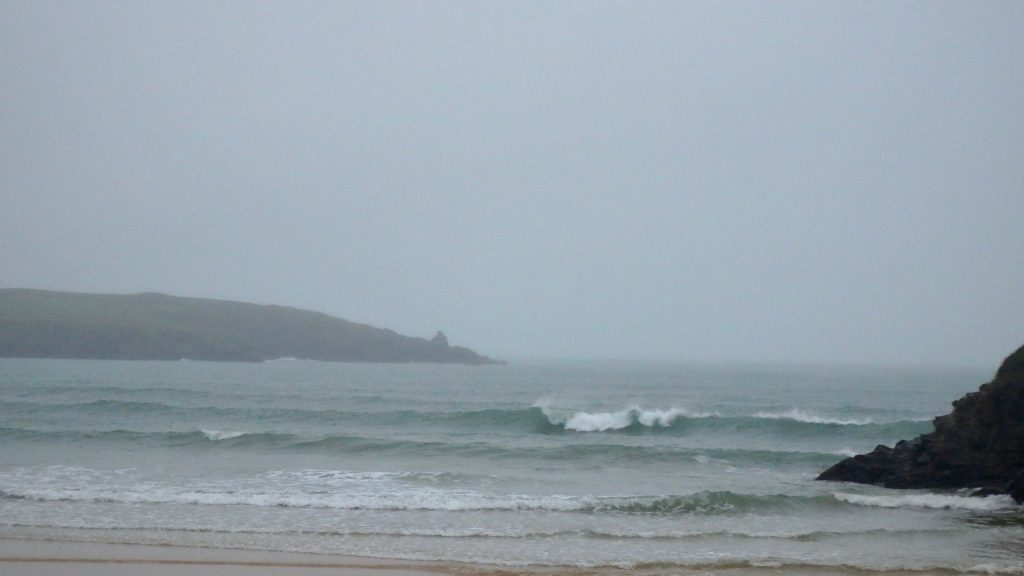 That south westerly wind is likely to re-strengthen today, pushing in a rolling and tumbling, thicker swell.
We should be seeing some six foot and bigger swells at the main breaks, all slopped and chopped by that wind with three to four feet of much cleaner (and hollower!) surf getting into Harlyn.
It should be fun!