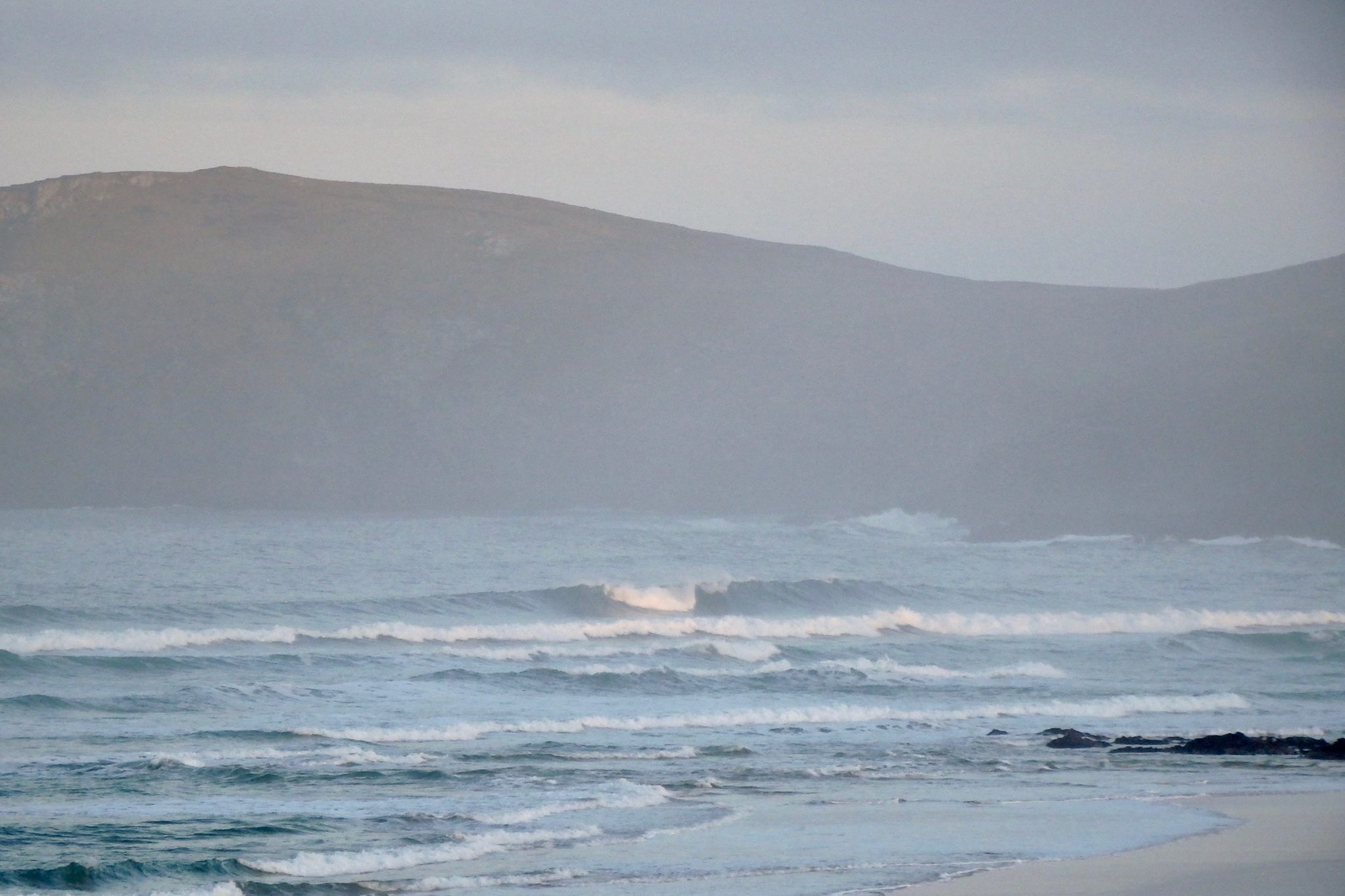 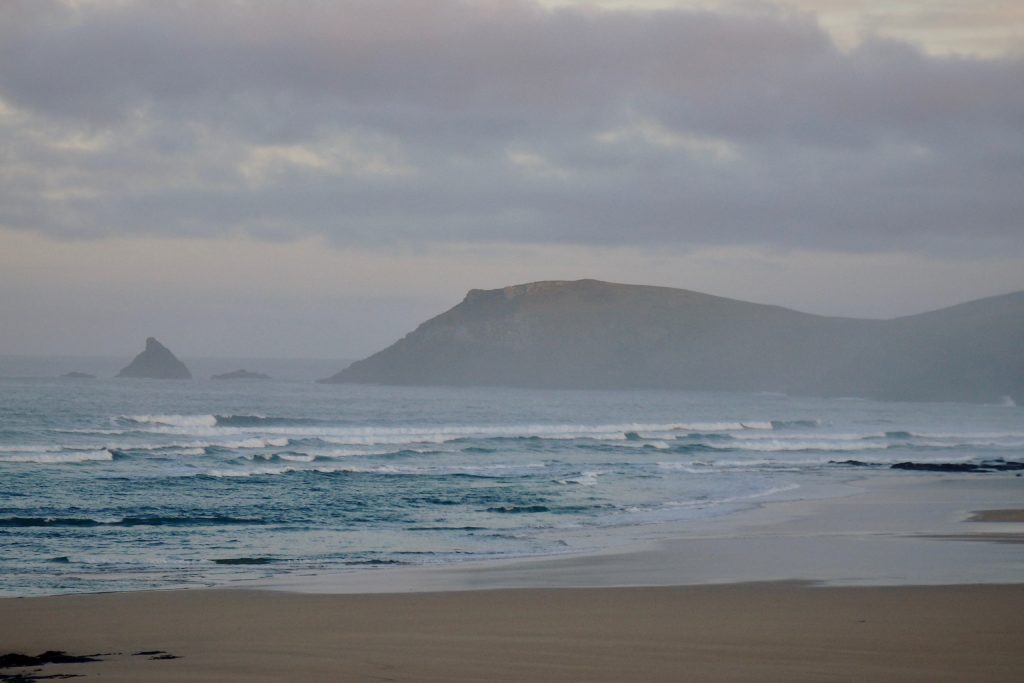 Two to three feet of bumped glass surf is gliding through a pleasant haze and mist on this almost spring like morning.
And what a difference a week makes!
It was thick snow that greeted us this time last week while this morning’s brightness and mildness is filled with the promises of early Spring pleasantness.
A light westerly breeze is only lightly ruffling and crumbling an otherwise clean and glassy, lumpy little swell that is tripping over the shallow banks at Booby’s.
The sky is bright and clear, the surf is pleasant enough and the pre-Easter beach is pretty much still deserted.
#gosurfnow 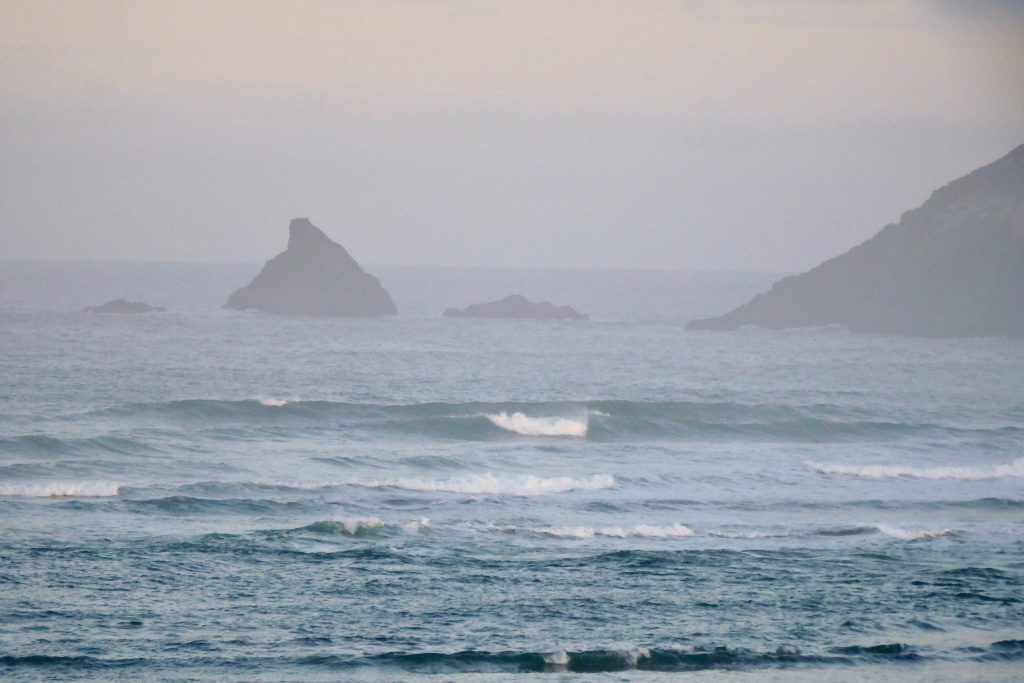 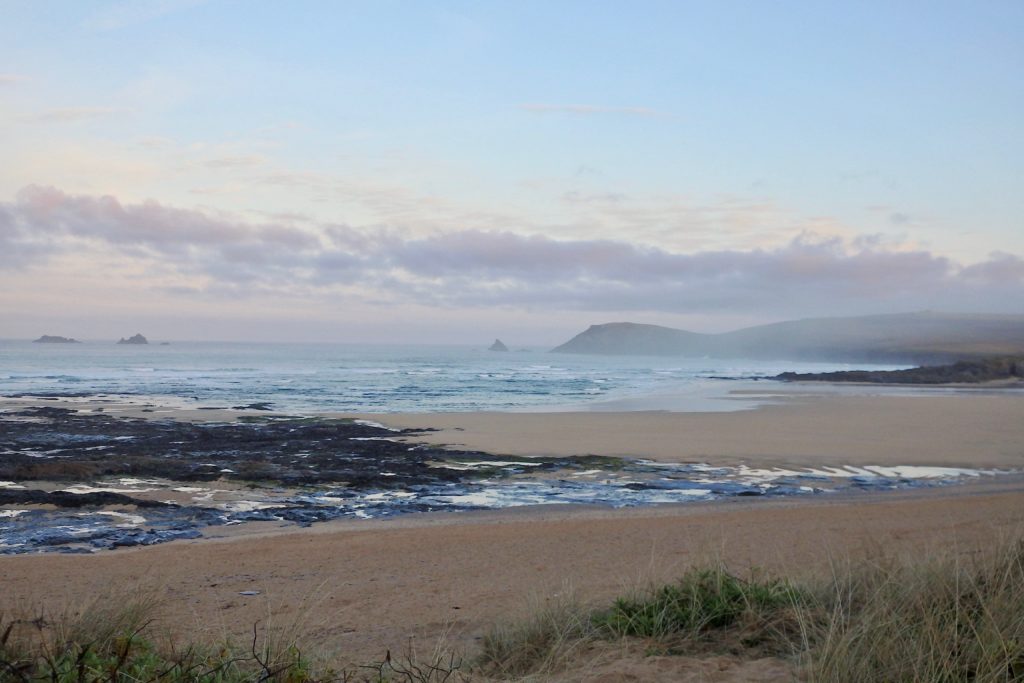 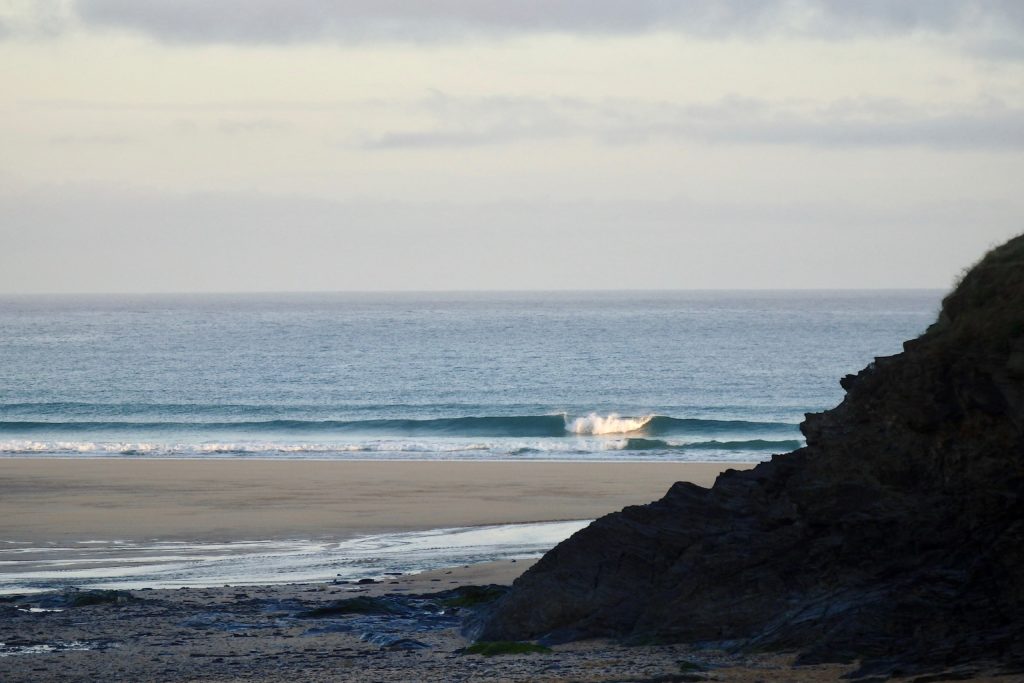 Real small waves are shuffling through the early morning haze to trip and fall onto the hardened sand of low tide Harlyn.
The water is smooth and blue and those little waves are curling and crashing beneath that clear and sun filled sky.
It is pretty but the surf is tiny. 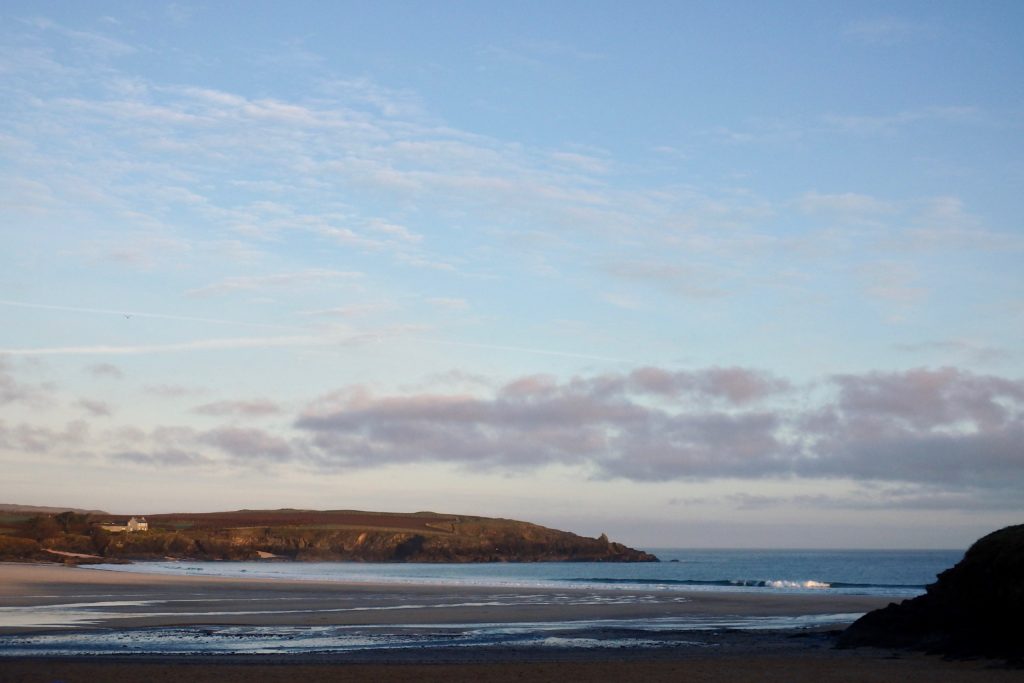 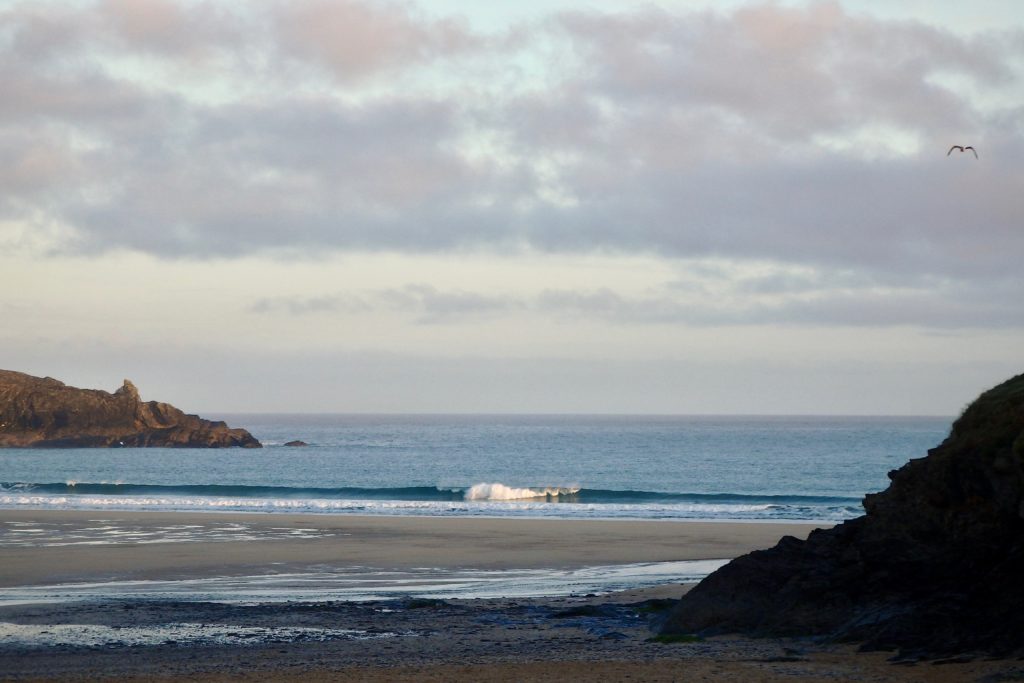 Westerly winds will be pushing away the morning’s clouds quite quickly while also barging some bigger waves our way.
Four to five feet of thick and lumpy surf is likely to be blown our way, crashing through the main surf breaks, a little more controlled at Harlyn and similar breaks.
The afternoon might just be a lot better than the morning!

Westerly going, yes you’re ahead of me, north westerly winds are going to push the swell up after a slow start on Monday.
So, onshore junk surf is going to be on the menu all the way through to midweek, probably in the four to five foot size range but a lumpy and bumpy four to five feet!
The back half of the week should show some more southerly winds, maybe allowing Harlyn to find some shape, all the time the weatehr trying to make its mind up and flittering from gloomy, wet and miserable to bright and cheery and kinder to the surf. And all that could happen twice daily!
But the Easter Weekend is staring to look fabulous with light offshore winds and loads of sunshine starting to show on most forecasts!
But let’s not get ahead of ourselves!
Have a great week, wherever you are and whatever you’re doing!