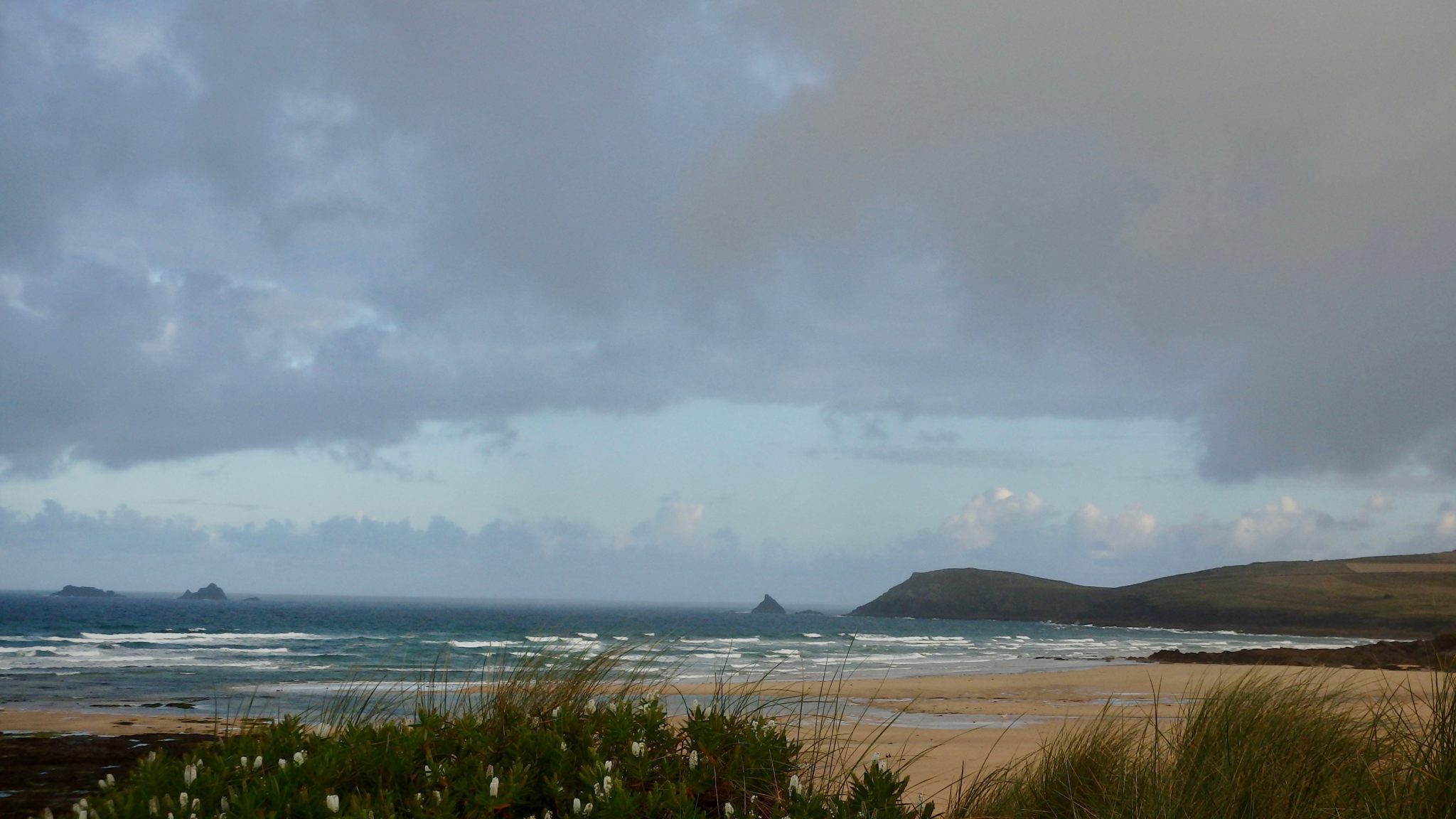 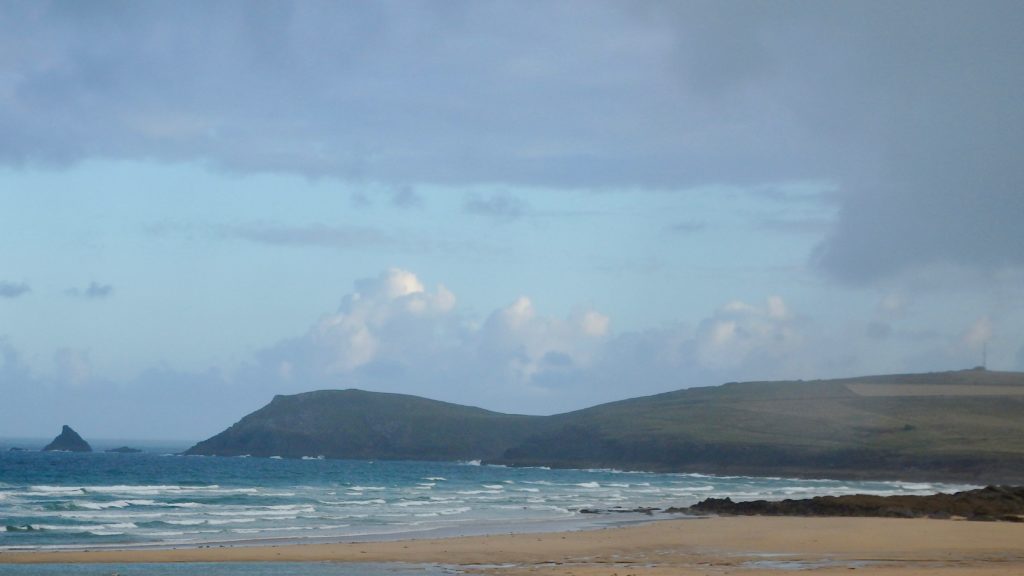 Another blustery and chilly morning is promising some brightness but along with that constant threat of some heavy downpours too.
Dark clouds are marauding in groups but with wide spaces of blue between those groups, maybe suggesting that there’s brighter to come!
In the meantime the wind is steadily blowing in from the south west, buffeting and battering the two to three feet of wandering surf, just nudging those waves into breaking earlier than they should.
We’ll get some surf ridden today but it’s not going to be great! 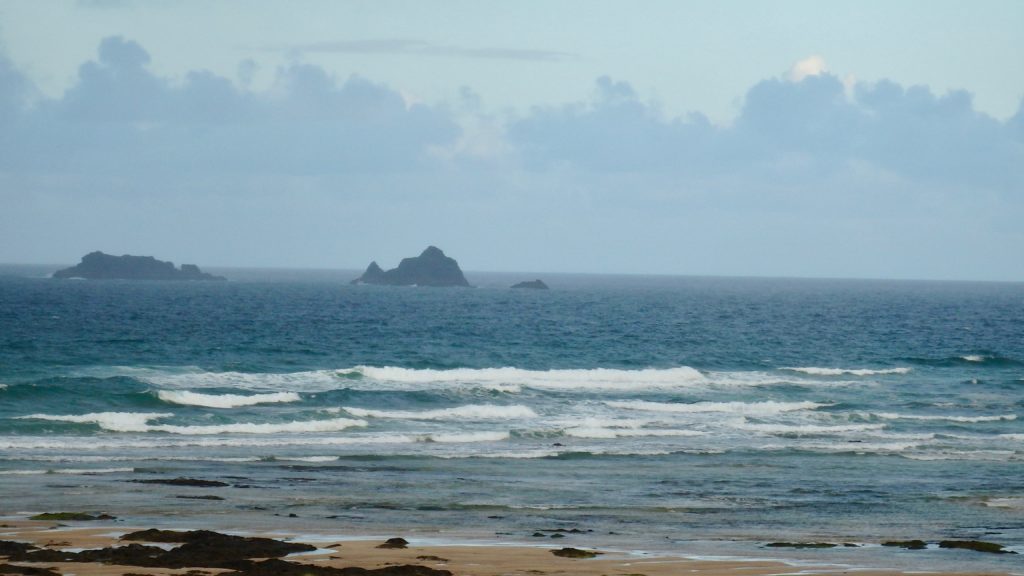 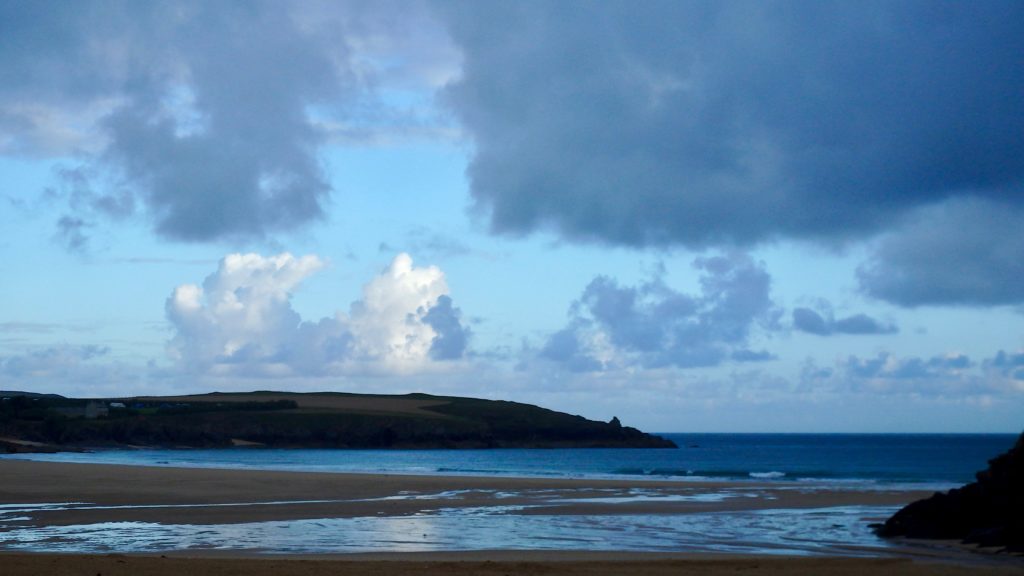 A foot or so of smooth faced and snappy little waves are shuffling onto the low tide sand.
We can hope that the size will increase, if only a little, with that slow moving tide but it is unlikely to get to much more than knee to waist high. So that will prompt the decision as to whether to play in these small but smoother little waves or go over the headland to paddle through the chop for bigger but junkier, choppy surf over there!
It is nice to have a choice though! Those steady south westerly winds are set to continue to blow our way all day long with a high risk of some intense showers and a choice of mediocre surf to play in. The West side will be in the two to three feet and choppy range agin while the sheltered spots should be a foot or two but much cleaner.
Those showers are likely to still be stalking us but otherwise it should be bright enough to be considered a summer’s day.

South westerly winds are dictating the surf and weather this week pushing any yukky weather away quite quickly while also strengthening that mix of broken waves that should be rolling our way.
So we will be facing the choice of surfing bigger but choppier west facing surf breaks or trimming across those snappy little close-outs at Harlyn or other wind sheltered spots.
That’s through the first half of the week anyway but watch out for some much bigger surf through the back half of the week.
By Thursday we should be enjoying some bigger waves, possibly getting into the ‘real big’ range by Thursday evening or Friday morning. But all the time with that sou’ westerly wind blowing hard, a lot of surf breaks becoming a choppy and unpredictable mess.
It does look like a Harlyn week for most of us this week!
Have a great week, wherever you are and whatever you’re doing!