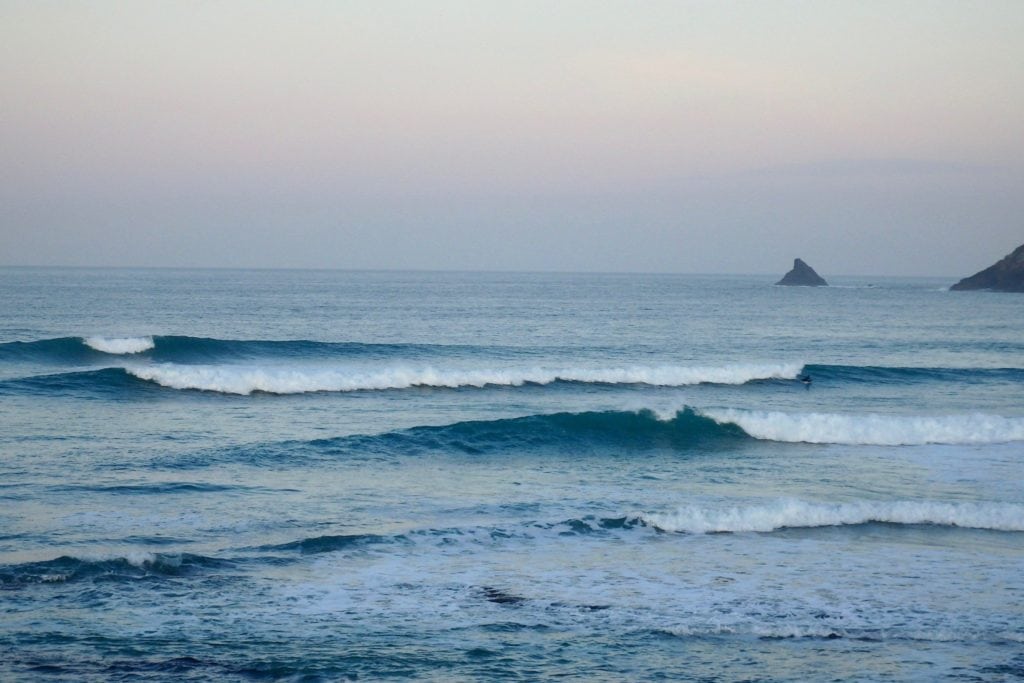 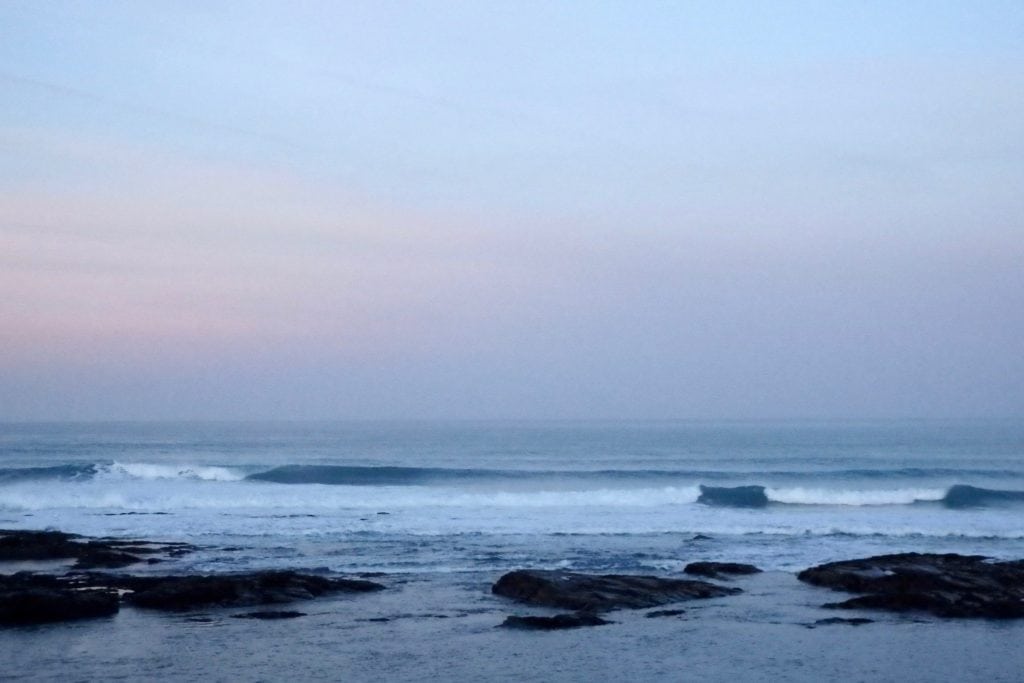 It is a stunner of a morning this morning, the sky is clearing to an ice blue sheen with a sunrise explosion dawning on the far horizon, the breeze whispering offshore, delicately dancing across the faces of a three to four foot autumn swell.
Swell lines are swinging evenly into the bay, a smooth and rhythmic tempo to those three feet and curling waves as they stand tall and vertical before exploding their way across the beach, those less frequent and much bigger set waves roaring with energy.
The tide is on the drop and so the size is likely to ease a little as we go along, probably dropping to a couple to three feet by mid-morning but right now it is pretty much as good as it gets!
We might be closed a bit today! 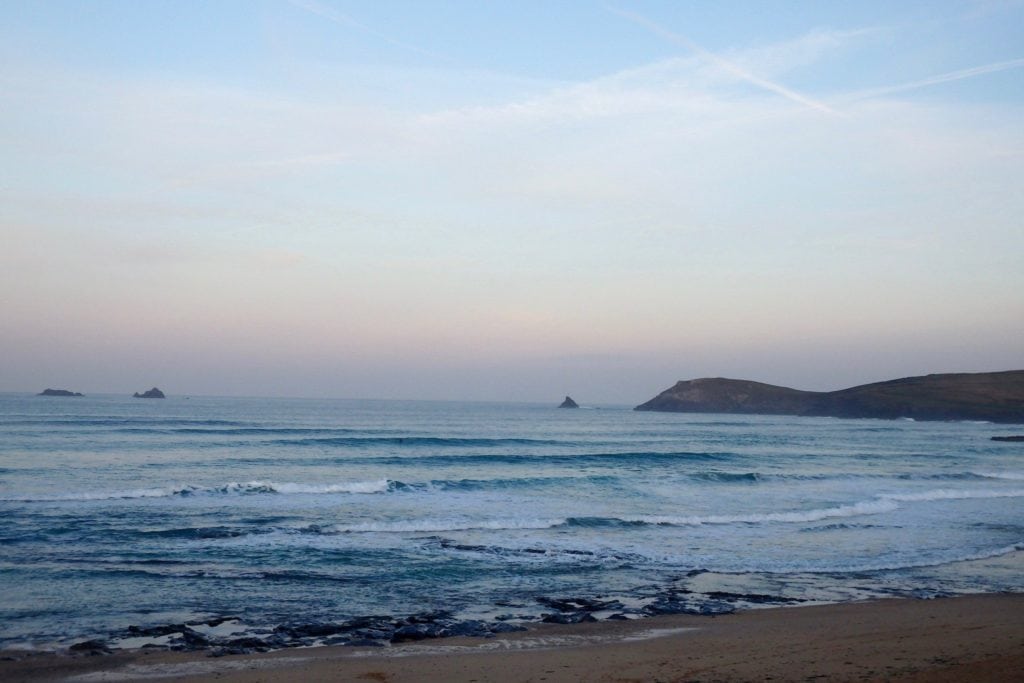 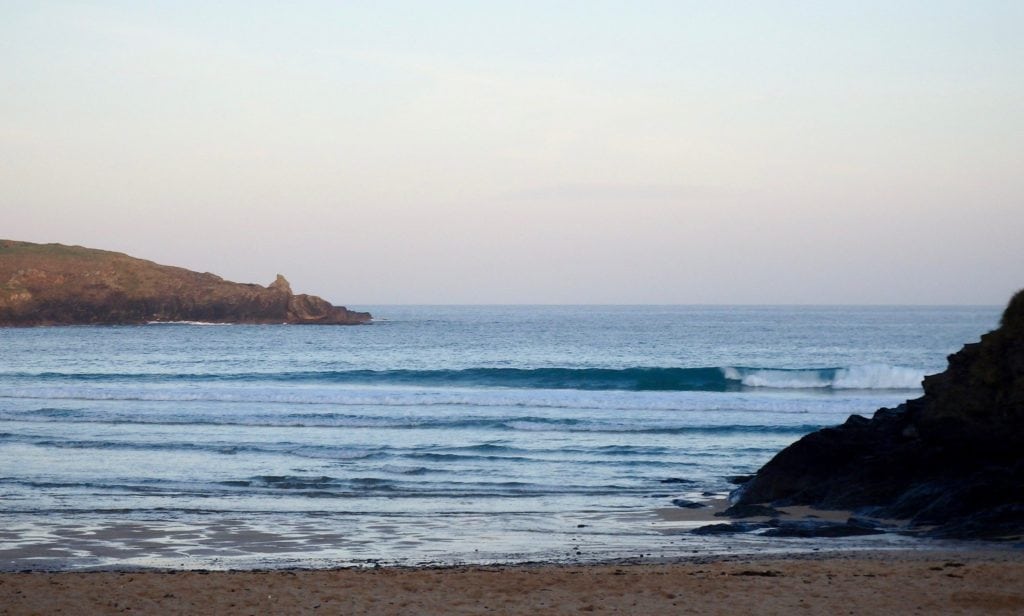 A foot or two of slightly sloppy little waves are still pushing through here on the tidal drop, that early morning Indian Summer sunlight twinkling off the faces of those frustratingly infrequent little waves.
The other side is the place to go surfing today again but ether are little waves washing in here every now and agin if you’re that keen!
And of course it is fabulously beautiful just to be here on this brilliantly sunshiny, gorgeous day! 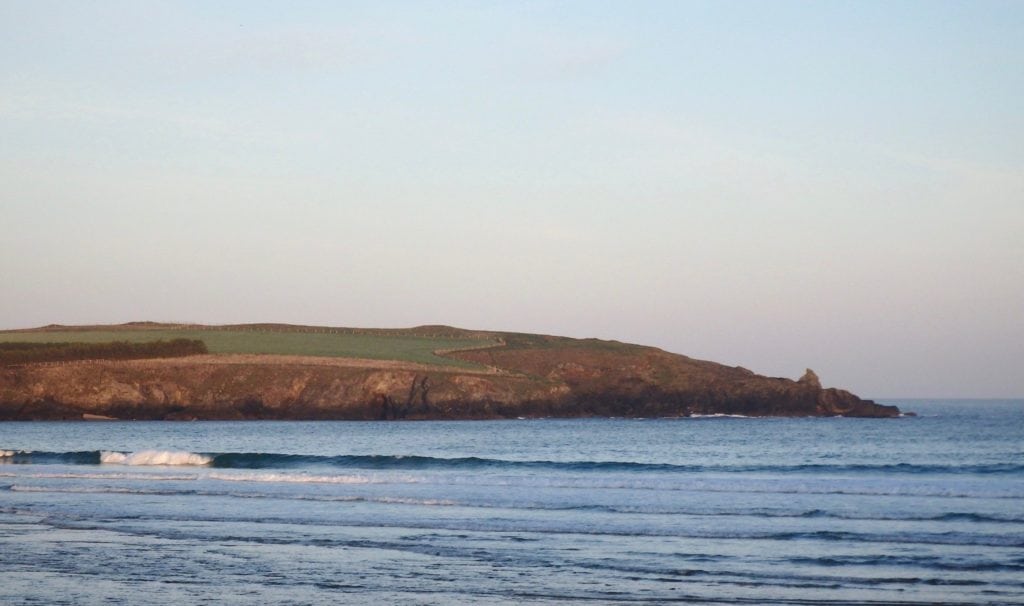 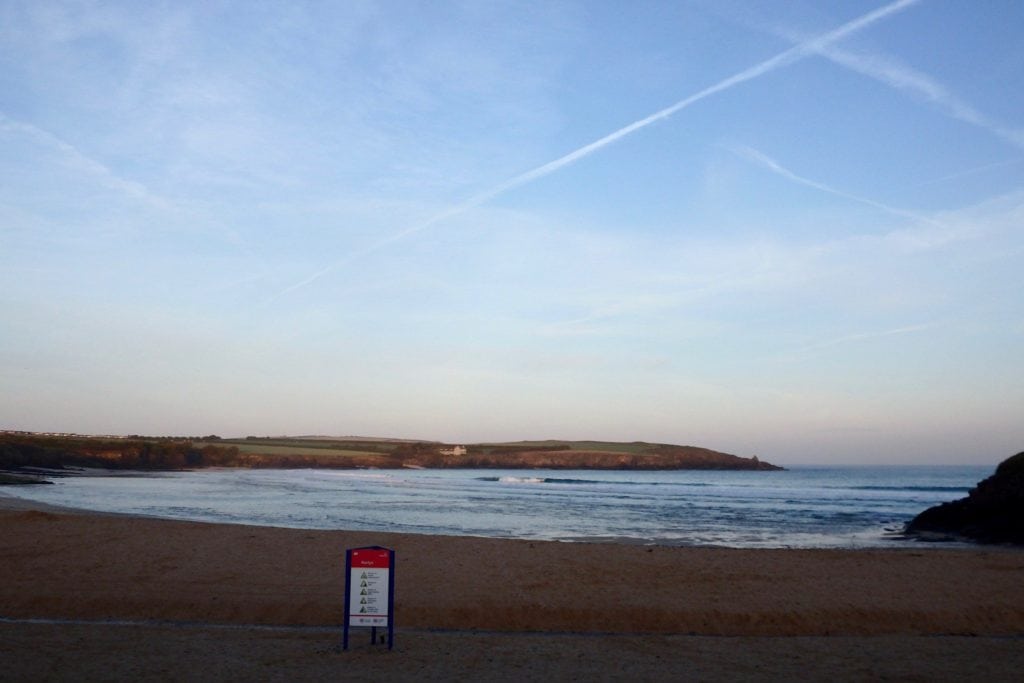 Smaller waves are expected today but still steady and lined up an organised with that same light breeze drifting offshore.
We can expect a couple of feet or so of pretty and peeling little longboard waves in more late season sunshine!

Clean and smart surf conditions look set to take us into another week of gliding across smooth and peeling waves!
That high pressure system is likely to continue to hug us tightly well into the middle of the week, allowing small and sculptured surf to peel its way to our shores.
Starting out in the two to three feet range we should see a magical pulse of swell to start the week, maybe even getting into the four feet range but then those little waves are likely to settle back to only a foot or maybe two by midweek, the wind continuing to breeze lightly in, offshore from the south east.
It looks like it will be the end of the week before we see some proper autumn thick swell rolling our way!
In the meantime we can enjoy a week of small wave gliding and we might even see some little glimpses of clear and sunny skies too!
Have a great week, wherever you are and whatever you’re doing!