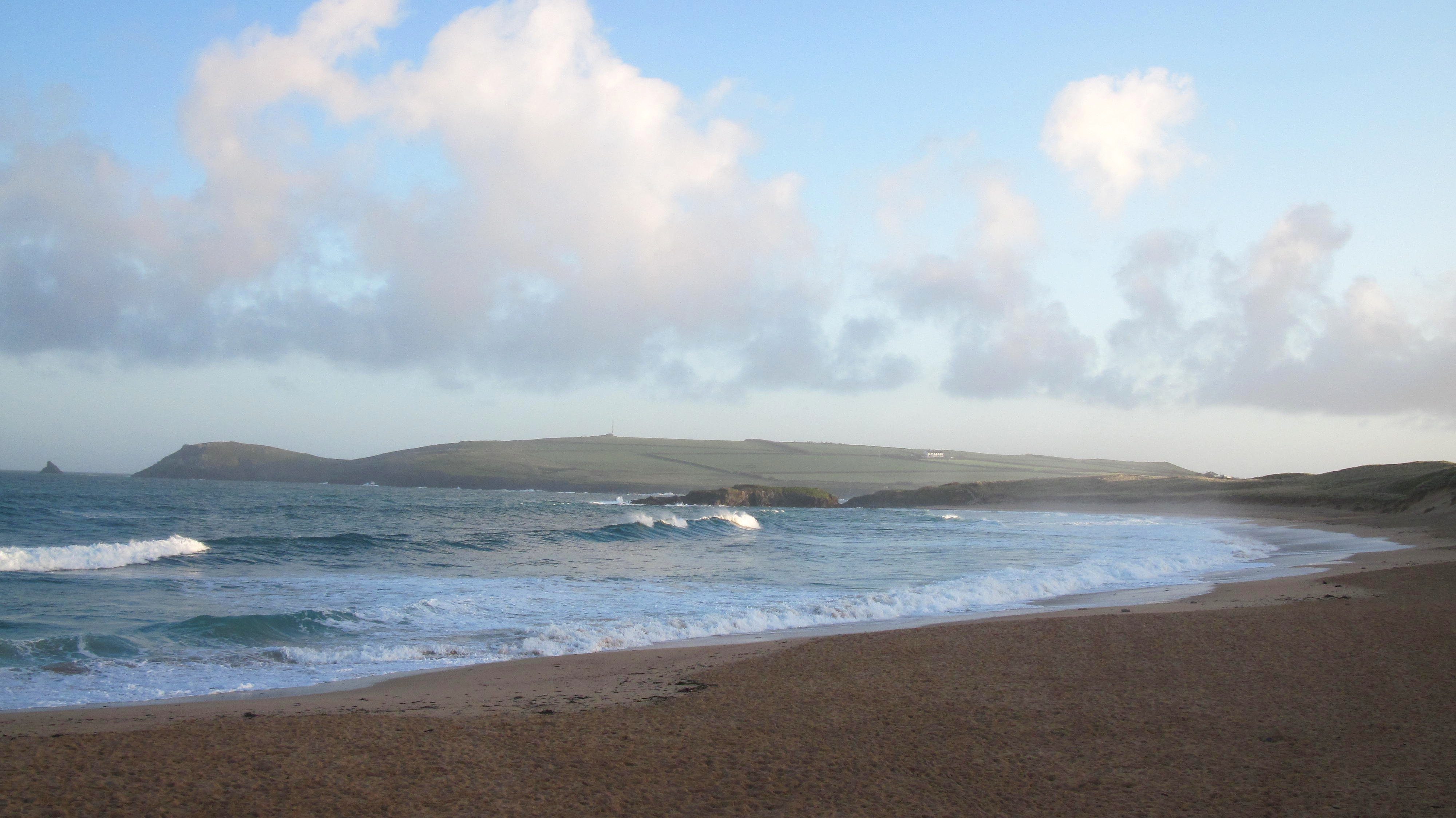 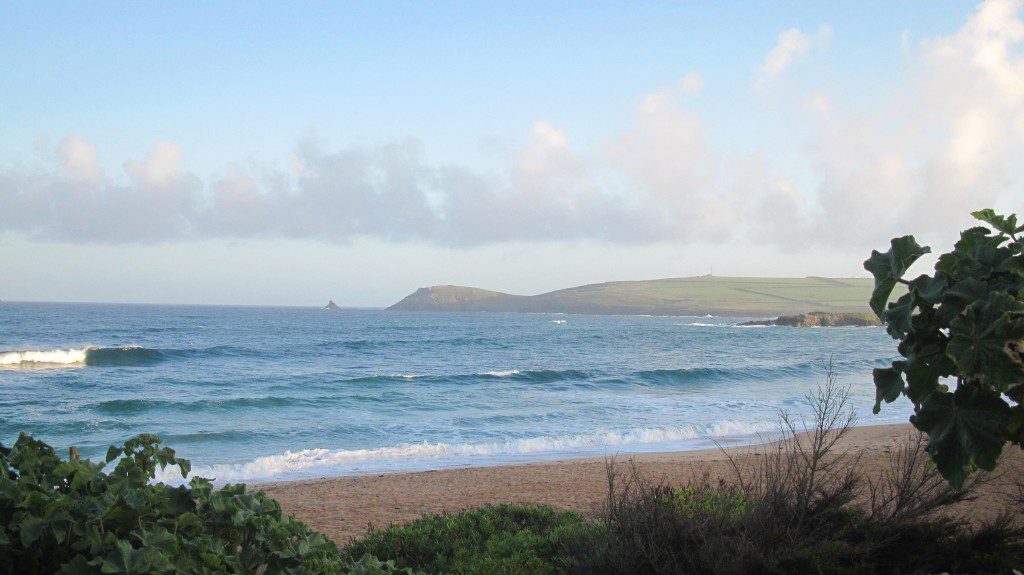 A much brighter day is dawning over us as those pockets of cloud slowly absorb themselves into the blueness of a widening sky.
The wind is light and sideshore right now but on its way to off and that will be good for the two foot and bumpy swell that is rolling our way just off high tide. It needs an offshore to sort itself out this morning but give it an hour or so and there should be some clean shoulder high zippers sliding across the bay.
With a decent gap between the sets indicating a double digit wave-period, we should see an increase in size through this morning too, not by much but maybe turning it into something more three footish rather than two.
Yep, it should be good this afternoon! 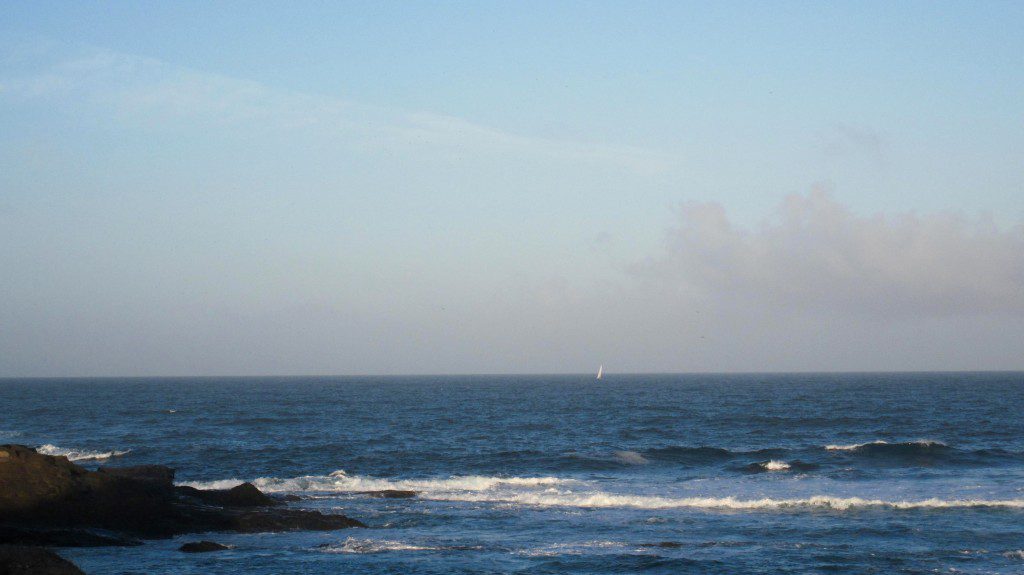 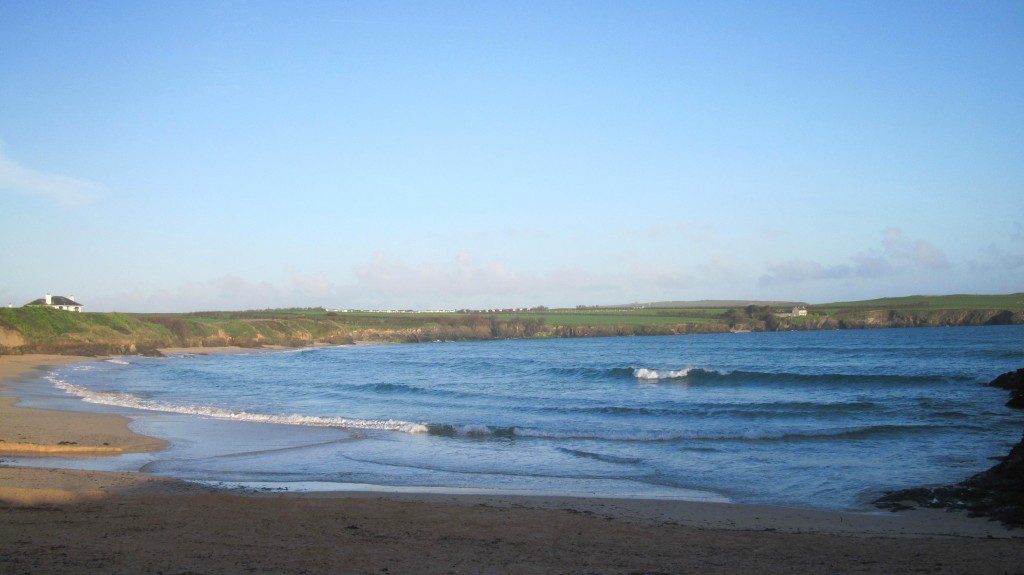 It’s pretty small around here this morning, all clean and sparkling but only a foot to maybe just about two.
The swell should build a little but only a little and that on the dropping tide. But if you are real keen on Harlyn then you might get a little wave on this afternoon’s tide, one to maybe two feet with a bit of a wait between sets.
The other side is probably going to be the place to go though this bank holiday Monday. It should be a good couple of feet over there and clean too. 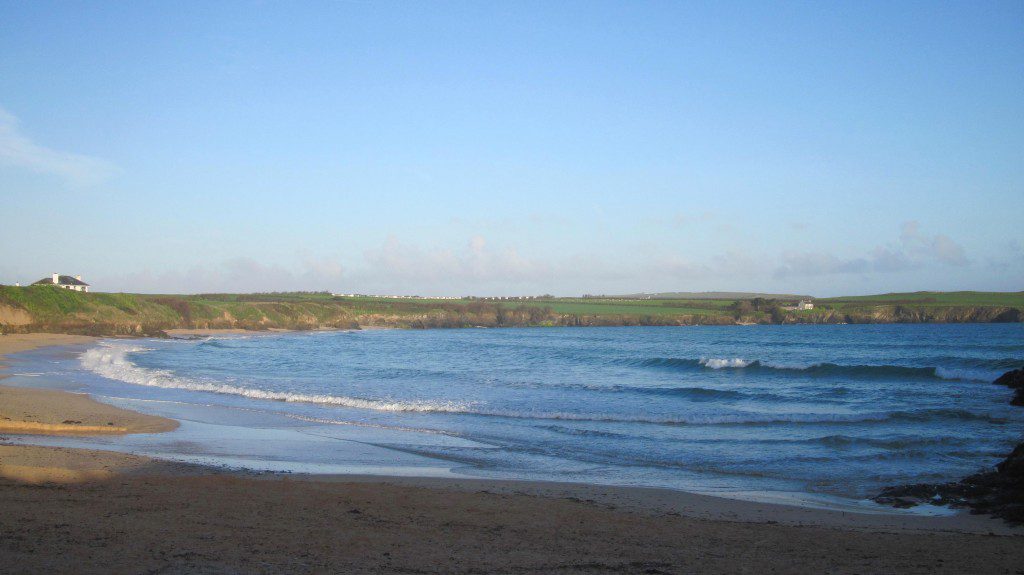 Surf Forecast for Tuesday 5th May 2015

A freshening south westerly wind will be pushing a bigger swell into our bays.
A bumpy five foot plus swell should be washing along our coastline by morning, Harlyn being the surf destination locally. And it should be three to four feet, offshore and sometimes sunny there, a fun Harlyn day in amongst the wind and showers!

A non-event of a weekend should give way to something a little more enjoyable as Holiday Monday reveals itself.
A new swell should kick the week off with some half decent three foot surf, the wind having eased in strength and gradually slipped offshore, a steady south easterly to groom those longer wave-period swells.
Make the most of it though, the wind is likely to zoom straight back onshore by Tuesday as more fronts cascade over us. South westerly winds are likely to settle in for most of the rest of the week, bringing with it a mix of messy and then okay weather.
But the surf should be bigger too.
We should see Harlyn starting to show what it can offer with a decent three feet plus of offshore surf around there for at least a few days. There could be moments of clean conditions on the other side but they are likely to be short lived and brief little encounters mainly in the early morning or late evening. But if you are on it, you could just find a few surprise sessions in amongst the mixed conditions of this coming week!
Have a great holiday Monday, wherever you are and whatever you’re doing!