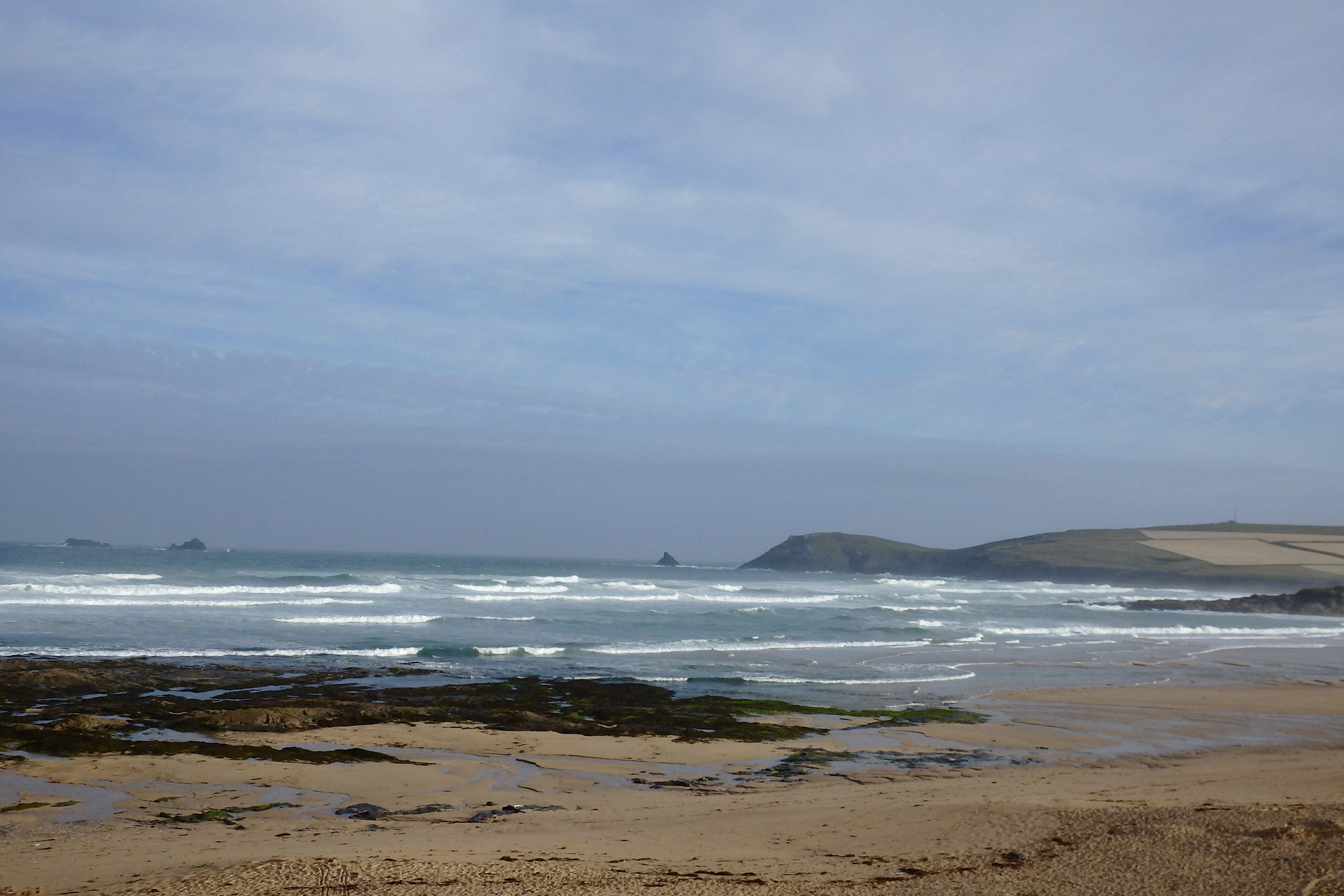 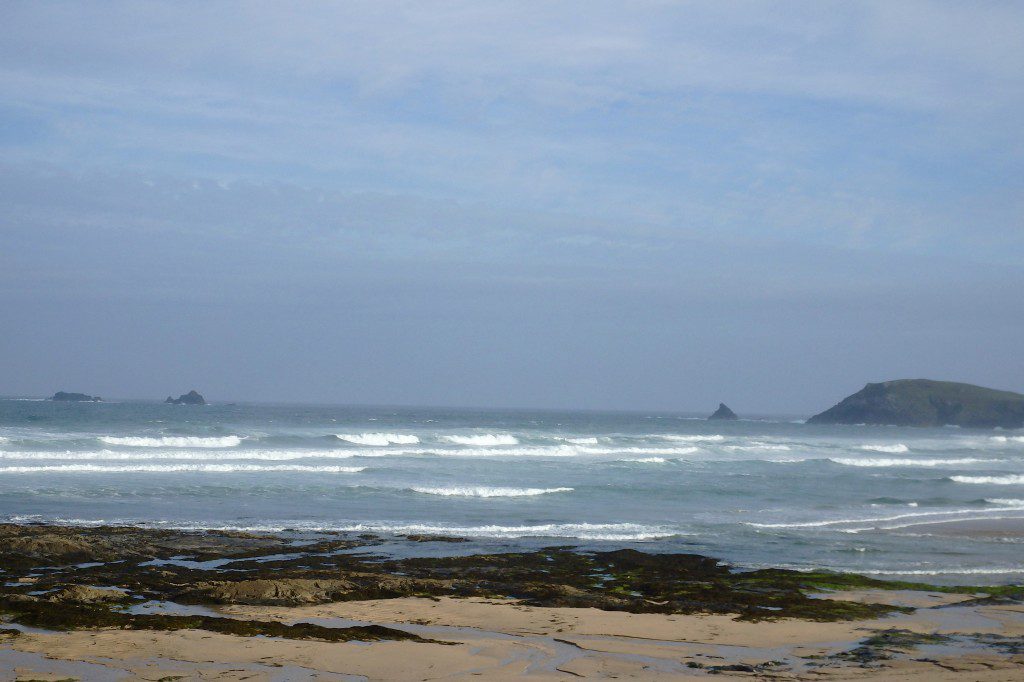 It’s a bright and breezy one this morning, a hint of something a little duller just over there but otherwise it’s a warm and pleasant start to the day.
The wind is brisk and from the south west, nothing as forceful as the forecasts, yet but strong enough to be pushing and pulling at those lumpy waves that are washing into the bay.
There’s a thick four to five feet and bigger of torn and tattered swell lines rolling in, jagged, windburned whitewater scars slashing across those deep blue waves as they trip up and explode or belatedly flop ashore.
It’s a mix of uncontrolled wave energy out there this morning.
I wonder if anyone has though about Harlyn? 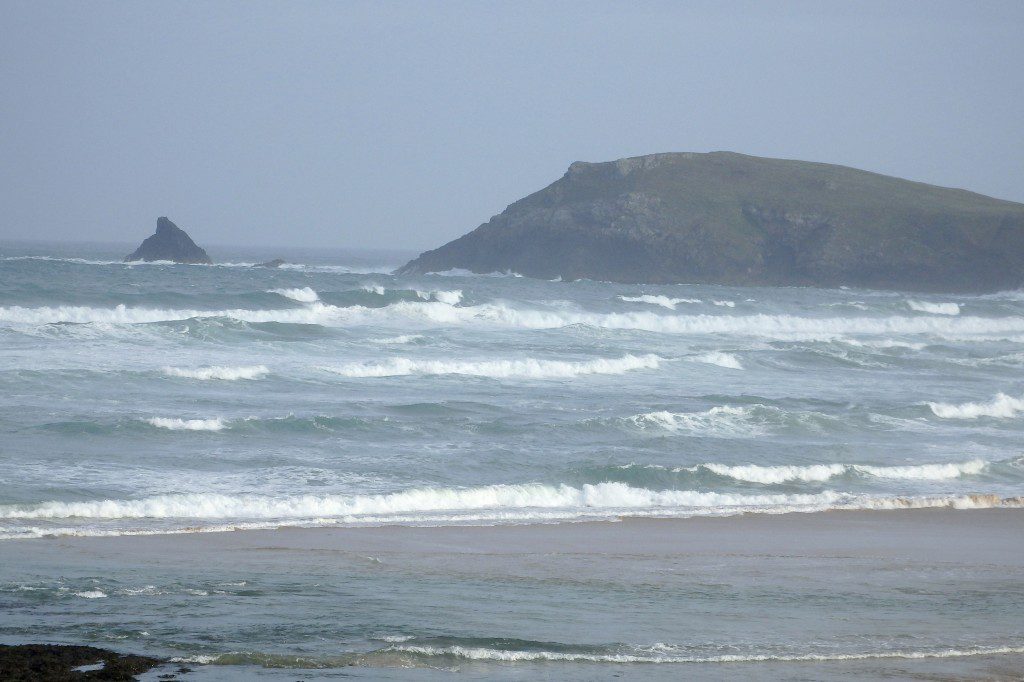 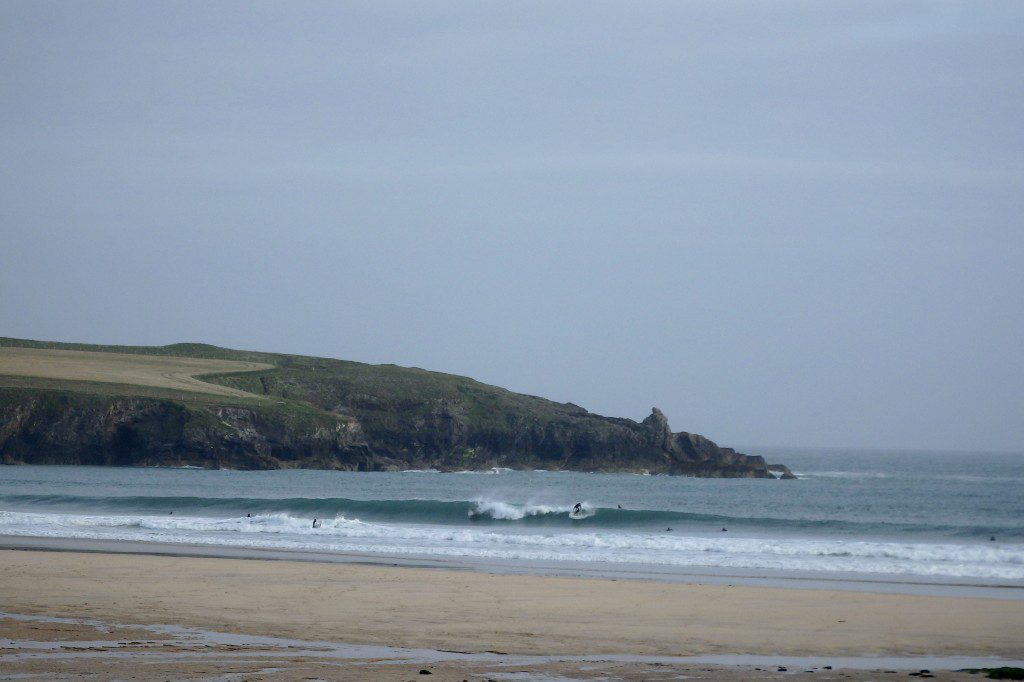 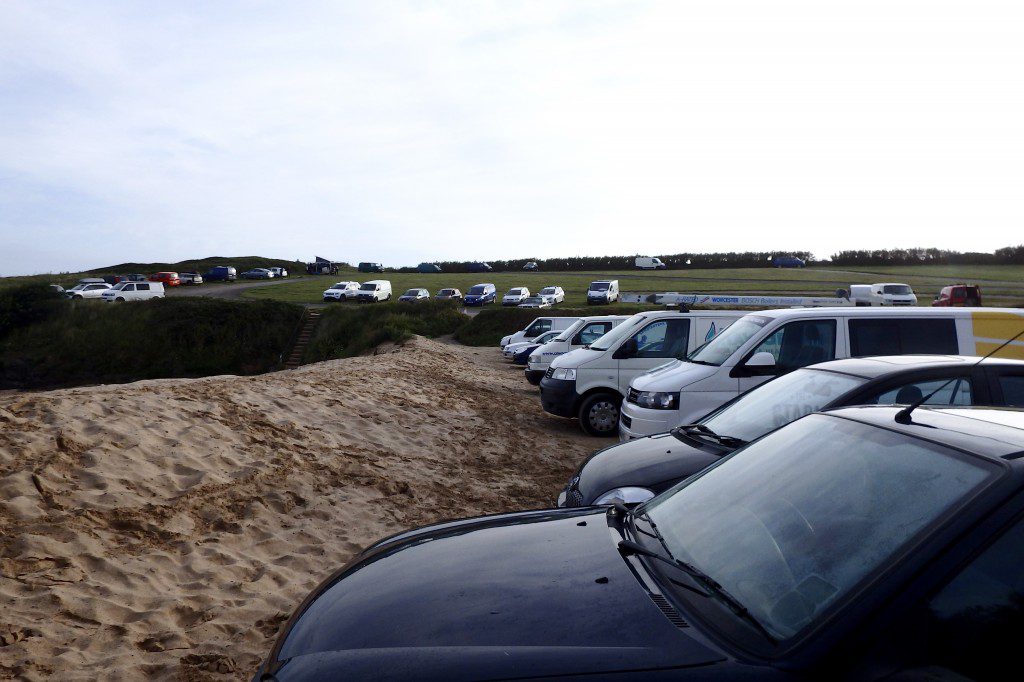 A busy car park and that’s before 7 a.m. on a Sunday! Don’t anyone go to church anymore!?

Well, that’s the busiest I have ever seen the car park at this time of day!
And the lineup is reflecting that!
When I say ‘lineup’, it’s that same scattered clustering of mixed ability levels that can make Harlyn such an interesting (and sometimes scary!) spot to surf in Summer. You just never know if the guy paddling into that set bomb close-out quite grasps the reality of the situation, or is even aware of your existence right in front of him!
Ah but that’s half the fun of it!
And today there’s a very decent three feet and maybe bit bigger of looping and peaking (for Harlyn) surf to keep the crowds happy!
The tide is a little wrong for the Rock but there’s a pleasant looking peak further over that is entertaining a few.
The size should increase little with the tide, that swell being pushed merrily along by the same south westerly wind that is helping to shape and mould the waves here.
So, a pretty classic Harlyn Sunday awaits!
Take it easy out there and remember that it’s supposed to be fun! 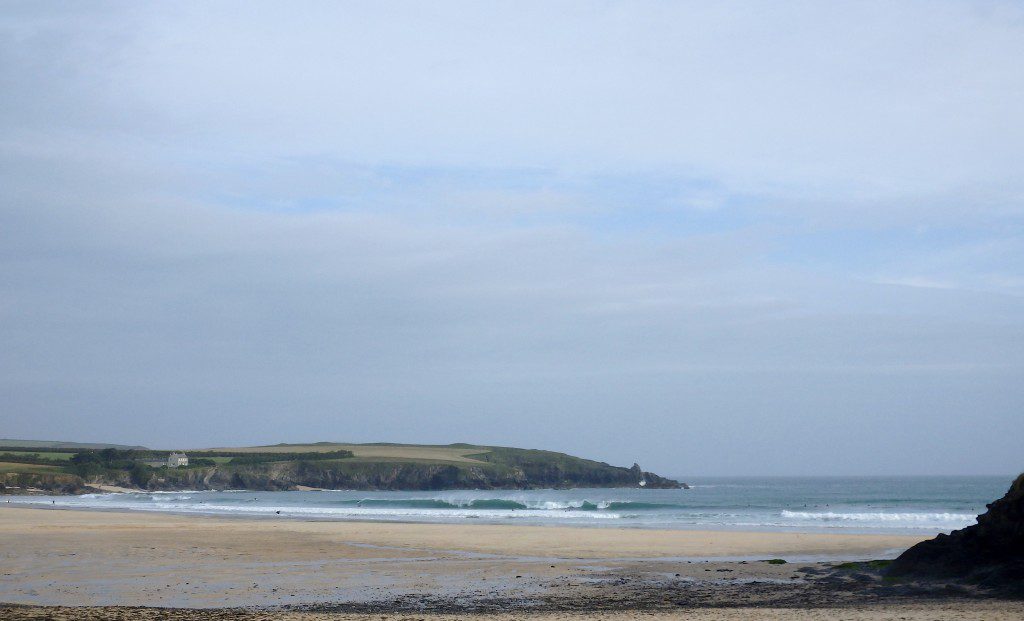 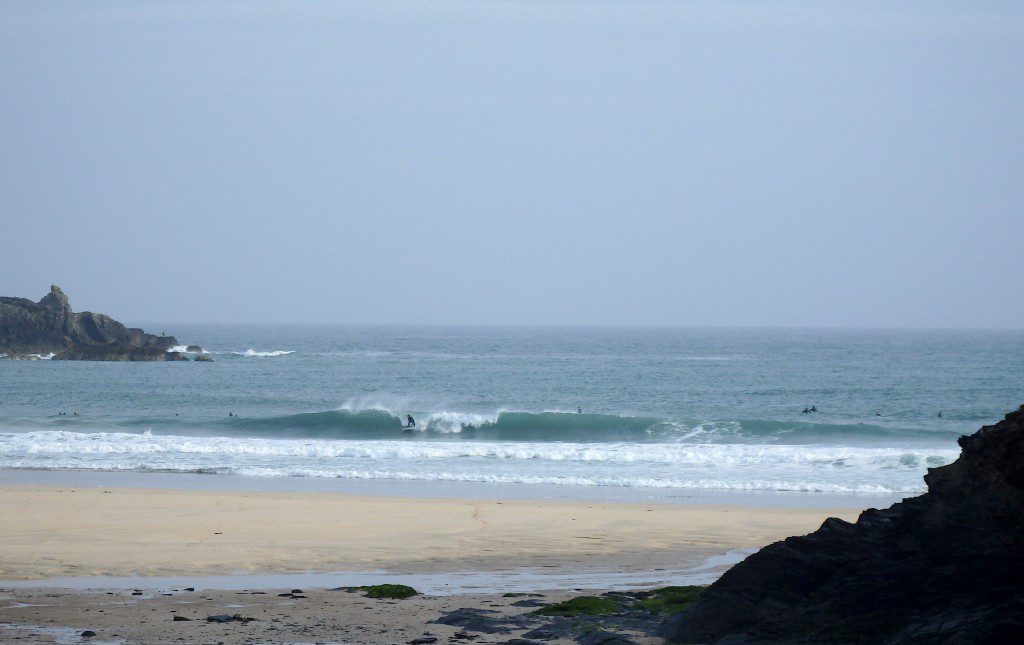 Today’s westerly wind is likely to ease back in strength as the swell gradually eases through today.
Staring out in the five to six feet region, it is likely to drop to more to three footish by the evening tide.
So Harlyn is likely to be in the three foot size region on tomorrow morning’s tide, dropping to only a couple of feet by the evening.
But it should still be fun throughout the day!

The breezy and fairly lacklustre start to this week should quickly be forgotten as the weather kicks in through the back half of the week.
A wind pushed and lumpy five to six foot swell should start the week, pushed along by a fresh westerly wind. As the wind eases in strength so too will the swell, only gradually but noticeably, leaving only a couple to three feet of north westerly wind blown chop to surf by Tuesday, on action repeat for Wednesday.
And then the sun should shine for the rest of the week, even if the surf drops away even more.
So, a breezy and mixed up mid July week of surf awaits, not exactly full of promise but interesting enough to keep us all engaged!
Have a great week, wherever you are and whatever you’re doing!