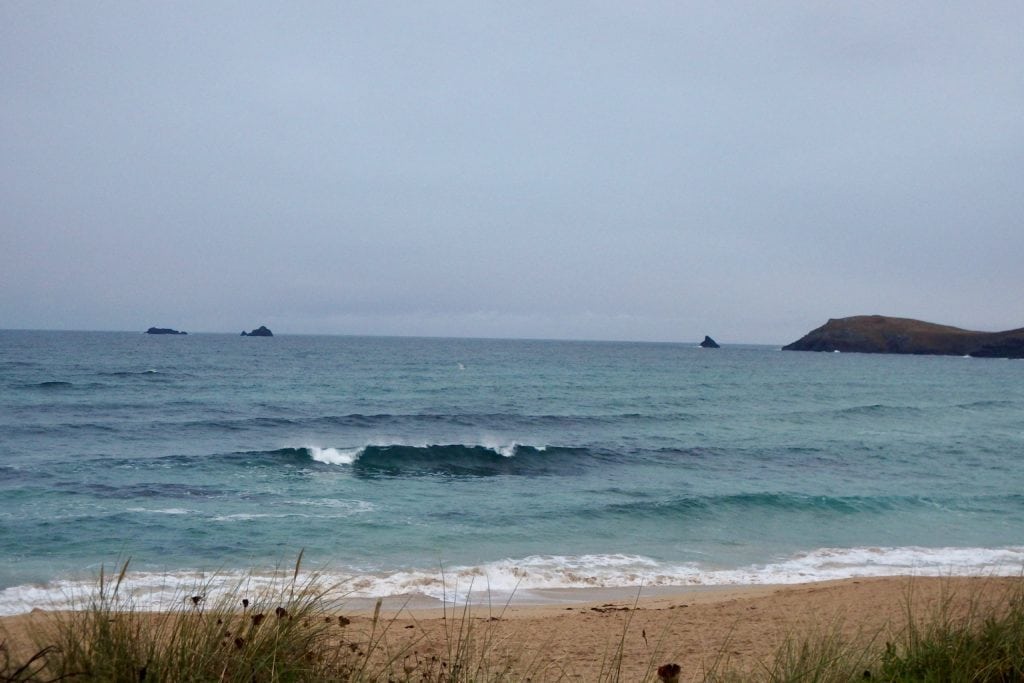 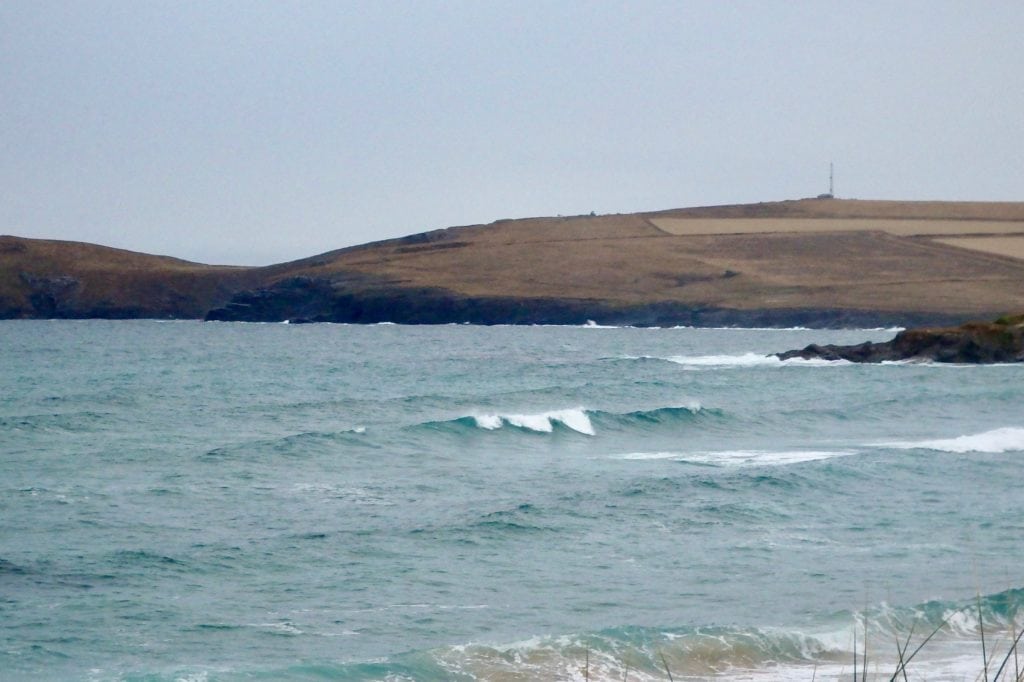 It suddenly feels as though Autumn isn’t that far away this morning, the sky a dull grey canopy of rain threatening dreariness, the breeze only light and the air temperature only in the low teens. I know, that would have been a good thing pretty much any time over the last few summers but after this summer, well, it does feel a little chilly out there!
The tide is way too high right now to let what looks like a rhythmic two to three feet of swell break anywhere rideably but you can see the energy in that small but thick shore dump.
Give it a couple of hours and there should be some pleasant waves to glide across at all of our favourite breaks. 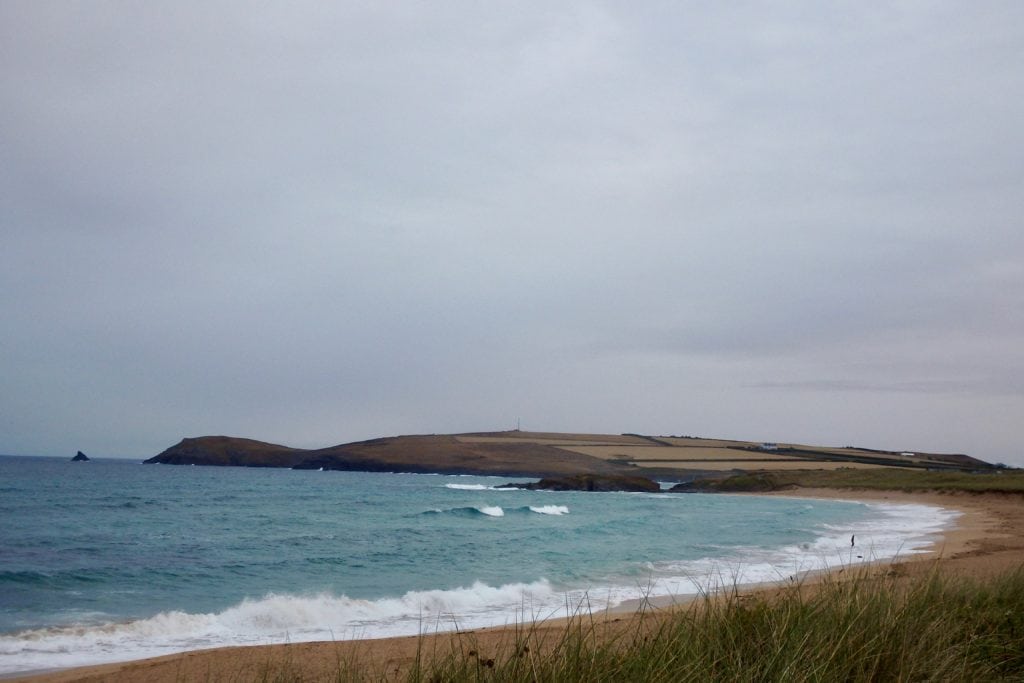 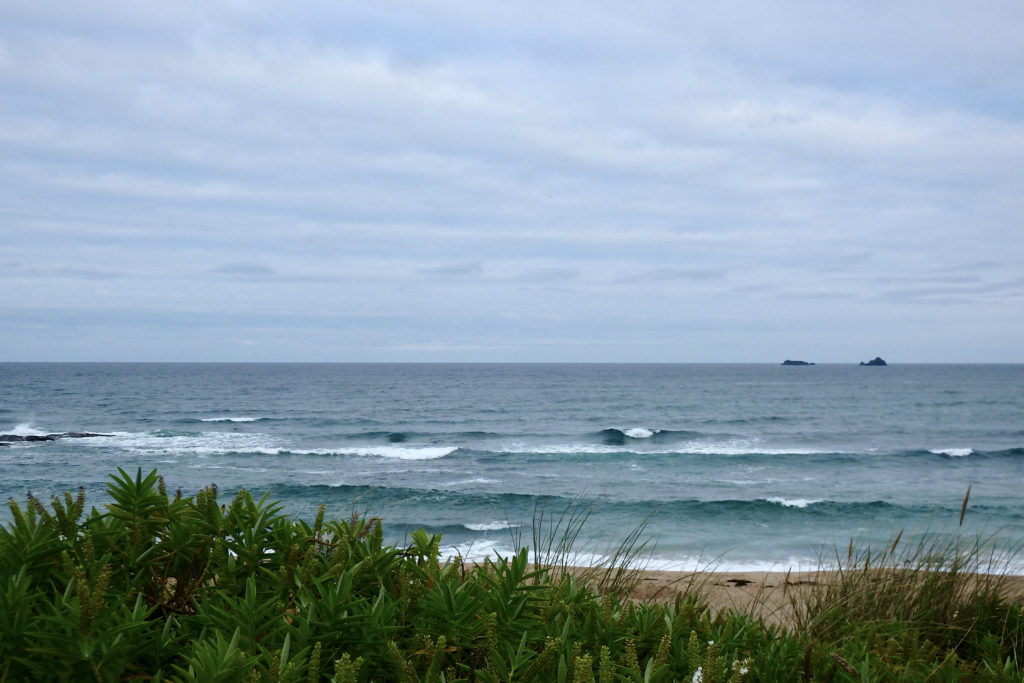 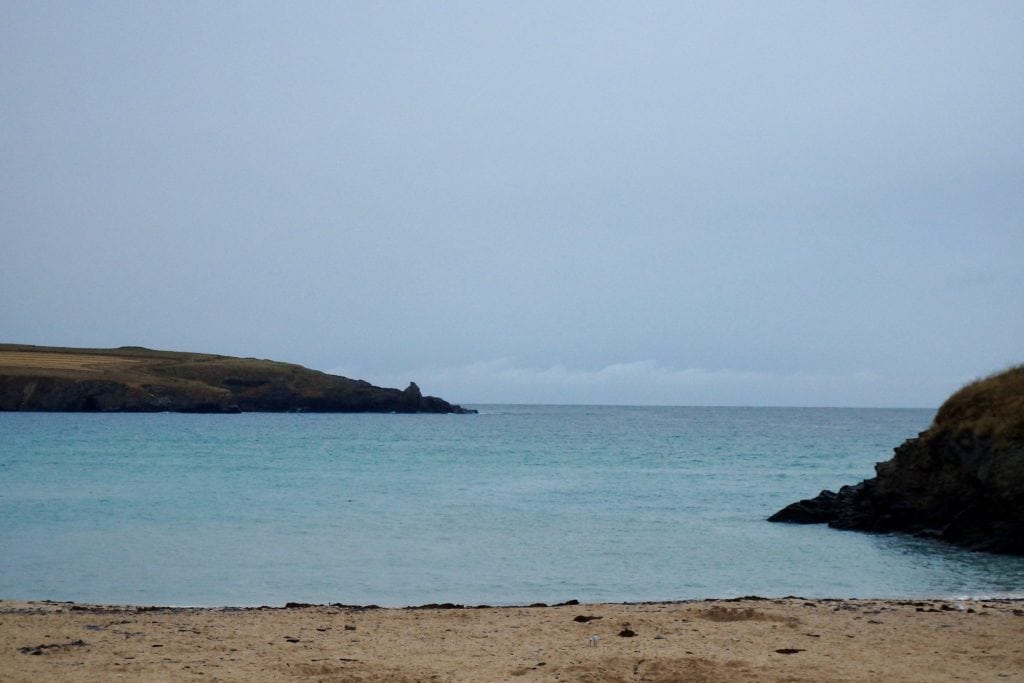 It feels so peaceful at Harlyn this morning, the air is still, the sky heavy and grey and the sea reflecting all of that in a silver kind of way.
There is the hint of a tiny swell shadowing its way into the bay but there’s nothing breaking at high tide.
I’m guessing that there could just be a shin high little wave or two snapping onto the sand on the dropping tide but whether it will be rideable or not could be a vey close thing.
Give it until mid-afternoon though and we could just see a little more action as the tide pushes back in.
It is going to be small at best though. 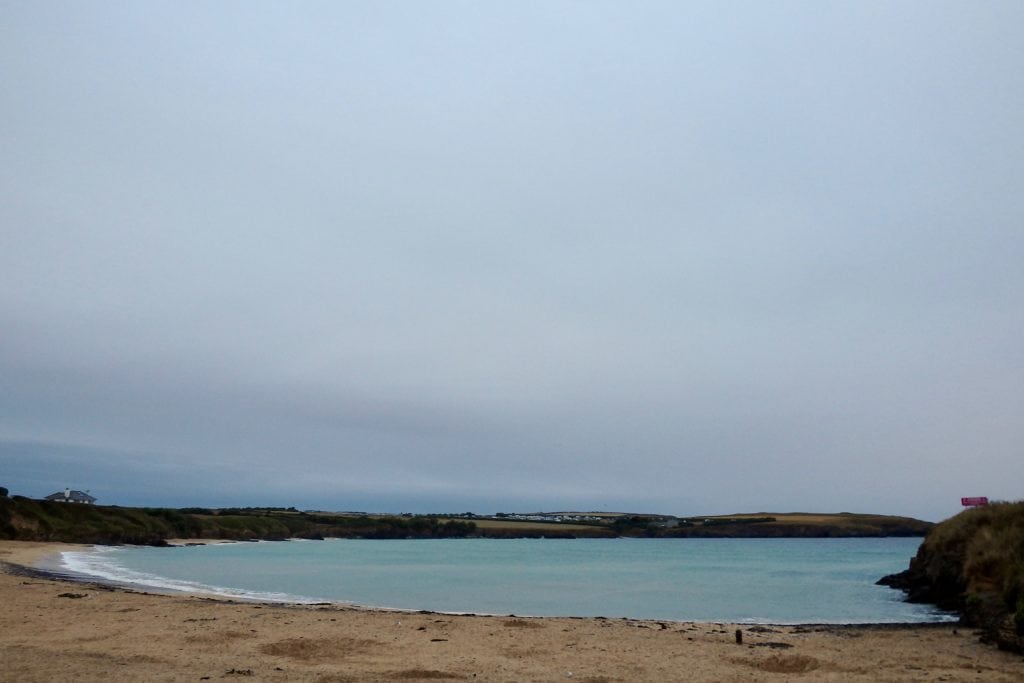 It seems as though those original forecasts of strong winds for today might have been a little over excited, while we are likely to be feeling some fresh south westerly winds blowing through, they now seem less likely to be that strong.
Which is a bit of a let down as we were hoping for some more swell to be pushed our way.
But those lighter sou’ westers should still send a couple to three feet and bigger of bumpy and lumpy swells into our bays, hopefully enough to get some worthwhile surf into Harlyn as well!
But it is now looking likely that it could be small at best around there today.

Onshore winds are going to refresh the air as a low front moves our way through this weekend.
Westerly winds will see the week out while at least blowing a little extra surf our way, maybe even enough to get some little ones around to Harlyn.
And so we might well be surfing Harlyn this weekend, hopefully getting up to a couple of feet or so through Sunday afternoon, getting bigger into the start of next week but the wind worsening then too.
So in the meanwhile it looks like a more mixed weekend than was originally being forecast with hopefully at least some waves eventually getting enough strength in them to make the trek over to Harlyn worthwhile.
Have a great weekend, wherever you are and whatever you’re doing!