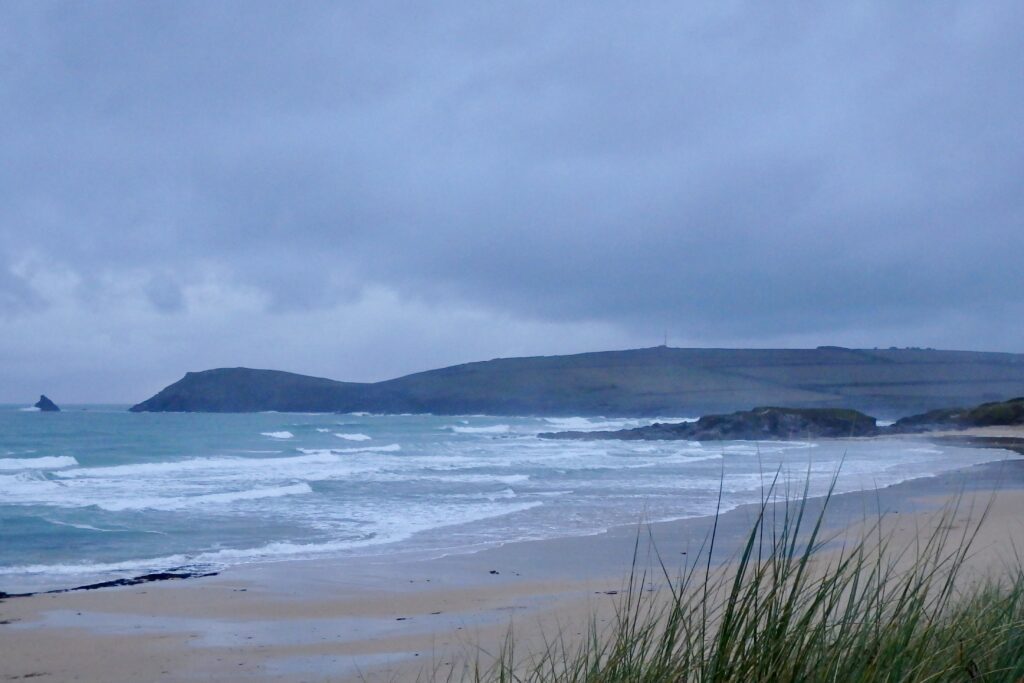 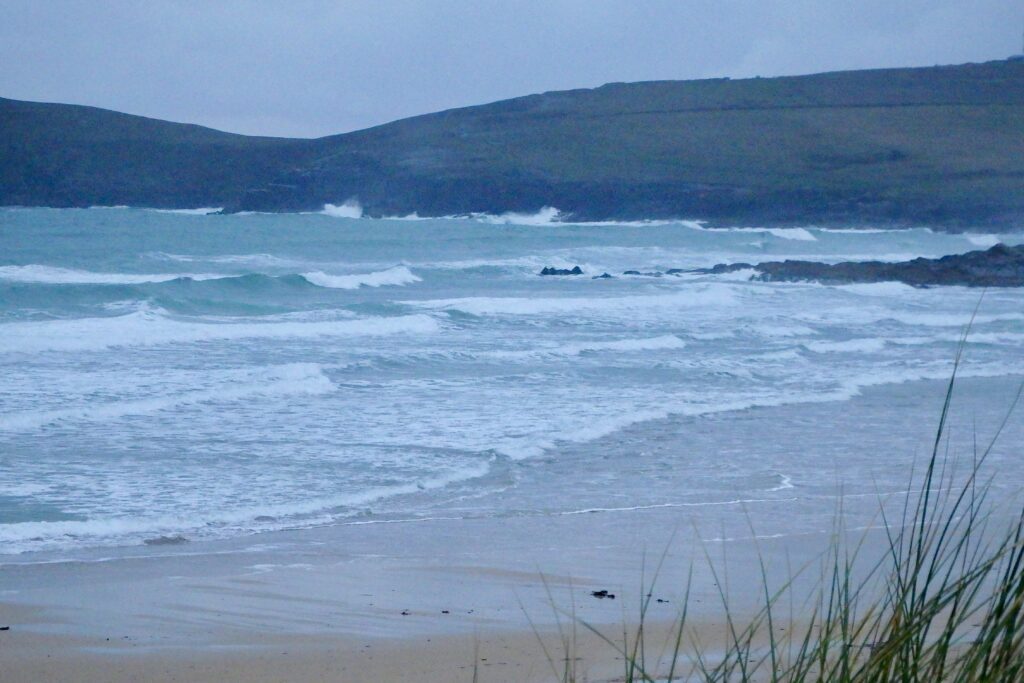 There’s a steady mizzly drizzle rolling out of the sky this morning, the breeze quieter than it has been but still onshore and still fresh enough to make for a sloppy sea.
So, a grey sky and a grey sea with onshore junk surf and yet there is something quite cosy and comfy about it all this morning. 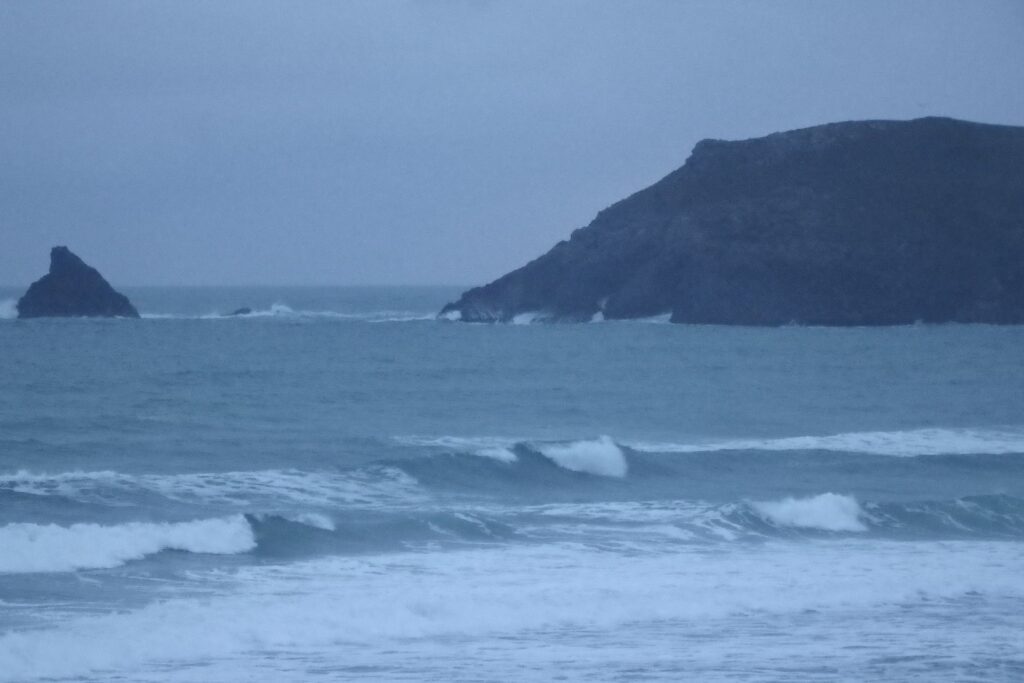 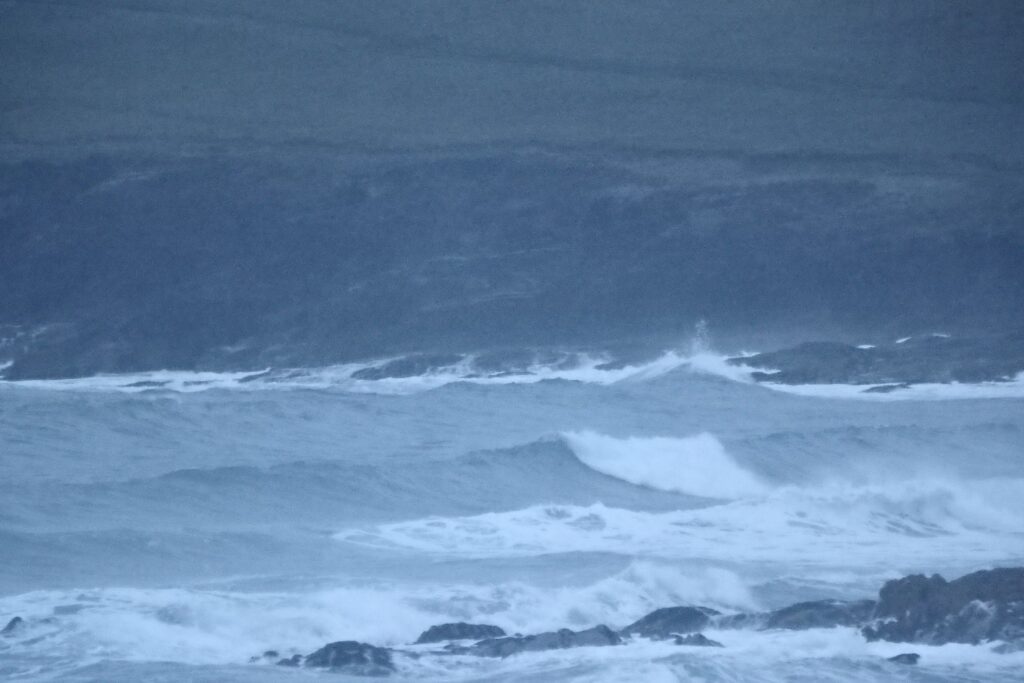 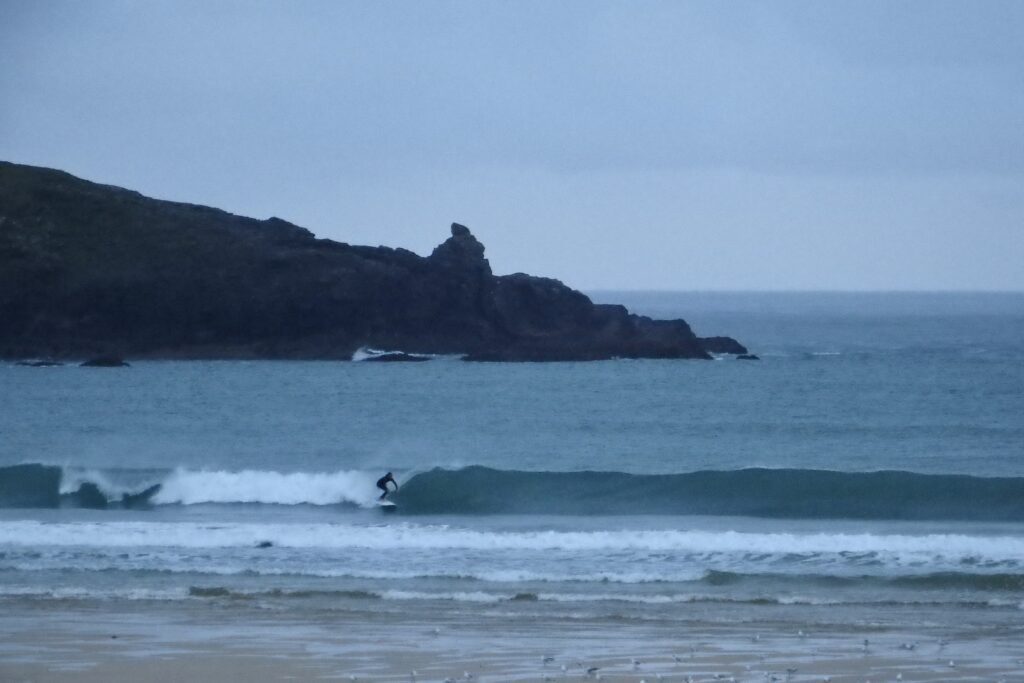 Conditions are clean at Harlyn this morning, the light south westerly breeze drifting offshore through the murk and drizzle of a very grey day. And there’s a half decent three feet or so of fun looking little surf kind of peaking here and there on the dropping tide.
Not sure what decisions have been mad about the Seven Bays Surf Classic yet but I’m guessing that they’ll be running a whole lot of fun down there in a minute or two. 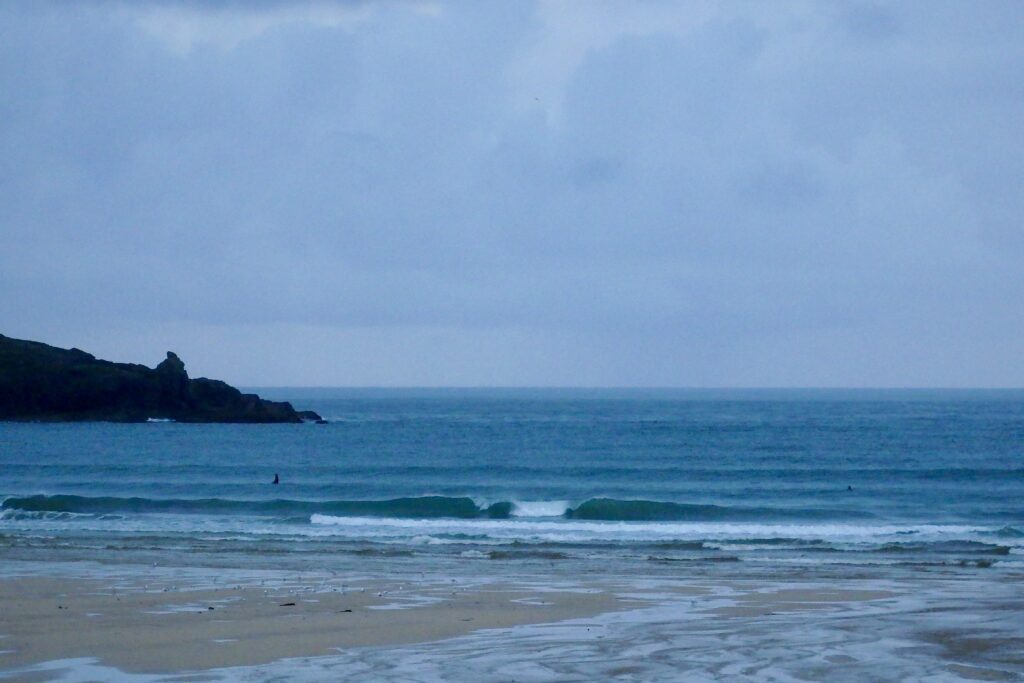 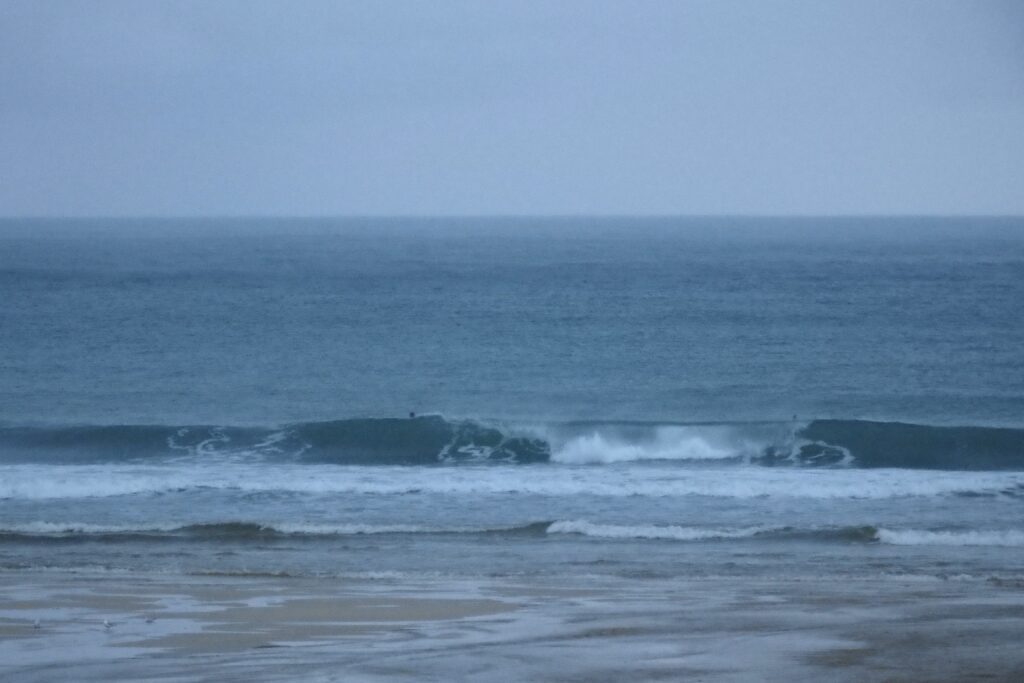 You might just catch some clean surf if you’re up early enough and daylight happens soon enough but onshore, westerly, breezes will quickly slop the three to four feet of rolling swell, making even the small surf at Harlyn a little crumbly and bumpy.
But there should be enough and it should be inviting, especially as the sun breaks through eventually.

A mainly bright and breezy weekend awaits as those fresh sou’ westerlies gradually ease through Saturday backing more westerly as they calm later on Sunday.
With four to five feet of swell continuing to roll our way Harlyn looks like it’s going to be the place to go with a morning of offshore wind-hollowed three to four foot surf which should then last all day long. The weather is likely to be a little blustery but we should see some bright bits in amongst it all.
Sunday might be a day for a lie-in with westerly winds and gloomy weather forecast through the morning. But the sun should eventually shine through and the wind drop back to the south west again allowing for some small and clean Harlyn fun wrap up the weekend.
And then offshore winds could shape up some nice surf at the main breaks for Monday!
Have a great weekend, wherever you are and whatever you’re doing!