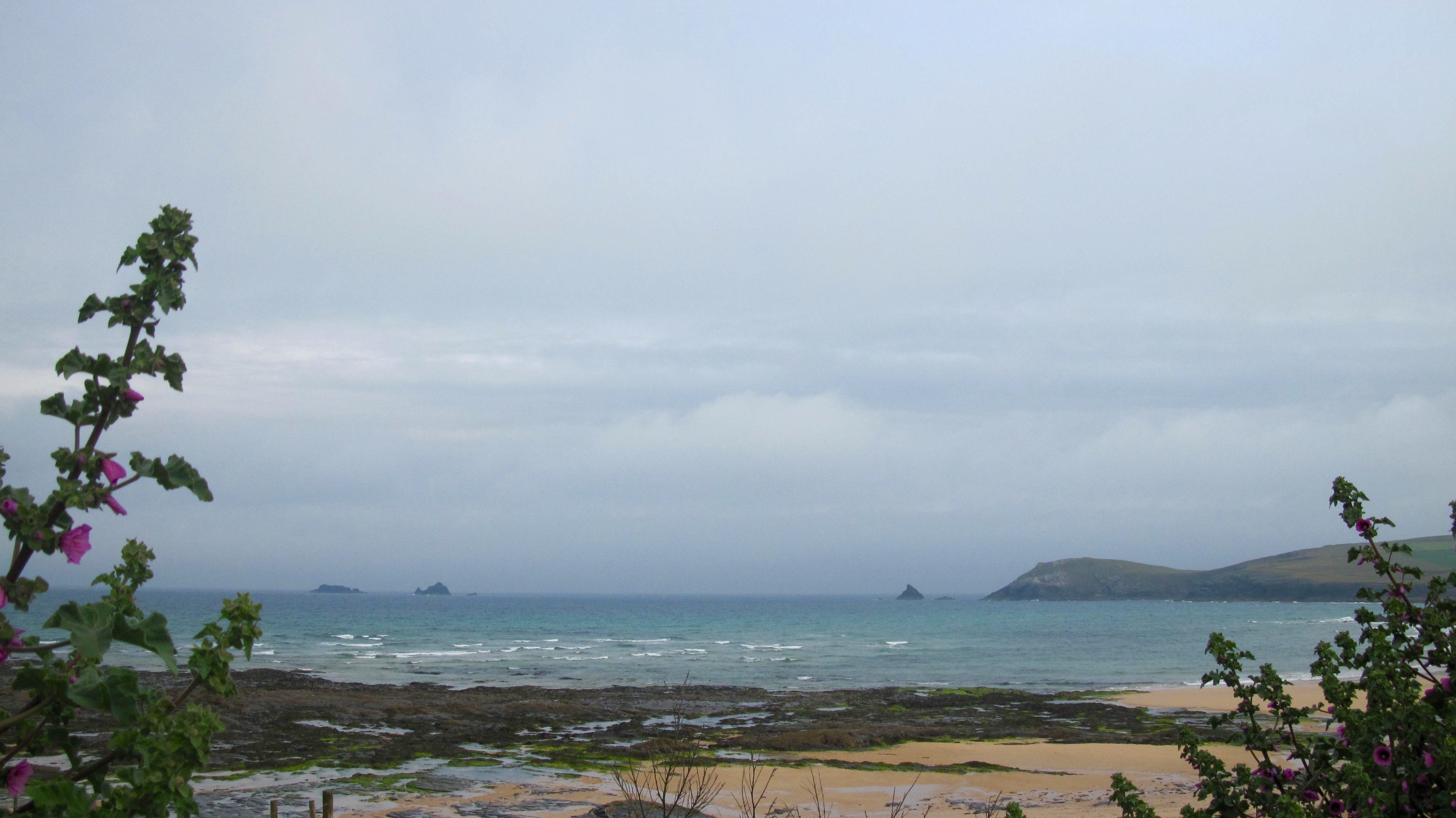 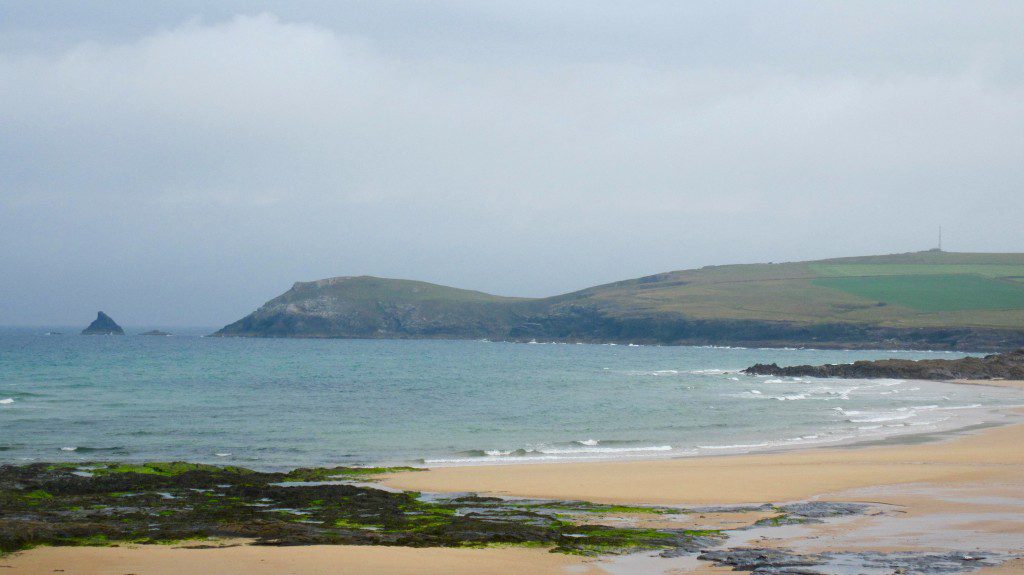 It’s all a little greyer this morning, a little breezier and a little damper too.
The wind has switched to the south west, a mild and light wind that is ruffling those ripples at water’s edge. There’s still no surf to ride, not yet. But this wind might just help to push in some small and wishy washy windswell through the day.
This afternoon’s high tide might just see a small and weak little wave to surf on but even that is not definite, we’ll just have to wait and see! 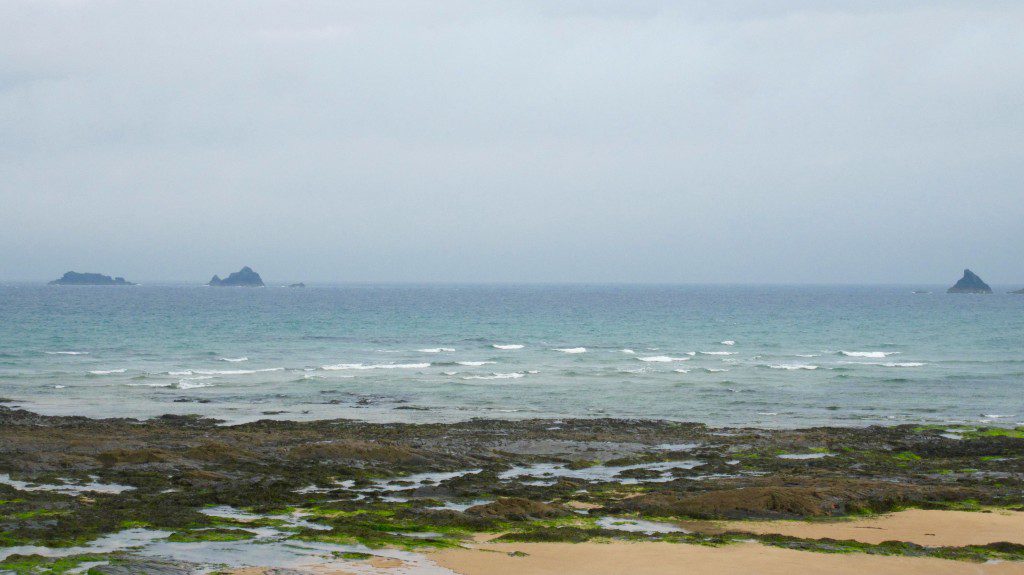 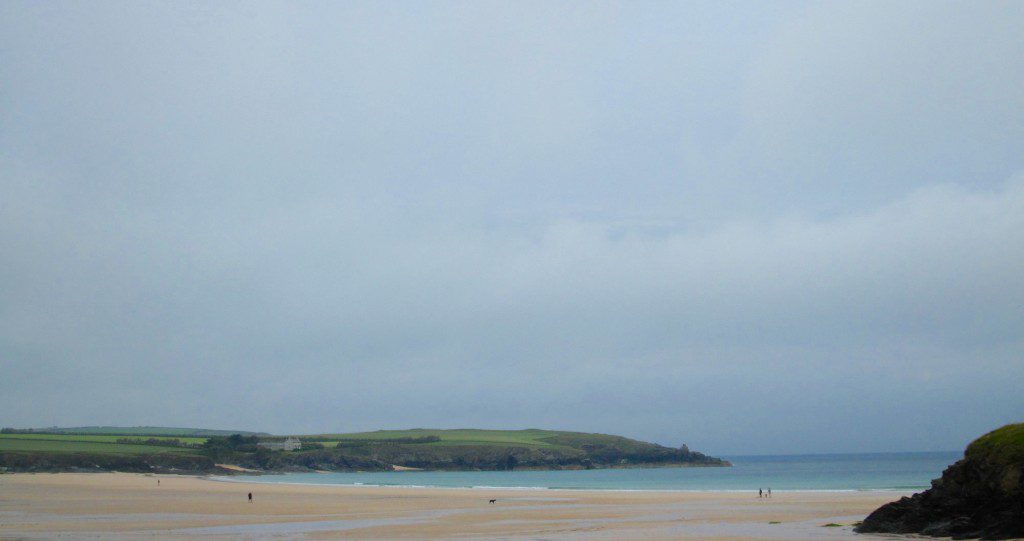 The surf is flat around here this morning too.
The sea is cleaner and smoother with the south westerly wind gently blowing offshore but there are no surfable waves to be seen.
Conditions do look good for some SUP sessions though! 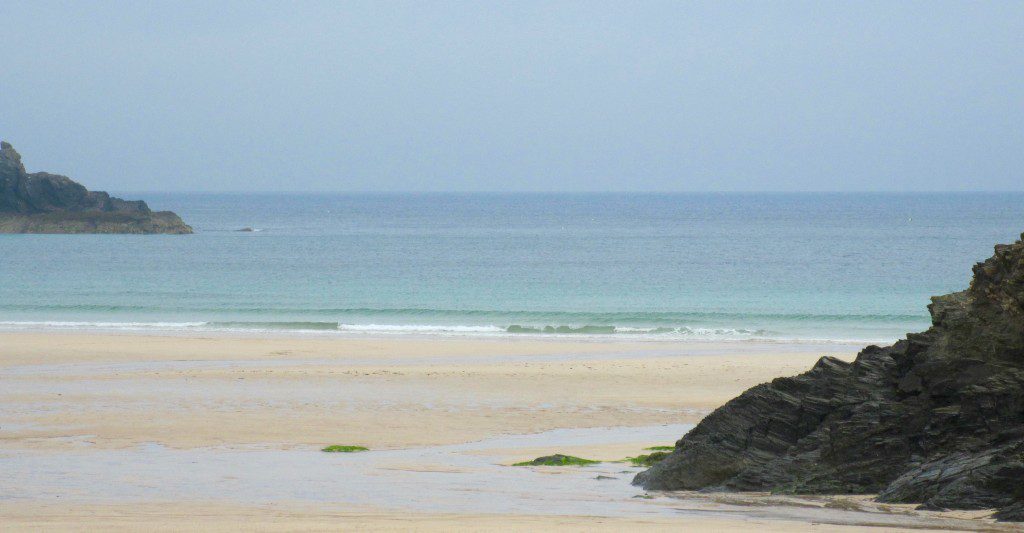 We seem to have entered a bit of a doldrums period this week, the edge of that high pressure just about over us creating those chilling northerly winds and helping to keep the surf flat.
As the wind slips to the south west on Saturday though, a warmer but damper direction, the weather will become more unsettled.
The surf still isn’t looking all that promising either, although that wind should at least push a little windslop our way for the weekend.
So, some flatness might still have to be endured before we enjoy some weak and sloppy waves to play in.
Saturday should be showing a couple of feet of onshore surf by high tide in the afternoon but that could just be about as good as it gets this weekend!
Make the most of it, it could be well into next week before we see something better to surf!
Have a great weekend, wherever you are and whatever you’re doing!