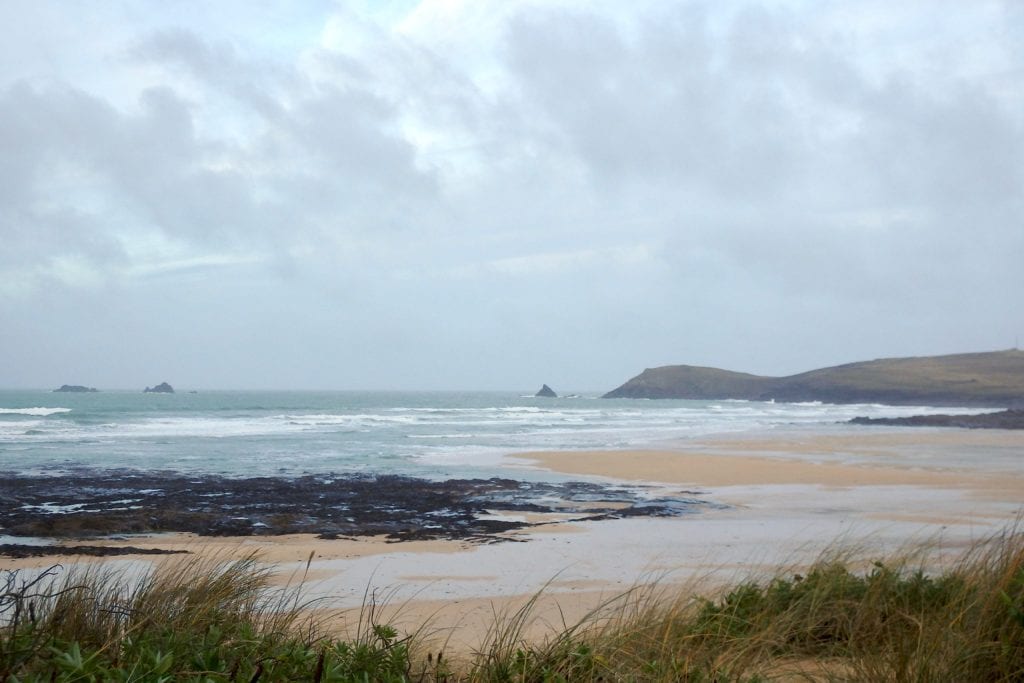 Well the shortest day is behind us already and the water is still (relatively) mild, while those wild seas continue to roll along our shores.
And as the Christmas festivities gather pace there’s a jumbled up and rag taggle bundle of surf tumbling ashore, four to five feet of onshore wind driven junk surf doing nothing to entice or attract.
The wind has eased from yesterday but it is still fresh, still from the west, still onshore and still strong enough to make a mess of it all.
So how about Harlyn….. 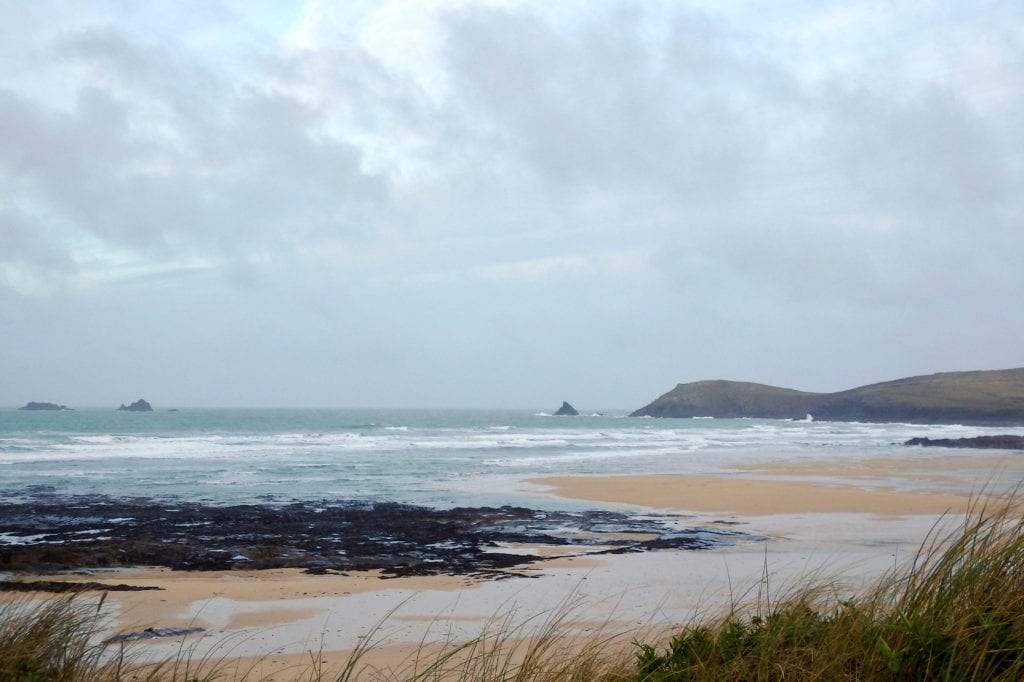 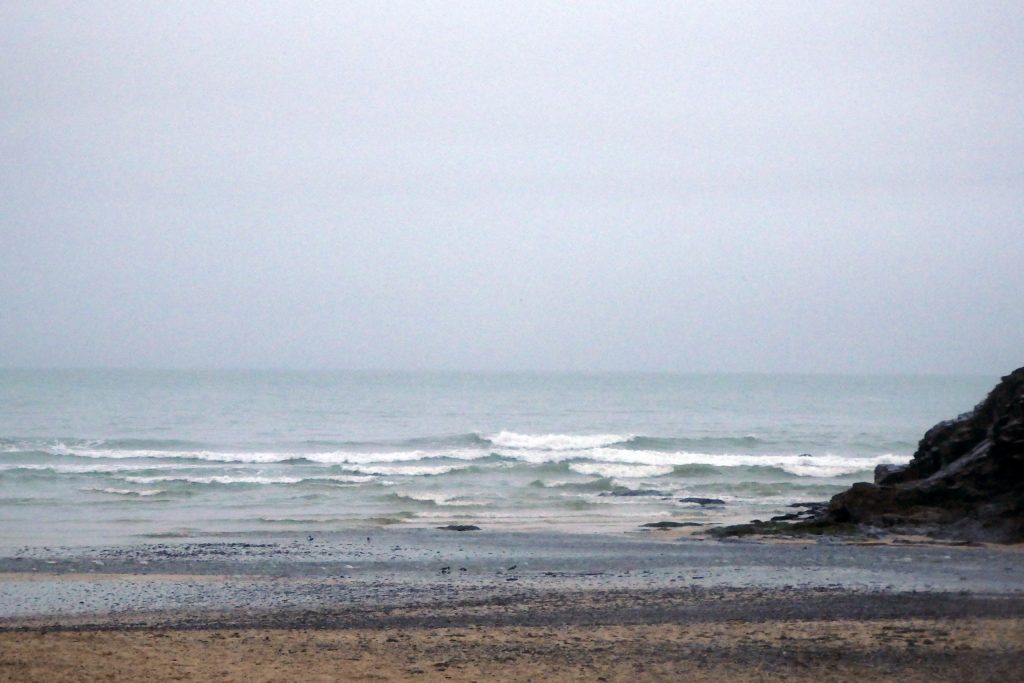 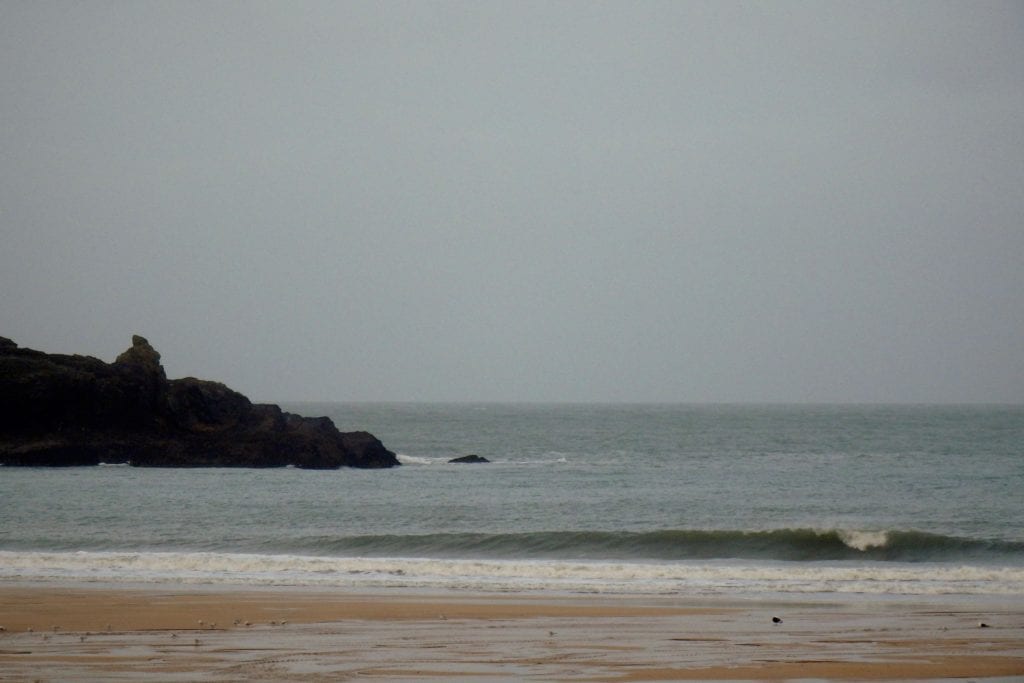 A couple of feet of quite fun looking surf is sliding its way onto the beach at Harlyn this morning, the wind a little too westerly for it to be as sharp or as hollow as we have seen it recently but with enough shape to make it worthwhile.
Very occasional sets are pushing through just that little bit bigger and just that little bit more inviting.
It should all improve as the tide turns in a couple of hours allowing us to have some early afternoon fun in some occasional sun! 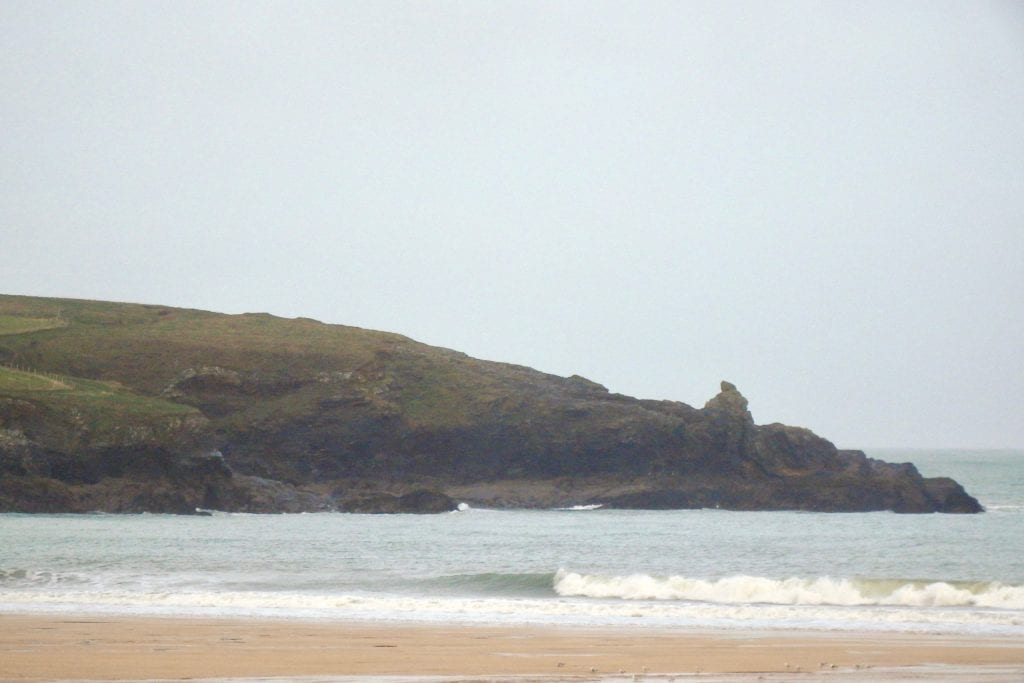 South westerly winds and a rolling swell are always indicators that Harlyn is ready to come alive and with only a little luck we can expect some fun and quite chunky, three to four foot surf!

Westerly going south westerly winds are likely to be bringing mild air over us all weekend long.
Add some thumping swell to the mix and we have a pretty classic Harlyn weekend setup.
Saturday is likely to show a four to five foot swell building gradually through the day, Harlyn starting out a little lacklustre with only a couple to maybe three feet of ribbed and torn surf as the breeze gusts across from the west.
The afternoon tide should improve things, the surf becoming more solid ad a little smoother as the breeze eases back.
And then Sunday should show some bigger, hollower and much cleaner surf at Harlyn as that wind backs more to the south.
Yep, it’s likely to be a typical winter’s Sunday at Harlyn with some crunchy waves bending their way into the bay.
And then Christmas looks like it’s going to deliver some very, very pleasant surf all along the coast with the breezes easing offshore and the swell continuing to pound our way!

Have a very Merry Christmas and a fabulous New Year, wherever you are and whatever you’re doing!