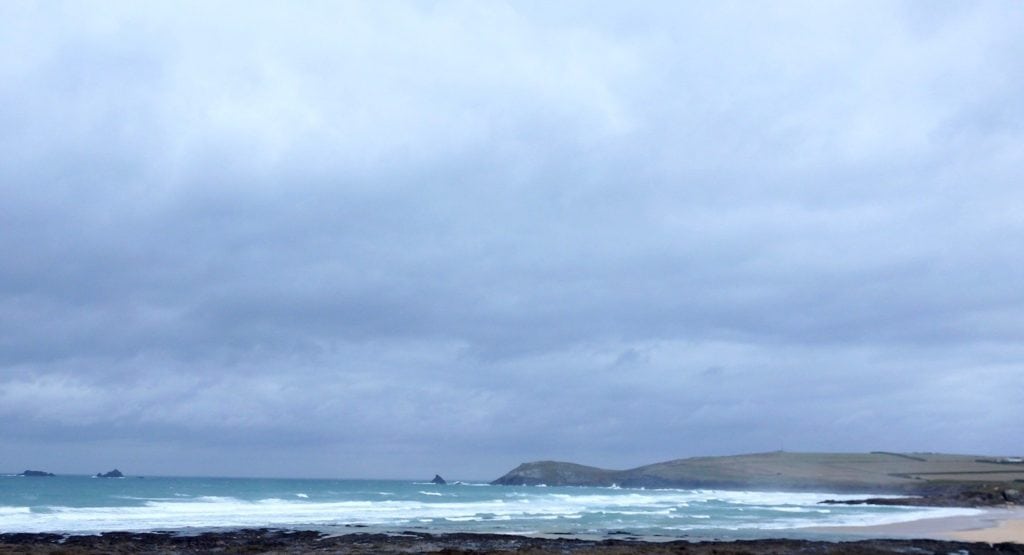 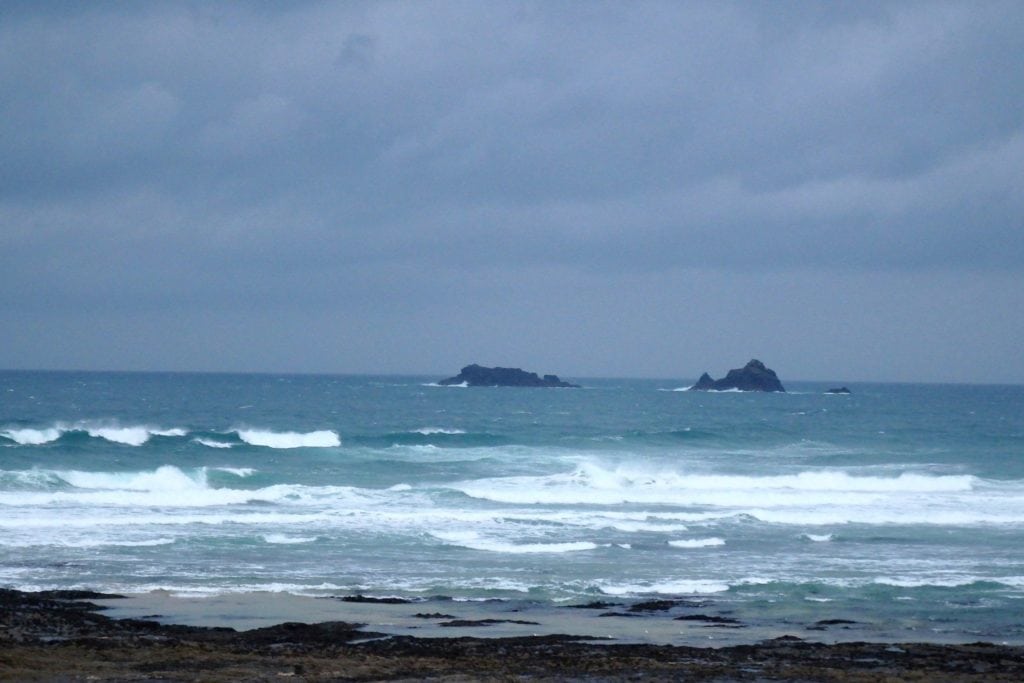 It’s a wild and woolly, overcast autumnal morning with a southerly gale blowing a hooley out there but it is mild too, 17 deg C at dawn!
The surf is a wild mess of mixed up madness, smaller than expected but that’s irrelevant, those three to four feet of chopped and slopped waves are breaking wherever and whenever they want. I guess that with this wind behind them the size will increase as the day goes on, probably doubling in size through the day.
Anyway, you really will not want to be going in the water here today (unless you love that madness of chaotic storm surf!), so luckily the ‘Seven Bays Surf Classic’ is due to run over at Harlyn throughout the day and it should be good! 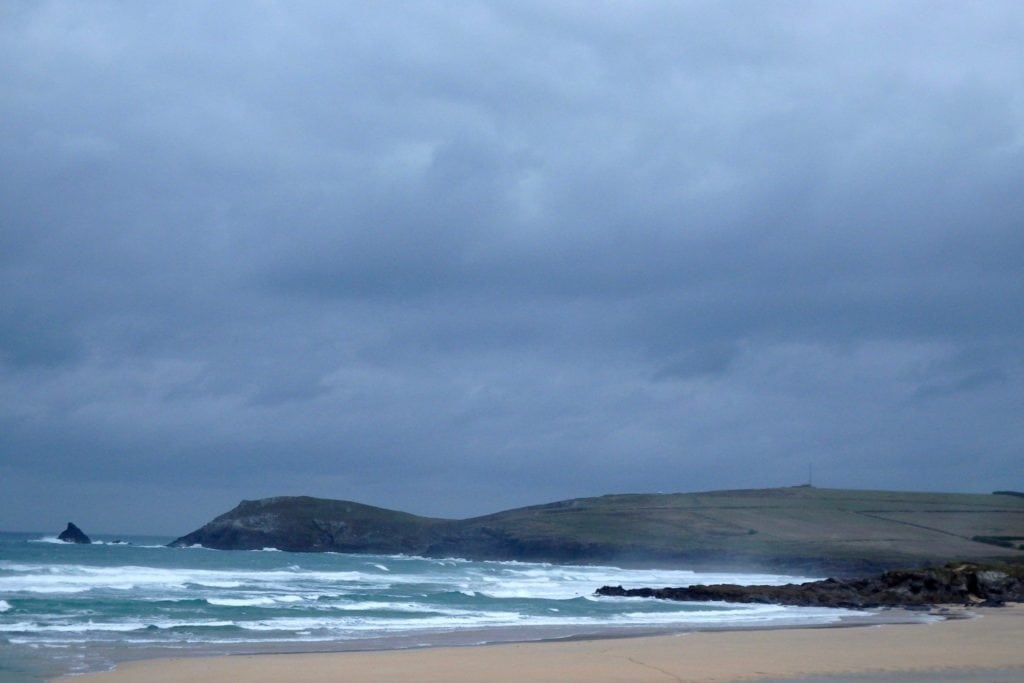 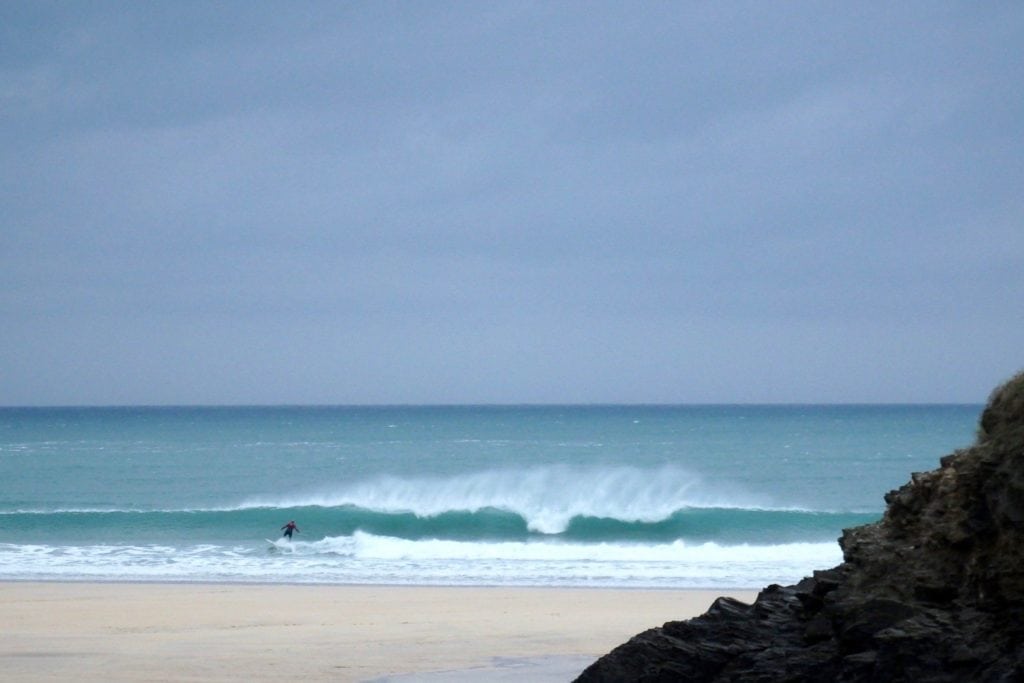 It’s way smaller than expected here this morning with that southerly wind blasting across the sand and meeting the swell head on!
A couple to three feet of sharp and hollow, crashing waves are curling their way onto the sand. Deep turquoise walls of water are walling up in front of that howling offshore wind before throwing some hollow sections across the bay. There are a lot of close-outs crashing around but in amongst them are the occasional screaming peeler.
The swell should build through the morning and so we are all hoping that the ‘Seven Bays Surf Classic’ should see loads of high octane action and drama! The Day names the Bay and the Bay is Harlyn! Good luck to all the young guns (and the ‘old enough to know betters’ too!)! 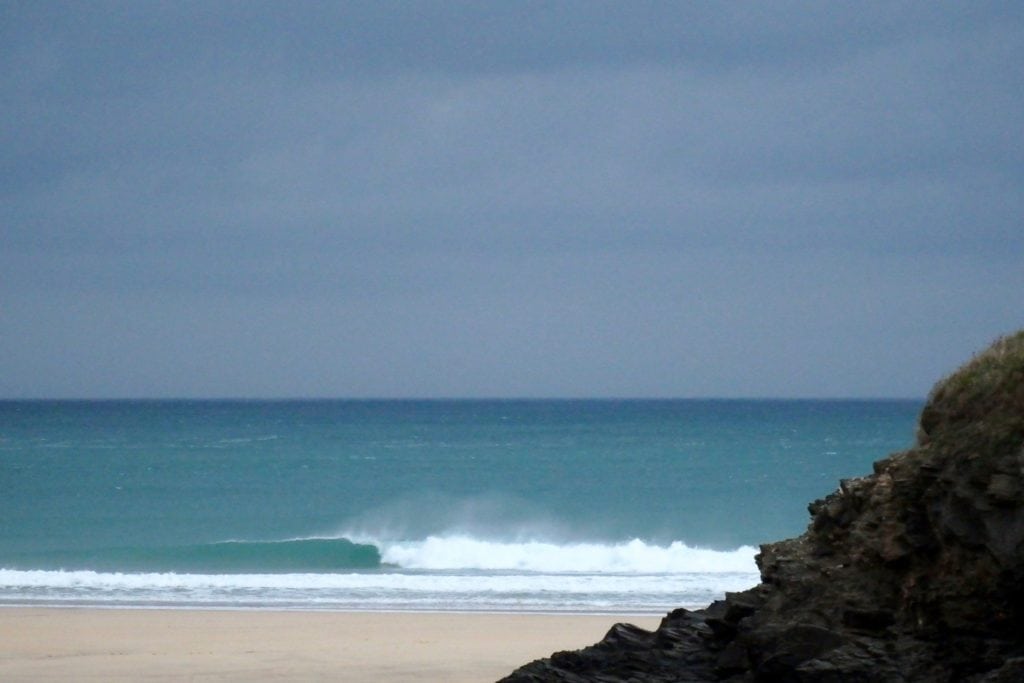 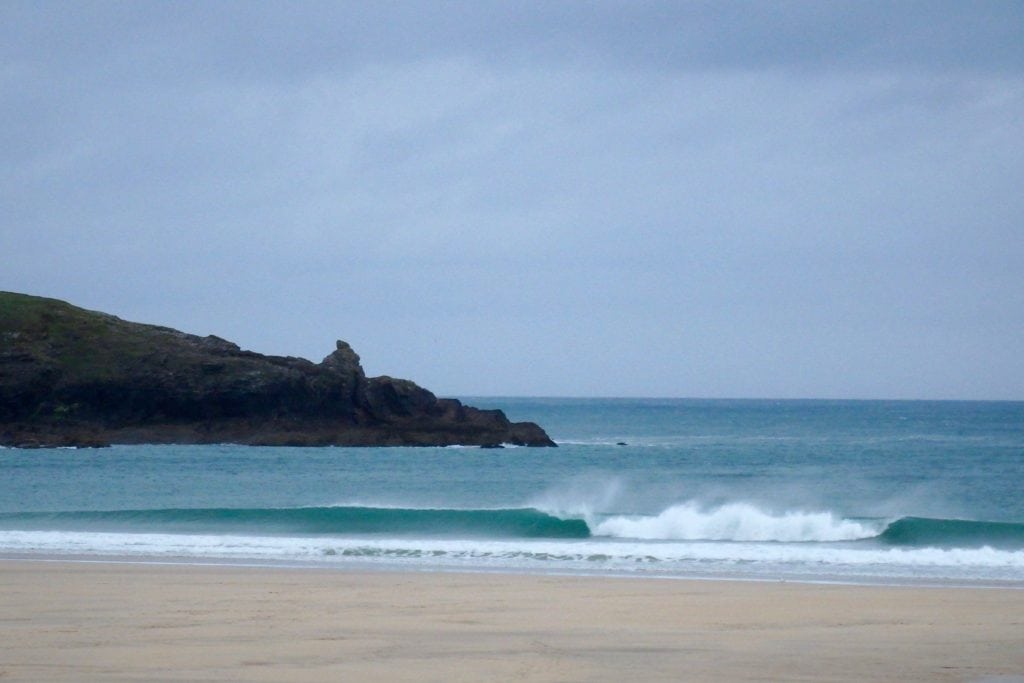 Big and messy, west wind driven waves are going to be crashing our way all day long.
Six to eight feet and bigger swells are going to be pushed along by that roaring westerly wind making most of our breaks a dangerous and messed up place to be. Only those super sheltered spots are going go be worth a look, as well as that spot that shouldn’t be mentioned!

Big swells and strong winds are aiming our way for the weekend!
The three to four foot swell of Friday is likely to double in size by Saturday morning, the wind building in strength as that growing swell starts to batter our coastline.
Five to Six feet and bigger swells are likely to be driven our way by a strengthening southerly gale throughout Saturday, the wind backing westerly through Sunday but retaining its strength. And that is going to be the way of it for a few days ahead too!
So our sheltered surf breaks are going to be the only options for any surfing this weekend, four to six foot, offshore Harlyn being the most popular choice I would imagine. And that should give the green light for the 2016 Seven Bays Surf Classic contest to run through Saturday!
Yep, it looks as though we could be enjoying our first big and windy, proper Autumn swell this weekend and it should be fun!
Have a great weekend, wherever you are and whatever you’re doing!